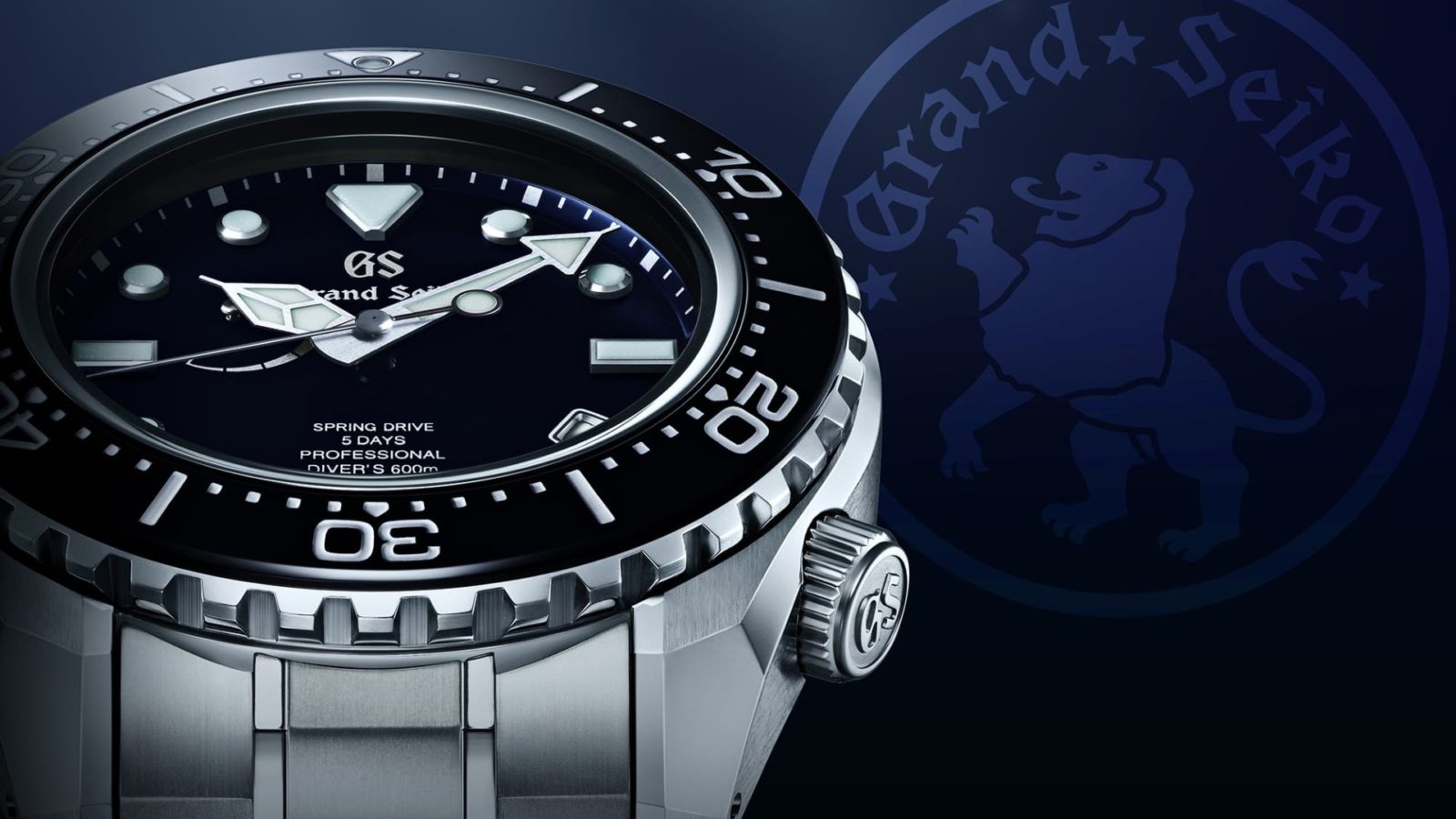 The premiere Japanese watchmaker celebrates their 60th with this impressive limited edition: one which raises the bar for technical performance and diver design alike.

Right about now, Grand Seiko are looking pretty omniscient. Last November — long before COVID-19’s devastating impact on the global economy — the brand made a very public exit from Baselworld, pledging to go their own way in the wake of a beleaguered, increasingly uncertain future. As Coronavirus worries continue to engulf Europe (we’ve already seen the virtual obliteration of this year’s tradeshow calendar) Grand Seiko have gone about their business, using the time that’s traditionally allocated to Baselworld to announce a string of exciting new releases — several of which celebrate the brand’s 60 odd years of technical innovation. The Grand Seiko SLGA001 follows in that vein. Powered by an all-new version of the brand’s proprietary Spring Drive, the SLGA001 offers a host of meaningful changes to Seiko enthusiasts — not least of which is the cutting edge, 5-day movement.

Let’s first dispense with the basics: by most standards, the SLGA001 isn’t a small watch. Measuring 46.9mm x 16mm, it wouldn’t look out of place adorning the wrist of an 80s action star — Stallone, Schwarzenegger, take your pick — and while the jury’s still out as to whether these proportions wear smaller than their ‘on paper’ dimensions, you can be reasonably confident that the SLGA001 is comfortable and fit for purpose. That’s because Grand Seiko’s watchmakers opted to manufacture almost all of the watch’s exposed surfaces in titanium, which as we all know (say it with me now) is scratch-proof and 40 percent lighter than stainless steel.

Reassuringly, the SLGA001’s dial utilises a design language which will feel familiar to most enthusiasts of steel sports watches. There’s a rotating bezel graduated for dives of up to 60 minutes; chunky dial furniture which provides good legibility above and below the big blue; and a base colour that’s suitably on-message without hurting practical concerns. The one crucial accent wearers will notice is the power reserve: positioned at 9 o’clock, the current stage of power is displayed via a red arrow, a useful shade in various environments.

Unusually, for their deepest-diving watch yet — a record previously held by the SBGH255 — Grand Seiko have settled on a movement that is not ‘mechanical’ in the pure sense of that word. Instead, their newest calibre advances the vitally important watchmaking technology of Spring Drive; and has plenty of interesting implications for the kind of extremely thin watchmaking that the brand could experiment with in the future.
As compared with previous iterations of the self-winding Spring Drive, the calibre 9RA5 presents advancements in three distinct areas: size, power and precision.

Despite the incongruity of outfitting a thinner movement in a burly titanium package, a flatter profile is exactly what Grand Seiko were chasing for the SLGA001’s power source. This has been achieved, in many cases, through common sense improvements to the preexisting Spring Drive architecture: the Magic Lever system has been re-positioned to sit lower under the winding rotor; while the gear train now lies along the movement’s central horizontal axis, fully beneath a single bridge. (The latter change to the Spring Drive’s layout means that the gear train is also more resistant to shock.)

The Grand Seiko SLGA001 60th anniversary limited edition will be available in a production run of 700 pieces. It is priced at approx. HK$101,285. To learn more, visit Grand Seiko online.