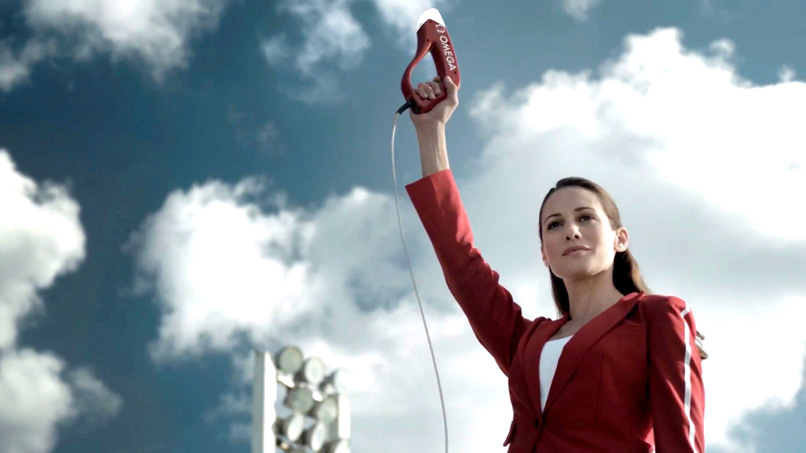 How Omega keeps the Olympic Games right on time

Since 1932, Swiss watchmaker Omega has had the distinction of serving as the Olympic Games’ official timekeeper. With the world’s attention currently focused on Rio de Janeiro for the XXI Olympiad, Omega has resumed its duty for the 27th time, bringing the latest technologies to the games.

While you might assume the responsibility of an official timekeeper ends at providing stopwatches, in fact a great deal of effort is required to ensure fairness in every competition. From the starting pistol to the photo-finish moment to the scoreboard, Omega employs their industry-leading mechanical capabilities and hunger for innovation to consistently create groundbreaking technologies that produce the most accurate results.

Because sounds travels slowly, in competitions where every millisecond matters, the old-fashioned starting pistol was causing major problems for athletes, especially those standing farthest away from the equipment. To address this disadvantage, Omega invented an electronic starting pistol that was first introduced at the Olympic Winter Games in Vancouver in 2010. The bright red device is comprised of a flash gun and a sound-generating box, which was then connected to external speakers individually positioned behind each racer. To begin a competition, the starter presses its trigger and sets three things simultaneously in motion: a sound to signify the start of the race, an illuminated flash and a pulse that initiates the timer.

The photo-finish camera, on the other hand, came to the rescue earlier, at the 1948 Olympic Games in London. Also known as the Magic Eye, the first-generation machine was able to produce a continuous image and a recorded speed, which could be modulated according to the specific needs of various sports. The next generation came out four years later and worked in tandem with the Omega Time Recorder, allowing timekeepers to deliver results within hundredths of a second, thus eliminating many controversial decisions. For this year in Rio, the brand has introduced the Scan’O’Vision MYRIA, a combination of a timer and a chronograph, which can take up to 10,000 digital images per second in advanced quality and size via a high-tech camera.

Also in 1948, the same year the photo-finish camera first appeared, photoelectric timing was introduced, replacing the limited capabilities of the human eye. A lightning-fast electrical current in the form of a light beam was placed along the finish line; as a racer ran past, the stopwatches were triggered, providing an astonishingly accurate time to the nearest 1/1000th of a second. In 2016, more than six decades later, this technology is still used for instant results at finish lines, with an brand-new version in place this year that operates with four cells instead of two.

Amongst the most popular and iconic competitions at the Olympic Game are the 100-metre races. In addition to the electronic starting pistol and the individual speakers, Omega has also developed a starting block that is sensitive enough to detect even the tiniest amount of pressure, leaving no chance for false starts. 100-metre freestyle swimming, meanwhile, utilises starting blocks with integrated loudspeakers and special sensors to detect the swimmers’ reaction times as they dive into the water. Their final time is then recorded by a push on the touch pads submerged at the end of each lane – yet another innovative creation by Omega.

In addition to the new toys at the Olympics, Omega has also released three new limited-edition Seamaster Aqua Terra watches in celebration of its 27th year as official timekeeper, and they are exclusively available to the Greater China market. These timepieces are inspired by the dynamic spirit of Rio de Janeiro: the wavy design on the dial of the Seamaster Diver 300M was inspired by the iconic mosaic of Copacabana’s sidewalks. The special-edition timepiece is available in lacquered black, silver or blue, with the lacquered black version limited to 3,106 models only. As the name suggests, the Seamaster Diver is water resistant to up to 300 metres and sports a very special Rio 2016™ logo stamped on the back, while the markings on the watch bezel appear in red, yellow, green and blue to echo the colours of the Olympic rings.

The Omega Speedmaster Mark II, on the other hand, features a polished and brushed stainless-steel case with bronze, silver and gold subdials, just like the medals awarded at the games. Only 2,016 pieces will be produced, and you’ll find the limited-edition number stamped on the screw-in casebook along with the logo of Rio 2016™. The Speedmaster Mark II ‘Rio 2016’ limited-edition watch is powered by the Omega calibre 3330, equipped with a Si14 silicon balance spring and Omega’s exclusive Co-Axial escapement with three levels. It is also water-resistant up to 100 metres.

Last but not least, the Seamaster Bullhead Rio features a blue leather strap with stitchings along each side in Olympic-inspired colours, which are once again displayed on the rotating inner bezel. Built with Omega’s Co-Axial calibre 3113 and stamped with the limited edition Rio 2016™ logo on the back, this is one for any sports lover and is limited to only 316 pieces.

To inform the public about its hard work and achievements as the Olympic Games’ official timekeeper since 1932, Omega is holding an exhibition at the Ocean Terminal in Tsim Sha Tsui until 10 August 2016.