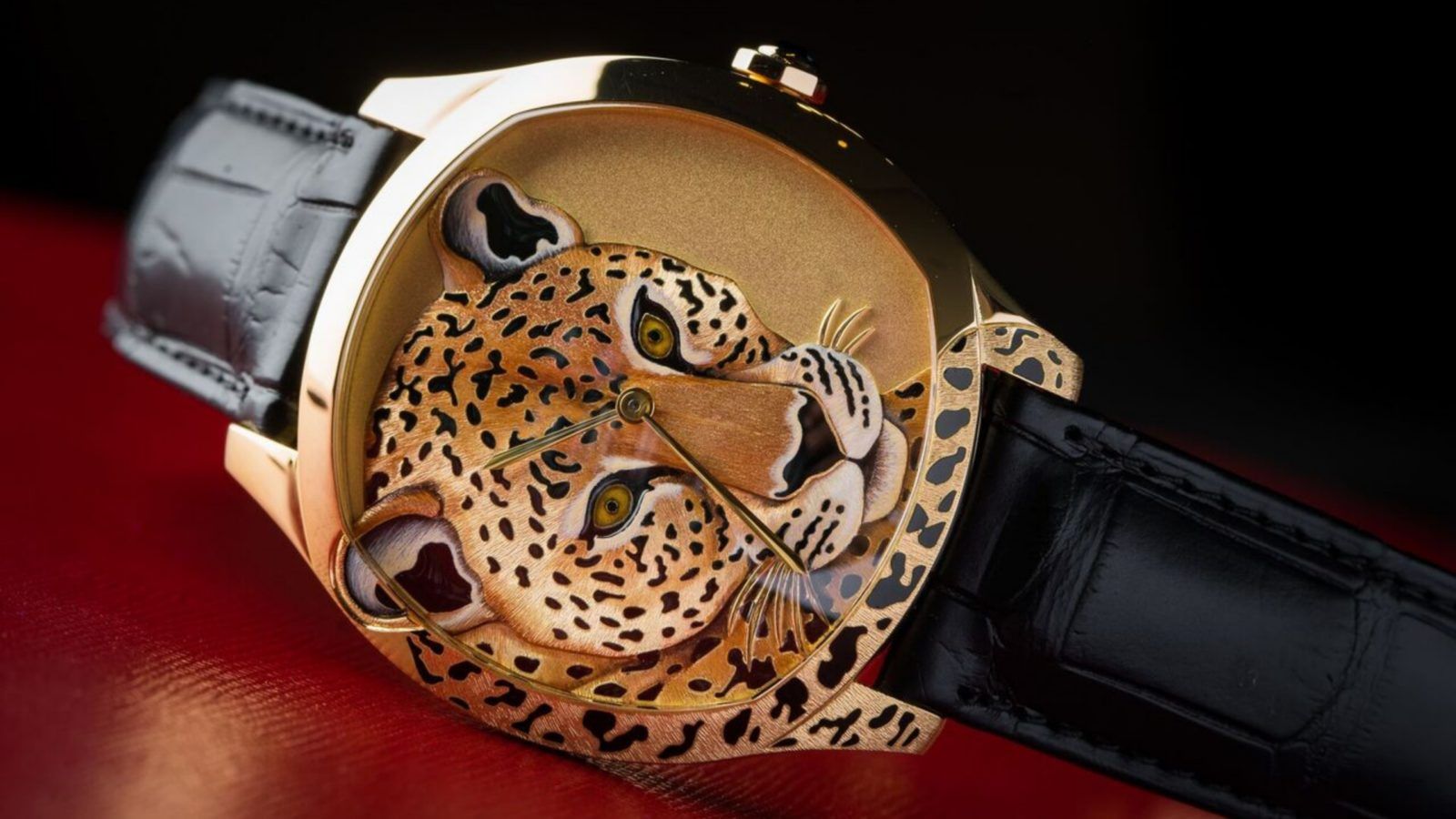 The wild side of haute horologie.

There isn’t a single form of art that hasn’t been influenced or taken inspiration from the vibrancy of mother nature’s aesthetics. The art of fine watchmaking is guilty of this, too. Taking after the mighty oceans and the roaring jungles, some of the watchmaking expressions turn out highly elegant while others, absolutely fierce. Yet all of it, in admiration of the animal kingdom and its limitless glory. Mother nature is a muse to horology, and every once in a while, we see a true spectacle. Highlighting seven of them today, here are a few luxury watches inspired by the beauty of the animal kingdom.

You may also like…
Style
5 most innovative timepieces from Watches & Wonders 2021
Style
Q&A: Laurent Dordet, CEO of Hermès Watches, on the brand new, all-terrain H08

Let’s start off this list on an aquatic note. In early 2020, Carl F. Bucherer teamed up with Manta Trust, a UK-based charity, over a truly special timepiece called the Black Manta edition. More so, all proceeds from the watch will be donated to the cause. On this note of sustainability and oceanic care, the textured dial also houses a silhouette of a graceful manta while the straps are crafted out of recycled PET bottles. Its case back is decorated with a stunning and detailed engraving of a manta.

The glorious Serpenti. Year after year since 1978, we’ve seen it shed its skin. In its earliest form, the Serpenti was designed to embody the silhouette of a snake’s body slithering and wrapping around a lady’s wrist. At first glance itself, you’ll understand its unique design — the bracelet of the serpent loops around the wrist and is enriched in high jewellery and precious metals, while the head of the serpent would be a timepiece. In later editions, the Serpenti’s dial took after the actual shape of a serpent’s head.

VC is perhaps the most radical watchmaker of this generation and they never fail to impress us with the design innovation and the sheer complexity of their craft. One of their latest offerings, however, came with pure animal instincts: The Les Cabinotiers Mécaniques Sauvages. The 14-Day Tourbillon Lion, the Armillary Tourbillon Snake and the Mysterious Animals Tiger are our top picks from this capsule.

On a slightly chirpy note, meet the Jaquet Droz Bird Repeater, which features an adorable vignette of birds feeding their young every time the watch chimes. One of the most expensive luxury watches of all time, this timepiece boasts a complication called an automaton.

Hermès’s brand signature is highly equestrian but we couldn’t help but talk about this one; a watch that takes after a long-lost resident of the Earth and true apex predator of its time. Aptly named ‘Arceau Pocket Aaaaaargh!’, the timepieces beats to the rhythm of Hermès Manufacture H1924 with a refined white enamel dial. The magic, however, is on the outside, as the case is adorned with a tyrannosaurus composed of marquetry and leather mosaic.

Richard-Mille is no slouch when it comes to crafting exotic, bespoke dials on their luxury watches. Taking after the international symbol of peace, the RM-26 boasts a panda on its skeletal dial, who appears to be busy snacking on bamboo. The case and crown feature hundreds of brilliant-cut diamonds. The panda, too, is bedazzling with diamonds and black sapphires. The baseplate of this timepiece is made out of black onyx.

Even though this timepiece made its debut at the 2017 edition of the SIHH, you can tell it embodies Carter’s timeless aesthetic and appeal. The timepiece is such a beautiful example of enamelling and marquetry in the watchmaking industry. Cased in 18K yellow gold, the dial requires a number of techniques to craft, including hand painting.

(All images courtesy of their respective brands)

Luxury Watches Vacheron Constantin Jaquet Droz Richard Mille Cartier Panthere Carl F. Bucherer Animal Inspired Jewellery Bvlgari Serpenti
You might also like ...
Style
5 most innovative timepieces from Watches & Wonders 2021
Style
Q&A: Laurent Dordet, CEO of Hermès Watches, on the brand new, all-terrain H08
Style
The best Audemars Piguet Royal Oak watches to look forward to in 2021
Style
Appreciate the intricacies of the tourbillon in these new Rotonde de Cartier watches
Lifestyle Asia
Here's where you can read the latest news and stories from Lifestyle Asia and our sister titles PrestigeOnline and Augustman, curated from all of our editions in Hong Kong, Singapore, Kuala Lumpur, Bangkok and India.
Luxury
Sign up for our newsletters to have the latest stories delivered straight to your inbox every week.