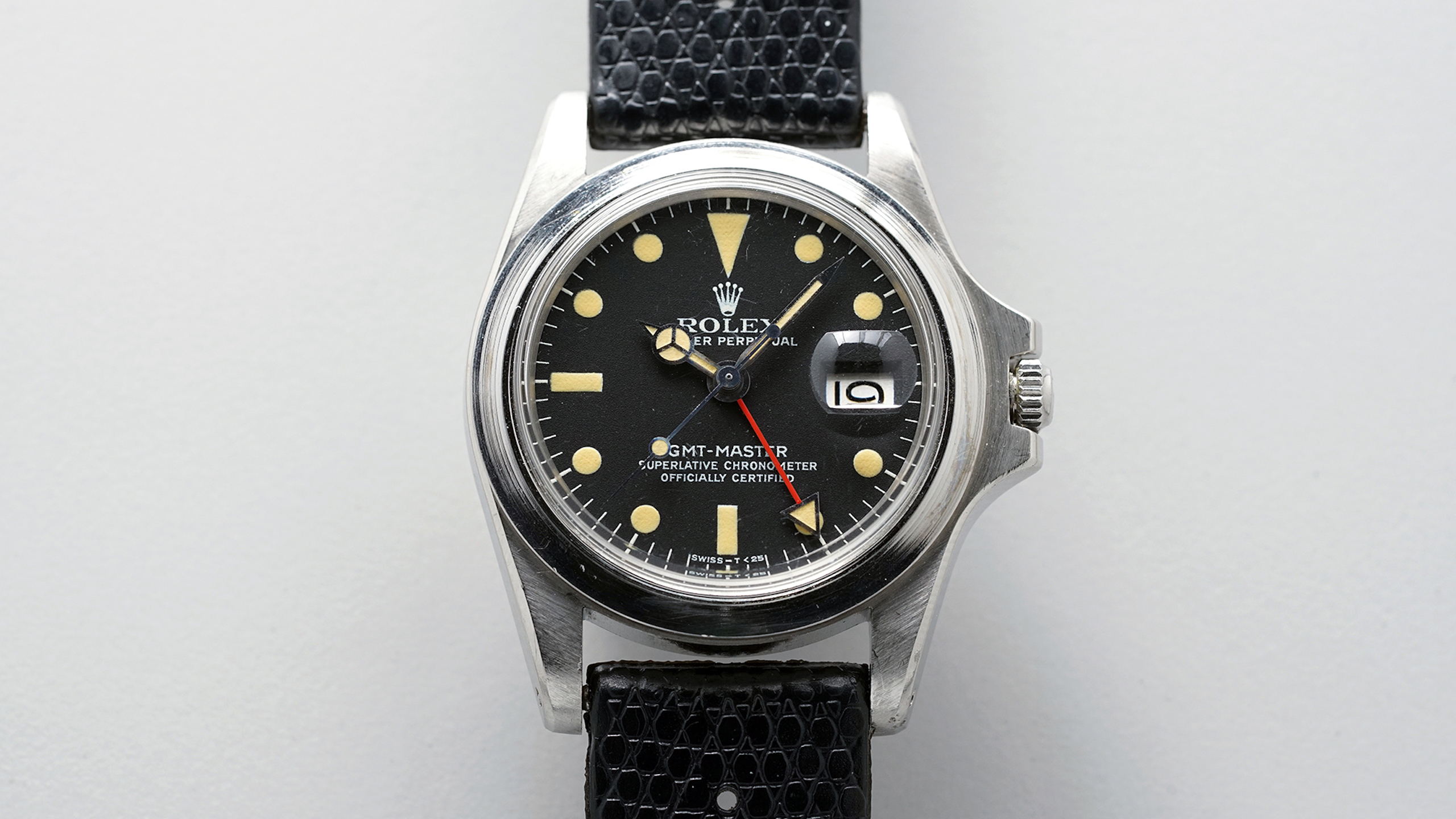 Over the past three years, the major auction houses have generated a tidal wave of buzz around their respective watch divisions, by selling pieces which lean heavily on — at times dubious — celebrity provenance. Phillips’ offering of Paul Newman’s very own Paul Newman Daytona (which hammered at the record-breaking price of US$17.75 million) is still the peak embodiment of this trend, but in 2018 was followed by the sale of Elvis’s personal Tiffany-signed OMEGA — netting another cool US$1.8 million in the process. This December, in association with Bacs & Russo, the famed auction house looks set to once again dominate the pop cultural conversation, with a watch formerly owned by one of the finest actors of the 20th century — Mr. Marlon Brando.

Often touted by vintage experts to be one of the ‘long lost’ Rolex grails, this GMT-Master (Ref. 1675) — personally worn by Brando for over two decades — has not been seen publicly since the 1970s. Specialists at Phillips have confirmed it is a GMT-Master manufactured in 1972, and is most famously remembered for having been worn by Brando on the set of Apocalypse Now — the Oscar-winning war film in which he portrayed Colonel Walter E. Kurtz.

The watch’s unique appearance — which includes a retrofitted leather strap and case sans bezel — is the result of an on-set interaction between Brando and the filmmakers. He was initially advised not to wear it — the GMT bezel would reportedly ‘stand out’ during shooting — but was subsequently allowed to, after self-removing the bezel. Other talking points include the signed caseback — which Brando is reported to have hand-decorated (with the words ‘M. Brando’) using a simple engraving pen.

Though Phillips have yet to disclose an estimate for this piece (and more importantly, whether it’s being offered without a reserve), the fact that this is a Rolex sports watch, previously owned by a cinematic icon, is bound to generate a whirlwind of interest. As with last year’s sale of the Elvis pedigree OMEGA, industry watchers are predicting an influx of bidding, motivated by the participation of collectors specialising in film and television paraphernalia.

The piece was originally acquired from the estate of Brando’s daughter Petra and her husband Russell Fischer, and is being auctioned as part of Phillips’ GAME CHANGERS — a thematic sale dedicated to timepieces owned by collectors who are considered iconic in their respective fields. One thing’s for certain — this is probably going to be the most expensive Rolex to ever be sold without its bezel. We’ll have more on this story as it develops.