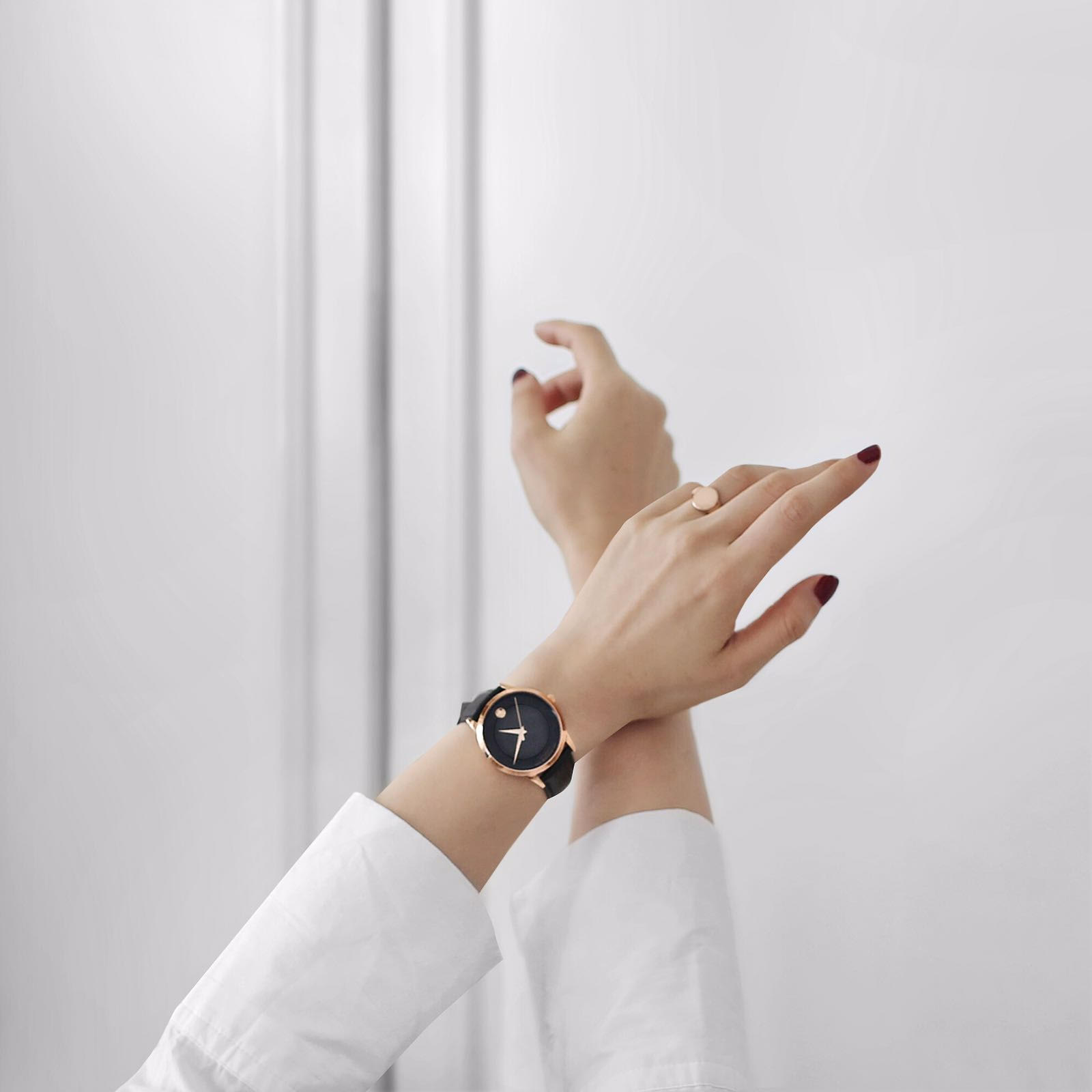 Movado celebrates the 70th anniversary of its iconic Museum Dial

In the world of watchmaking, it’s not only laser-sharp precision and top-tier functionality that every company hopes to achieve, but also an iconic design that sets their watches apart. With more than 135 years of history, Movado has placed an emphasis on design innovation and excellence since it was first founded by an entrepreneurial 19-year-old named Achille Ditesheim. More than a century later, the brand is now celebrating the 70th anniversary of its most iconic design: the Museum Dial.

Though Movado has produced innovative designs throughout its history — including groundbreaking innovations and collaborations with artists such as Andy Warhol — none have become more iconic than the Museum Dial, the conceptual marvel that signifies 12 o’clock (and the sun) with a single dot. Created by artist/designer Nathan George Horwitt in 1947, the Museum Dial has become both an icon of Modernism and the bold signature of the Movado brand.

The creation story involves one of the greatest minds of all time: Albert Einstein. In the process of working on the Museum Dial, Horwitt sent Einstein several sketches of the watch. Einstein responded to Horwitt’s design genius in a note, writing, “When I received the sketch of the clock you invented I was impressed by this simple and convincing idea.” (In recognition of this incredible camaraderie, and as part of the 2017 Design Genius initiative, Movado will lend its support to the Albert Einstein Foundation and sponsor programs and initiatives that bring innovative new ideas to fruition.)

“We do not know time as a number sequence, but by the position of the sun as the earth rotates,” said Horwitt by way of explaining his design concept. Thus, the dot provides an image of the sun at high noon, while the moving hands suggest the movement of the earth.

Over the decades, the design has appeared in many different styles, but the basics have remained the same: two hands, no second hand, one dot, no other indicators of time, and a flat face free of ornamentation aside from the solitary dot, usually in gold or silver. Last year saw the introduction of the Movado Edge collection, a collaboration with award-winning, world-renowned industrial designer Yves Béhar and his firm FuseProject. While Horwitt’s original design was fully two-dimensional, Behar added three-dimensional texture to the Museum Dial, with a curved face featuring raised lines that suggest both the rays of the sun and the minutes of the hour.

To celebrate the 70th anniversary of Horwitt’s groundbreaking design, Movado is going back to basics by releasing two Special Edition Museum Dial watches for men and women. Drawing upon the aesthetic philosophy of the Bauhaus movement — simplicity, tastefulness, function — and details from Horwitt’s original design, the new releases are ultra-slim and display a minimalistic beauty.

The men’s version (HK$5,400) is crafted from yellow gold PVD-finished steel and features a polished 40-mm case that’s only 6.3 mm in thickness. The simple black lacquer Museum Dial features slim, gold-toned hands and a flat dot at 12 o’clock. It’s presented on a black calfskin strap with a matching gold-toned tongue buckle. The women’s version (HK$5,400) differs only in size — 35-mm case, 5.85 mm deep — and colour, this one a combination of white and rose gold.

To purchase these watches, go to Movado’s online shop.

Fashion Style Watches Accessories swiss watches Movado Movado Watches Movado Design Genius Museum Dial Museum Dot Museum Dot Dial Museum Watch Nathan George Horwitt Watch Design Museum Dial Watch
Michael Alan Connelly
Head of Digital Content
A Chicagoan by birth and a New Yorker by habit, Michael has more than a decade of experience in digital publishing at leading titles in the U.S. and Asia. When he's not checking out Hong Kong's newest restaurants and bars or jet setting around the globe, you'll find him hanging out with his dog Buster and enjoying an Aperol Spritz.
Travel Hotels Restaurants Cocktails Culture Italy Art Music Cheese
Sign up for our newsletters to have the latest stories delivered straight to your inbox every week.