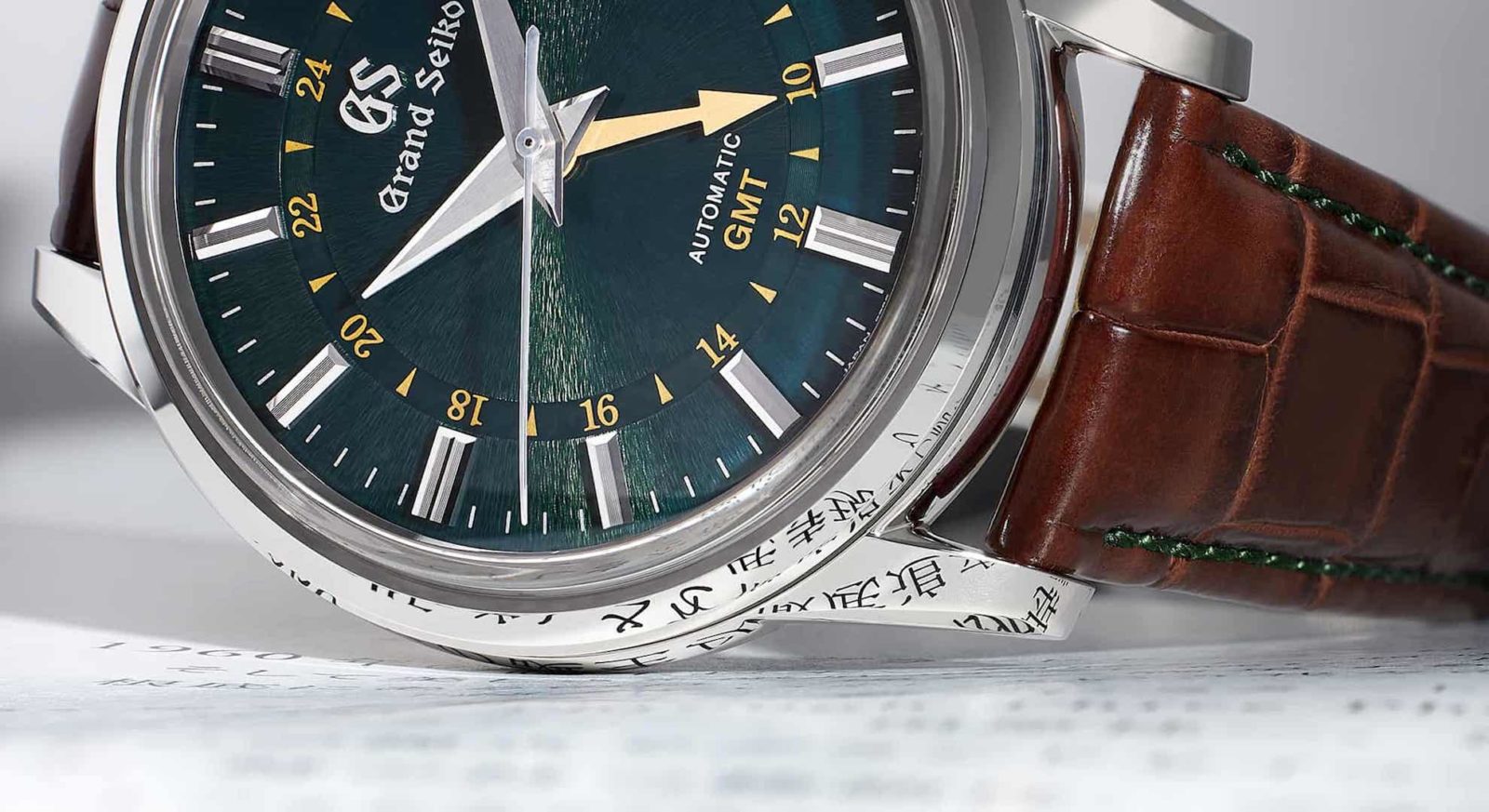 Grand Seiko’s special edition for storied transatlantic retailer Watces of Switzerland treads lightly in the SBGM221’s shoes, but distinguishes itself with the addition of the arresting tōgè green dial — a colour with significance in both British and Japanese culture.

You might also like…
Style
History of Time: Grand Seiko and the eternal quest for perfection
Beauty & Grooming
5 of the most influential men’s fragrances of all time

Collaborative editions with retailers, designers and public personas are a longstanding tradition in the watch world. Why, this year alone, there’s already been a Kith/Casio team-up, the small matter of Audemars Piguet partnering with a notable Chinese watch influencer and we’re not even through June. Regardless, whenever a new Grand Seiko collab is announced, I tend to sit up and pay closer attention — this May being no exception.

In concert with Watches of Switzerland (the UK and US based retailer), Grand Seiko has just unveiled the new SBGM241 ‘Tōgè‘. Assuming you’re conversant in Seiko-nese, each model’s reference number is helpful in understanding its origin. For this special edition, inspiration has clearly been derived from the earlier generation SBGM221 — a robust, dress-style travel watch distinguished by its beautifully lacquered cream dial.

The main difference between the two references is discernible from the dial. For this iteration of its signature ‘Mt. Iwate’ dial — so called because it evokes the eponymous mountain’s ridged peaks, visible from Shizukuishi — Grand Seiko decided to tackle British racing green, or rather, a Japanophile’s version of it. Nicknamed Tōgè, the SBGM241 exhibits a melange of lush, arboreal greens: equally at home capturing the aesthetic of vintage car culture as it is a forested mountain pass.

Though it pains me to state the obvious, it’s amazing what a simple palette swap can do for a really great design. Technically speaking, the SBGM241 and its predecessor are identical watches; and yet, they couldn’t be any more visually distinct from one another. The Tōgè green’s impossible depth and colour serves to strengthen the impact of the other elements of the dial, and there’s just something indefinably satisfying about Grand Seiko’s choice to pair this colour with the dressier GMT layout used throughout the ‘Elegance’ collection. Take note, guys: if you can manage it, definitely find a way to see this in the metal!

Suite Staycation: Ascend into the heavens at The Ritz-Carlton Hong Kong