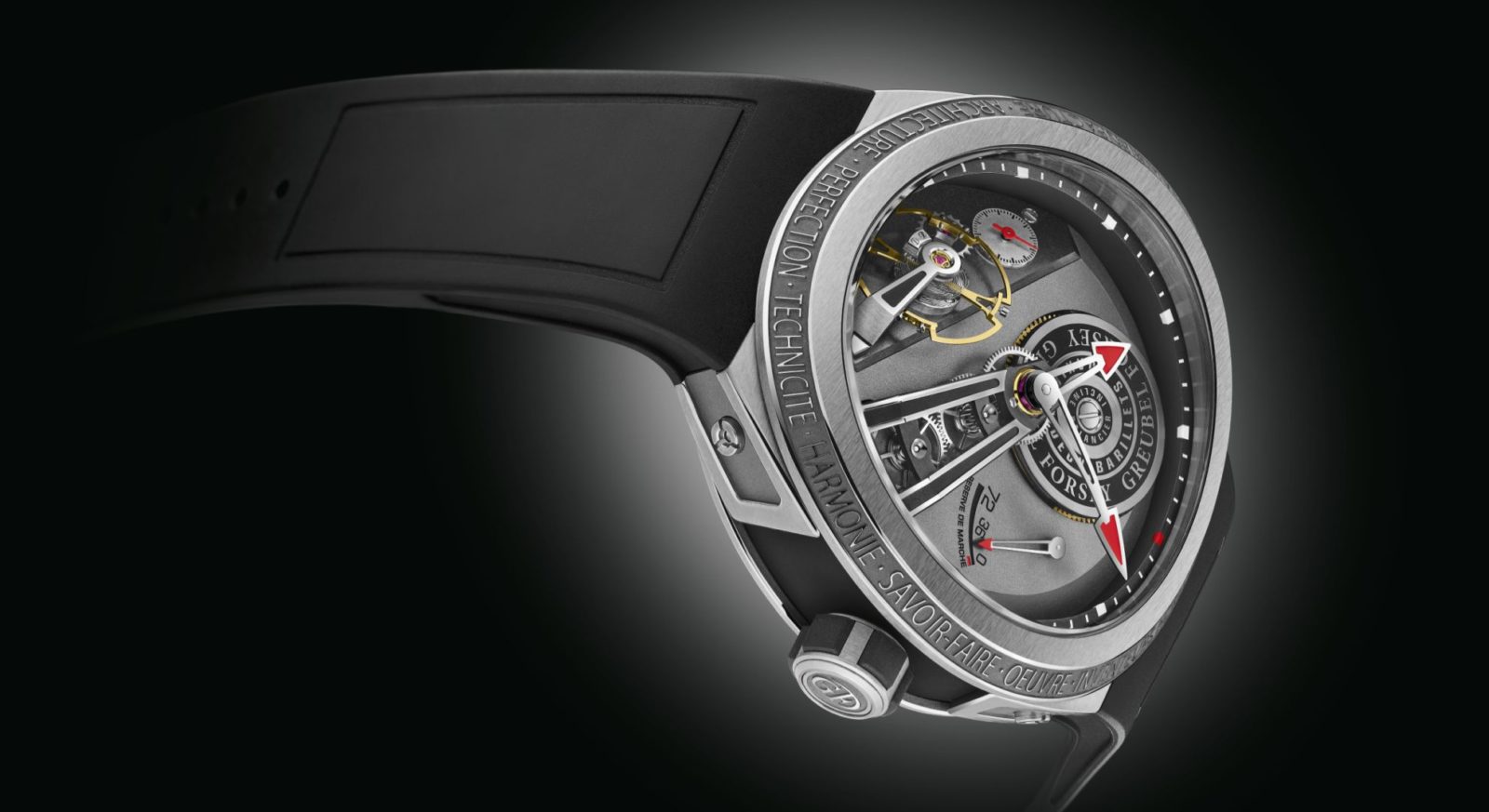 A year after the release of the 2019 GMT Sport, Greubel Forsey is once again dipping its toe back into the whirlpool of robust, on-bracelet watches with the Balancier S — a brutishly sized time-only titanium number, driven by what feels like the brand’s simplest movement to date (but bear in mind, we’re talking by Greubel Forsey standards).

Granted, we’ll start by acknowledging that it is indeed strange to see a Greubel Forsey model where the movement (in all its trademark diorama-esque glory) isn’t at the design’s literal and figurative centre. Those expecting a visual experience akin to the GMT Earth are likely to come away disappointed. But what the brand has chosen to emphasise this time round is the watch’s exterior persona. What I mean by this is, from a bird’s eye view, the Balancier S (objectively, a pretty beefy 45mm x 13.75mm) possesses the appearance of a perfect circle. Tilt your wrist even slightly however, and you’ll be rewarded with a weird, wonderful intermingling of geometries — made possible by the watch’s ovoid bezel and the curvature of its sapphire crystal.

Next to the impact of the watch when worn, the caseback is a comparatively restrained affair. Through it, wearers can see the Balancier S’s hand-wound movement — unusual among the Greubel Forsey lineup due to its ample use of bridges. There’s some meticulous hand-finishing on these — as per usual — but the real spectacle is to be found dial-side.

There’s something particularly unusual about a time-only Greubel wristwatch (in a good way) but that doesn’t mean Balancier S wearers will lack for visual drama. Aside from the impossible-to-miss balance wheel — fixed at an incline along with the rest of the escapement at 30 degrees — you’ll find a suspended channel, arcing from four o’clock to the centre of the dial, through which the watch’s gear train is visible. That’s a clever way to turn an obligatory part of the movement into something remarkable. Then again, if anybody is capable of imagining art where others simply see some screws and wheels, I’ve a feeling that Stephen Forsey is on the shortlist.