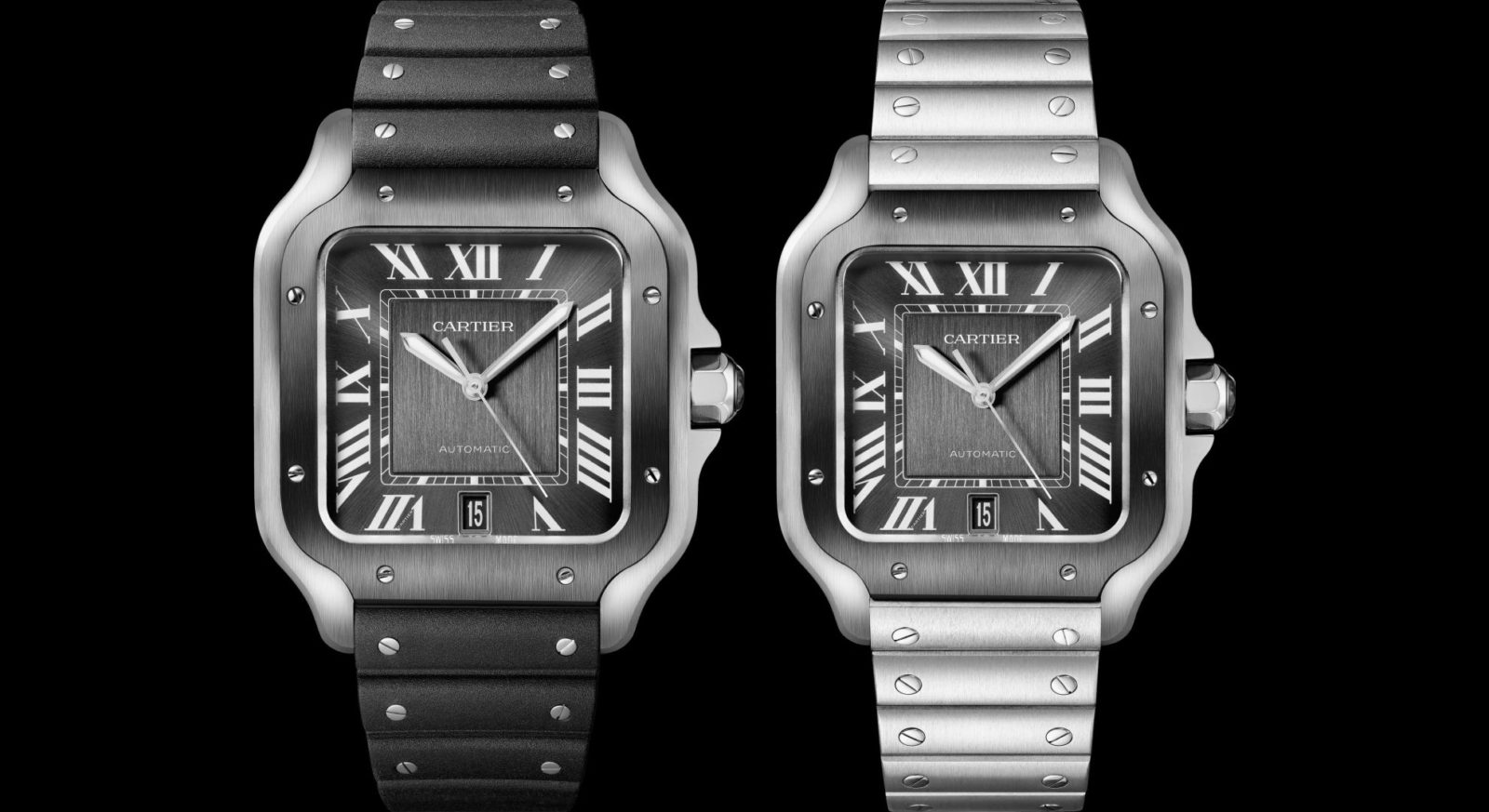 The revamped Santos collection gets four new additions, all clad in a lethal combo of steel and diamond-like carbon.

Following the success of models like last year’s skeletonised Noctambule, Cartier has just revealed (with very little fanfare) its first new additions to the burgeoning Santos de Cartier lineup for 2020. The collection (named for and inspired by Brazilian aviator Alberto Santos-Dumont) was given a complete overhaul in 2018, with options ranging from simple, quartz two-handers to brash gem-encrusted designs.

Now, in a reflection of the current collection’s modern spirit and the versatile Santos DNA, four new releases have just hit the web — making a splash with striking monochrome cases previously only seen on the open-worked Santos de Cartier models.

You might also like…
Style
The Santos de Cartier Skeleton is a time-telling nocturnal animal
Style
Wristy Business: Reviewing the Cartier Santos in two-tone steel & gold

The new monochrome-themed pieces are available in two variations: one with an ultra-black dial (resembling the surrounding diamond-like carbon in both colour and density); and the other sporting a finish in satin-brushed gunmetal grey.

As with all Santos models circa 2018, wearers will be able to alternate between a rubber or alligator strap and Cartier’s signature riveted bracelet — courtesy of the proprietary QuickSwitch system. Movement buffs will likely also recognise the calibre 1847MC: something of a workhorse movement for Cartier, already in service with much of the collection’s medium and large Santoses. Notable functions include time and date, in addition to a 42-hour power reserve (capable of keeping good time for just shy of a whole weekend).