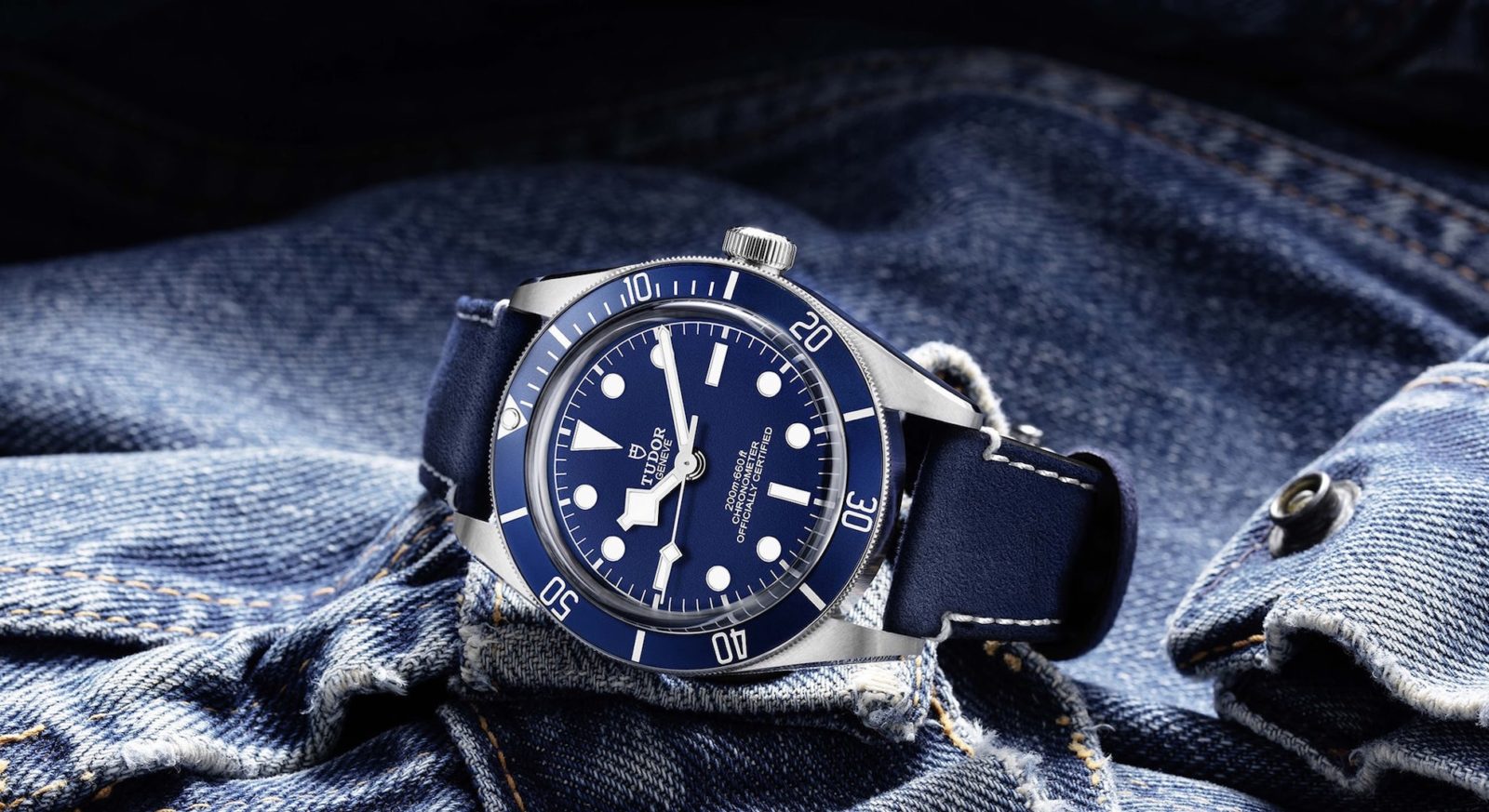 This new colourway, bonded to a familiar design language, gives fans of Rolex’s enfant terrible exactly what they’ve been clamouring for.

In a manner that has become emblematic of every launch affiliated with the Crown, Tudor — without so much as blinking — dropped what many are already calling the first, genuine ‘Watch of the Year’ contender in 2020. That’s right, we’re talking Black Bay. More specifically, the Black Bay Fifty-Eight: A modernisation of the brand’s uber-collectible Oyster Prince Submariner; measuring 39mm x 11.9mm and powered by a precise self-winding movement (calibre MT5402), which was built specifically for that release.

As you’d expect, the latest iteration of the BB58 is a technical copy of its predecessor. The big differentiator here is aesthetic, with the dial, bezel and accessories all cast in a very handsome (if somewhat zeigeist-y) blue.

The move to produce a best-selling three-hander in multiple colourways doesn’t feel especially radical, yet Tudor is one of very few brands (along with big brother Rolex) who time and time again are able to take take such simple premises and drum them into full-blown mania amongst enthusiasts.

At any given time, there’s a web of reasons that contribute to this hit factor, though one notable aspect is how the current BB58 allows consumers to embrace the spirit of vintage watchmaking at a surprisingly reasonable price.

To put it another way, the new BB58 isn’t a vintage watch. Rather, it does an extremely uncanny impression of one: The bezel and dial echo the appearance of Tudor’s ‘MN’ Submariners, so-called because they were issued to the Marine Nationale (French navy) well into the 1970s. That’s not all though. Close up, even from press images, observant readers will notice that Tudor have managed to recreate a not-insubstantial number of details that are tailor-made for aficionados of the original ‘MN’ Submariner.

There’s the slim, polished bevel which runs across the length of each otherwise matte-brushed lug. Or how about the screen-printed bezels made from aluminium? A material abandoned by Rolex some 15 odd years ago — in the wake of Cerachrom’s introduction — yet prized amongst vintage lovers for its ageing potential. I could go on.

It’s the combination of these details, macro and micro, that make this such an appealing release to so many different denominations of watch collector. Under the hood, so to speak, Tudor’s self-winding calibre MT5402 continues to pull good weight: Outputting around 70 hours at 28,800 vph. On top of that, the MT5402 is a COSC-certified movement, offering precision that has been made possible by the addition of a silicone hairspring and free-sprung balance wheel.

With rumours circulating that this release has already begun trading in the secondary market at a 35 percent markup, your best bit would probably be to finagle your way onto the nearest waitlist. Hell, if you’re lucky, wait times might still only be a year.

The Tudor Black Bay Fifty-Eight ‘Navy Blue’ is now available. On an integrated steel bracelet, the watch is priced at HK$27,600. Alternatively, on the ‘fabric’ and ‘soft touch’ straps, it is priced at HK$25,200. To learn more, visit Tudor online.