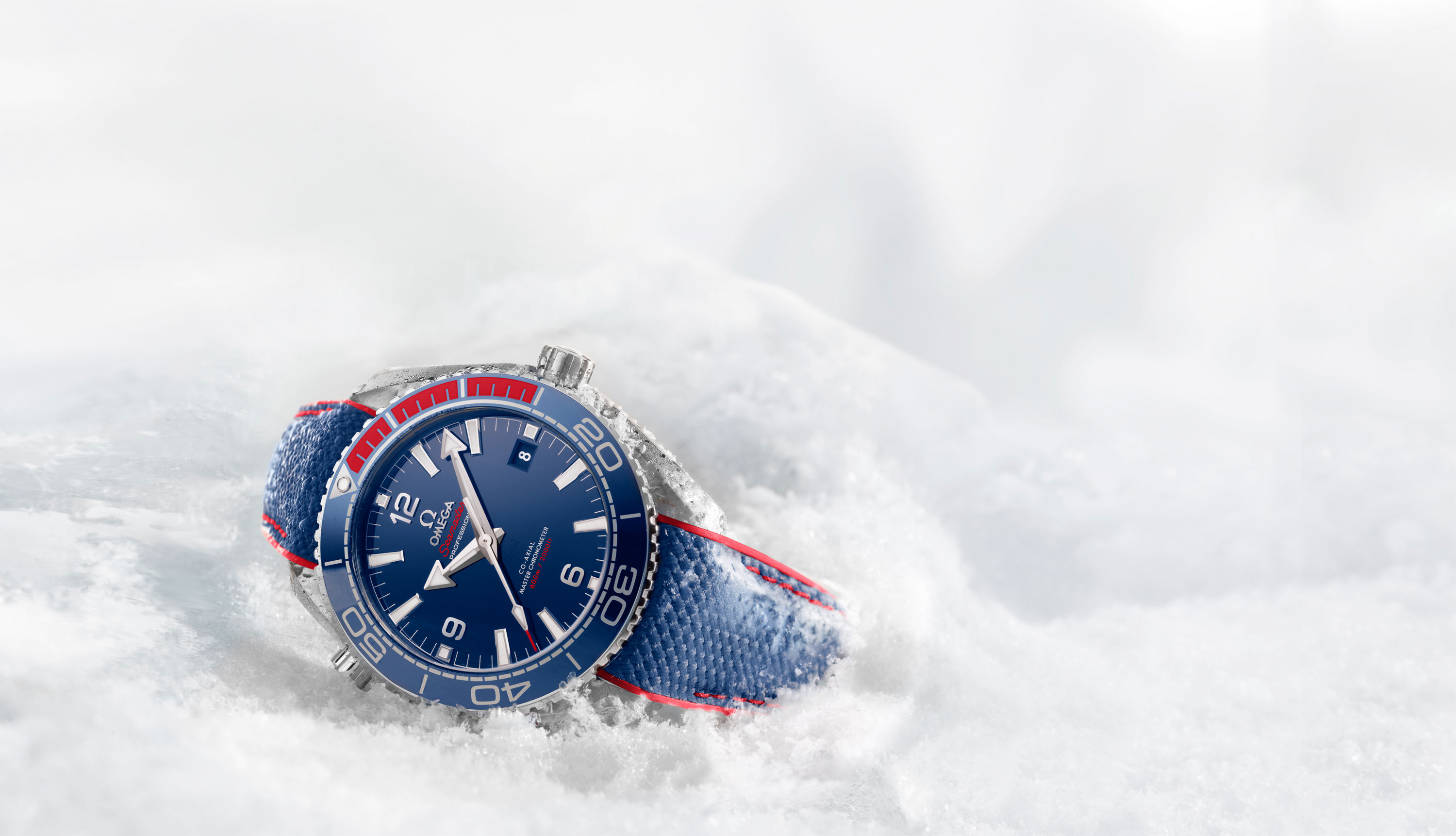 Omega first served as the Official Timekeeper of the Olympic Winter Games in 1936 and the Olympic Games in 1932; since then, the iconic watchmaker has been present at every single match, witnessing top athletes make history on the world’s greatest stage, and ensuring fairness during the rigorous sporting competitions. With all eyes currently set on PyeongChang for the XXIII Olympic Winter Games, Omega is once again ready to resume its duty as official timekeeper for the 28th time.

This year, Omega is prepared to send 300 timekeepers and 230 tons of equipment to South Korea, forming a stark contrast to the single technician and 27 Omega stopwatches that were sent for its first official timekeeping mission at the Winter Games. Over the past 82 years, Omega has continued to work tirelessly into developing new technologies and honing its expertise, earning its unrivalled reputation in timekeeping in the process.

If you’re wondering why keeping time would require 230 tons of equipment, that’s because the responsibility of an official timekeeper is a lot more than merely providing stopwatches. From the starting gates to the photo-finish cameras and the scoreboards, Omega employs their industry-leading mechanical capabilities and hunger for innovation to consistently create groundbreaking technologies to produce the most accurate results.

Sound travels very slowly, and in competitions where every millisecond matters, old-fashioned starting pistols were causing major problems for athletes, especially those standing farthest away from the equipment. To address this disadvantage, Omega debuted the starting gates in alpine skiing at the Olympic Games in 1956. Using an Omega Quartz Recorder, the watchmaker was able to mark the beginning of each run individually, which would be triggered to start counting as soon as the athletes passed through.

Fast forward to today, and there’s an even better option: the Snowgate. Introduced at Vancouver 2010, the Snowgate ensures that the starting pulse sounds when the “wand” is at precisely the same angle for every competitor, along with a timing system that is automatically activated as soon as an athlete bursts through. From that moment onwards, measurements are constantly updated at various intermediate points, shown on the large screens in real-time as the speed changes.

Apart from speeds, Omega has also developed technologies such as Stromotion, Simulcam and the ever-evolving Scan’O’Vision cameras, used to provide more accurate statistical information in a broad range of sports. This month in PyeongChang, the watch brand has announced that a wide range of measurements — from ice hockey positions and movements to ski jump speeds — will be instantly available to media and spectators, ensuring we all have a greater understanding of each sport as it happens in real-time.

In addition to the advanced new toys at the Olympic Winter Games, Omega has also created special editions of its Seamaster wristwatches to commemorate the PyeongChang 2018 Olympic Winter Games. Limited to 2018 pieces, the Seamaster Planet Ocean “PyeongChang 2018” is powered by the Co-Axial Master Chronometer Calibre 8900 and features a 41mm stainless steel case, a domed, scratch-resistant sapphire crystal, as well as an aesthetically striking colour combination of blue and red (which echoes the colours of the Korean flag). There’s also an unidirectional rotating diving bezel, featuring a blue ceramic ring, Omega Liquidmetal diving scale, and red rubber cover for the first 15 minutes — a world’s first.

Other than the bezel, the Omega Liquidmetal has also been used for the minute scale and the dot at 12H on the blue ceramic [ZrO2] dial, while the indexes, hour and second hands are all coated with white Super-LumiNova emitting a blue glow. The minute hand, meanwhile, is in line with the dot on the bezel, emitting a green glow.  There’s a helium escape valve placed at 10H, which is embossed with “He”. The new alveol-patterned screw-in caseback, on the other hand, is engraved in blue with the words ‘Planet Ocean’ and ‘Limited Edition’, along with the watch’s limited edition number, while the words “PyeongChang 2018” and the Olympic Winter Games logo have been transferred to the caseback’s sapphire crystal.

What we are really excited about, however, is the brand new Seamaster Olympic Games Collection, which comes with five 39.5 mm watches in five vibrant colourways (black, yellow, green, blue and red) referencing those of the famous rings of the Olympic Games. Other than the eye-catching colours and playful spirit, the collection also features a stopwatch-inspired design, referencing the timekeepers that were used at the 1976 events in Montreal and Innsbruck.

Designed to be read at a glance, sporty hands and bold hour markers as well as an easy-to-read minute track are all set in sharp contrast with the domed black and white dial. To enhance the sporty look, Omega has added a coloured pulse reader encircling the dial, with three narrowly separated 20-second timing intervals, so the wearer can easily calculate their pulse-beats-per-minute.

Flip the watch over, and you’ll find an anodized aluminium ring on the caseback that lists out all known host cities and dates from Omega’s first official journey at the Olympics in “Los Angeles 1932”, all the way to “Los Angeles 2028”, celebrating its timekeeping legacy for all these years.

These watches are driven by the Master Chronometer calibre 8800, and only 2,032 versions of each model have been created, a number referencing Omega’s role as Official Timekeeper, which has just been extended through to 2032, marking 100 years of Olympic Games timekeeping.

As we eagerly wait for the official kick off of PyeoungChang 2018, take a look at the video below for a glimpse of the numerous Olympic dreams Omega has witnessed and recorded over the years.