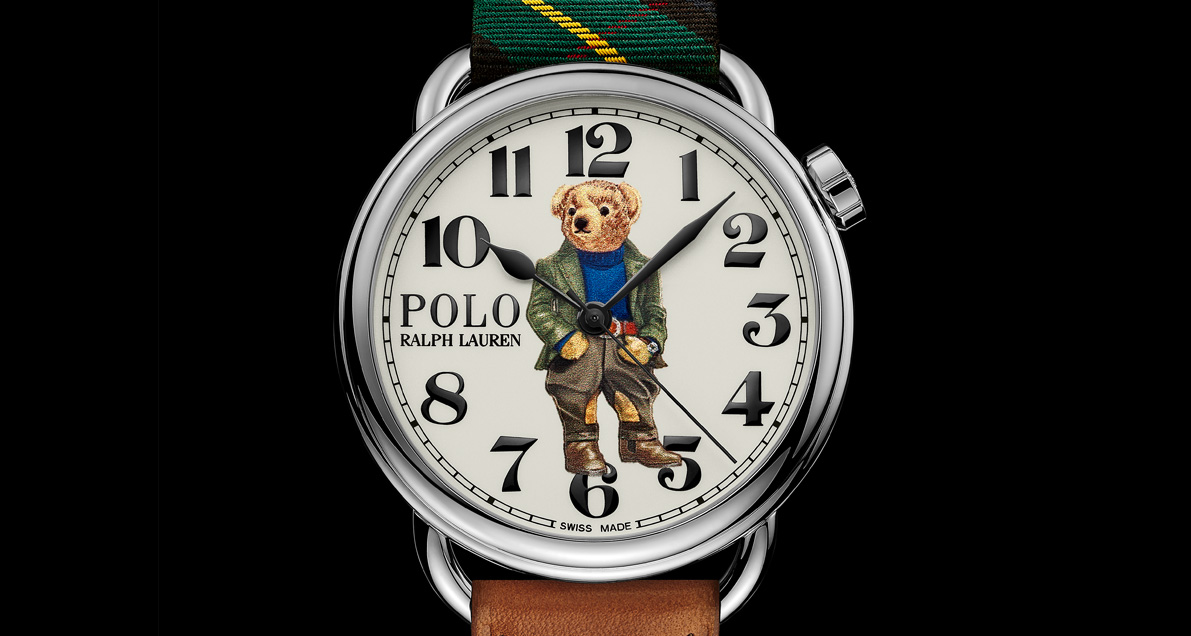 It’s Ralph Lauren’s 50th Anniversary, and the brand’s ending the year with a unique (and incredibly adorable) collection of watches that celebrates one of America’s most iconic fashion designers, and his signature Polo Bear.

Debuted in 1991, the first Polo Bear watches were created in tribute to the limited-edition bears by famed German toy manufacturer Steiff, all dressed in miniaturised Polo Ralph Lauren apparels. This new special-edition Polo Bear watch collection, made in limited quantity, features three variations — the Bedford Bear, the Denim Flag bear and the Tuxedo bear — from the brand’s archive, which stars three bears dressed in the designer’s signature attires.

Offered with two strap options of tartan silk or tan leather, the first watch stars the Bedford Bear in a tweed sport coat and riding jodhpurs, an iconic outfit that Ralph Lauren is known for wearing around his English-inspired manor in New York State. “I was going to live in England,” said the designer. “But then I bought Bedford and turned it into my vision of England — but filled with American energy.”

The Denim Flag version, meanwhile, is available in distressed denim or leather straps, and is highlighted with a bear dressed in a denim jacket with jeans and the Polo flag sweater. This outfit mirrors the one Lauren notably wore in a 1989 advertisement photographed at his Colorado ranch, which demonstrates his love for the authenticity of well-worn workshirts and utility jackets.

Lastly, the Tuxedo bear, set alongside a sophisticated black alligator strap, appears in a distinct combination of a double-breasted dinner jacket, denim and steel-tipped boots — a look he has reinterpreted for formal occasions throughout his career, including at his recent 50th anniversary celebrations in New York City. “I have always loved contradiction,” the designer said about his love for high-low styling.

All three watches come in 42mm round cases and exhibition case backs, and are powered by an automatic, Swiss-made RL200 movement featuring 26 jewels and a 38-hour power reserve. These watches are priced at HK$15,300 each, and you can find them now at Ralph Lauren’s Landmark Prince’s and Ocean Terminal stores.