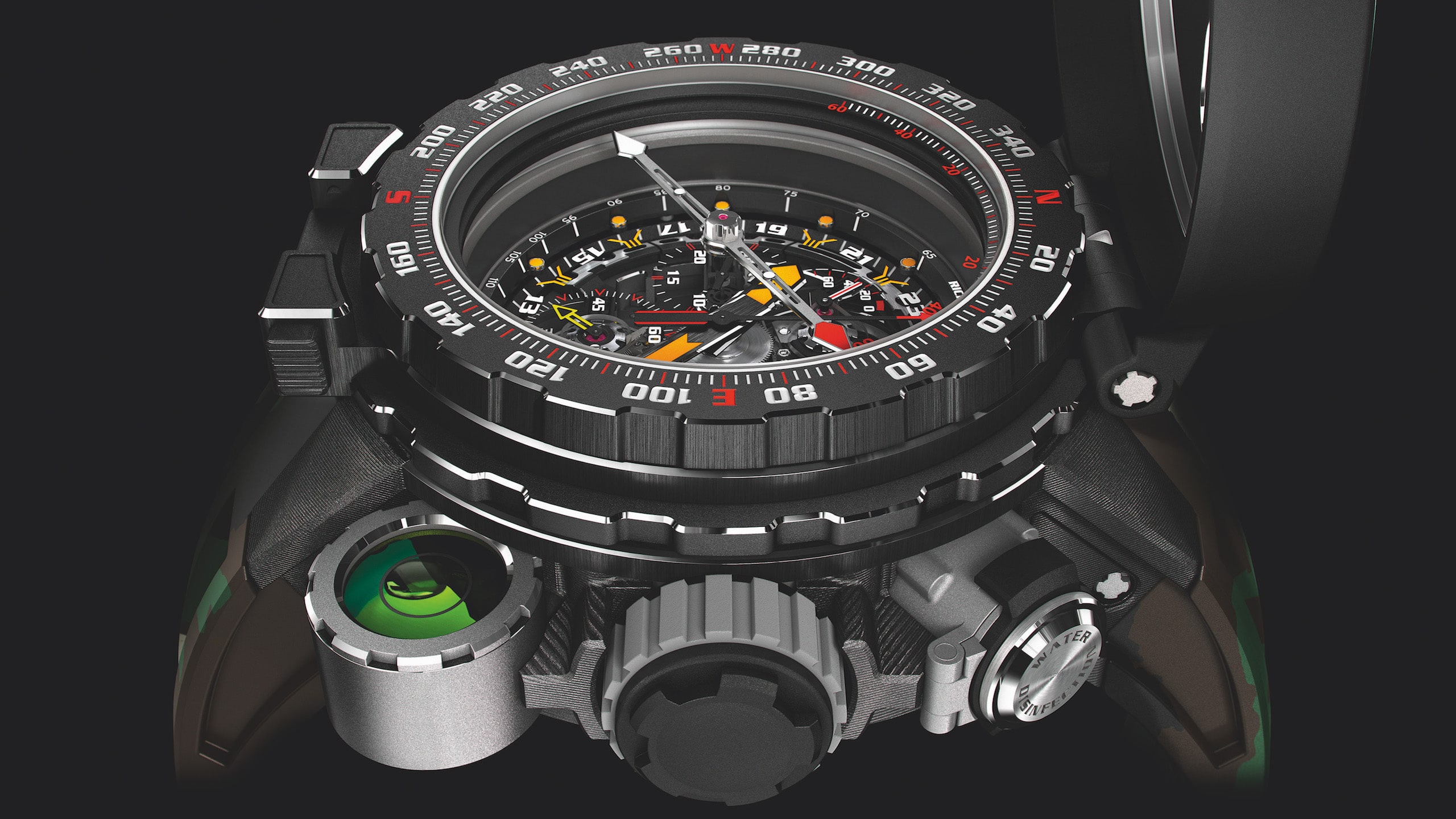 You’ve got to hand it to Richard Mille: in the span of less than two decades, this high-concept watchmaker has carved out a dedicated niche in an oversaturated marketplace. Subtlety has never been a priority, with this enfant terrible opting for a shock-and-awe approach to watchmaking: crafting highly limited, nigh indestructible, horological pornography for the wrist. Having said that, despite no shortage of behemoth releases, the RM 25-01 Tourbillon Adventure — another entry in the manufacture’s series of celebrity-themed crossovers — has emerged as Richard Mille’s most “Richard Mille” release yet. To say it’s not for the fainthearted is a gross understatement.

The product of the eponymous designer’s longstanding friendship with Sylvester Stallone, the RM 25-01 Tourbillon Adventure is a concept release more akin to a Swiss army knife than a wristwatch. Owing to Stallone’s iconic portrayal of action hero John Rambo (who first graced the silver screen in 1982), Mille sought to create a wristwatch that would prove equal to the task of helping grizzled survivalists and adventurers in the world’s most hostile environments. That technical need was further informed by Stallone’s own preferences for imposing looking wristwatches. (Action movie buffs have observed at length that Stallone wears the RM 032 throughout most of The Expendables 3). The result is a chronograph full to bursting with features like a tourbillon, cache of water purification tablets and mountable compass attachment.

In profile, the RM 25-01 is a gargantuan wristwatch. Measuring 50.85mm in its default configuration, that sizing is alterable thanks to the inclusion of two additional detachable bezels. The first of these is actually a compass fashioned from grade 5 titanium. Treated with antimagnetic and antireflective coatings — standard issue on most military equipment — the compass bezel is affixed by way of a bayonet mount. For added protection, when not in use a Carbon TPT cover can be flipped down over the compass; and (in the upward position) features a mirrored back for more precise reading of the compass needle. When detached from the watch, the compass may be affixed to an orientating plate — Richard Mille included this accessory as part of the full RM25-01 set — which is ideal for use in conjunction with a line map. The RM 25-01’s other detachable bezel features a 24-hour scale and indications for cardinal directions in a variety of hemispheres.

If all of this didn’t sound insane enough, the proverbial icing on the cake can be located at 2 o’clock. Above the watch’s winding crown and spirit level, users will find a hermetically sealed compartment holding up to five water purification tablets. Theoretically, one litre of water per tablet can be made safe for drinking when the chamber is fully stocked: so even if you’re being assailed by apex predators and treacherous terrain, you certainly won’t perish from thirst. At least for a while.

At HK$7,799,000 a piece one could be forgiven for thinking the new RM 25-01 is a slightly absurd watch. Under more conventional circumstances, the 50mm case is difficult (for even the most pugnacious wrist) to wear; and taking maximum advantage of the watch’s functionality requires constant switching of attachments. When all that’s said and done however, you have to give Richard Mille credit for sticking to their guns. Their newest release is business as usual: unique, stratospherically expensive and entirely believable on the sort of bloke who shoots an anti-aircraft gun at corrupt policemen.