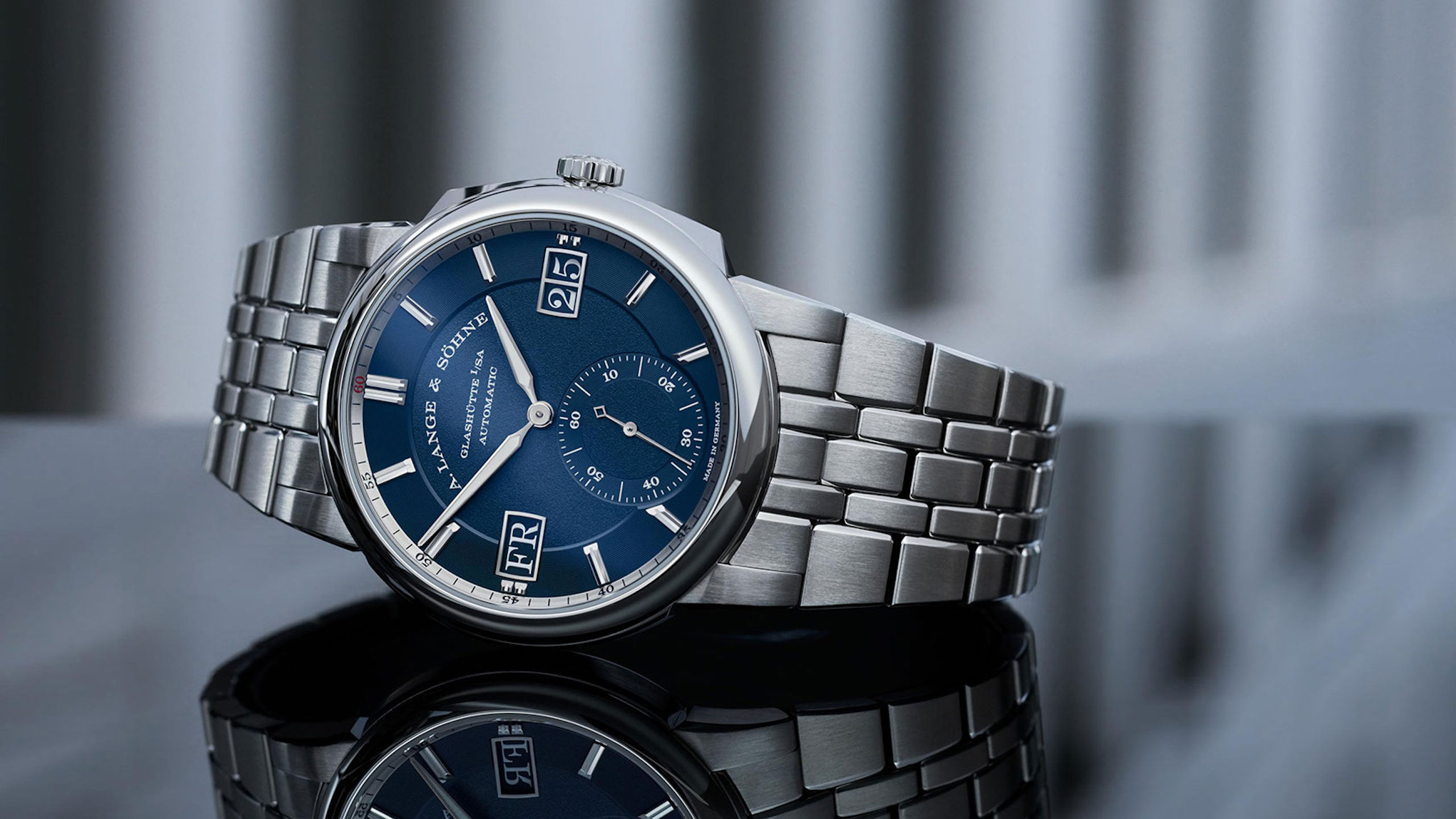 Say hello to the Odysseus, A. Lange & Söhne’s first ever steel sports watch

Style
Say hello to the Odysseus, A. Lange & Söhne’s first ever steel sports watch
Share this article
Next article

Ladies and gentlemen, boys and girls: after years of rampant speculation, the day we all knew was coming has finally arrived. Last weekend, A. Lange & Söhne released the first images of the new Odysseus Datomatic — its distinctly Teutonic foray into the high-end stainless steel sports watch market — and seemingly everyone in the collecting community (to coin a millennial phrase) is feeling some type of way about it.

It’s no exaggeration to say that the introduction of this watch is a seismic event for Lange: representing the Saxonian watchmaker’s first bona fide effort at a stainless steel sports watch, made with integrated bracelet and self-winding movement no less. To be sure, this is categorically unlike anything Lange have produced in the past; and whether you characterise that as a yay or nay depends on how connected you are to the brand’s existing traditions.

Across the board, the Odysseus embraces proportions that are clearly meant to appeal to a mass audience. Diameter is a very egalitarian 40.5mm, whereas the case sits high on the wrist thanks to the 11.1mm thickness. The watch is also unusually poetic: trading Lange’s usual literalism for lofty notions of strength, friendship and adventure. (For this new release, the brand was inspired by Homer’s Odyssey — an epic Greek poem that is considered an essential work within the Western Canon.)

Case surfaces are finished with an alternating mixture of brushing and polishing; and a degree of bevelling is also visible — most notably where the lugs meet the case edge. These edges are noticeably wider on the right-hand side, and that’s because they are in fact pushers, rather than the crown guards which we typically associate with this kind of protruding shape. My initial feeling is that the overall geometry, with the notable exception of the pushers (more on those later), errs toward classic Lange — though the method by which the whole case is assembled is noticeably more complex than in previous collections.

Like a number of other prominent steel sports watches, the Odysseus is made using a 3-part construction — consisting of the caseback, mid-case, and bezel. The caseback is of the screwdown variety, whereas the bezel is attached directly to the mid-case (in order to provide improved water resistance). This style of assembly means that the Odysseus is certified waterproof to a depth of 120m, giving it a leg up — on paper at least — over a majority of modern sports watches, which are rated to 10 bar.

The bracelet is another flashpoint, arguably the most divisive amongst collectors. At launch, the Odysseus will only be purchasable on the matching steel bracelet, though Lange has confirmed that future models in the collection will be offered with a choice of rubber and leather straps. On the design front, the new bracelet is made with a gradual taper, though the end links are significantly wider than what you’ll find on your garden variety Speedy or Daytona. Previously, Lange lugs were not designed to accommodate a bracelet that connected in the middle, so the workaround was to build end links that were equivalent in length to the watch’s lugs. (You can see the effect this has on the Odysseus’s visual girth in the wrist shot above.)

Another useful feature that’s incorporated into the bracelet is the adjustable buckle. Pressing the round A. Lange emblem in the clasp’s centre unlocks a ratcheting mechanism, effectively allowing the bracelet’s overall length to be adjusted 7mm, forward or back. I can’t overstate the usefulness of this feature: if your wrist is ‘between links’ in terms of size, the ratcheting bracelet is a great way to make minute adjustments, without having to first reach for a Springbar. (Not that the latter exercise is terribly difficult — the Odysseus bracelet also incorporates technology that is analogous to the SmartLink system debuted by Cartier in 2018.)

In contrast to its case and bracelet, the dial of the Odysseus is more in keeping with what diehard Lange enthusiasts have come to expect from the brand. Those familiar with the Lange 1 and Saxonia will see flashes of those collections, with many of the brand’s better-known dial components (e.g. sword hands, baton indexes, strong legibility) reappearing herein. Unlike all of Lange’s previous watches, the base dial is made using brass — an alloy that’s well-suited to pursuing a variety of strong decorative applications.

Working from the outside in, you can see that there’s a minute track printed directly onto the watch’s flange, leaving sufficient room for applied gold indexes on the chapter ring. This outer section itself is decorated using a technique called azurage — a kind of concentric guilloche — that is repeated at a similar scale within the running seconds sub-dial. Meanwhile, the centre part of the dial is recessed, and sports a granular finish that helps visually separate it from other levels of the dial.

Brutish round cases and excellent legibility aside, the other even more emblematic signature of Lange is the oversized date display. In the case of Odysseus, Lange have pulled out all the stops to reveal the first ever ‘doubled’ execution: made up of two oversized day and date displays, positioned at 9 and 3 o’clock. (This is, by the way, a rather intuitive way to arrange the calendar indications, as most collectors will read the date from left to right.) Incorporating these two displays into a sports watch was no small task, and in order to achieve it, Lange watchmakers built an all-new movement that features 99 pieces just for the date mechanisms. Dubbed the L155.1 (or ‘Datomatic’ for short), this new self-winding calibre has several of the hallmarks of classic Lange watchmaking, albeit geared more towards a construction that reinforces the Odysseus sports watch pedigree. (Most obviously, the rotor and balance wheel.)

Given the mass hysteria which engulfs the online watch community every time a new high-end release is announced, it’s difficult to discern at this stage, how well the Odysseus is actually going to do amongst collectors. Bear in mind: many of the models which the Odysseus is going to be competing directly against took years to find their audience; and Lange’s latest has the advantage of being much more technically accomplished than what’s available on the market at the same pricepoint. One thing’s for certain: like the Ithacan king for which it’s named, the Odysseus has a long and exciting journey ahead of it. One that I’m sure many enthusiasts are going to be following closely.

Style Watches Sports watches A. Lange & Sohne Odysseus
Randy Lai
Editor
Having worked in the Australian digital media landscape for over 5 years, Randy has extensive experience in men's specialist categories such as classic clothing, watches and spirits. He is partial to mid-century chronographs and a nice chianti.
Style Watches Drinks Tailoring Travel
Sign up for our newsletters to have the latest stories delivered straight to your inbox every week.