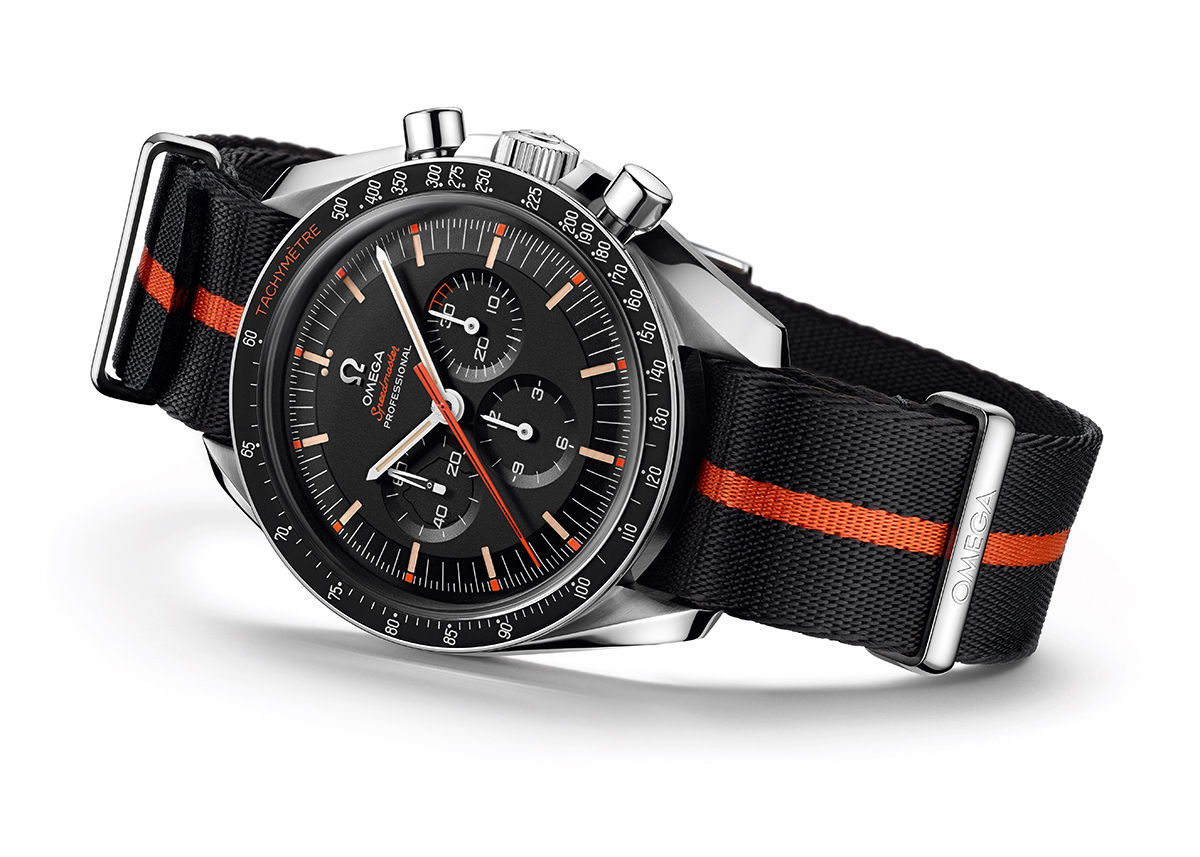 Today, without warning, horology website Fratello Watches uploaded a cryptic Instagram post that whipped the watch community into a frenzy. The image consisted of a blazing orange chronograph hand imposed atop sword-shaped hour and minute arms, all against a stark black background. The caption: “Wait.” Given the fanfare surrounding last year’s “Speedy Tuesday” collaboration between Omega and Fratello, the Internet could do no such thing, and perceptive enthusiasts have since had their suspicions confirmed. The Speedy Tuesday 2 is indeed Omega’s tribute to the “Ultraman” Speedmaster.

Originally produced in June 1966 (and mostly sold out in the following months), the “Ultraman” — so called for its debut in the Japanese sci-fi series The Return of Ultraman — was an extremely rare version of the ST 145.012-67 Speedmaster Professional. Although the Omega Museum has never been able to ascertain exact production numbers, it’s certain that Ultraman Speedmasters are in short supply thanks to their historically narrow production period. Despite being mechanically identical to Speedmaster Professionals of the period, the model was distinguishable by its orange-tipped central chronograph hand, a feature that was never reproduced on any other Omega model (e.g. Flightmaster, Chronostop, Professional Mark II).

Now, for its second iteration in the Speedy Tuesday lineup, Omega is paying tribute to the original Ultraman. The new release takes the original’s sparing use of orange and dials it up to 11 with an orange centre seconds hand, hour markers, tachymetric bezel and Speedmaster branding. The Omega design team have also deftly woven in references to Eiji Tsuburaya’s beloved character throughout: the small seconds sub-dial (at 9 o’clock) is decorated with a silhouette of Ultraman’s helm, which becomes illuminated under UV light; while the first three minutes in the minute sub-dial (at 3 o’clock) are highlighted in orange — an allusion to the fleeting 180 seconds during which Ultraman’s human host can transform into the eponymous hero.

Given how quickly the inaugural Speedy Tuesday sold out last year, Omega can be confident that 2018’s Ultraman-inflected release will follow suit. Like its predecessor, the Speedy Tuesday 2 is limited to a production run of 2,012 pieces, all of which have been reserved via the Omega website. Demand in the horological community for new vintage-inspired releases remains extremely high, and Japanese pop culture references aside, the new Speedy Tuesday 2 satisfies numerous of the niche requirements demanded by enthusiasts. The model’s caseback draws a direct connection to Omega’s 1967 “Moonwatch” and is powered by the ever-reliable manual calibre 1861. Add to that a very accessible 42mm profile and you’ve got yourself a release likely to be doggedly pursued on the grey market in the coming years.

The Omega Speedmaster “Speedy Tuesday” 2 Ultraman is priced at HK$52,300. All 2,012 units are currently reserved, although interested parties are able to join the waiting list here.

Watches Omega Limited Edition Horology Speedmaster Chronograph Kaiju Speedy Tuesday Ultraman Eiji Tsuburaya
Randy Lai
Editor
Having worked in the Australian digital media landscape for over 5 years, Randy has extensive experience in men's specialist categories such as classic clothing, watches and spirits. He is partial to mid-century chronographs and a nice chianti.
Style Watches Drinks Tailoring Travel
Sign up for our newsletters to have the latest stories delivered straight to your inbox every week.