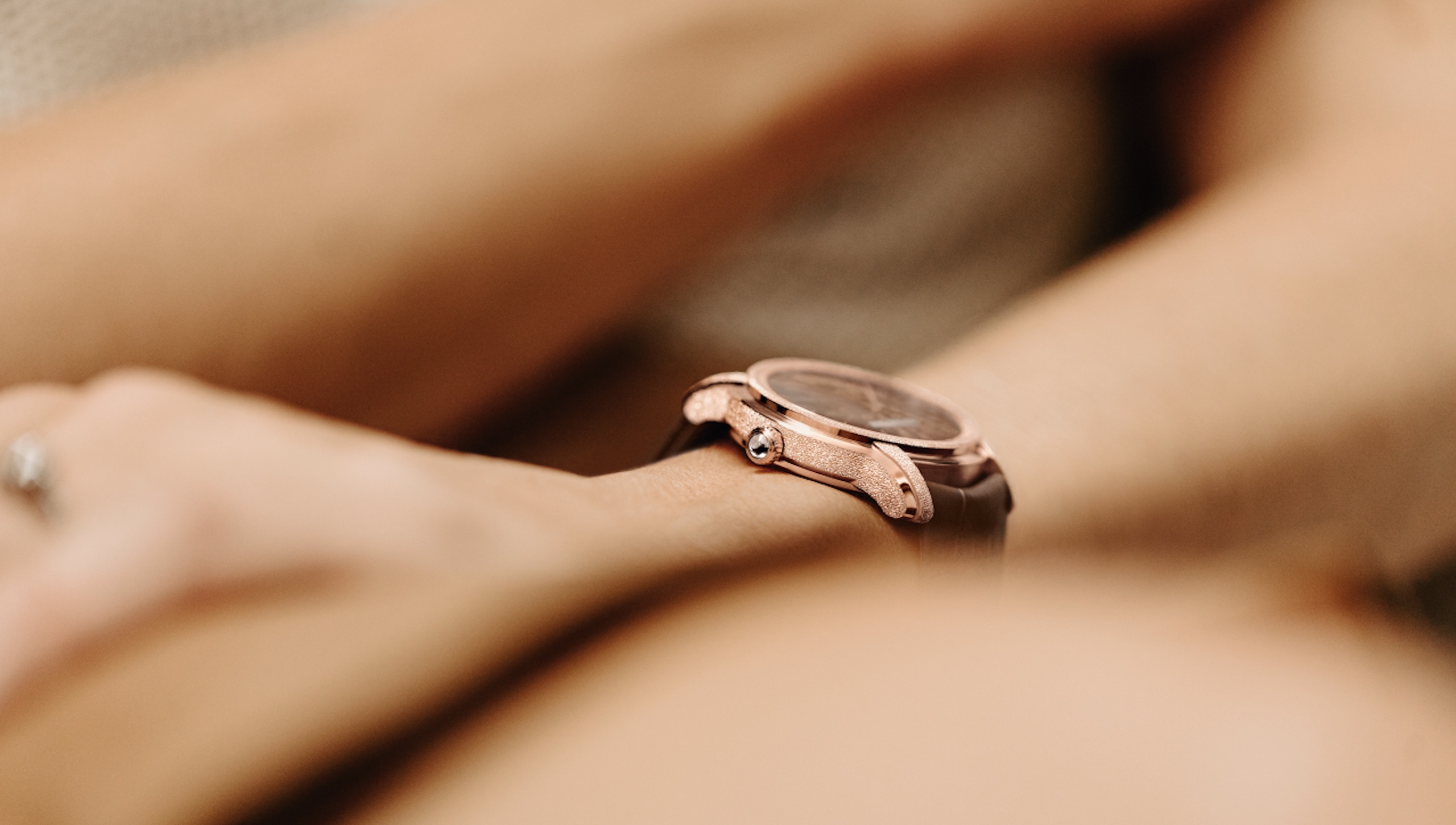 The Origins of the Audemars Piguet Millenary Frosted Gold Philosophique

Last month, we took a pretty comprehensive ‘first look’ at Audemars Piguet’s Millenary Frosted Gold Philosophique — a duo of new entries in the eponymous collection. Displaying a single hand across an elliptic dial, the new piece embraces a tranquil aesthetic whilst encouraging wearers to interrogate their own perception of time. We mentioned initially that the Philosophique is modelled on a dress watch of the same name, first manufactured in 1982, but that feels like somewhat of an oversimplification. So without further ado, we thought we’d add some colour to our coverage of the modern Philosophique by diving into its history.

Innovation through an age of crisis

Like many of AP’s innovations throughout the 20th century, the Philosophique was (in large part) a response to the ravages of the Quartz Crisis. As a seminal moment in the history of the watch industry, it’s sufficient to say that the Crisis was a turbulent period for watchmakers throughout Europe, as high-end mechanical timepieces were being outpaced (in terms of sales and desirability) by affordable, battery powered watches that were manufactured predominantly in Japan.

Whereas many Swiss watchmakers scrambled to make the jump to electronic mechanisms — most of them, with mixed results — Audemars Piguet held its nerve. Intent on safeguarding over 200 years of horological savoir faire, the Manufacture responded to the Crisis by dually developing advanced technologies in the field of Haute Horlogerie — such as the world’s thinnest perpetual calendar (1978), and the first self-winding tourbillon (1986) wristwatch — whilst pursuing a revival of ambitious avant-garde design.

One of the cornerstones of this push for original, modern design was the refinement of elliptic forms & geometries. Although elliptical cases had begun to appear in fine watchmaking as early as the 1920s, throughout the 1970s Audemars Piguet experimented with an unprecedented number of oval-shaped cases, combining them with meshed, braided or otherwise dynamic bracelets. Gems (particularly baguette-cut diamonds) and colourful hard stones were also incorporated — adding to the unique nature of the Manufacture’s daring new styles. It was from this tradition, of combining mechanical complexity with decorative art forms, that the Philosophique sprung.

A radical new approach to a time-honoured design

Audemars Piguet’s work with unconventional ideas and cutting-edge materiel proved influential in the Millenary Philosophique’s development. The original model, launched in 1982, invited its wearers to challenge the very concept of time. Like its contemporary frosted gold counterpart, the watch was equipped with a single-hour hand that was inspired by the simple, elegant aesthetic of 17th century single-hand timepieces.

One of several elliptical case styles (this one from 1970) that reportedly inspired the Millenary Philosophique.

The current Millenary Philosophique. Note that the case, lugs and bezel are adorned in frosted gold.

Watch historians commonly agree that the concept underpinning the Philosophique’s genesis was ahead of its time. Throughout the 70s and 80s, Swiss watchmakers had become obsessed with the idea of precision (at times, to the exclusion of design); and it would take Audemars Piguet’s radical vision, of a classic shape unfettered by conventional notions of time, to remind collectors that watches are worn first and foremost as emotional markers. The 2019 version of the Philosophique has kept this whimsical spirit — of individuality and personal expression — intact: A leaf-shaped hand, a playful silhouette, an invitation to set your own tempo.

The 2019 iteration of the Philosophique, featuring the original's leaf-shaped hand, decorated with a combination of sandblasted and polished surfaces.

A close-up of the hand & dial of the original Philosophique (1982).

Watches Audemars Piguet millenary collection
Randy Lai
Editor
Having worked in the Australian digital media landscape for over 5 years, Randy has extensive experience in men's specialist categories such as classic clothing, watches and spirits. He is partial to mid-century chronographs and a nice chianti.
Style Watches Drinks Tailoring Travel