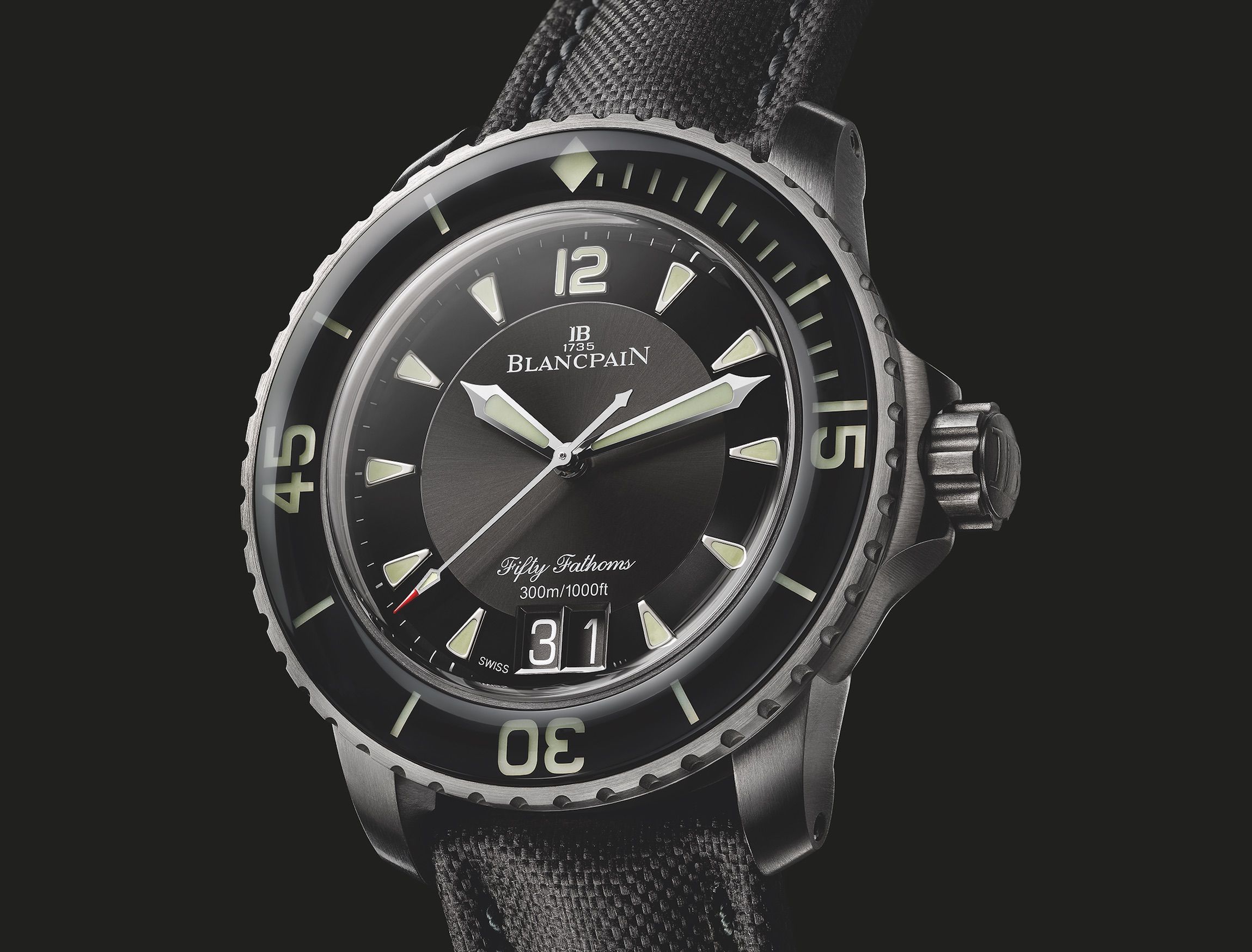 For Blancpain, 2018 marks the special anniversary of not one but two momentous occasions in the Swiss watchmaker’s history: the 65th anniversary of the iconic Fifty Fathoms model, and the 15th anniversary of the Blancpain Ocean Commitment (BOC) initiative. While the link between luxury dive watches and oceanic conservation may seem tenuous — it’s one that is essential to the Blancpain identity. As the world’s ecologically diverse and important ocean environments — often doubling as “it” destinations for diving enthusiasts — continue to be threatened, the Swiss manufacturer has escalated efforts to raise awareness of marine protection via its BOC initiative.

An abridged history of the Blancpain Ocean Commitment

Under the broad remit of the BOC, Blancpain has executed a number of strategies aimed at protecting global oceans (and their attendant ecosystems) over the years. The most famous of these is the World Ocean Summit: an annual meeting organised in partnership with The Economist since 2012. These conferences bring together 360 leading individuals from various sectors — government, corporate and educational — to discuss systematic international governance of the world’s oceans. Recently, the 2018 Summit (held in Riviera Maya, Mexico) culminated in the setting of marine reclassification targets, which will be assessed in 2030.

Last year, the BOC also finalised another significant project — a partnership with the Natural History Museum in London. Throughout 2018, the museum will conduct scientific research into sustainable management of oceans and marine species with financial support from Blancpain. In light of this development, now seems like an opportune moment to reflect on the brand’s history; and on the timepiece that catapulted them to the forefront of eco-friendly haute horology.

The birth of a legend

The year is 1953: Cold War tensions are at an all-time high as America and the Soviet Union wrestle (in what will become a 30-year grudge match) for technological superiority. Against this backdrop — one of spaceflight, nuclear arms and computerisation — the French navy sought more practical enhancements to their fighting capabilities. French combat divers were performing increasingly complicated and dangerous underwater manoeuvres; and the need for a diving watch up to the pressure of timing and coordinating their activities was crucial.

Enter Captain Robert Maloubier — charged with identifying a suitable supplier of military-grade dive watches. Thanks to Maloubier, Blancpain CEO Jean-Jacques Fiechter was introduced to the French navy’s pet project, and through their combined efforts, the Fifty Fathoms was born.

Today, the Fifty Fathoms remains the iconic Blancpain timepiece — re-envisioned since 2007 as an entirely new family of watches. Take for example the caliber 1315 powered Grande Date, which is one of the more recent additions to the collection. Diverging from the utilitarian aesthetic of its 1953 predecessor, this piece ticks all the sport watch boxes whilst embodying the spirit of the original Fifty Fathoms.

The dial language evokes military precision yet pairs surprisingly well with flourishes that were conceived for a contemporary audience (e.g. sunburst finishing and brushed ceramics). It’s a testament to the je ne sais quoi appeal of the original design. In all likelihood, Messrs Maloubier and Fiechter intended for their work to stand the test of time: accompanying future generations of divers from office to ocean for generations to come. With oceanic conservation at the top of Blancpain’s to-do list, that historic intention continues to be well preserved.

Watches Timepieces Horology Blancpain Diving Watches fifty fathoms World Ocean Initiative Blancpain Ocean Commitment Natural History Museum
Randy Lai
Editor
Having worked in the Australian digital media landscape for over 5 years, Randy has extensive experience in men's specialist categories such as classic clothing, watches and spirits. He is partial to mid-century chronographs and a nice chianti.
Style Watches Drinks Tailoring Travel
Sign up for our newsletters to have the latest stories delivered straight to your inbox every week.