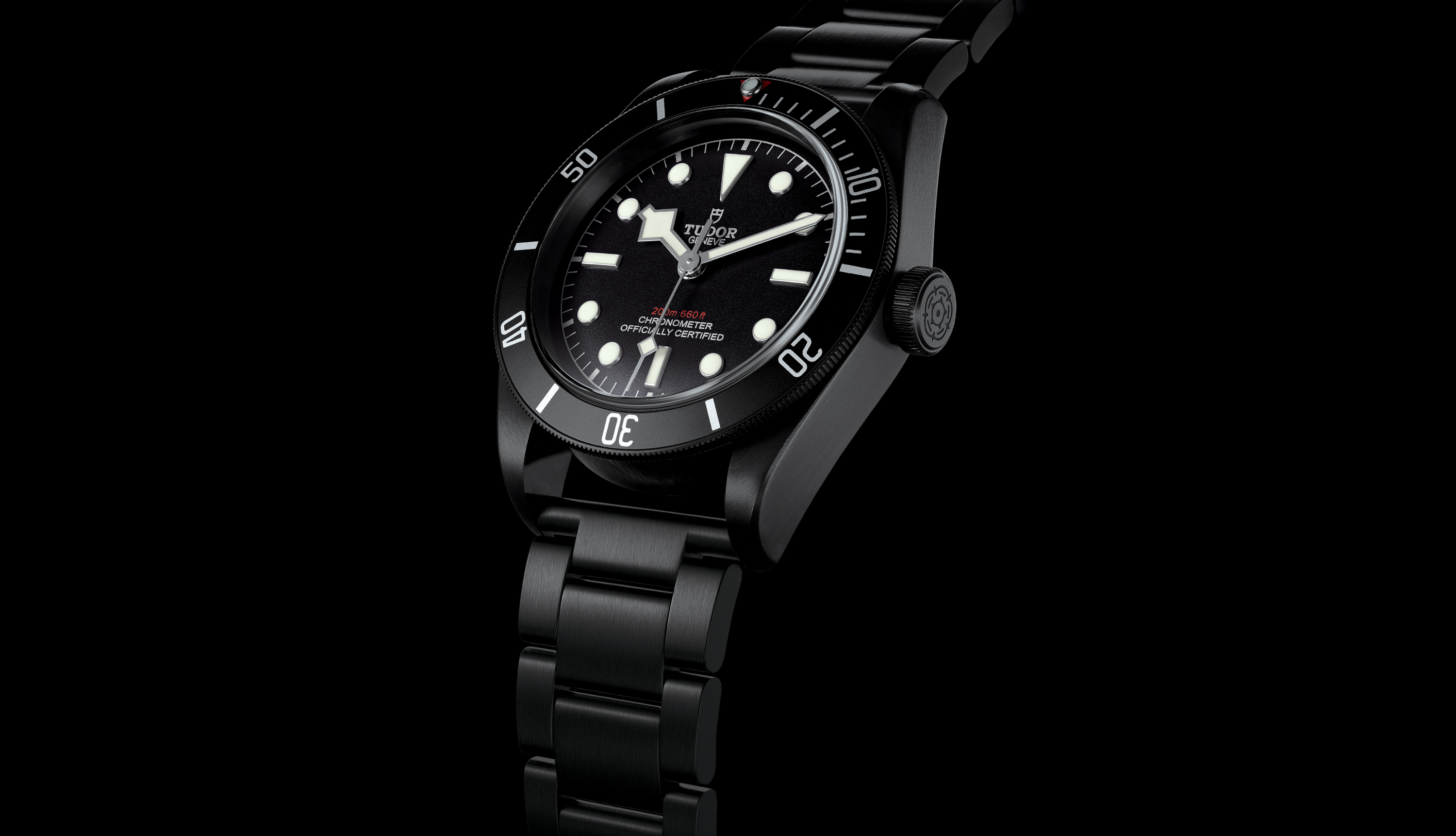 First released in 2012, Tudor’s Heritage Black Bay diving watch was crowned winner of the Grand Prix d-Horlogerie de Genève soon thereafter, in 2013, and today it remains one of the most popular watches of its kind. Available with burgundy or blue bezels at the time, the acclaimed piece paid homage to Tudor’s 60 years of history in diver’s watches, and featured some of the brand’s most characteristics design elements, such as the general lines, domed dial and crystal, all inspired by various historical models since Tudor’s debut of its very first piece in 1954.

This year, the watchmaker is adding a new version – the Tudor Heritage Black Bay Dark – to the collection, and it features a black bezel, a fully PVD-treated exterior and a winding crown (also known as the Big Crown) design referenced from the famous 7924 model in 1958. The angular hands, meanwhile, appear in a signature shape known as the snowflake, an element borrowed from the Tudor watches used by the French National Navy in the 1970s. Furthermore, this new release is the very first Black Bay model that carries an in-house-designed-and-manufactured mechanical movement (caliber MT5602) certified by the Swiss Official Chronometer Testing Institute (COSC), offering wearers 70 hours of power reserve.

To celebrate the proud history of its Black Bay collection, the brand is hosting Tudor Heritage Black Bay Exhibition at the Ocean Terminal Main Concourse in Harbour City from 24 to 27 November 2016, offering visitors an in-depth look at the new Black Bay Dark, along with the rest of the collection. Tudor will also be unveiling a special collaboration with a New York City-based artist and watch enthusiast as part of the highlights of its eye-opening four-day exhibition. Find details on the exhibition below.

This article is presented by Tudor.