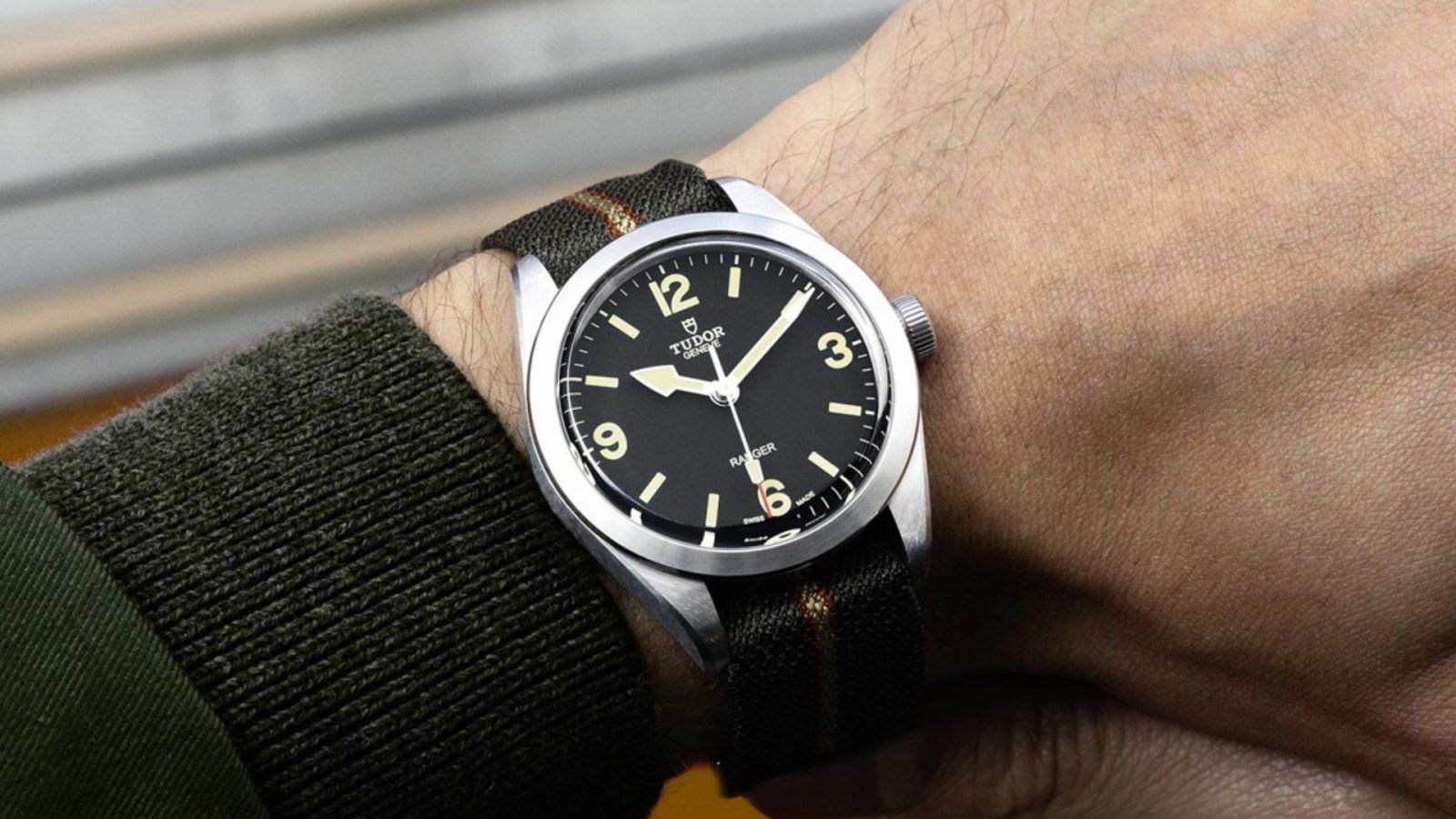 Swiss watchmaker Tudor has introduced a new Ranger model to commemorate the 70th anniversary of the British North Greenland Expedition.

Cortlandt James Woore Simpson was a commander in Britain’s Royal Navy during World War II, but his legacy in the history books came during peacetime. In July 1952, Simpson led a team of sailors and scientists to Greenland for a research mission — the British North Greenland Expedition — a two-year campaign to study weather and geology in some of the world’s least hospitable conditions (No, really: At one point, the team recorded temperatures as low as −66.1°C).

In addition to their notebooks, equipment and what we can only assume must have been some heavy, heavy coats, accompanying this band of courageous voyagers were 30 Oyster Princes, provided by Tudor, both to aid the explorers their journey and to field test the wristwear under those same frigid conditions. As one of the members would later write to Tudor, his timepiece “maintained remarkable precision” and made it through the expedition without even needing to be rewound by hand. Mission accomplished.

In celebration of the men of Greenland’s North Ice station and their daring mission, Tudor has unveiled a new Ranger model, one designed for wherever your next adventure takes you.

Retaining the robust and reliable spirit of Hans Wilsdorf’s original vision for the brand, the new Ranger bears Tudor’s trademark aesthetic — sharp, readable numbers on the dial at 3, 6, 9 and 12 — with enhanced practical features, including the “T-fit” clasp that can be rapidly adjusted for any wearer.

A “tool watch” at heart, the matte-finished 39mm case is designed for heavy duty, but the Ranger bears artistic flourishes throughout that pay tribute to history, from the polished inner edge of the bezel to the burgundy-tipped seconds hand. Internally, the Manufacture Calibre MT5402 ensures 70 hours of reliable timing without the wearer having to wind it — “weekend proof”, if you will.

The Ranger is available with three different types of bracelets: satin-brushed steel, textured black leather and Tudor’s signature Jacquard fabric strap in a striped olive green. As for pricing, the watches start at HK$20,700.

For more about the new Ranger, head over to Tudor’s website.

Tudor Watches and Jewellery new watches wristwatch tudor watches tudor ranger
Nathan Erickson
Editor-in-Chief
Made in Seoul and based in Hong Kong, Nathan has covered food, fashion and music from New York to Paris to Oaxaca. He enjoys street photography, buying too many hooded sweatshirts and he'll never turn down a tequila soda. Catch him on weekends hiking trails all over Hong Kong in hopes of finding his idol, Chow Yun-fat.
Sign up for our newsletters to have the latest stories delivered straight to your inbox every week.