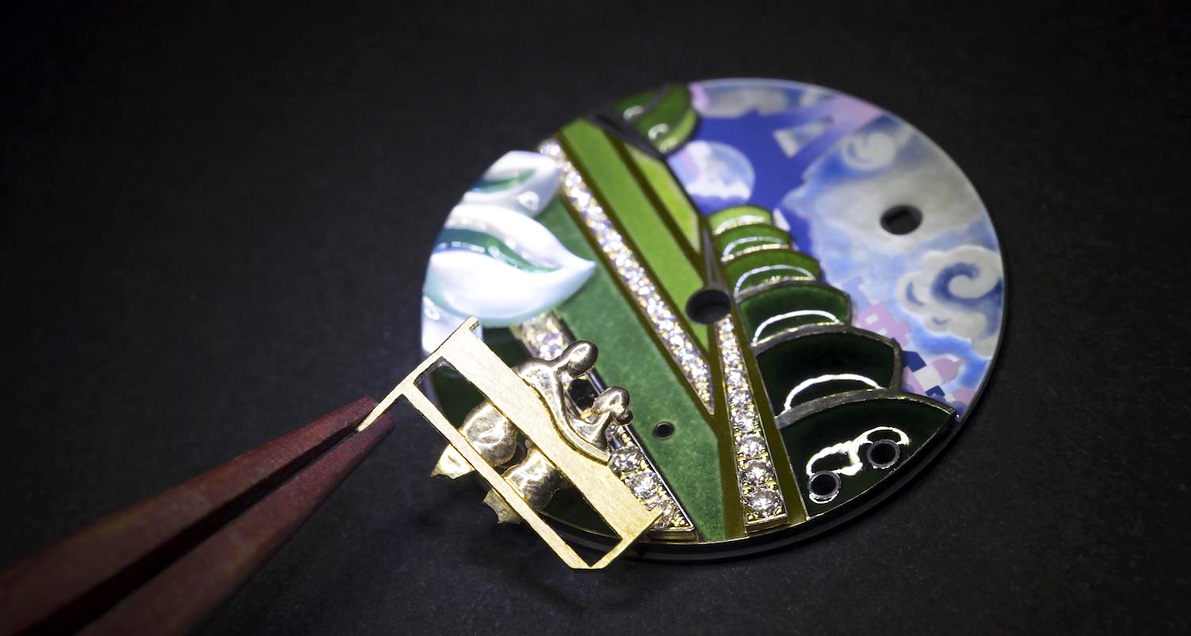 With the love story of Estelle Arpels and Alfred Van Cleef serving as one of the key inspirations since the brand’s founding, the century-old Van Cleef & Arpels has long been dedicated to developing some of the world’s most poetic complications, each uniquely and brilliantly interpreting time while telling the story of romance.

This year, the French house reinforces its dedication to its founding theme by adding three new Charms Extraordinaire creations to its “Love Stories” collection. These new complications all feature Extraordinary Dials depicting charming scenes of lovers in some of Paris’ most emblematic locations, each accompanied by a good-luck charm that dangles delicately by its side. As always, these miniature tableaux showcase the exquisite artistry by the maison, combined with traditional techniques that are much treasured today.

With Pont des Arts in the background, the Charms Romance Parisienne Rencontre portrays the chemistry between a man and a woman destined to be lovers. Sculpted in rose gold, their first encounter is illuminated by a spessartite garnet sun, which sits above a champlevé enamel and miniature-painted dial. A gradation of pink sapphires on the bezel add radiance and tenderness to the scene.

Meanwhile, the Charms Romance Parisienne Retrouvailles turns up the heat by depicting the young lovers’ first tryst. Setting amidst a rich blue backdrop, the timepiece sees the pair reunited at nightfall on a balcony overlooking the Place Vendôme. The moonlit scene — courtesy of a diamond crescent — is the marriage of several traditional crafts. Here, the mother-of-pearl dial is gold-carved, painted and enamelled, and housed within a gradated blue sapphire bezel for added mystery.

The fairytale culminates with the Charms Romance Parisienne Promenade, where the lovers unite at Champs de Mars to admire the springtime blooms. The sun — set with yellow sapphires — shines on the Eiffel Tower in the distance, highlighting the vivid miniature painting in the background. Depth is lent via a masterful variation of green tones, as well as the painted mother-of-pearl flowers peeking out from the edge of the dial. The bezel, on the other hand, are set with blue sapphires and tsavorite garnets, beautifully accentuating the exuberance of spring.

This story was originally published on Lifestyle Asia Singapore