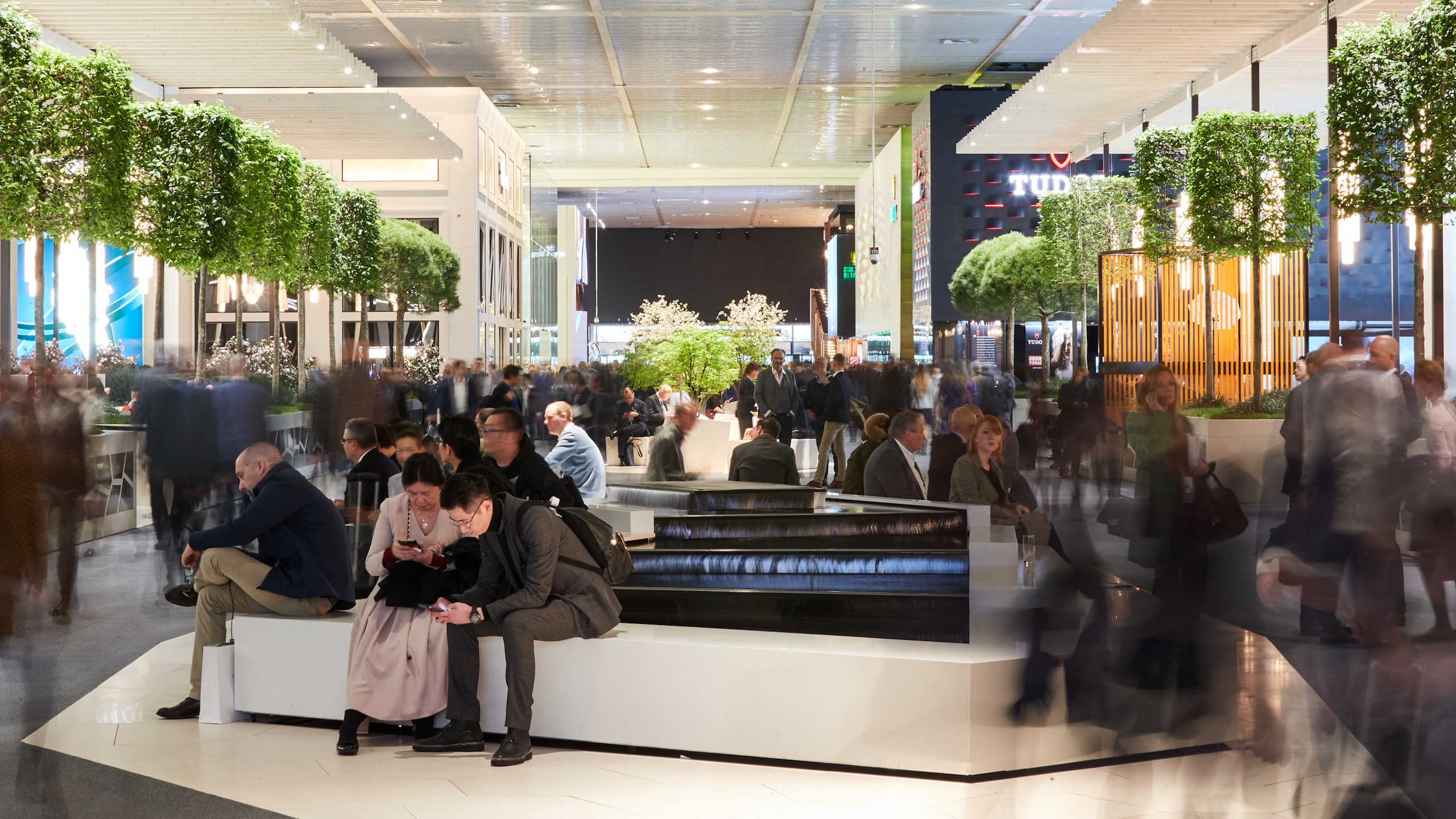 Style
Wrist Watch: 5 of our favourite Baselworld 2019 releases
Share this article
Next article

It’s been less than a year since Swatch Group announced they were severing ties with Baselworld, yet we’re already seeing the ramifications of that departure. Brand attendance in 2019 dwindled to a little over 500 — roughly one third of the total number present in 2016 — with the bulk of the show taking place in Hall 1 (the historic premises in which watch brands are shown). Such developments are certainly cause for concern, but by many accounts are being taken seriously. Parent company MCH used last week’s show to demonstrate their commitment to long-term change: significant improvements have already been made to on-site amenities; while hotels/restaurants wishing to attain “partner” status for the duration of the fair must now meet a set of formalised criteria — enacted by Baselworld in an effort to combat rampant price gouging. These are all necessary first steps if Baselworld is to survive, although the real test will come in 2020 — when the fair shifts from its now-transitory phase into a consumer focused show which will (allegedly) have a tonne of digital programming up its sleeve. But enough of all that, let’s talk watches.

Fortunately for the organisers of Baselworld 2019, anchor tenants such as Patek Philippe, Rolex and LVMH were once again present, leading the charge on a show that was generally quieter than in previous years. Unsurprisingly, many of the big exhibitors focused on iterative, commercially appealing releases — though there was more than enough virtuosic watchmaking thrown in for good measure. From “stealth wealth” tool watches to considered recreations of timeless classics, take a look at 5 of our favourite Baselworld 2019 releases below! 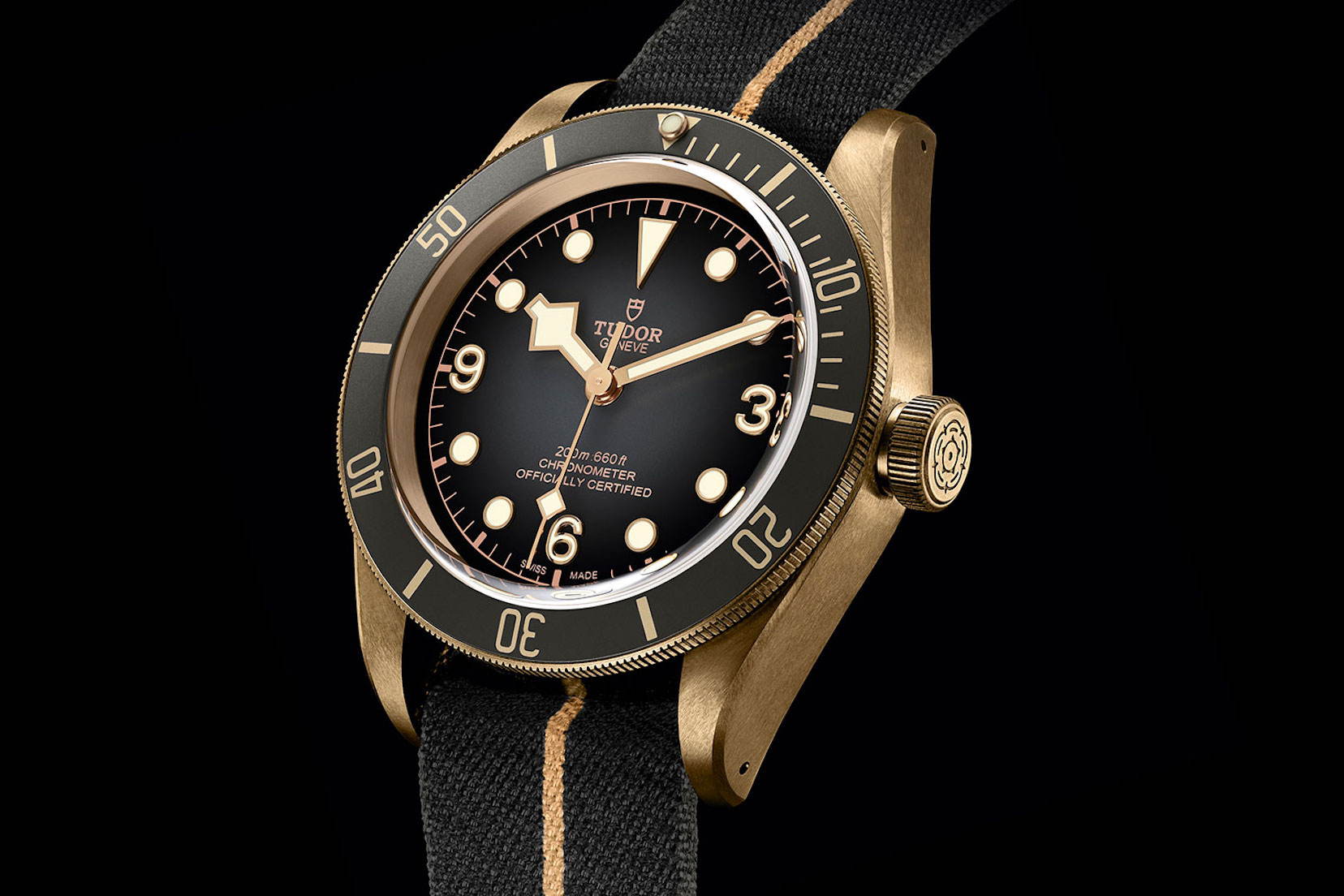 Though more or less materially identical to its predecessor (released in 2016), the new Black Bay Bronze is a compelling example of how minute changes can refresh one’s entire outlook on a familiar design. The original Heritage Black Bay Bronze was made with a brown dial, which Tudor have substituted this year for a dégradé grey colourway. It’s a graduated treatment, meaning the central part of the dial features a granular texture and almost-sunburst effect, while the slate tones darkens to a matte black around the edges. Admittedly, everything else remains the same, so if you weren’t a fan of the previous 43mm sizing and gilt indexes, you’re unlikely to be swayed. For everyone else, the grey-verging-on-black colour scheme which Tudor has settled on really complements the overall Black Bay design, making for a warm and subtle dive watch offering just the right amount of visual interest. 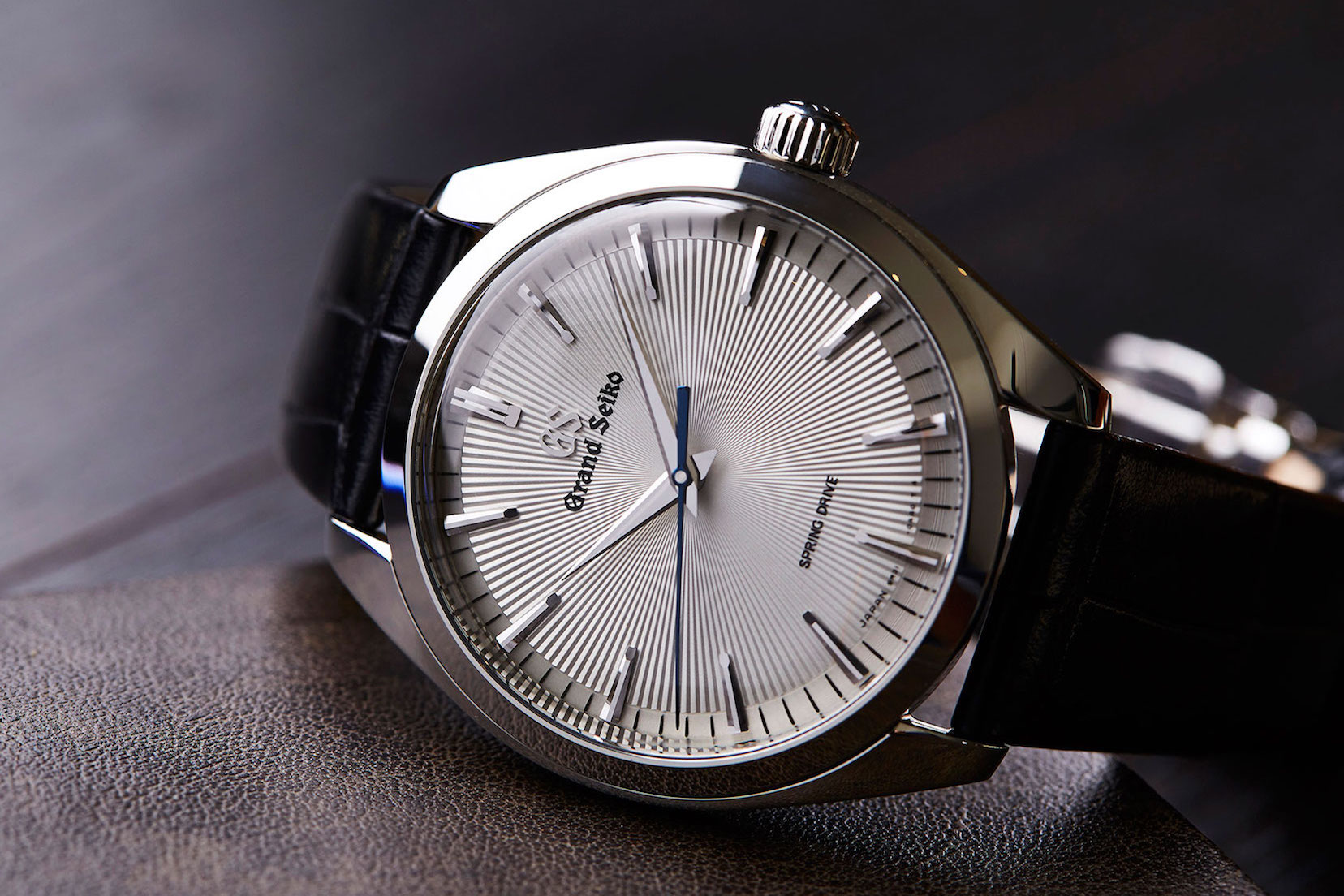 2019 is quite the year for Grand Seiko. The eponymous Japanese watchmaker celebrated 20 years of its signature Spring Drive, and to mark the occasion have just released four extremely thin time-only wristwatches powered by new manual wind movements. Grand Seiko enthusiasts have already discussed the SBGZ001 at length — it’s the range’s priciest release (US$76,000), featuring possibly the most lavish “Micro Artist” movement ever made — but it’s the entry-level SBGY003 that deserves more recognition. This steel three-hander distills everything we love about Grand Seiko into an (as you’d expect) extremely elegant package: there’s the zaratsu case, diamond-polished indices and the radial guillochage which is every bit as enticing as what you’ll find at JLC. It’s powered by the calibre 9R31: this particular iteration of Spring Drive isn’t as sophisticated at what you’ll find in the SBGZ001, but uses the latter’s stacked mainspring structure to deliver unholy accuracy (+/- 1 second per month) and a weekend-ready 3-day power reserve. Simple, but not sterile, and classic without being boring; there aren’t a whole helluva lot of watches — at any pricepoint — that offer such a concise balance of form and function as Grand Seiko’s latest.

The Grand Seiko Spring Drive SBGY003 will be available for HK$64,300, and is limited to a worldwide allocation of 700 pieces. To learn more, visit Grand Seiko online. 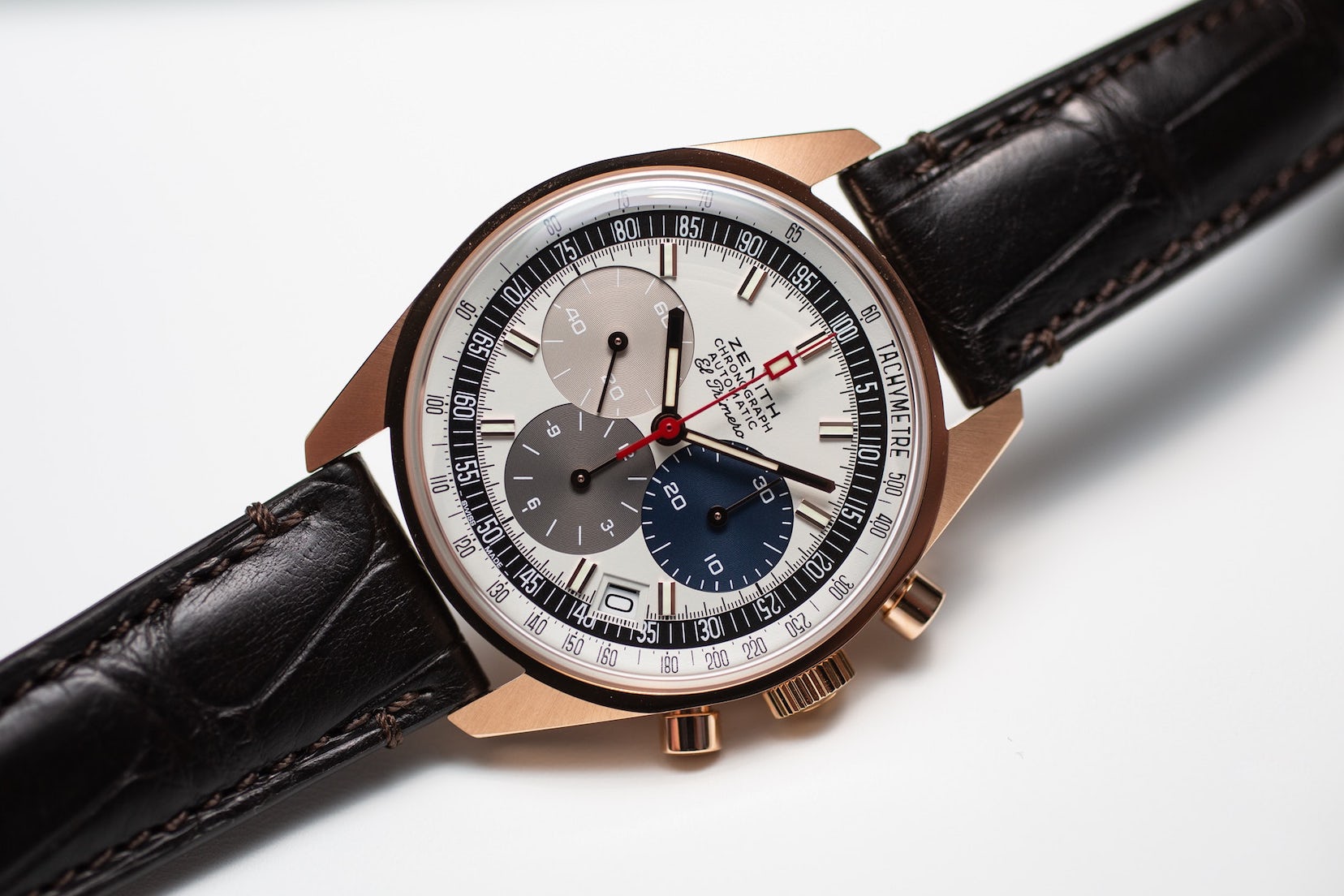 Baselworld 2019 was marked by no shortage of brand milestones, but the 50th anniversary of the El Primero surely takes the cake. In keeping with the market’s appetite for historic, vintage-inspired watches, Zenith straight up revamped its most iconic reference — the A386 chronograph originally released in 1969 — in rose, yellow and white gold. Now I love a good mid-century inspired chronograph, and the A386 Revival (particularly in rose gold) ticks all of the boxes. The tricolour scheme is immensely useful for rapid register identification — well, technically two totalisers and a running seconds sub-dial — whereas the 38mm case allows just enough room to explore the essentials in classic chronograph design. On the caseback, wearers will be able to glimpse the El Primero 400: it isn’t a replication of the A386 movement strictly speaking, but captures the crux of the original. To be sure, this release isn’t going to win any plaudits for innovation, but when you’re working with a set of design codes that are this sublime you’d better have a good reason for making changes.

The Zenith El Primero A386 Revival will be available for HK$159,600. To learn more, visit Zenith online. 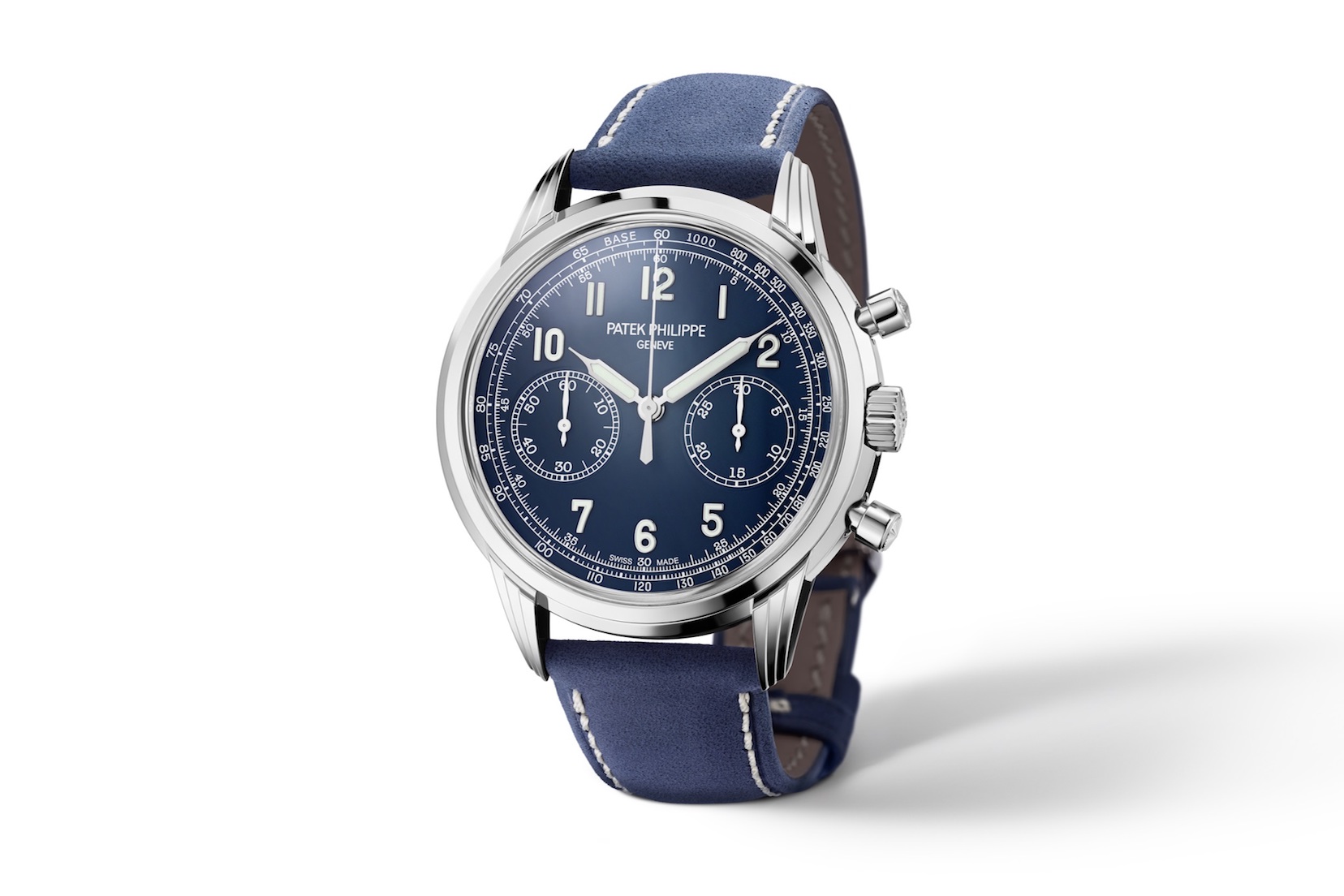 Tipped as the successor to Patek Philippe’s immensely popular Ref. 5170, the new 5172G is a handsome mid-century inspired chronograph that grabs inspiration from a number of sources. Its syringe-shaped hands and luminescent Arabic numerals are lifted from the 5320G — a QP that Patek debuted in 2017 — while the varnished blue dial and stepped lugs were reportedly based on a unique Ref. 1463 made for Briggs Cunningham. The various vintage queues aren’t to everyone’s taste — certain collectors are especially mad that, moving forward, this is what will replace the whole 5170 lineup — but bear in mind that down the track Patek could discontinue this 5172 in favour of something more expected. Until then, this strikes a pretty great balance between the sporty and historic, underlined by a movement that is in one word “gorgeous”. 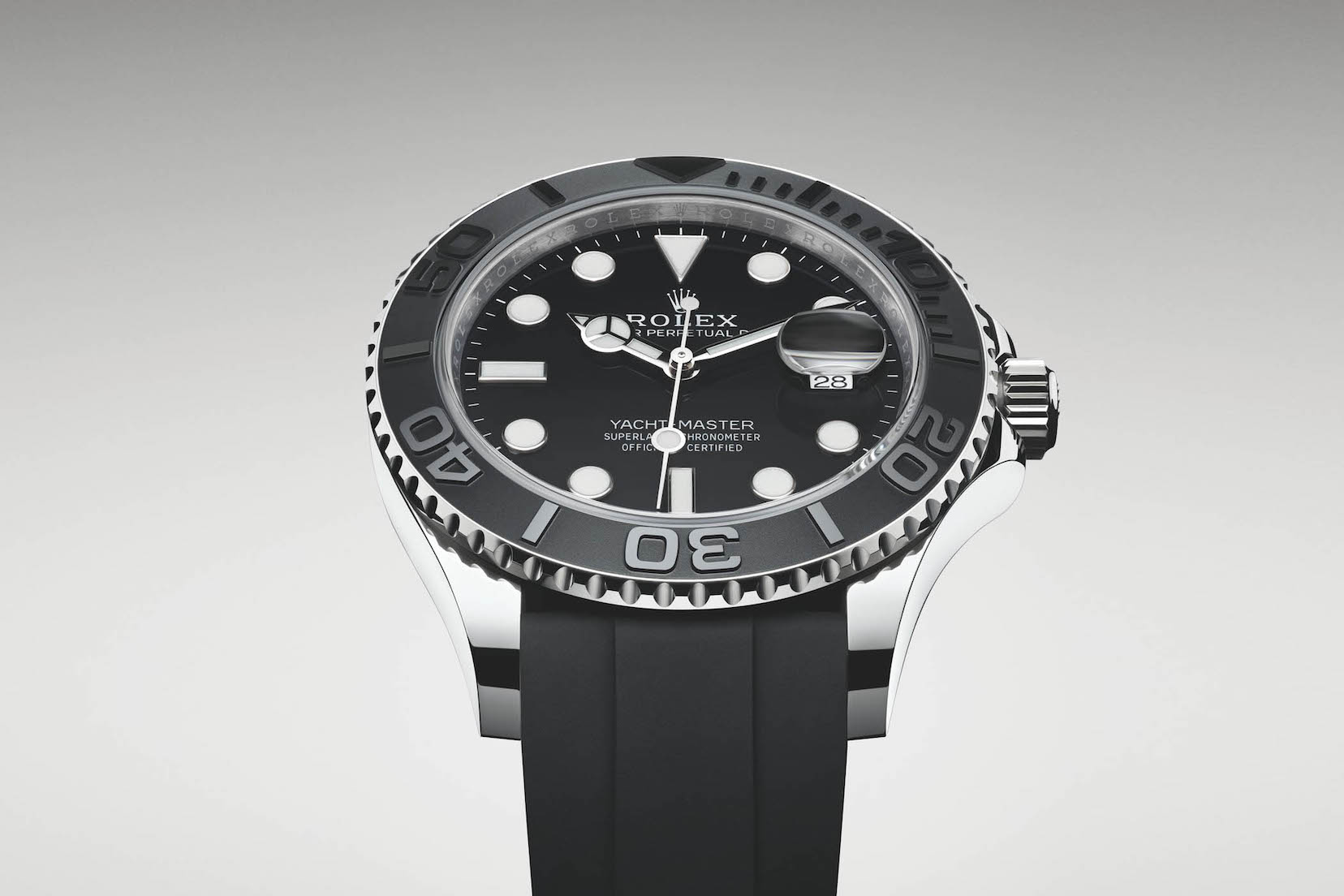 In a world of Wonkaland RM 37s or Rainbow Daytonas, what you sometimes end up craving is something that’s a little subtler; and while Rolex make plenty of options that scream “I am the one who knocks”, their new Yacht-Master 42mm is less that and more of a self-assured hat tip. When images of this thing began hitting the web, the words that repeatedly flashed in my mind were “stealth wealth”. Seriously, at a distance this is a familiar and derivative looking tool watch that the average person might even mistake for a Submariner. Get a bit closer however, and you’ll find that it succinctly captures the Yacht-Master DNA, while offering a degree of function (i.e. the Chronoenergy escapement-equipped calibre 3235) and finish (white gold casing) that only Rolex can.

The Rolex Yacht-Master 42 in white gold will be available for HK$217,200. To learn more, visit Rolex online.