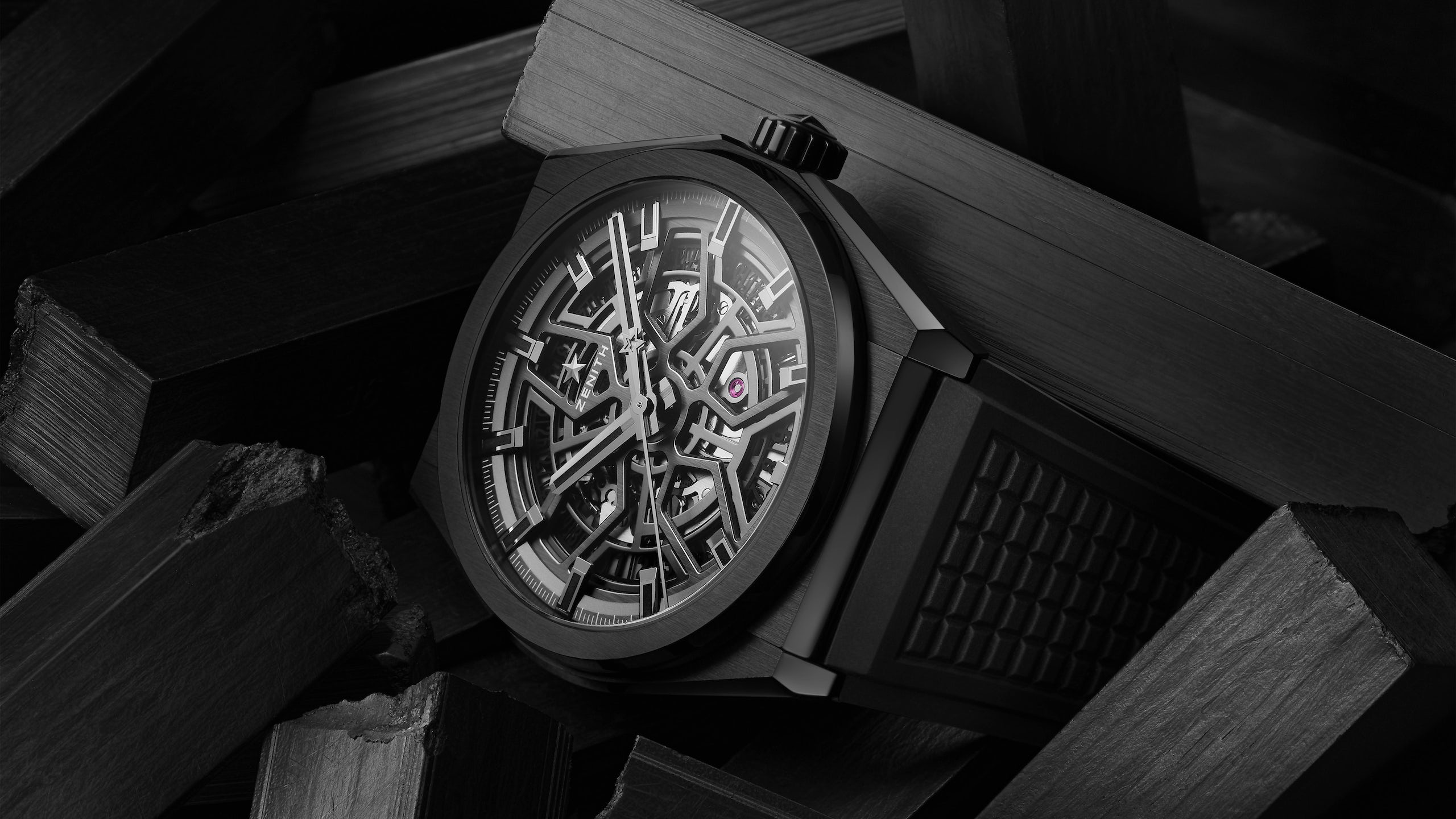 Wrist Watch: 5 of our team’s favourite timepieces this February

Style
Wrist Watch: 5 of our team’s favourite timepieces this February
Share this article
Next article

In Wrist Watch — our monthly column dedicated to exciting new and vintage releases now (or soon to be) available in Hong Kong — resident horology enthusiast Randy Lai spotlights key finds each exhibiting some element of aesthetic, mechanical or cultural significance. This week, we’re switching up our usual focus (i.e. eminent Hong Kong collectors) to bring you the inside track on releases that have us really excited over here at Lifestyle Asia HQ. From classic dress watches to experiments in material innovation, we give you a wide range of recommendations calibrated to the diversity of our team. 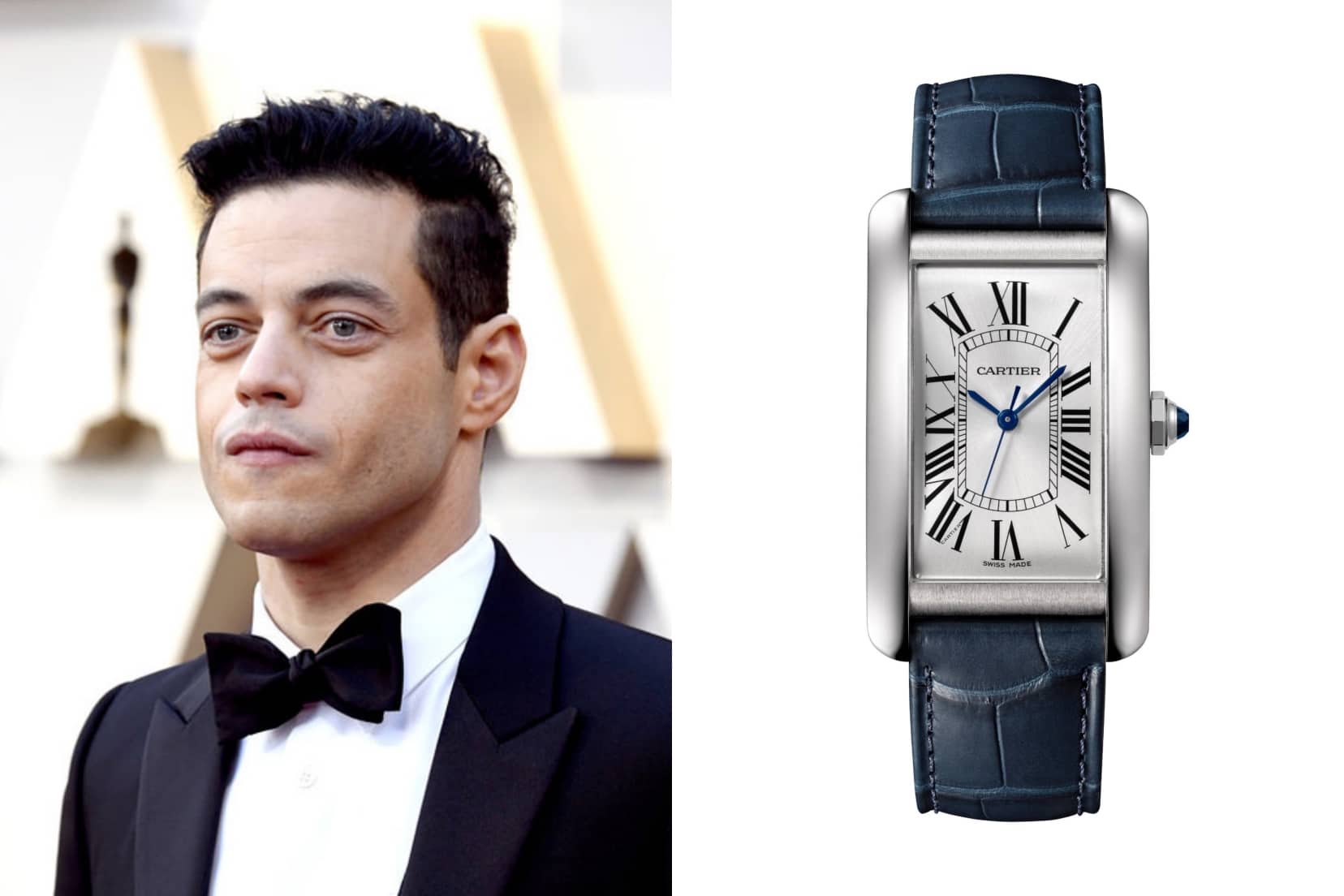 In the aftermath of this year’s Oscars, numerous eyes were firmly trained on Rami Malek, whose Freddie Mercury biopic Bohemian Rhapsody took home the coveted award for Best Motion Picture (Drama). I on the other hand spent a lot of time clocking Malek’s wrist — see what I did there? — thanks to the snazzy Tank Américaine adorning it. Part of the wider Tank lineage which began in 1917, the Américaine was originally launched in the 80s as a salve for (apropos of its name) those U.S. collectors who wanted bigger sportier Tanks. Its slightly convex silhouette recalls the graceful curves of the Cintrée but stops just short of imitation, anchored by a flat caseback and elongated lugs that really help the whole thing wear flat on the wrist. The combo of brushed/polished steel and blue alligator is eternally elegant — as we saw on Mr. Malek (helped no doubt by his trusty Saint Laurent tuxedo) at the 2019 Oscars. 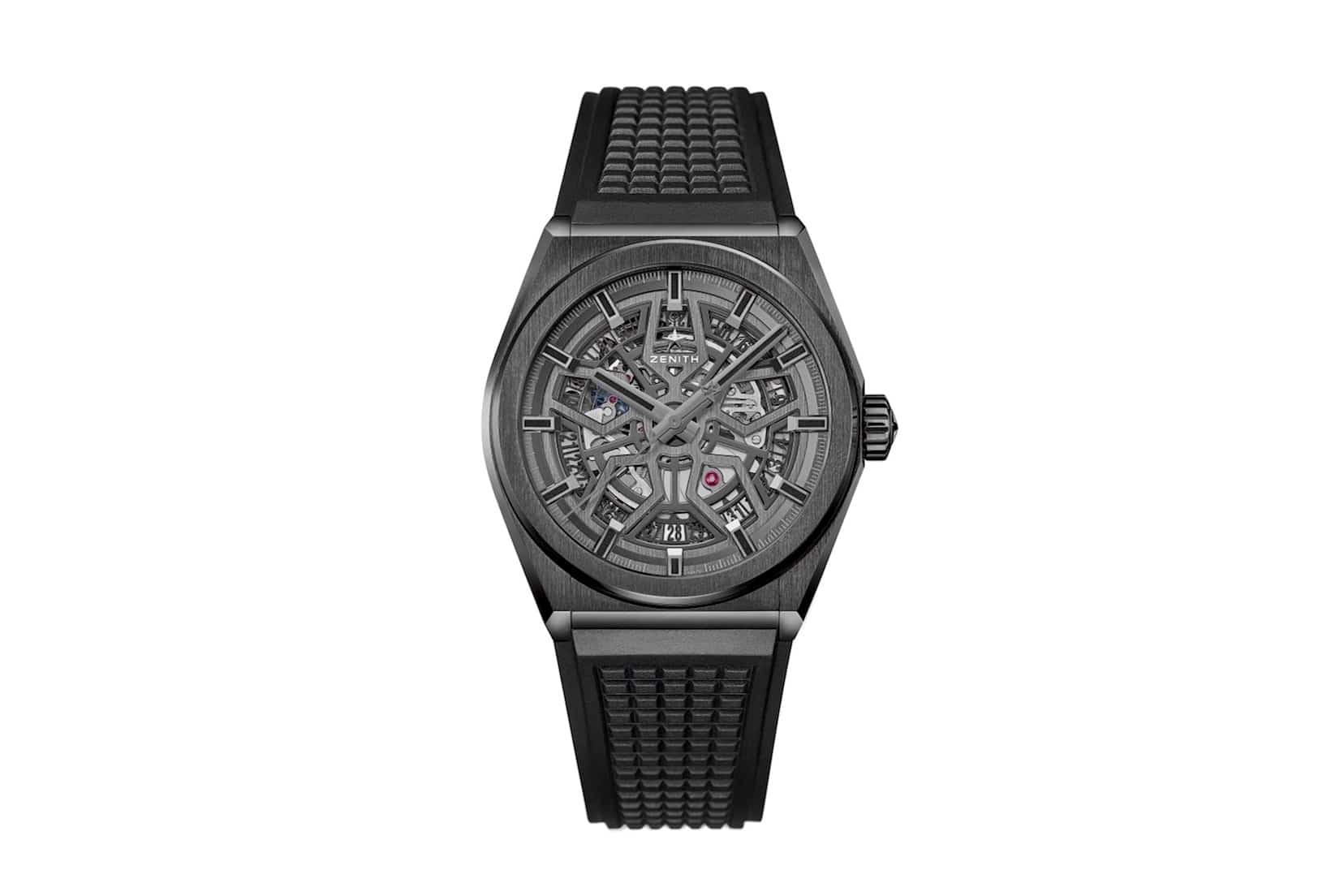 Seemingly illegible from a distance, the new Zenith Defy Classic is actually a relatively simplistic three-hander, made all the sharper for its use of ceramic case material. That’s sort of the raison d’être of all Defy timepieces: precise mechanics wed to cutting edge design. Featuring a colour palette that is pared down to black and varyingly intense greys, the dial demonstrates surprisingly good legibility thanks to thoughtful deployment of multiple finishes and open-working (the latter being a specialty of Zenith’s). Admittedly, the date wheel does get a little mired in the overarching design language, but that’s not an egregious misstep — given the sleekness of the watch’s profile and aesthetic. This particular Defy is powered by the Elite 670SK — Zenith’s entry-level movement within the collection, known for its signature star-shaped rotor and 50 hour power reserve. Contemporary, hard wearing and now available in murdered out black-on-black, this ceramic Defy Classic is the sort of watch that makes the best impression up close and in the metal. —Randy Lai, Staff Writer 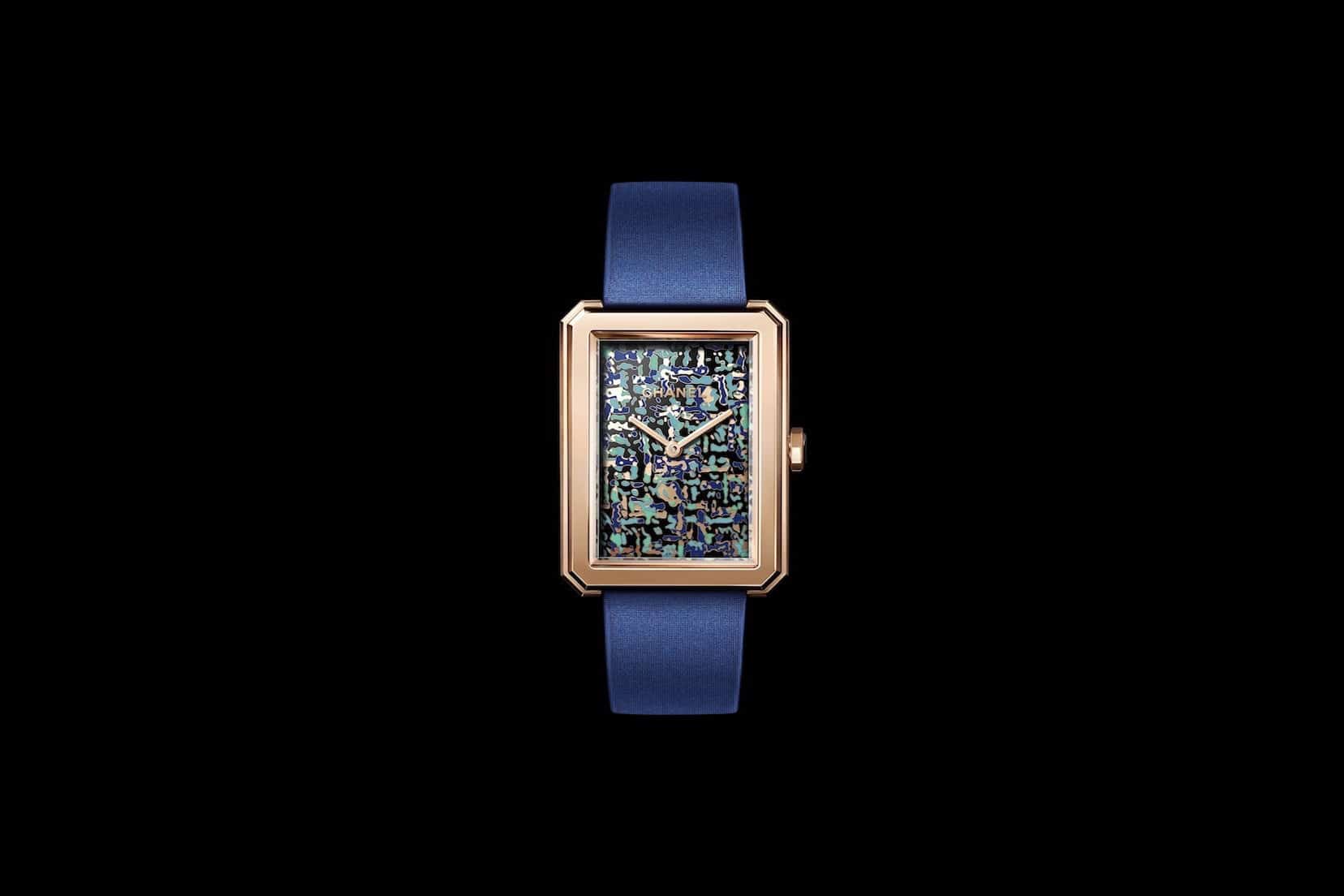 Fashion lovers are all familiar with Chanel’s signature tweed. This textile was, of course, an element originally borrowed from menswear by Gabrielle Chanel. This year, the maison is extending the horizon of its iconic fabric to the horological world and, ahead of Baselworld 2019, introducing a special limited edition Boy·Friend Tweed Art novelty. Limited to an allocation of 20 pieces worldwide, this new take on the Boy·Friend Tweed features a 37mm case in 18k beige gold and signature octagonal shape, framing a colourful tweed-patterned Grand Feu enamel dial. It also comes on a satin strap in a vibrant blue, which offers an extra dose of artistic flair to this elegant timepiece. —Cindie Chan, Style Editor 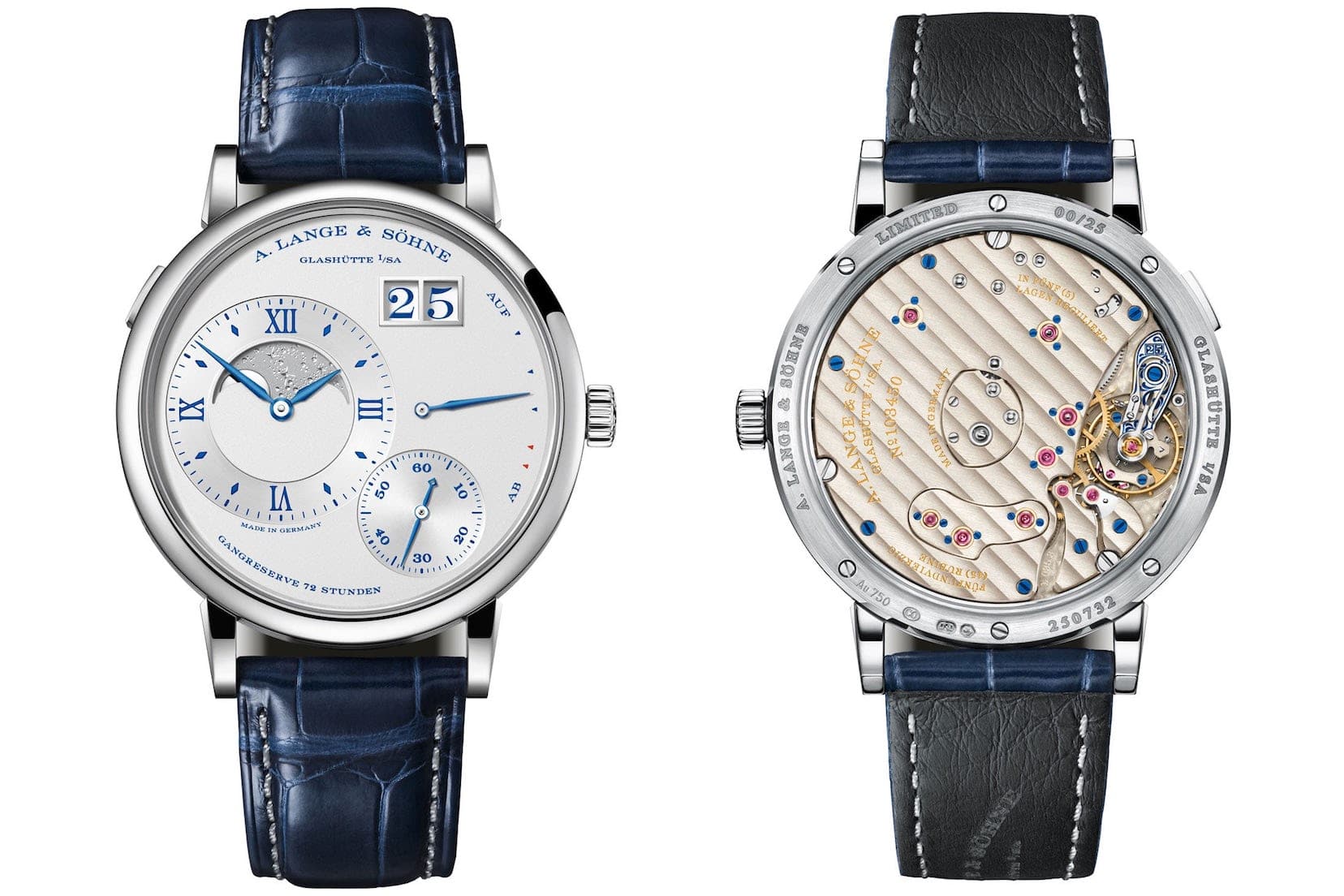 A. Lange & Söhne are celebrating the 25th anniversary of the Lange 1 — a very fine example of Lange’s watchmaking artistry which possesses iconic features such as the outsize date and off-centred dial — with not one but 10 (!) different limited editions, all of which will be released this year in very small quantities. The second of these, the Grand Lange 1 Moon Phase ‘25th Anniversary’, is a stunner with 41mm white gold case, two-tone silver dial, blue numerals and blued steel hands, but the standout feature — the one that makes this watch a total grail — is a moonphase complication. Made from a hand-engraved disc of white gold that’s hidden within the central timekeeping register, it conjures the lunar surface; up close, it shows off the precision and skill of Lange’s in-house artisans. Only 25 pieces will be produced — this is a limited edition that’s truly limited — so good luck getting your mitts on one. But just think of the payoff if you succeed. —Michael Alan Connelly, Editor in Chief 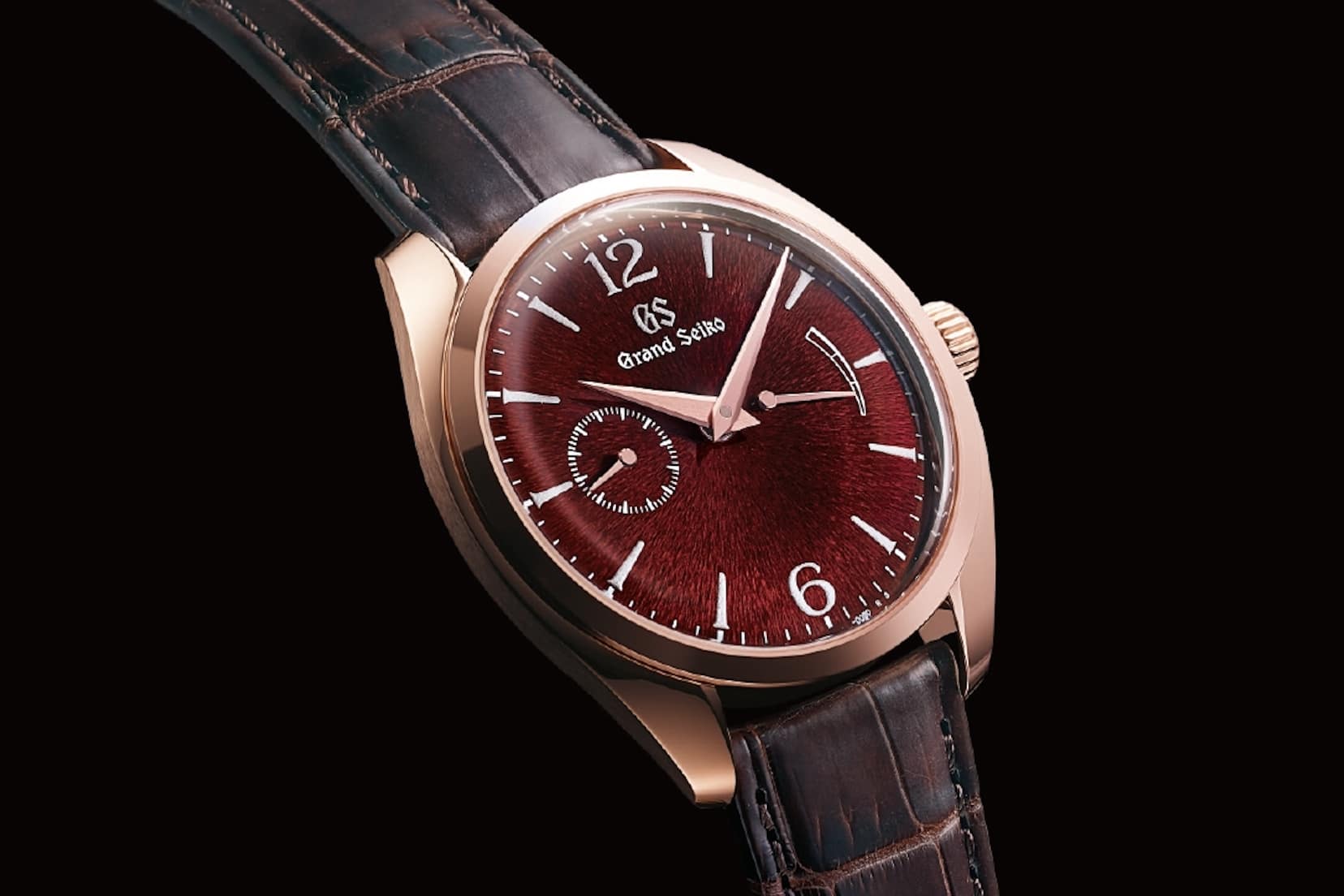 For Baselworld 2019, Grand Seiko are gearing up on the dressy novelty front with three new additions to their burgeoning Elegance Collection. That’s not big news in and of itself, but these novelties — which combine never-before-seen dials, movements and Urushi lacquer — push the design language of Grand Seiko in a bold new (albeit still stylistically classical) direction. In terms of mechanics, each new dress watch is powered by the 9S63: a manual winding calibre that offers a 3-day power reserve and accuracy of +5 to -3 seconds per day. On the dial, the movement’s power reserve and small seconds are positioned at 3 and 9 o’clock — the latter having never before adorned a Grand Seiko dial. These display elements are actually bent by hand, so they trace the contour of the domed crystal overhead and offer a playful take on the traditionally symmetrical. Whilst all three dials are painted using Urushi lacquer, I simply can’t avert my gaze from the version in amber: framed within a prism of 18k rose gold, transparent Suki-urushi (drawn from trees over a century old) illuminates an irregular radial motif underneath that is inspired by Mt. Iwate — the dormant volcano that looms over Grand Seiko’s Shizukuishi Watch Studio. —RL

Living
27 Questions: Yenn Wong, CEO & founder of Jia Group
Beauty & Grooming
Achieve peak summer glow with Chanel’s latest Les Beiges collection
Food & Drink
These are the tapas we can’t get enough of at newly-reopened 22 Ships
Style
A hundred rare vintage clocks by Cartier are going under the hammer this month
Travel
LSA Curates
Travel
Lifestyle Asia launches LSA Curates, a slate of exclusive experiences for our readers
Travel
Explore the surreal region of Spitsbergen with Quark Expeditions
Travel
Step into an urban oasis with Praya Palazzo’s flexible stay offer
Travel
These Belmond hotels are offering Pay Now Stay Later vouchers for your next vacation
Sign up for our newsletters to have the latest stories delivered straight to your inbox every week.