In Wrist Watch — our monthly column dedicated to “watch spotting” in the wild — resident horology enthusiast Randy Lai chats to key individuals whose collections exhibit some aspect of excellence (e.g. craft, rarity, historicity). This June, he kept things local and chatted to Hongkonger Chris Tang: one half of the duo behind cult menswear shop Prologue; and a burgeoning collector of mechanical, mostly vintage, timepieces.

PB & J, vermouth mixed with rye, Lennon and McCartney — certain things are just that much better when you put them together. It’s a sentiment shared by this month’s guest, who for many years has nurtured an interest in the mutually enriching worlds of menswear and watches.

A banker by trade, Chris Tang is the co-founder of Prologue — a SoHo-based boutique that specialises in custom tailoring inspired by the sartorias of Japan and Italy. Like many personalities within the landscape of modern menswear, Chris’s early interest in clothing was borne out of vocational necessity — his penchant for mechanical watches began at around the same time. “I first encountered [both] when I started working in finance,” says Chris. “[Nowadays] I spend hours chatting with our customers (who happen to be watch fanatics) and they inspire me to explore a wide range of pieces that come from all ends of the spectrum.” 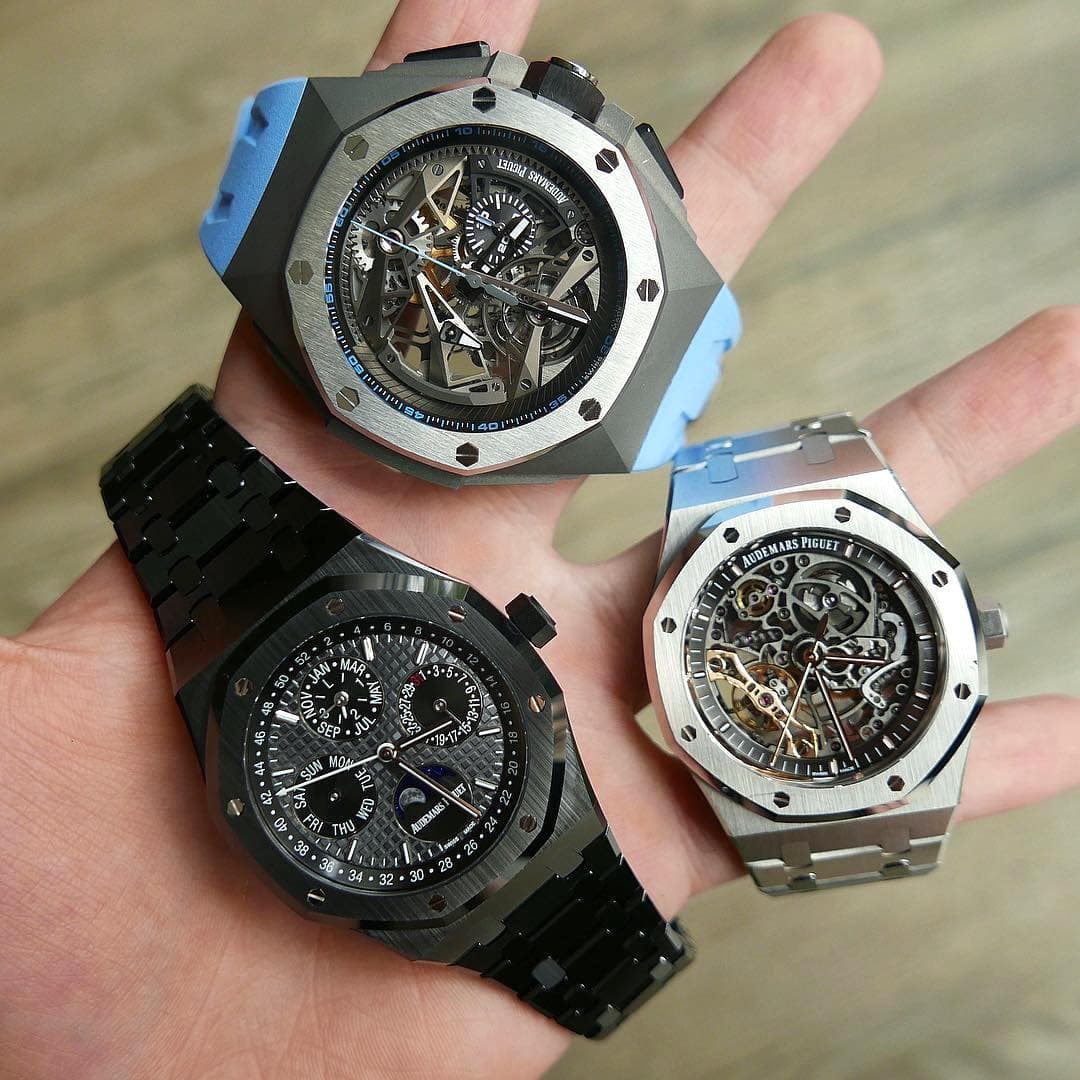 Daily immersion in the menswear biz has visibly influenced what Chris likes to collect. He’s an honorary member of many style tribes: as partial to a flight jacket as he is three-piece tailoring. Because of that, you’re unlikely to see too many complications adorning his wrist. Instead, he values watch design of the super-elegant yet rugged persuasion — the kind that lends itself to dressing up, dressing down, and everything in-between. For regular readers of Wrist Watch, that means stainless steel bracelets, cases in the 36-40mm range, and plenty of vintage Rolex (including a rather special ref. 1675 GMT). You can view the full collection below.

“I know this gets said a lot but the Submariner has to be one of the most recognisable tool watches of all time. Amongst innumerable variations, my favourite has to be the Ref. 1680. The earliest versions bore the ‘SUBMARINER’ signature in red, and thus the nickname ‘Red Sub’ was born. This colouration was phased out sometime between 1973-1974, and replaced with the much more common white typeface.

Pictured above is my Red Sub with the original Plexiglass switched out (I prefer dial coverings without a magnifying cyclops). It’s an extremely versatile piece and goes with any style of clothing: classic tailoring, Americana, streetwear, you name it. In other words, this is the kind of fuss-free divewatch you wear as a daily workhorse. The red typeface instantly distinguishes it from other Submariners, yet is subtle enough to ensure the overall design remains versatile. This particular 1680 sports a gorgeously patinated dial and thick ‘pumpkin’ lumes — features that are generally regarded as desirable amongst Rolex aficionados.”

“Obviously, the name is a dead giveaway. This Ref. 1675 features a faded bezel insert decorated in the colour scheme of the iconic Pepsi logo. Vintage Rolex collectors are obsessed with seemingly trivial variations on parts like the dial; and this 1675 is a good illustration of that. The dial piece itself is part of the Mark I ‘Long E’ linage — the earliest dial to be used in the 1675. You can see that the lume plots have faded, and taken on a pumpkin-coloured hue that’s similar to my Red Sub. In line with personal tastes, I also removed the original Plexiglass covering — so the display isn’t obscured by a cyclops. I usually match this watch to more casual looks, regardless of whether they’re inspired by tailoring, heritage clothing or streetwear.”

“This is probably one of the most important watches that I own and will forever treasure the most. My parents gifted it to me on my 18th birthday. It’s symbolic of the beginning of my collecting journey. This entire watch screams practicality: you’re able to display three time zones simultaneously; and the movement (i.e. calibre 3186) enables adjustment of the green 24-hour hand independent of the hours and minutes. That enables me to easily jump from hour to hour, keeping track of different time zones without ever accidentally adjusting the local time. Another feature which I gravitated towards was the ceramic bezel — something unseen in previous models. Apparently Rolex has since discontinued the 116710, making it even more sought after. An absolute go-to when I travel.”

“I like to call the Basculante the ‘child’ of the Cartier Tank and Jaeger-LeCoultre Reverso. The former is arguably one of the most elegant and timeless watch designs out there — among the first to tap the aesthetic potential of shaped/rectangular cases. The same can be said of the Reverso: so-called because the body was capable of rotation on one axis in order to shield the dial (a practical feature for polo players). Unlike its spiritual predecessors, the Basculante can be rotated 360 degrees. The particular model I’m wearing above is an iteration from the 1990s: it features an exhibition-style caseback through which the movement is displayed.”

“Another rectangular dress watch reporting for duty! This is an extremely classical design put out by OMEGA sometime in the 1930s. The degree of craftsmanship on display is particularly rare by modern standards: note the hand-engraved 18K yellow gold case and enamel indices. At 34mm x 34mm, I find it to be the perfect size to pair with classic menswear — think printed silk ties and a razor-sharp double-breasted.”