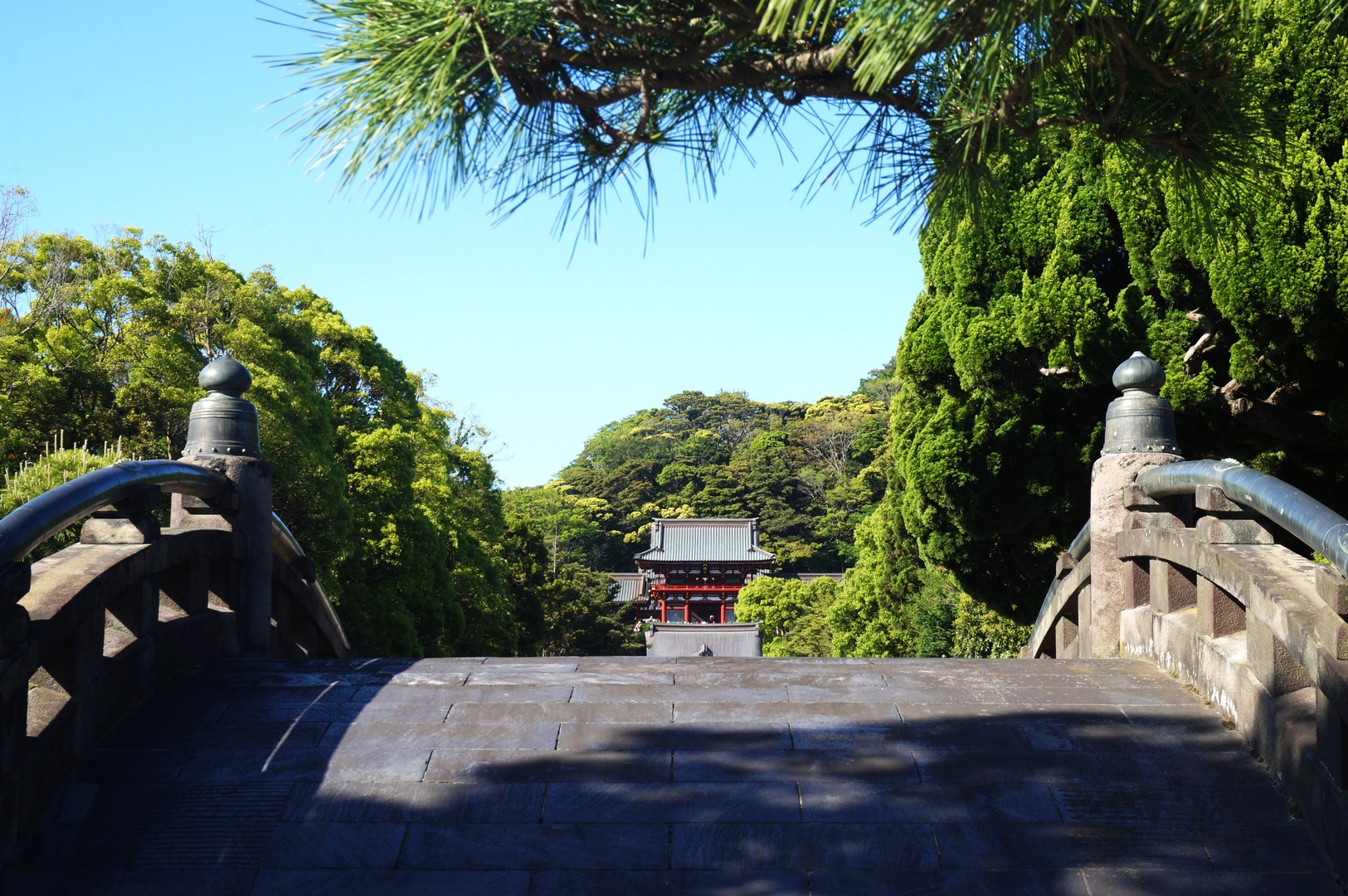 Check out: Kamakura, Japan’s samurai town along the coast

Travel
Check out: Kamakura, Japan’s samurai town along the coast
Share this article
Next article

In the days of yore, Kamakura used to be a samurai town. This was because it used to be the political centre back in medieval Japan times, where clans would go to war with each other and samurais would be sweeping the town with their katanas. Alas, that is all in the past and the Kamakura we know today is a peaceful coastal city with an abundance of Zen and Buddhist temples.

Kamakura is the perfect day trip to make if you’re coming from Tokyo, as it is a mere hour train ride. But should you make time to stay, you’ll find that this quaint coastal city has much to offer.

Dining & Drinks
While Tokyo has its fair share of good food and Michelin-starred restaurants, Kamakura doesn’t fall too short behind. Try a Michelin-starred soba restaurant, for example. Bonzo is a hidden gem located in the Zaimokuza area of Kamakura and specialises in handmade 100% buckwheat soba. When Michelin’s Tokyo Guide included the Shonan area, Bonzo was one-starred for three years in a row.

Its owner, Ippei Hayashimoto has been manning the shop for 10 years now and is the soba master there. Be sure to make reservations if you’re going for dinner, and expect to wait in line during lunchtime. Hayashimoto also offers soba-making classes to foreigners interested to learn the art.

If you’re in the mood for something more exquisite, like a finely-made traditional Japanese meal with the freshest ingredients, head on to Sorahana. Located inside a repurposed old house with a traditional yet elegant setting, the food at Sorahana will leave you feeling wholesome and at peace.

Meanwhile, if you’re feeling particularly adventurous, test your fate with fugu — the Japanese puffer fish. Guenpin Fugu is one of the known fugu restaurants that has been around for over 30 years. Have your fugu in sashimi, fried, barbecued, or hotpot style. Be sure to try the torafugu, the tiger pufferfish that’s one of the highest grades of pufferfish. After all that dining, it’s time to wind down with some drinks.

Head on to Beau Temps for a great selection of wines and Mediterranean bites. The setting itself will be calming to the senses with the abundance of greenery and open-air terrace. This wine bar also serves a good assortment of organic wines, if that’s up your alley.

The best part of Kamakura being a coastal city is that you’re bound to have sea views from your hotel. Check in at Kamakura Prince Hotel, located on Shichirigahama Beach. They have 97 rooms with ocean-facing vistas and great scenery of Enoshima Island. On a clear day, you might even be able to see Mount Fuji. Another hotel option is the Kamakura Park Hotel, which also boasts stunning views of the sea from its rooms. The hotel prides itself on the European-style room interiors and the Italian furnishings, which make for a sumptuous stay during your time in Kamakura.

Kamakura is first and formally known for its shrines and Buddhist temples. The star attraction is definitely the Great Buddha of Kamakura statue in Kotokuin Temple. It’s the second tallest bronze Buddha statue in Japan and is more than 700 years old. In fact, even Rudyard Kipling referred to this particular statue in his novel “Kim” after he visited the town in 1892. Visit the Hokokuji Temple too, if only to bask in its serenity. This specific temple is known for its beautiful bamboo garden. Walk through it and you’ll eventually come to a tea house, where you can enjoy traditionally-made green tea as you stroll in the stillness of the bamboo grove.

Also worth visiting is Kamakura’s most important Zen temple: Kenchoji Temple. It is ranked number one out of Kamakura’s five important Zen temples and also the oldest, founded in 1253. Follow the path and stairs, and you’ll find yourself at a small observation deck where you can possibly see Mount Fuji on a clear day. There is a second observation deck where you can see the full bird’s eye view of the temple grounds as well as the Kamakura town area.

During the summer, Tokyo city dwellers will flock to Kamakura and chill out on the many beaches they have. Official beach season is from July to August, and the most popular beaches to check out in Kamakura will be Yuigahama and Zaimokuza. As for the surfers, they should head to the stretch of beaches that continues to Chigasaki in the west and Kamakura in the east.

Connected by a bridge to the mainland is Enoshima, a touristy island with more shrines, a park, and an observation tower. During the winter season, the park lights up with ‘winter illuminations’, the Japanese version of lighting sculptures and art. It will be a sight to behold.

Japan travel kamakura bonzo kamakura big buddha kamakura
PohNee Chin
Editor, Kuala Lumpur
Poh Nee is the editor and writes about travel and drinks. When she's not living out her holiday dreams via Google Earth and sipping on an Old Fashioned down at the local bars, you can find her snug at home bingeing on Netflix and mystery fiction.
Travel Drinks

The best luxury destinations for a socially distanced holiday