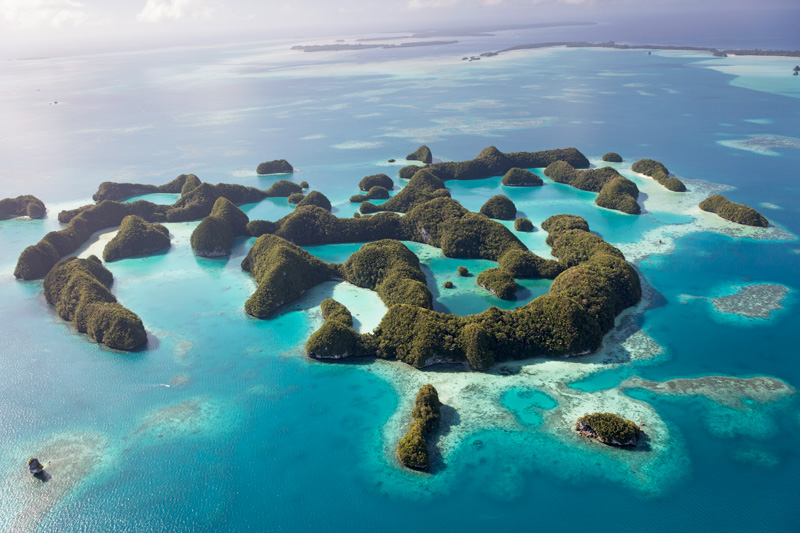 Check out: Palau, the forgotten archipelago southwest of the Philippines

Travel
Check out: Palau, the forgotten archipelago southwest of the Philippines
Share this article
Next article

Palau may be (vaguely) remembered for being the setting of the tenth season of American CBS competitive reality television series Survivor. Yet, most would probably have never considered a trip there. This should change, though, as this archipelago of over 200 largely pristine limestone and volcanic islands southwest of the Philippines is a diver’s dream destination, especially with its exciting seascape teeming with diverse marine life and fascinating wrecks. After all, the islands were the setting for World War II, when the US Marines landed on Peleliu.

Known as the Republic of Palau, the island country is located in the western Pacific Ocean, blanketed in an emerald forest and shimmering turquoise lagoon. Beneath the surface, an extraordinary array of natural wonders await.

Although it’s been under the radar for a while, Palau is gaining popularity again, especially after the closure of popular Philippine island Boracay. Here’s everything you need to know about travelling to Palau.

Gateway to Palau
Most journeys to Palau starts on the island of Koror, the beating heart of the country. Formerly called Corrora, the former capital comprises Koror Island and its two satellite islands, Malakal and Ngerkebesang.

The provincial town is home to about two-thirds of the country’s population, making up one of the highest population densities in Micronesia. Wander around, and one will find that it boasts great restaurants, boutiques, museums, and traditional monuments coexisting alongside modern-day buildings.

Accommodation
If you’re looking to stay at a hotel in Palau, Koror is home to a few high-end hotels. One of which is Palau Pacific Resort, which offers cottage-type villas with traditional Palauan A-frame style structure across 64 acres of lush tropical gardens. Those looking to be closer to the sea can choose to luxuriate in one of the beautiful water bungalows, which offer spectacular views of the Pacific Ocean.

If you prefer staying on the island of Malakal, Cove Palau Resort is a waterfront oasis you should consider. Located just steps from the marina, the resort provides easy access to Rock Island tours, the best diving spots, and opportunities to swim with dolphins.

Activities
Palau is a diver’s paradise. Beneath its warm, tropical waters, one can find fantastic sea walls covered in coral and drop-offs boasting a variety of animals, including a plethora of large pelagics and sharks. In fact, Palau is home to some of the world’s healthiest and most impressive UNESCO-listed reefs. It is known as the “Underwater Serengeti” for a reason.

One of the archipelago’s most magical dives is Blue Corner, known for its sheer abundance of underwater life and reef configuration. Here, you can find a variety of fish include barracudas, jacks, Napoleon wrasses and schooling grey reef sharks. However, be careful as strong tidal currents render the dive for the more experienced.

Amateur divers have other options, though, and can snorkel over world-class sites boasting wonders like Japanese Zeroes from World War II lying in less than ten feet of water. The Jakes Sea Plane, for instance, rests among hard corals in 13 to 33-metre depth. The surrounding reef is home to cuttlefish, octopus, and nudibranchs.

The best way to experience Palau is on a live-aboard, perfect for divers hoping to make the best of their trip to the island nation. The MV Solitude One, originally rebuilt from a 52-metre steel hulled merchant vessel, incorporates the latest onboard technologies for safety and diving for guests in both Palau and the Philippines.

Another liveaboard visitors to Palau can consider is the Rock Islands Aggressor, formerly known as the Tropic Dancer. The vessel is equipped with 9 deluxe staterooms, each with a private ensuite. Its onboard menu features a variety of American fare and local cuisine.

Local delicacies
Palauan food is wonderfully varied and draws heavily on influences from the United States, Japan, the Philippines, Indonesia and Malaysia. These culinary influences have created a fusion cuisine of rice and seafood, barbecued chicken and pork, root vegetables, fresh food and spices. Additionally, it is also typical of the Pacific islands, where you’ll find taro, pandan and pumpkin.

While interesting, none of these can compare to the most infamous of them: fruit bat soup. The bats, also known as Flying Foxes, is considered a traditional food on some Pacific islands, but a delicacy in Palau. The dish has been steadily gaining popularity among tourists, that one hasn’t fully experienced Palau’s culinary offerings until they try this delicacy.

Currency in Palau
The official currency of Palau is the US Dollar. Credit cards are also accepted at most, though not all, shops and restaurants.

How to get there
To get to Palau, you’ll have to fly into Koror’s Roman Tmetuchl International Airport (ROR), Palau’s only airport. There are no direct flights but a stop over in Manila would be the fastest connection.

Travel Travel Guide Philippines Palau Micronesia World War II republic of palau wrecks
Dewi Nurjuwita
Senior Writer
Dewi Nurjuwita is a travel and design writer who can be found exploring the streets of foreign cities with passport in one hand and a cup of coffee in the other.
Travel Architecture Interior Design

10 ecotourism destinations that should be on your bucket list