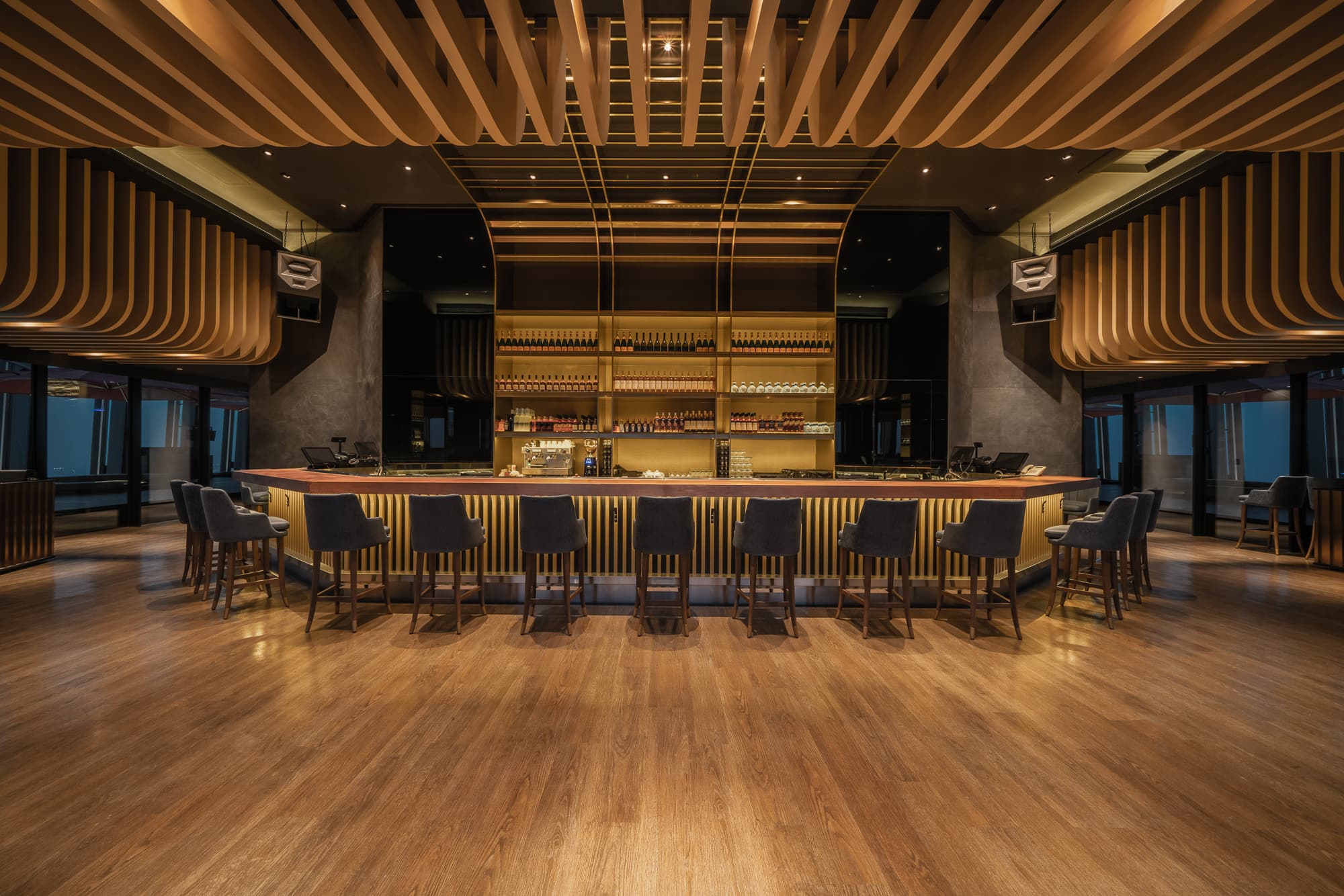 If Taipei was never formerly on your must-visit list, the Taiwanese capital with a downright drool-inducing affinity for great food, lax lounges, and world-acclaimed bars, is soon to rise.

A 48 floors to the top of the city’s newest skyscraper, CÉ LA VI Taipei celebrated a highly anticipated grand opening party just last month, unveiling what could possibly be the continent’s hottest new nightlife unveil. Claiming the title of the highest rooftop lounge in Taiwan, CÉ LA Vi Taipei tops the city skyline at Breeze NanShan, overlooking the sleek cityscape with an absolutely incredible 360-degree view of Taipei. It marks the first time that the luxury lifestyle brand is unfolding a concept of this calibre in Taiwan, and it was met – by both local and international celebs, influencers, and industry heavyweights alike – with great pomp and praise.

Yet beyond an effortlessly cool ambiance and a fittingly stylish clientele, there’s more to CÉ LA VI Taipei than initially meets the eye. Between interior accent, a whisk of the locale, and the CÉ LA VI brand’s mission for yet another epic pursuit of and for passion, we attended the launch events to uncover exactly why.

Situated in the trendy shopping and entertainment district of Xinyi (which, no less, is also home to the iconic Taipei 101 building, conveniently admirable directly opposite), the new club, bar, and restaurant grabs the attention of its onlooker from the get-go, going beyond the sheer Instagram-ability of its remarkable location pinpoint.

Priding itself on the CÉ LA VI ‘sense of arrival’ ethos, guests to the venue are greeted by deep mahogany wood interiors and an elegant arrangement of clean-cut lines and hues. It is an exclusive escape from the mundanity of the outside world below, with a seamlessly flowing design concept of 1400 square metres from interior to exterior, and from dining in the day to drinks into the night.

CÉ LA VI’s trademark red umbrellas dot the outside terrace area, which eloquently wraps around the interior hangout areas to give the club a fluent sense of design. Offering intimate hideouts in alfresco booths with views of the city from all angles, the outdoor sunken tables are reminiscent of your average club tables, with a personable upgrade. Spacious, comfortable, and host to many a niche and noteworthy who’s who, the booths offer dedicated table service as at any club, yet give it new meaning with a personalised climate control mechanism for each table. Given this subtle yet entirely atmosphere-changing perk, the Sky Deck can be used year-round, bringing a clever rare luxury to whatever the weather situation. The Taipei cold wouldn’t know what hit it.

A cutting-edge system provides the soundtrack to any and every of these nights, taking inspiration from the likes of mega-clubs like Marquee Las Vegas and Exchange Los Angeles. The immersive sound experience was designed by Audio 6 Taiwan together with Funktion-One UK, and is accompanied by audio-visual technology and electric performances, for a curated soundscape at new heights.

Located right in front of the dance floor, the centrepiece of CÉ LA VI Taipei is the all-copper bar. Spanning more than nine metres, it lies at the central south side of the restaurant, offering an inspired cocktail list, for those who like to stray away from standard bottle service and shots.

Embracing Taiwanese culture with local twists and touches, expect anything from a Gaoliang Cocktail (made with Baijiu, distilled sorghum, and notes of plum), to a Taiwan High Mountain Tea (a Taiwanese take on a classic Old Fashioned). Unmissable is the Grass Jelly Milk Tea, balancing Chinese herbs with a sweet and silky fresh milk tea. Consider it a little like a booze-laced bubble tea – taken to the next level.

A contemporary blend of Asian flavours

Indeed, ‘next level’ is a concept that rides through from location to bar to kitchen here, too. Long making a name for itself as a hot pre-clubbing dining destination, the food offering at CÉ LA VI Taipei follows in similar flair to the likes of its Singapore and Hong Kong siblings.

Fusing French cooking techniques with fresh Taiwanese produce and Southeast Asian spice, the kitchen here is helmed by none other than CÉ LA VI’s Group Executive Chef Joey Sergentakis. Again, as photo-worthy as they are crave-worthy, the inventive dishes span everything from Foie Gras with Taiwanese Mountain Pears and Black Cod with Dry Shiitake Dashi, to Wagyu Beef Carpaccio. The menu is very much fine dining, but on an accessible and relaxed tangent that feels unpretentious yet well-executed.

Cap off the meal with a sweet selection by Iron Chef Champion and tongue-in-cheek charm chef extraordinaire Jason Licker, who has crafted a special dessert menu to highlight Taiwanese favourites. You’ll fall momentarily into a trance upon tasting the Molten Milk Tea Tart; a creative take on Taiwan’s beloved bubble milk tea.

With innovation at the top of its agenda, the restaurant currently serves lunch and dinner, with a weekend brunch and afternoon tea menu to be introduced shortly.

A milestone for the market

Whilst CÉ LA VI’s repertoire of nightclubs has long made a name for itself in Asia, CÉ LA VI Taipei marks the first of several openings that have been planned a little further away from its comfort zone in Southeast Asia. Shanghai and Tokyo are slated to become the next hot targets for the brand towards the end of the year.

Nevertheless, the region-wide appeal stems from a very localised strategy. Inspired by the city itself, CÉ LA VI Taipei shines with Taiwanese accents from architecture to menu, and caters very much to a local clientele. The project is a joint venture with Taipei nightlife guru theLOOP, which already rules and reigns the helms of club lounges in the city – for those in the know, think both the amazing OMNI and KOR.

A raving rocket fuel dose of combined forces, CÉ LA VI Taipei may just become what will solidify the East Asian city as a must-visit destination in the upper echelon of metropolitan nightlife scenes in Asia. The views and the vibes at your Instagram-craved finger tip, and the world outside an all-encompassing floor-to-ceiling window, there’s a true sense of high life here. C’est la vie – or as we’re calling it here in the Taiwanese capital from this summer: CÉ LA VI Taipei.

Travel Drinks Bars Nightlife Taipei Taiwan Nightclub Ce La Vi Omni CÉ LA VI Taipei theLOOP KOR Taipei Bars
Lisa Gries
Creative Content Director, Bangkok
Lisa loves to travel, and is always on the lookout for the world’s best nap spots. She’s a serious Asian art history nerd, and has a knack for languages and coffee table books. She hopes to publish her own novels one day, one of which will likely be called ‘All The Great Conversations I Had In A Bangkok Speakeasy.’ It’s a work in progress.
Travel Drinks Dining Watches