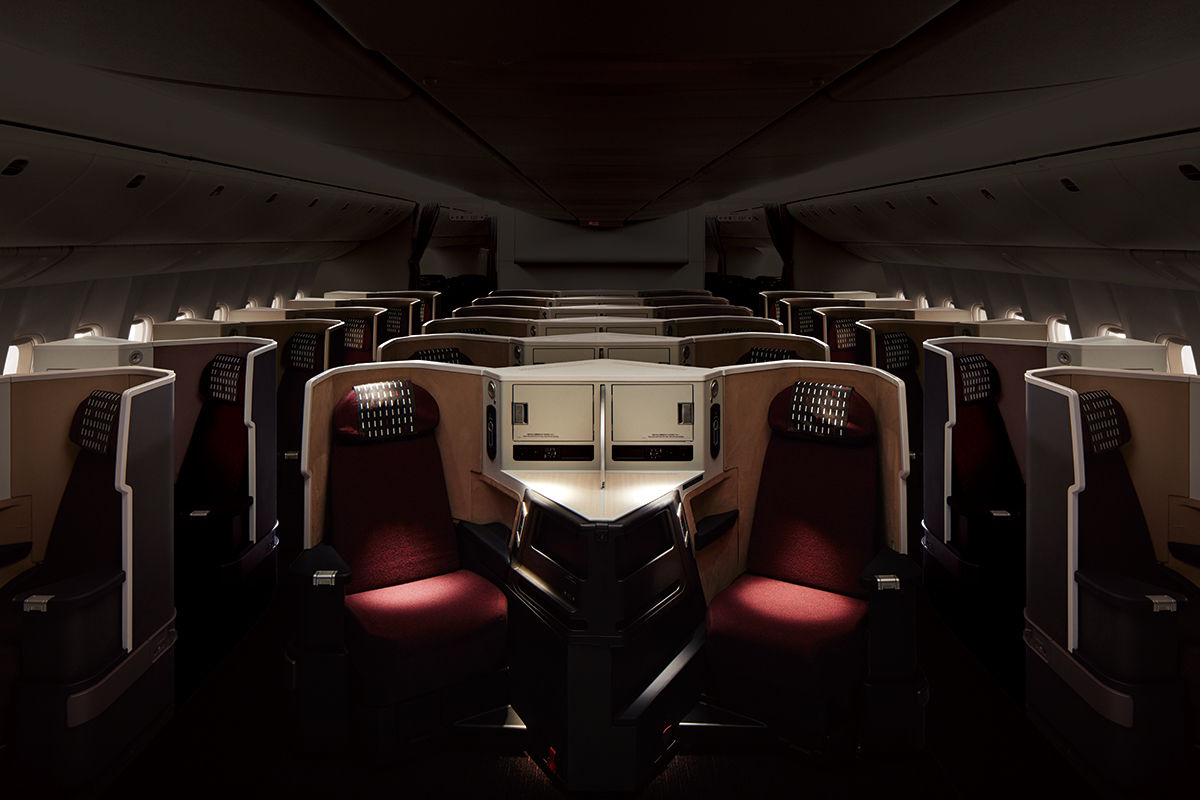 There is no doubt that Japanese hospitality surpasses the common understanding of good service. Known as omotenashi, it is a cultural standard predicated on service that comes from the bottom of the heart, with no pretence, and no ulterior motives. Omotenashi is also about thoughtfulness, and foreseeing a customer’s needs before it  even occurs to them. It is a practice that makes this brand of hospitality so unparalleled and thoroughly impressive.

Omotenashi is commonly associated with fine dining Japanese restaurants and hotels, but it is also an attitude easily experienced if you choose to travel abroad with Japan Airlines (JAL).

We recently travelled with JAL to Tokyo and Fukushima, experiencing both their Premium Economy and Business Class services, as well as their Dnata Lounge in Changi airport and Sakura Lounge at Haneda airport. From departure to arrival, and our return, every aspect of travel with JAL displayed omotenashi, precision and punctuality. Here’s a full review of our JAL experience.

Premium Economy, Business and First Class passengers are entitled to the use of the Dnata Lounge before takeoff. The comfortable 860 square metres lounge is located on the second level of Singapore Changi Airport’s Terminal 1 Departure Hall. Step in, and there are numerous seating areas with plush couches or high bar stools for you to relax, or indulge in a meal. All the seating areas are equipped with power stations — perfect for those who have to get work done before travel.

The highlight of the lounge was its food and drinks selection. The lavish buffet spread serves up continental, Japanese dishes and desserts. Think dim sum, laksa, satay, and noodle dishes steaming alongside Japanese bites such as curry rice and soba. Next to it was a slew of complimentary alcoholic and non-alcoholic drinks, including beers, wines, soft drinks and juices.

It’s all-you-can-eat, but prudence told us to hold back because there would be an in-flight meal as well, so we sampled some piping-hot curry rice with generous chunks of chicken and potatoes. The moreish sauce, spread on top of perfectly-cooked pearls of short-grain rice was hard to beat, but a representative from JAL swore the same dish at Haneda’s Sakura Lounge would be better, and boldly claimed it was the best in Japan. On our return trip, we learned he had a strong case.

After some refreshments, we boarded for a Premium Economy Class flight to Haneda Airport.

JAL is renowned for having seats with the most legroom, but its Premium Economy Class truly upsizes the idea of comfort onboard. The cabin is fitted with seats with a front-to-back width 10cm greater than those on regulation economy class. It’s so spacious that there’s little awkwardness when you have to cross someone on your journey to the washroom.

The comfortable seats were a real treat also because we were on a red-eye flight, so falling asleep was effortless.

We have to commend the in-flight dining service, as not only was there supper, but post-meal services that stuck true to omotenashi. After eating, you are given the choice of koucha or matcha tea as a digestif, and served hot coffee with a bun as a snack prior to landing. Snacks and beverages are also served on-demand.

In-flight WiFi also deserved two thumbs up. The log-in took about 15 minutes to connect, once we got through, Internet connectivity was available for the whole trip at a pretty decent speed. It costs US$18.80 (S$26) for 24-hour WiFi access, but there are also one and three hour access plans you can purchase.

One minor limitation was the entertainment selection. It had a substantial list of blockbuster movies and current episodes of popular TV dramas, but not as exhaustive as some of the other airlines we’ve flown on.

Regardless, being on Premium Economy was an indulgence, thanks to the generous seat specifications and excellent service. Its definitely worth the try should you be flying long-haul, but aren’t willing to splurge on a Business Class ticket.

But of course, sometimes flying in complete luxury makes all the difference. On the return flight back from Haneda Airport, we indulged in JAL’ Business Class seats — and it is as luxurious as the standards you’d expect from the world’s best. The award-winning Sky Suite III has recently been fully revamped with an improved seat layout, new fully-flat seats and much-coveted features.

For one, each seat has direct access to the aisle, ensuring ultimate comfort and privacy. There’s no time to be self-conscious about being that annoying person who wakes his neighbour up every hour to go to the loo when you’re travelling — especially not in the Sky Suite III. You get up and go as you want.

The seats boast ample legroom and are fully-reclinable, all the makings of a comfortable night’s sleep. Take it from us, as we usually have problems falling asleep on flights because of discomfort, noise, or neighbours scrambling over us to get to the aisle from time to time.

The cabin is fitted with luxurious consoles that include a storage compartment, controller for in-flight entertainment (via a large 17-inch personal screen, no less) and a laptop power brick — which is great if you’re trying to get work done before your battery runs out. Each console is also bedecked with woodgrain furnishings that replicate the feel of an at-home library with smartly placed furniture of beautiful subdued tones.

JAL takes in-flight dining to new heights, especially with hospitality that fully encapsulates omotenashi. After settling into our seats, we were presented with the food and drinks menu for First and Business Class.

Called BEDD, the menu is carefully curated by some of Japan’s most prestigious chefs — such as three Michelin-starred chef Seiji Yamamoto, former member of Joël Robuchon group Yosuke Suga, and owner-chef of Kurogi in Yushima, Jun Kurogi. We definitely felt like we were enjoying a three-course meal at a fine-dining restaurant instead of onboard an airplane.

Passengers will have an option of either the Japanese Menu (curated by Kurogi) or Western Menu dreamt up by Chikara Yamada, who spearheads his eponymous restaurant in Tokyo. Naturally, we had to try both.

Even with all the feasting we did in Fukushima and Tokyo, we still didn’t have enough of Japanese cuisine — and BEDD’s Japanese menu did not disappoint. Passengers are served with a seasonal selection of colourful delicacies, amazing Japanese-style stewed beef tongue with miso-marinated salmon served with steamed rice, and soft adzuki bean jelly for dessert.

The Western Menu, on the other hand, starts off with marinated salmon with yoghurt sauce served with bread by Maison Kayser before proceeding to the main dish, the wagyu beef sirloin steak with assorted mushrooms and ravigote sauce. We ended off the meal with a rich chestnut tiramisu enjoyed with a cup of hot coffee.

Of course, nothing makes or breaks an airlines’ Business Class more than the selection of drinks served onboard. Lucky for us, JAL’s beverage menu offers almost every type of spirit you can ask for. From your classic Bloody Mary and Suntory whisky to Japanese Sochu and sake. The latter will please the most discerning sake connoisseurs, as JAL serves up Junmai Daiginjo, the highest grade of sake. Our drink of choice was the plum wine, which was refreshing, especially when enjoyed on the rocks.

Unlike most of our flights where we reached our destination in a zombie-like state, we arrived in Singapore fully-refreshed and ready to take on the afternoon — all thanks to JAL’ omotenashi, which concluded our Japanese trip on a high note.