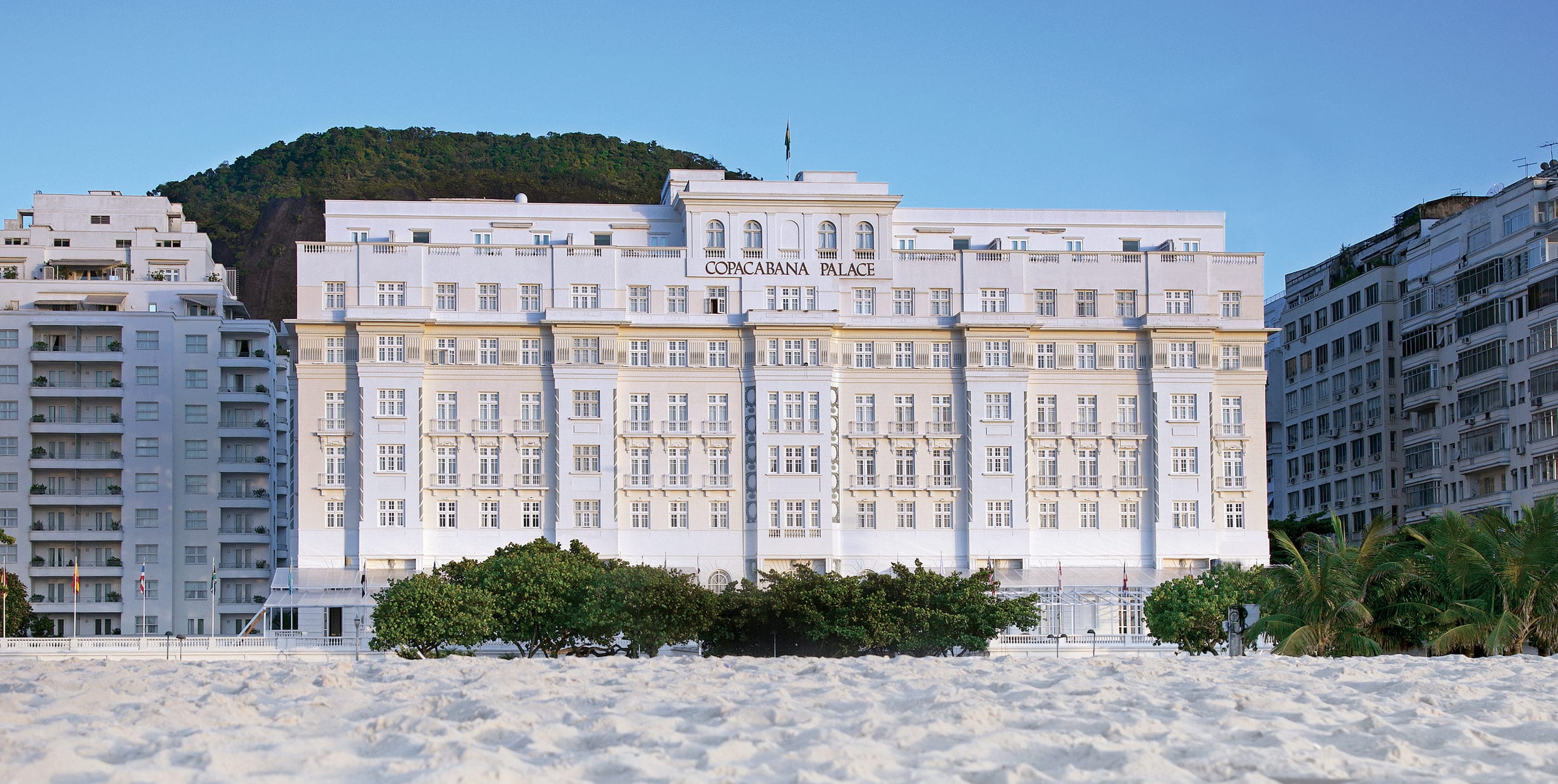 Frank Sinatra once sang about the girl from Ipanema, painting her as the tall and tan beauty who takes long walks around town, enchanting those who see her. While it might not be as easy to enchant those whose paths you cross, it’s not too difficult to get a lovely tan whilst on holiday in Rio de Janeiro. While you’re thinking of that, it’s worth looking at some luxury hotels in Rio too.

The South American beachside city is most known for its gigantic statue of Christ the Redeemer, host of the 2014 World Cup, Copacabana beach, and of course — Ipanema beach. Hiking up Corcovado Mountain to have an up-close view of Christ the Redeemer and chilling out by the beach are the regular activities one might get down to in Rio. But if you’re one to enjoy a spot of nature, visit the Jardim Botanico and bask in the array of over 6,000 indigenous and exotic species of flora. It opened to the public in 1822 and even Albert Einstein has visited this botanical garden.

If nature isn’t your thing, try art and architecture in the neighbourhood of Santa Teresa. This bohemian district is home to traditional Brazilian restaurants, bars, craft stores, and art galleries. During the night, head out to the Lapa neighbourhood and watch firsthand the samba culture whilst sipping on cocktails and snacking on tapas. Ready to begin your vibrant holiday? Check out our recommended luxury hotels in Rio below. 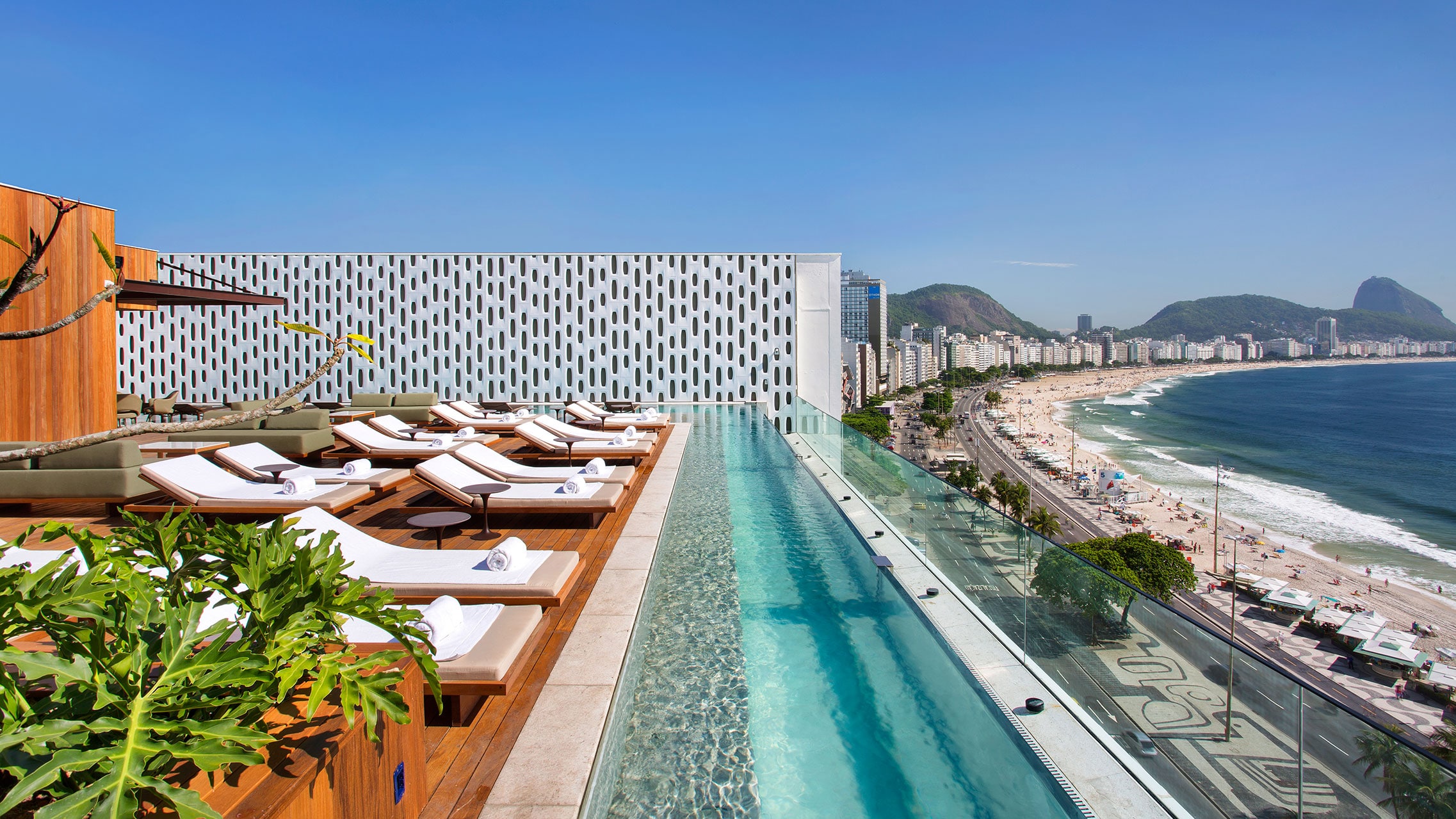 When you stay over at Hotel Emiliano, travelling to Copacabana beach will be as simple as just walking out of your hotel. The lavish hotel is situated on the prime real estate on the beach, offering unparalleled views of the ocean from the rooftop infinity pool and certain rooms. Out of the 90 rooms at Hotel Emiliano, 28 of them are suites, decked in a contemporary style with 1950s elements of white walls and wooden floors. 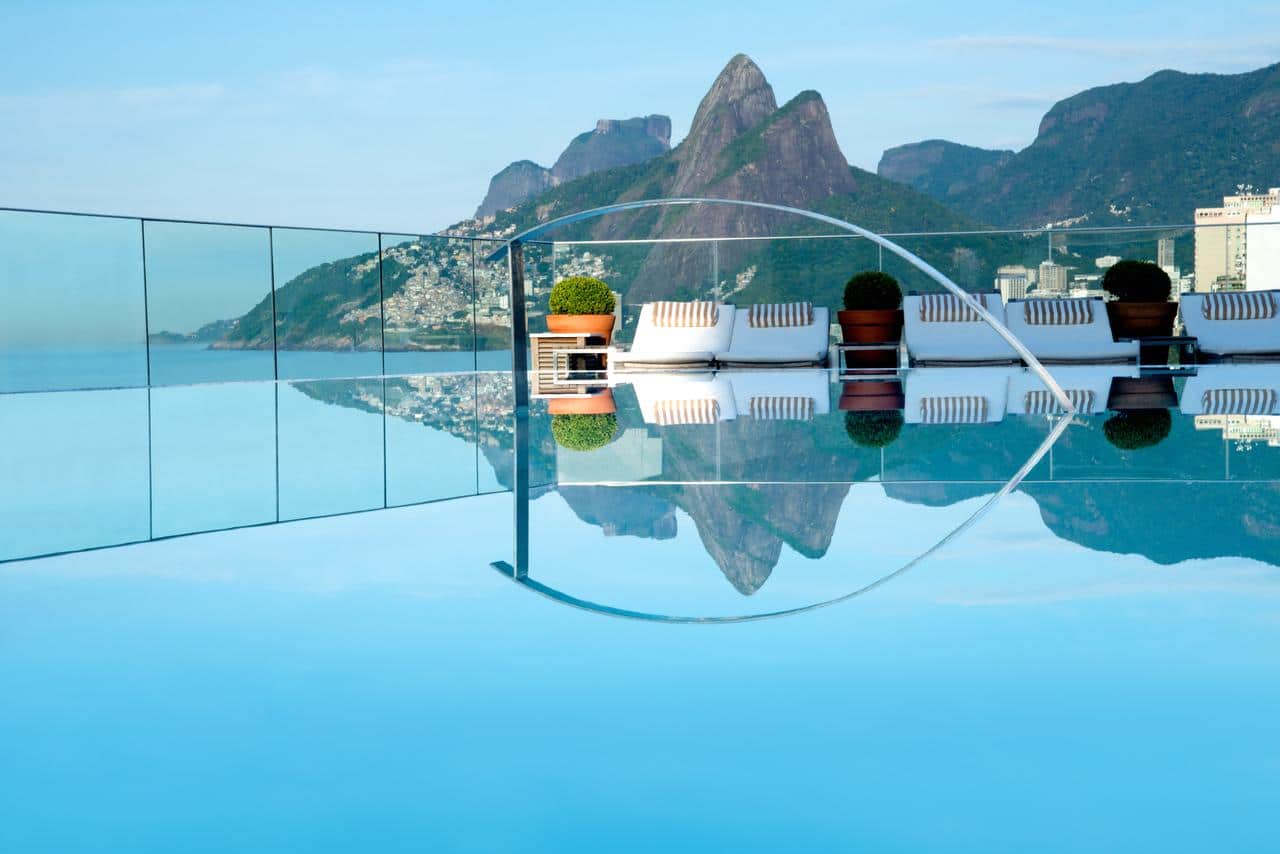 You know you’re in good hands when you’re in an affluent neighbourhood like the one Hotel Fasano is in: Zona Sul. Make the rooftop infinity pool your first go-to spot in the hotel, because it is one of the most coveted pools in the area. Then, dine at the Fasano Al Mare which serves up one of the town’s most happening seafood fare. The hotel houses a cosy number of 91 rooms, each of them equipped with a huge bed and contemporary bathrooms decked in marble. 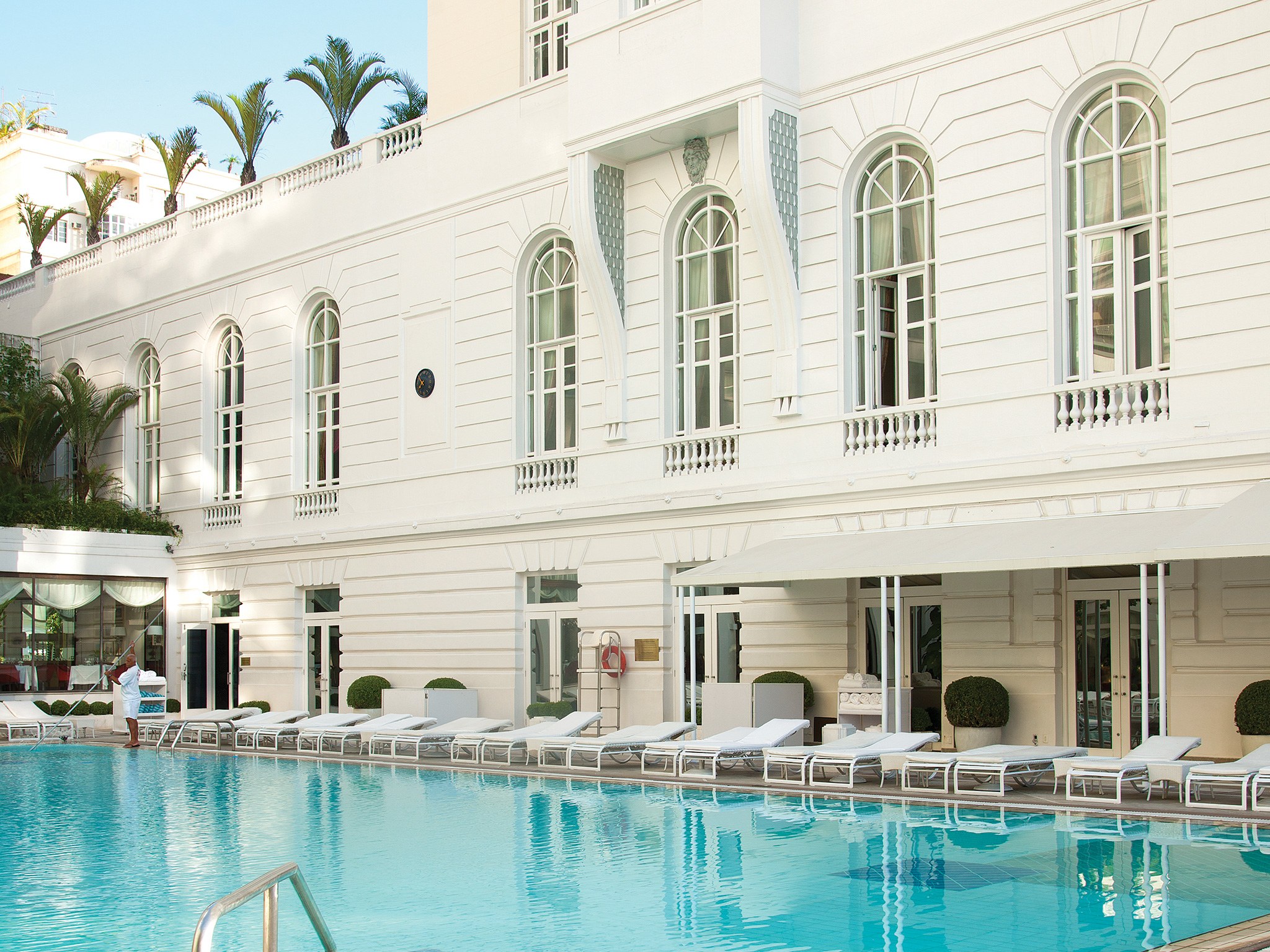 The Belmond Copacabana Palace has already established itself as a monument in Rio, having been around for nearly a century now. The hotel boasts an old-world glamour that you’ll certainly feel for yourself once you enter it, with scores of black-and-white photos of Hollywood’s bests lining the corridors of the hotel. 147 rooms are available within the hotel — one of the biggest in the city — but most reviews will advise that you pick the ocean-facing rooms. Interestingly enough, the in-house restaurant that boasts a one Michelin-star serves up a supposedly killer Malaysian curry and Peking duck. 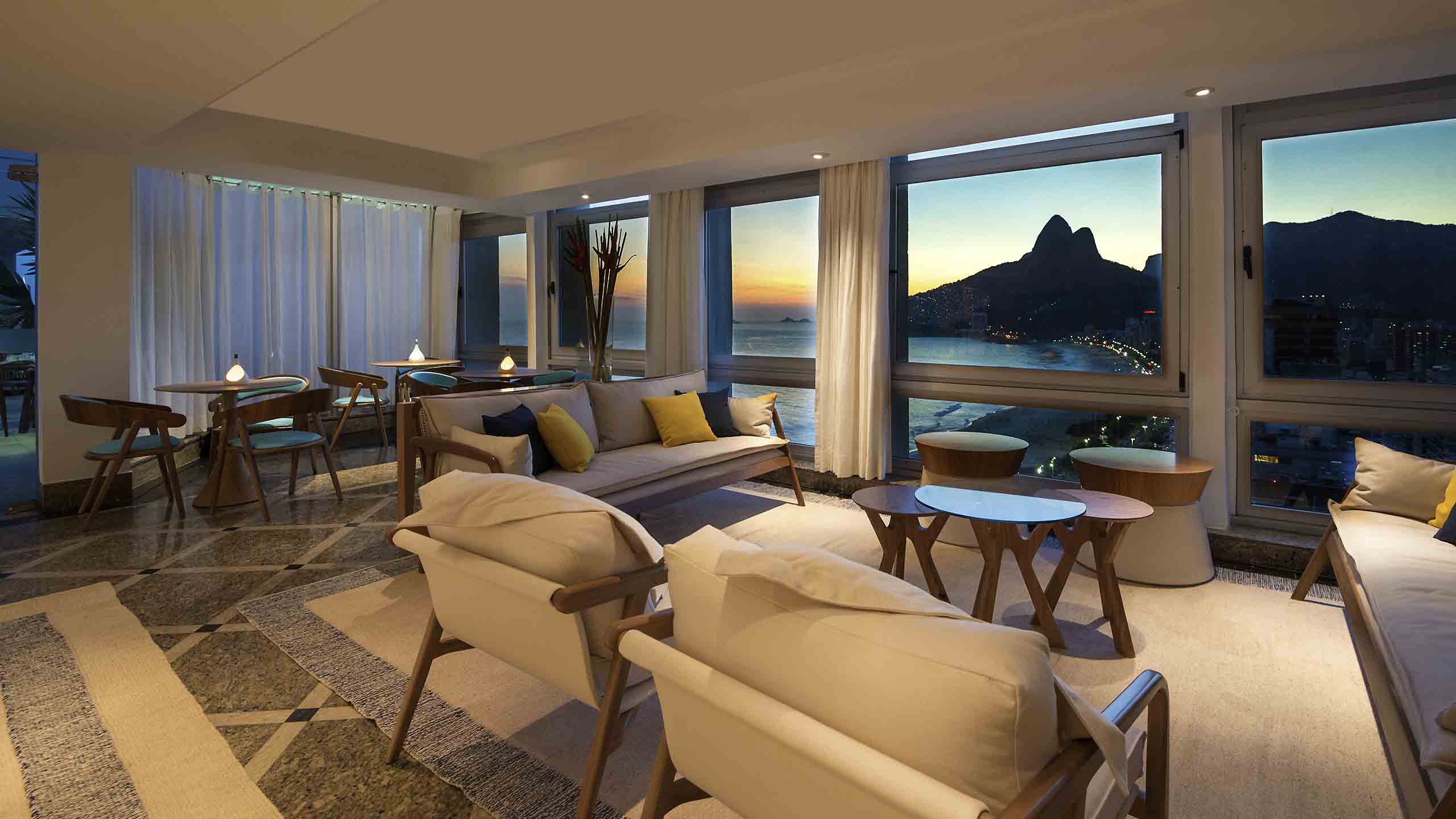 Don’t want a snobbish setting but still crave the luxury of a five-star hotel? Try the Sofitel Rio de Janeiro Ipanema. The chic yet laid-back vibe is reflective in its decor, with the sand-coloured lobby that appears to extend to the beach outside while muted tones continue on throughout the hotel with lazy bossa nova music playing in the background. Get the Imperial Suite — the biggest one in the hotel — and take your shoes off. The wooden floorboards and rugs make it extremely homely and inviting to do so. 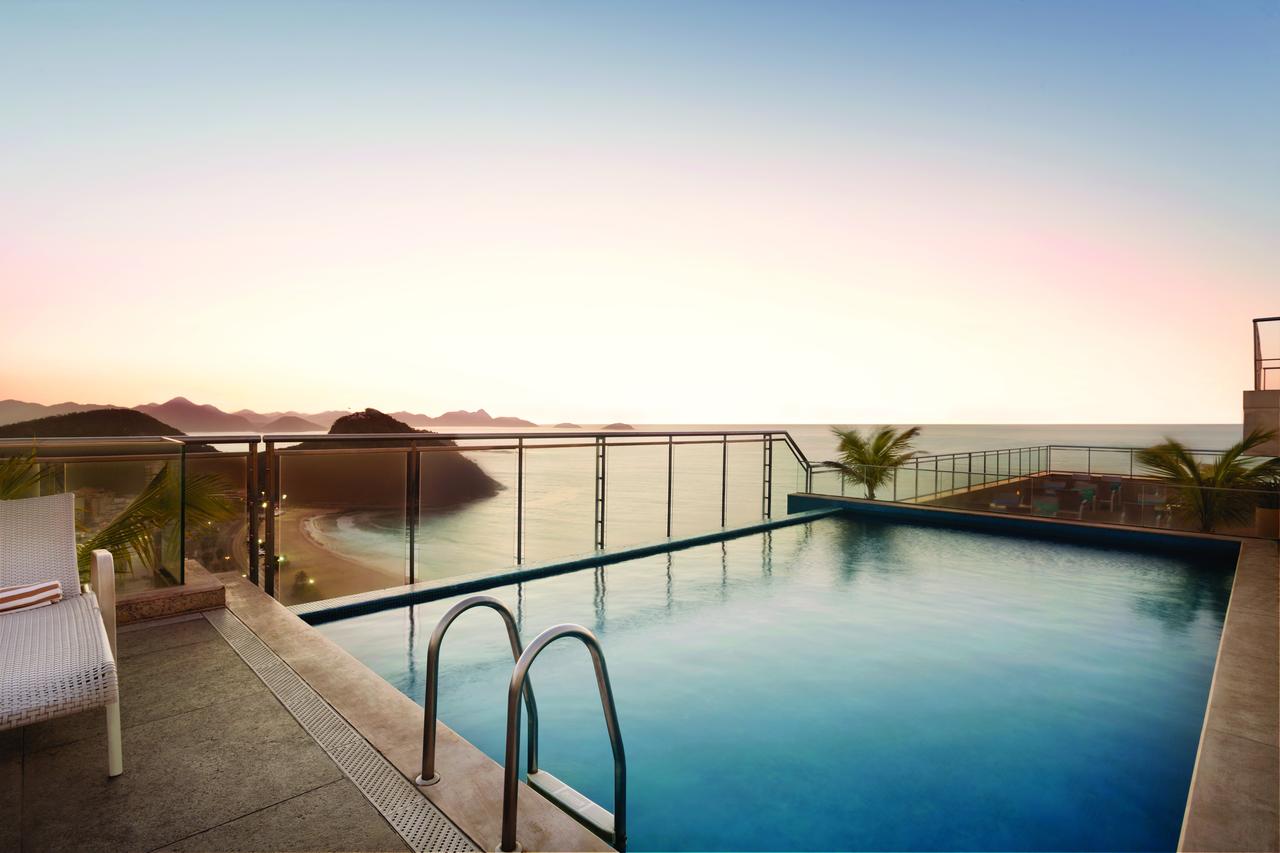 While Rio is always lively, you may not want the noise to follow you into your room. For that, the Hilton Rio de Janeiro Copacabana is the perfect stay, located between the city and the beach in a rather quiet setting in Copacabana. It’s a vital information because you will be sharing the place with other occupants in the 545-room hotel. It’s a hotel with a classic design that never feels out of style with its lush carpeted floor and crystal chandeliers. Here’s a tip: be sure to pay a visit to the lobby bar and try out the small barrel of casked, infused cachaça — Brazil’s national liquor.

luxury hotels in rio hotels in rio belmond copacabana palace hilton copacabana hilton rio de janeiro copacabana Sofitel Rio de Janeiro Ipanema Hotel Fasano Hotel Emiliano
PohNee Chin
Editor, Kuala Lumpur
Poh Nee is the editor and writes about travel and drinks. When she's not living out her holiday dreams via Google Earth and sipping on an Old Fashioned down at the local bars, you can find her snug at home bingeing on Netflix and mystery fiction.
Travel Drinks