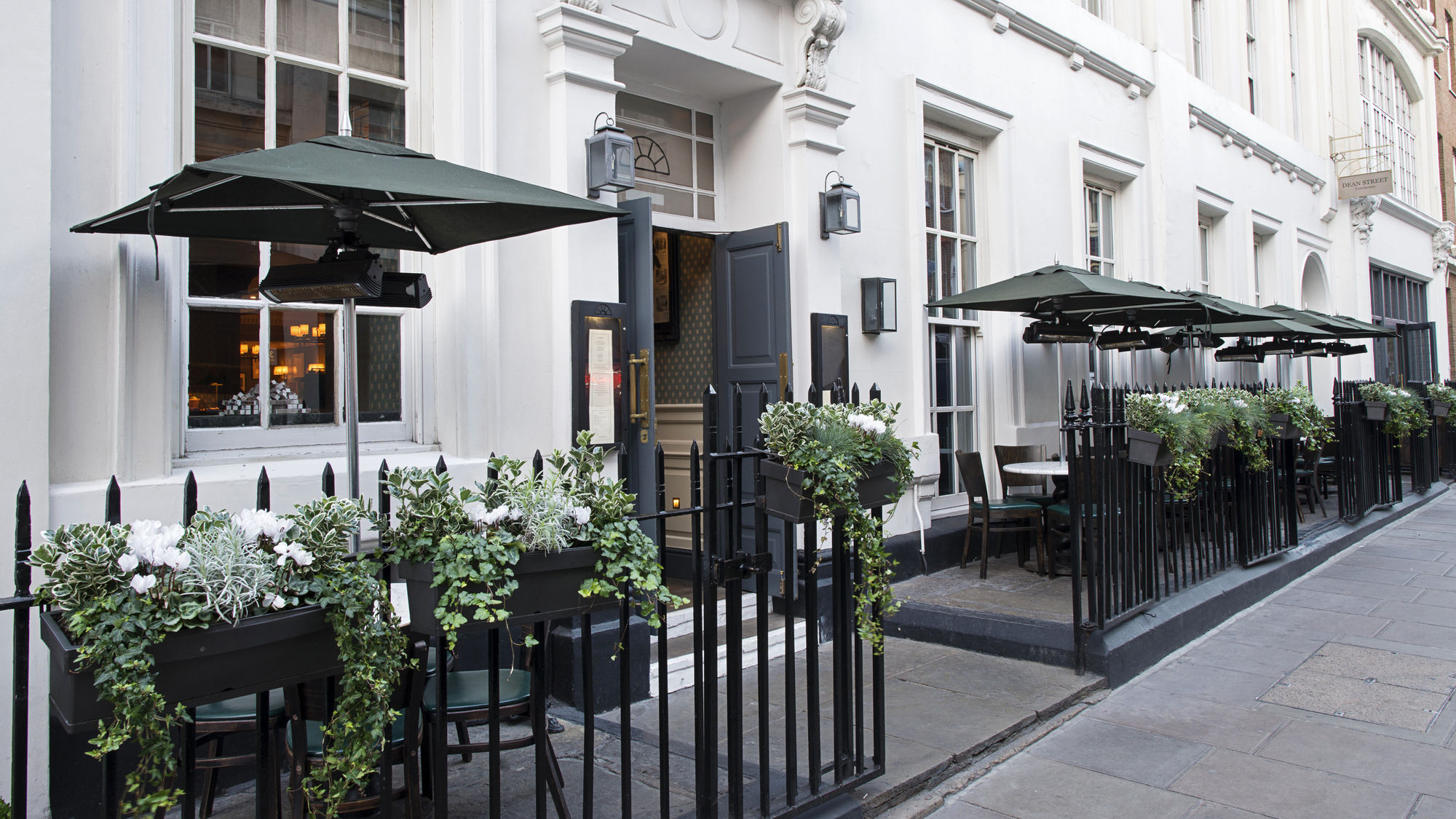 A guide to Meghan Markle’s favourite spots in London

Meghan Markle’s love story is a real-life fairytale — one that many women from all over the world have dreamt of. We mean, who doesn’t want to serendipitously go on a blind date with a prince and live happily ever after at Kensington Palace, the official residence of the British Royal Family since the 17th century?

However, Markle’s love affair with London started way back — evident from interviews she did long before she met Prince Harry. “The weather is cold, but the people are so warm,” she said in an interview with English television personality Lizzie Cundy at the Global Gift Gala in 2013. “As cheesy as that sounds, I was joking today that I’ve never been called love or darling more in my life — so it makes me want to stick around for a while,” she jokingly added.

To celebrate her nuptials to the British prince on 19 May at St George’s Chapel in Windsor Castle, we find out the royal’s favourite haunts in the capital city — so you too, can experience London like royalty.

Prince Harry and Markle famously had their first date in a private dining room at the Soho House, an exclusive members’ club in the west end of London. The posh restaurant serves traditional British fare in a laidback yet luxurious setting — all the makings of memorable first date with a prince, we think. So the next time you’re in London, be sure to pop by for brunch or an indulgent English afternoon tea.

This Italian restaurant located in the heart of Soho is one of Markle’s favourite haunts whenever she’s in London. The trattoria, which specialises in delicious food and wine from all across Italy’s 20 regions, has received various awards and accolades for its stripped-down and honest regional cuisine.

Highlights here include a delicious radish, celeriac, pomegranate and pecorino salad, and a creamy Puglian burrata.

Those with a sweet tooth should definitely stop by Violet Bakery in Hackney, which offers beautiful cupcakes with seasonally-flavoured buttercreams, cinnamon buns, and ginger and molasses cakes. On the outside, the little cafe and bakery boasts an unassuming façade. However, it’s one of the city’s best bakeries — and is favoured by Markle herself. In fact, owner Claire Ptak is in charge of making a lemon and elderflower cake, complete with fresh spring flowers, for the royal wedding.

“Where does future royalty drink?” you may be wondering. The answer lies within the luxurious Milestone Hotel, located just a stone’s throw away from the Kensington Palace. Enter: Stables Bar, an equestrian-themed watering hole where Markle has been spotted. Her poison of choice? A classic Negroni.

Try the Dutchess Hourglass, a new cocktail created by bartender extraordinaire Angelo Lo Greco to celebrate the future Duke and Duchess of Sussex. The tipple, which is inspired by the preferences of Queen Elizabeth II (the grandmother of the groom), boasts concoctions like cloves and coffee bean infused with Campari to make the drink.

Markle once revealed in an interview with Jumeirah magazine in 2015 that her favourite accommodation whenever she’s in London is the Grosvenor House Apartments, which offers several luxury serviced apartments that overlook Hyde Park. The hotel, located on Park Lane in Mayfair, happens to be located just one mile away from the Kensington Palace.

“I can give you the most honest answer; it’s my favourite property I’ve ever stayed at,” Markle said. “I’m very fortunate that I have the luxury of staying at so many amazing places, but the service, and being able to stay somewhere where it feels like home, where every need is anticipated, it’s all fantastic. I really love it here and I’m happy to be staying.”

Markle has been seen picking up bunches of blooms at Kensington Flower Corner, located on the corner of Kensington High Street just near the royal couple’s Nottingham Cottage home. Her favourite flower? Peonies, which you can definitely expect at the wedding.

Markle has been spotted at this high-end shopping strip in Chelsea. Also favoured by Kate Middleton, the strip is lined with an impressive mix of trendy boutiques, independent labels, designer shops and high-street staples —  including department store Peter Jones, perfumery Penhaligon’s, and Vivienne Westwood’s first store — alongside an array of cafes and eateries.

Nichola Joss, who has a location in Covent Garden, boasts an impressive client list that includes A-list celebrities such as Kate Moss, Jennifer Lopez and of course, Markle herself.

Markle swears by her Bespoke Sculpting Inner Facial, which includes the signature de-stressing mouth massage which contributed to her radiant glow during Pippa Middleton’s wedding in May 2017. “On the days I do it, my cheekbones and jawline are way more sculpted,” Markle once said in an interview with Birchbox.

Markle often goes to luxury boutique salon Nails and Brows in Mayfair. A favourite among celebrities and the fashion in-crowd, the salon offers appointments for nail treatments, manicures and waxing. It was founded in 2014 by Sherrille Riley. The future Duchess needs perfectly-manicured nails, doesn’t she?

When it comes to fitness, Pilates is the workout of choice for Markle. She once said that it’s “the best thing you could do for your body.” She’s been spotted at Heartcore Fitness, which was founded a decade ago by Jess Schuring, who’s also worked with celebrities such as Elle MacPherson and Kate Hudson. Besides pilates, the gym also offers yoga, barre, spinning and TRX training.

Soho House London guide Meghan Markle Prince Harry bocca di lupo Grosvenor House Suites Kensington Flower Corner Kings Road Nichola Joss' Covent Garden Home royal wedding
Dewi Nurjuwita
Senior Writer
Dewi Nurjuwita is a travel and design writer who can be found exploring the streets of foreign cities with passport in one hand and a cup of coffee in the other.
Travel Architecture Interior Design
Sign up for our newsletters to have the latest stories delivered straight to your inbox every week.