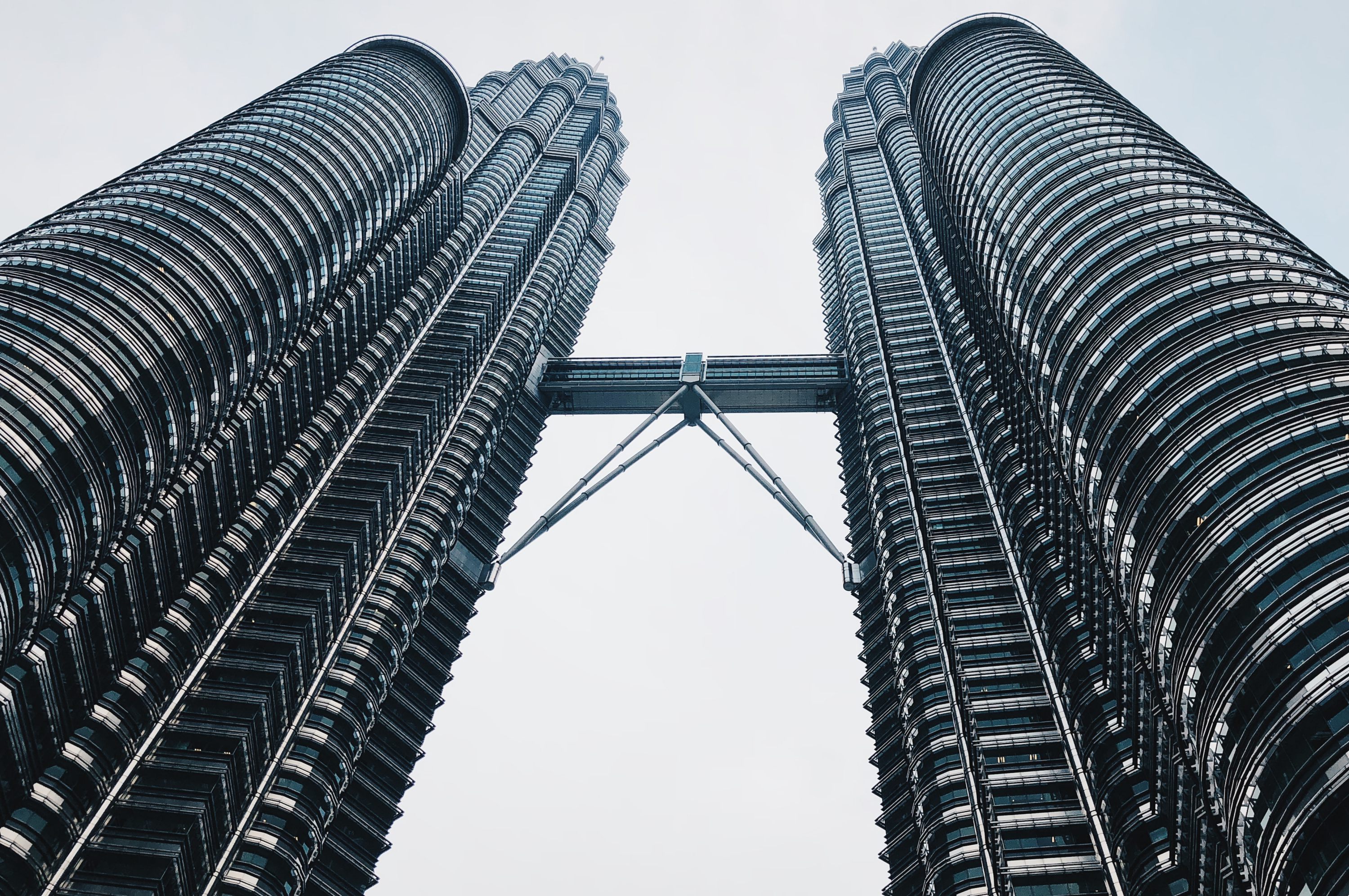 An off-the-beaten-track guide for the Kuala Lumpur newbie

Recent accolades and developments — from a spot on Asia’s 50 Best Bars to the soon-to-open Exchange 106, replacing the Petronas Twin Towers as the tallest building in Southeast Asia — are really putting Kuala Lumpur in the spotlight, and with flights from Hong Kong just under four hours, it’s certainly one of the best spots in Asia to choose for a weekend city break. But beyond ogling at skyscrapers and gorging on your body weight in Hokkien mee, we’re also interested in seeking the most worthy, local-approved places to explore and hang out.

With the Four Seasons Hotel Kuala Lumpur slated to open by this autumn, visitors looking to get a thorough taste of the city will also soon get to anchor their trip right in the heart of the city’s CBD, referred to as the ‘golden triangle.’ Situated in the best possible location in the city, the 65-storey tower will be home to 209 lavish guest rooms and suites, six F&B outlets, a whole host of luxury retail, as well as 242 private residences and 27 serviced apartments within Four Seasons Place — the largest residential project by the brand in the world. 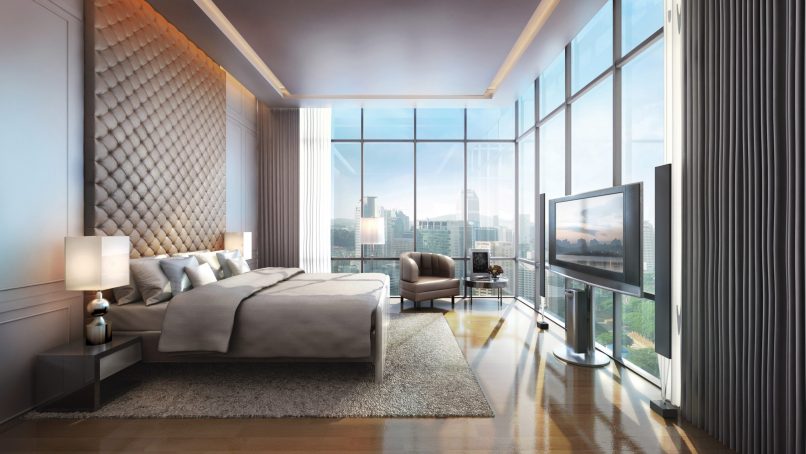 At the helm of the new Four Seasons KL is Belgium-native Tom Roelens, who started his Four Seasons career in Southeast Asia at the former Regent Jakarta 17 years ago. After stints in California and at the acclaimed Four Seasons Resort Maldives at Kuda Huraa, before leading the head-to-toe revamp of Hawaii’s private island escape Four Seasons Resort Lanai, it’s no doubt Roelens is well accustomed to seeking out the finer things in life.

Returning to Southeast Asia and having spent over a year now in KL in preparation of the new hotel opening, Roelens shares with us the local gems he’s picked up along the way: worthwhile must-dos for the Kuala Lumpur newbie or veteran alike. Tick the following off your list… 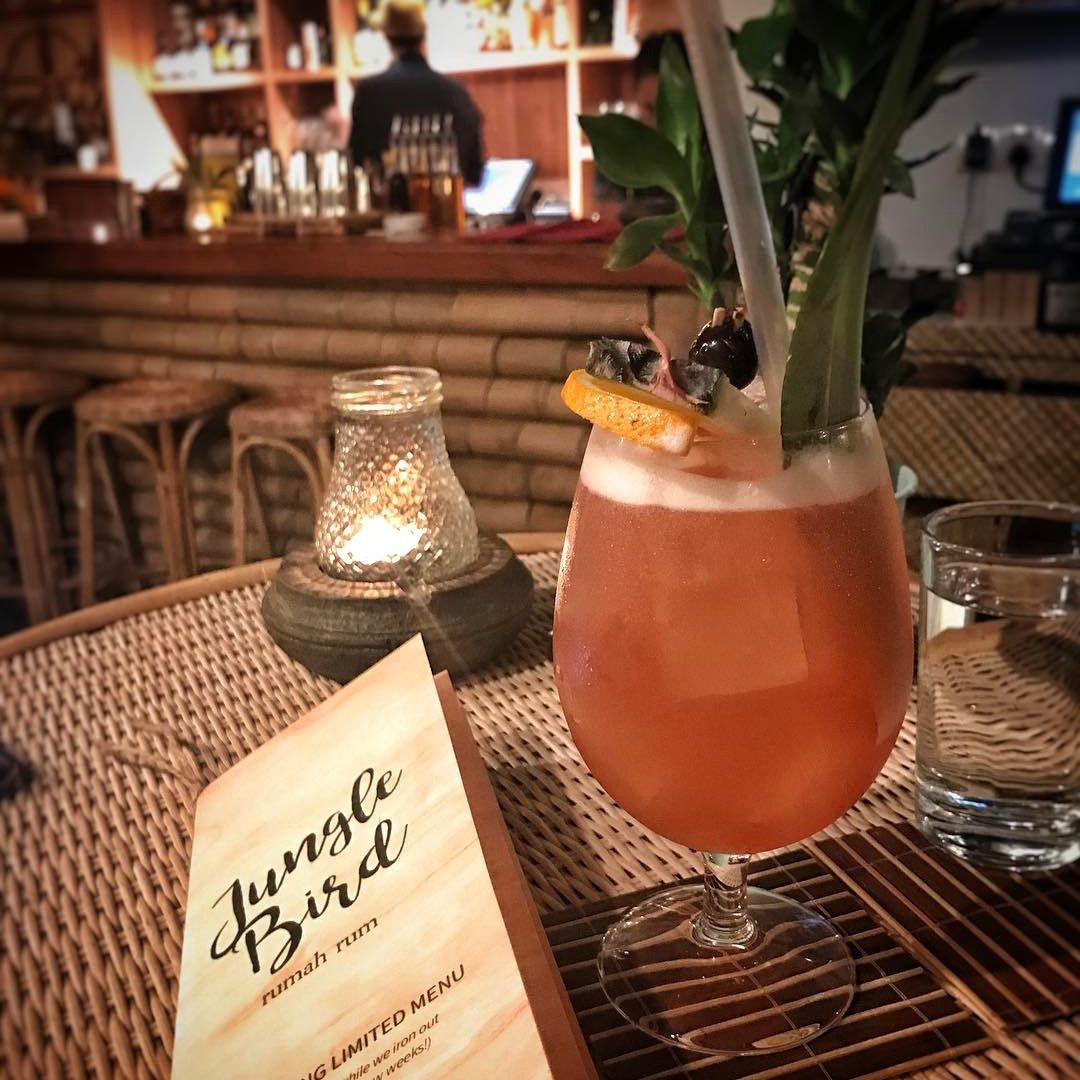 Drink the Junglebird cocktail at Junglebird — which has now become an iconic Malaysian cocktail. This quirky, tiki-style craft bar was just named Best Cocktail bar in Malaysia (and the 38th on the list of Asia’s 50 Best Bars this year). Four Seasons Kuala Lumpur’s head bartender Ashish Sharma recently did a Guest Bartender Performance there as well. It’s great fun to connect with the craft cocktail bartenders around town who are leading the new wave of cocktail bars, soon to include Bar Trigona at the Four Seasons KL. 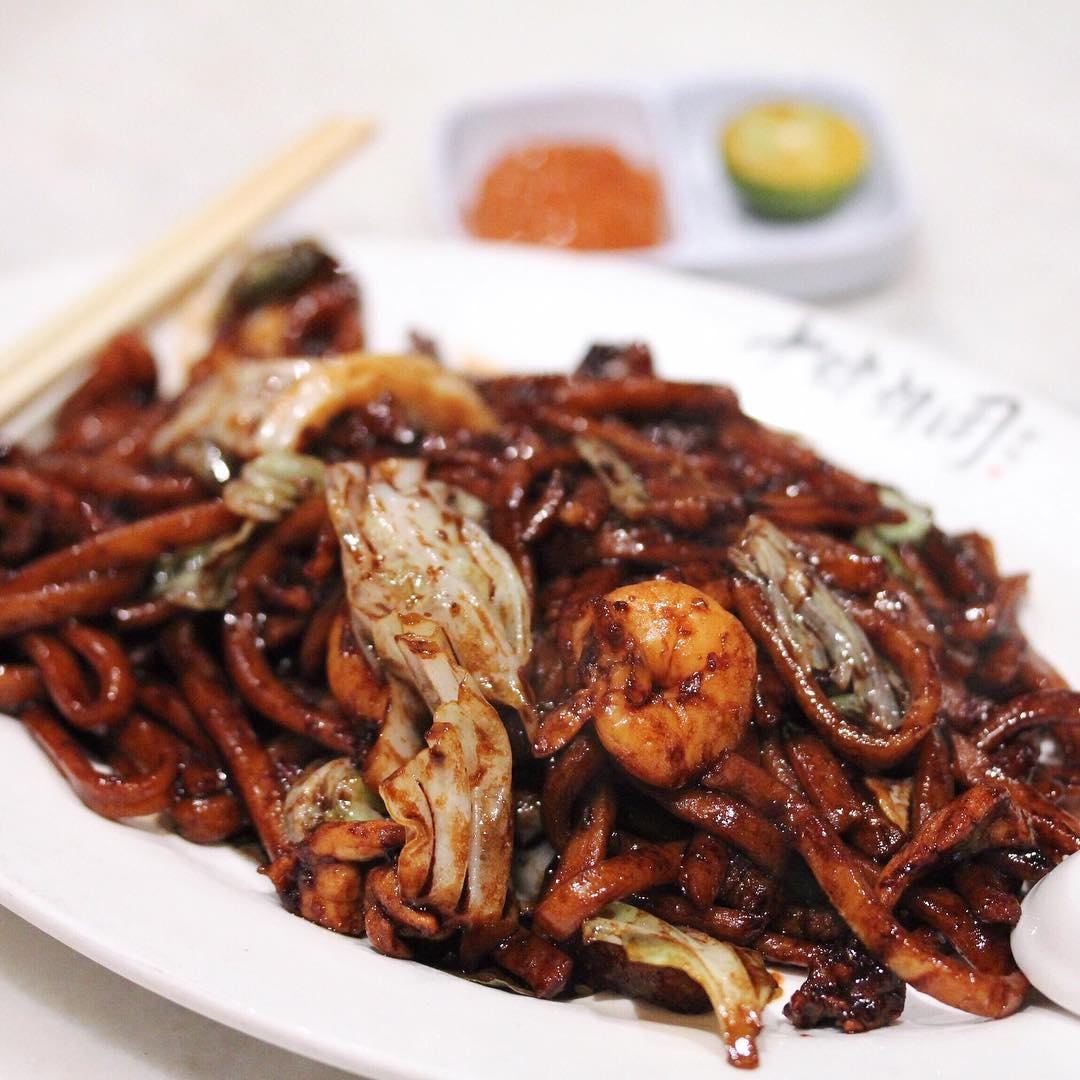 The Hokkien Mee — Malaysian Chinese noodles — at Kim Lian Kee in old Chinatown, and at Malaysia Boleh in the heart of town are my favourite noodle dishes in KL. Prepared over charcoal with smoky flavours and laced with crispy lard, it is a must-try when in the city. 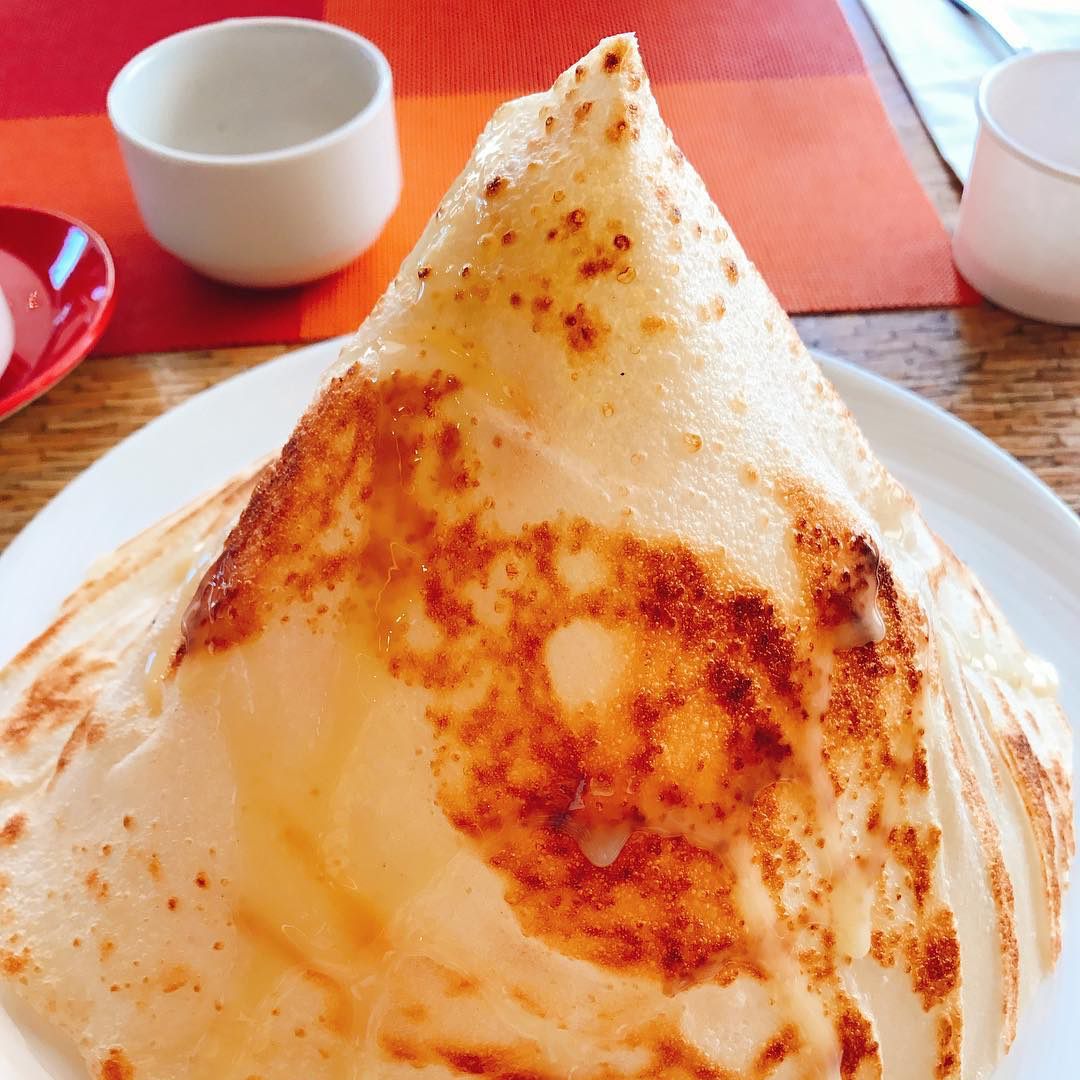 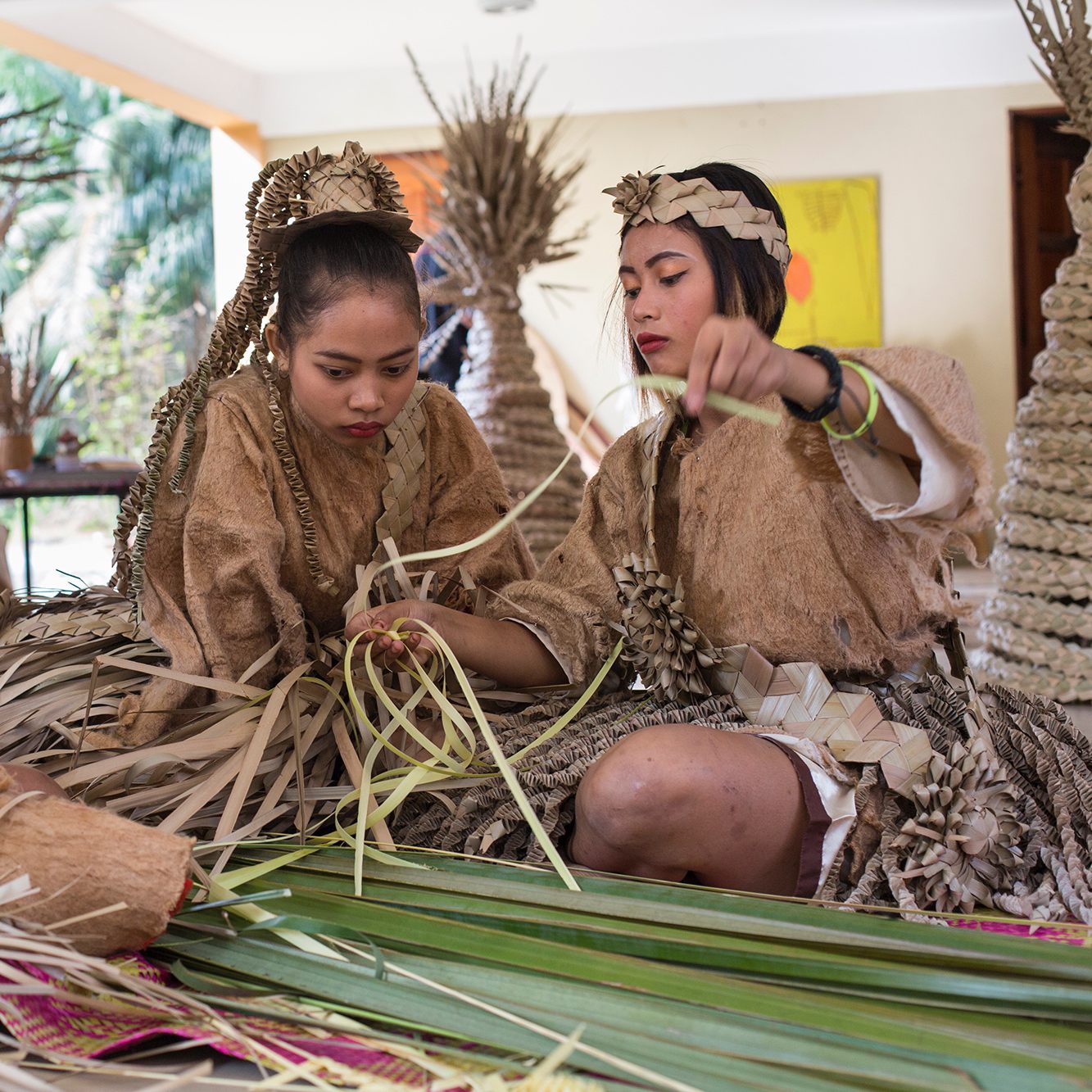 The Mah Meri tribe are the aborigines of Malaysia, residing at Pulau Carey, in the midst of plantations an hour or two away from Kuala Lumpur city. The tribes there have a visitor centre where you can learn about their ancestry, art and way of life. Advance bookings are required so the tribe is aware of your visit beforehand. 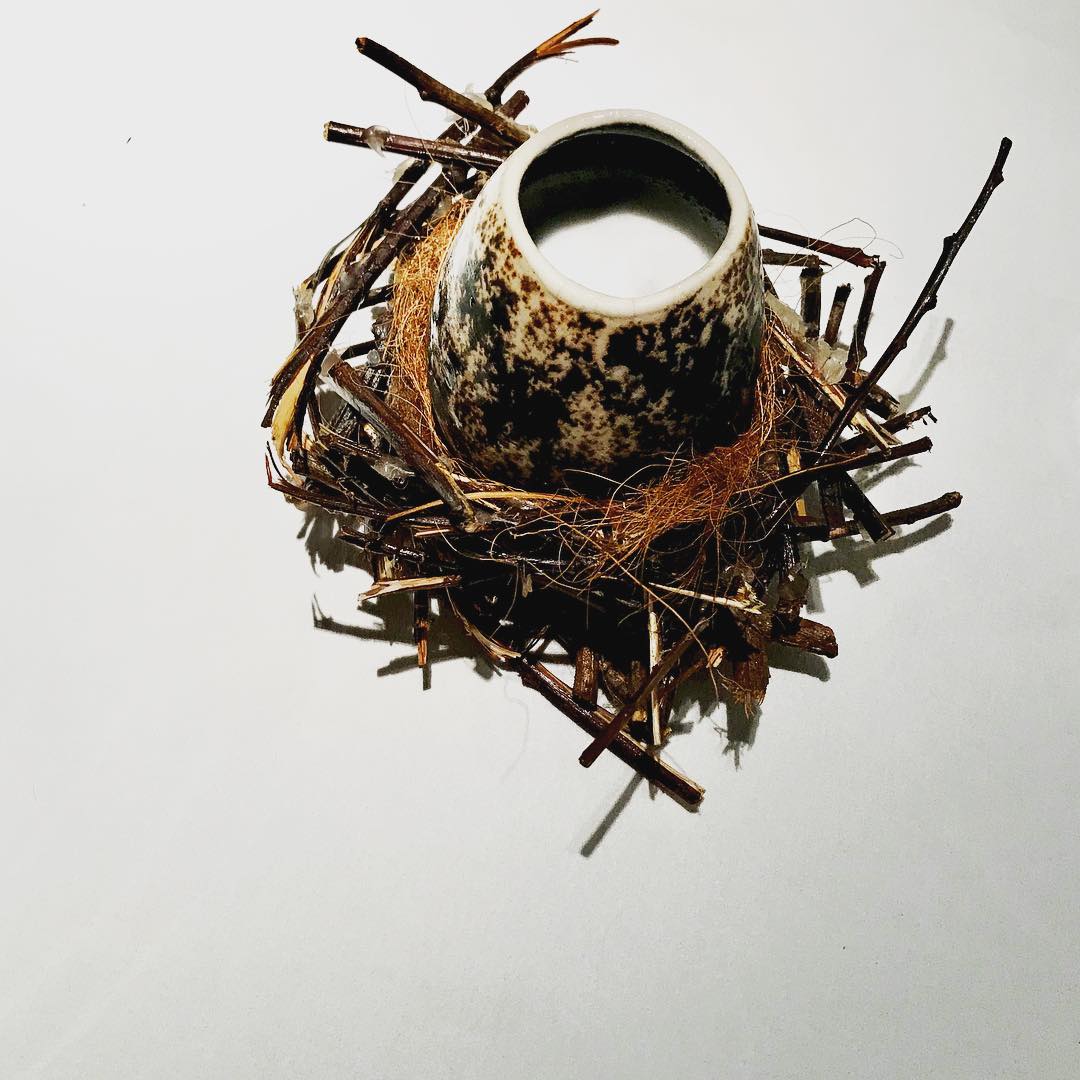 Go for dinner at Nadodi, which does South Indian-style nomadic fusion cuisine in the heart of town. It’s a relatively new restaurant with only one menu, with very creative dishes presented in a unique style. 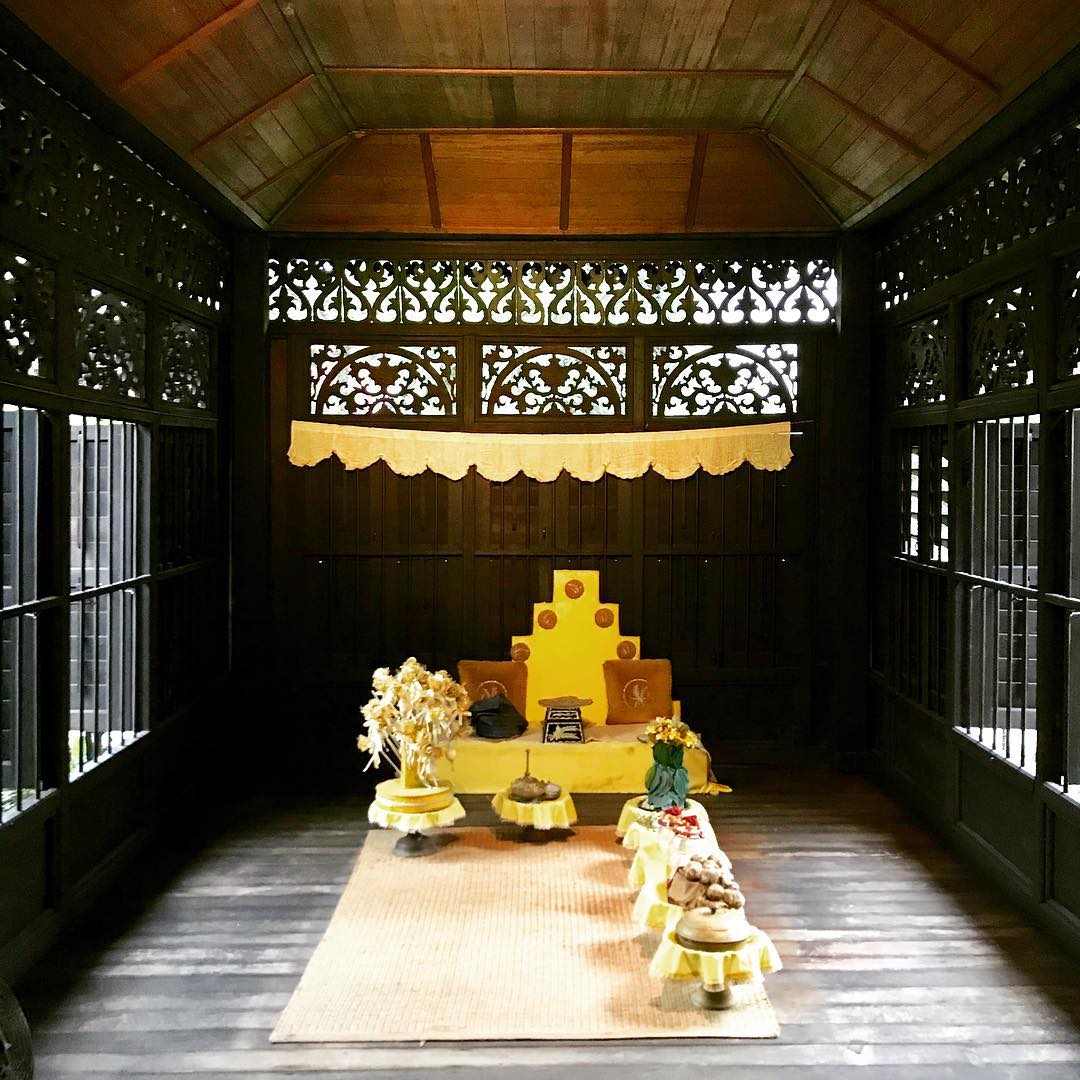 Visit Rumah Penghulu Abu Seman on Jalan Conley, an authentic Malay Village Chief’s home and one of the oldest surviving traditional houses — it’s perhaps best to arrange a visit through the concierge team at Four Seasons. Here I learnt about the Malay way of life, how people connect, their celebrations, food and culture. Very insightful and just a stone’s throw away from Four Seasons KL. 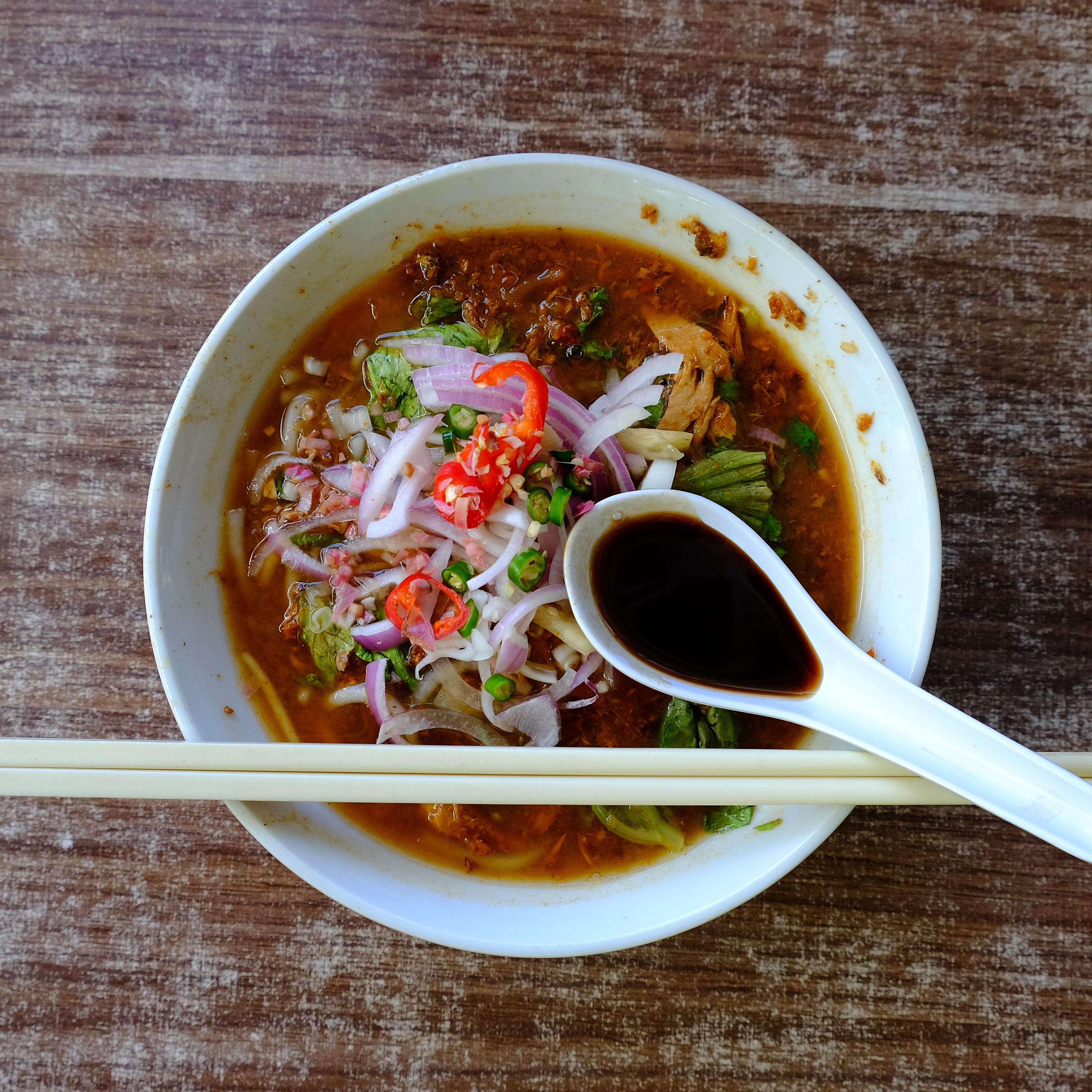 While there are plenty of night markets around town, head to the Sunday Night Market ‘Pasar Malam’ (simply meaning night market) in Kepong Baru to try out Assam Laksa, one of my favorite Malaysian dishes, and deep fried durian, the pungent king of fruits. 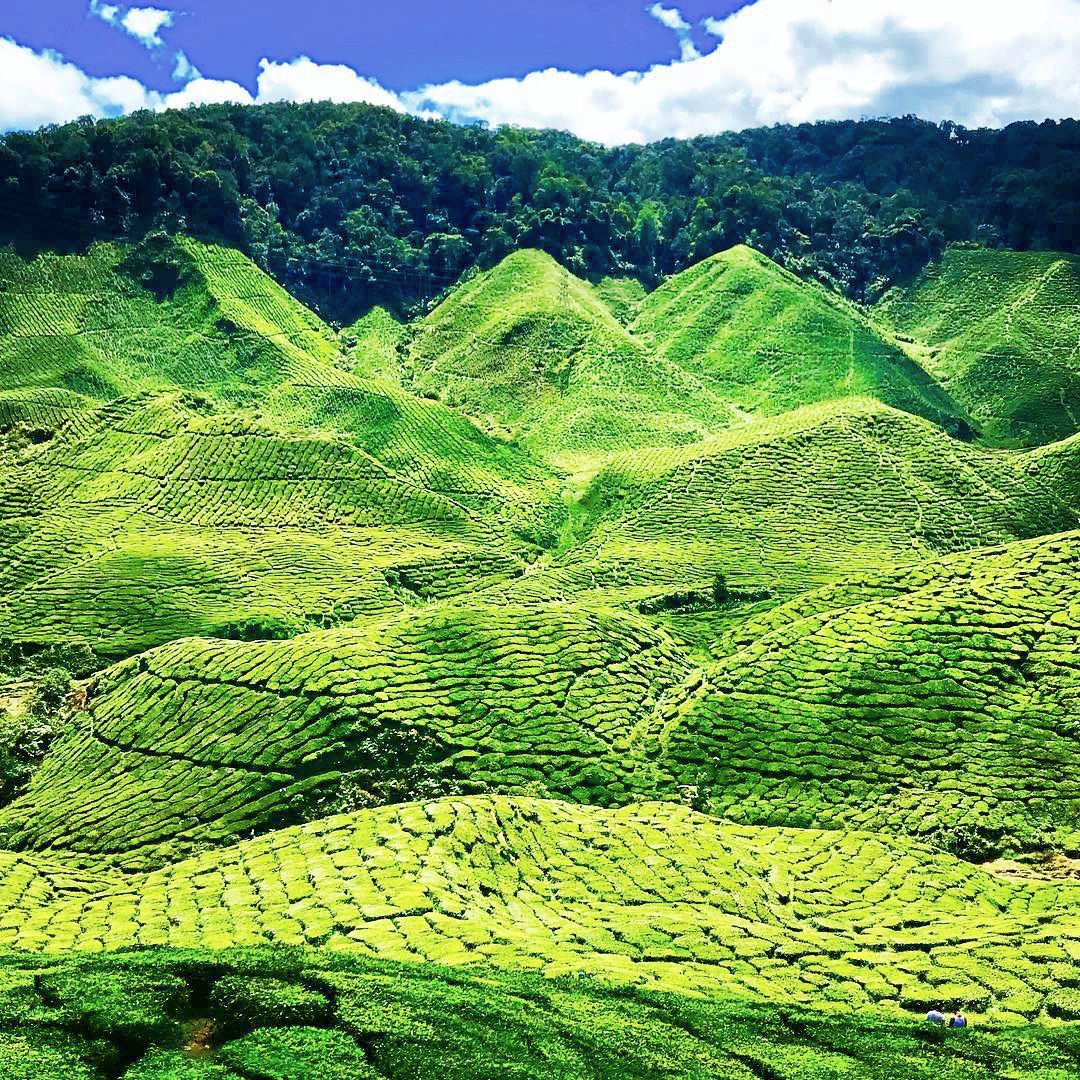 Plan a day visit away from the city at Cameron Highlands to enjoy traditional high tea at Cameron Lake House and visit the beautiful tea plantations on the hills. Cool air and awesome greenery make for a pleasant and major contrast with the skyscraper city of KL. 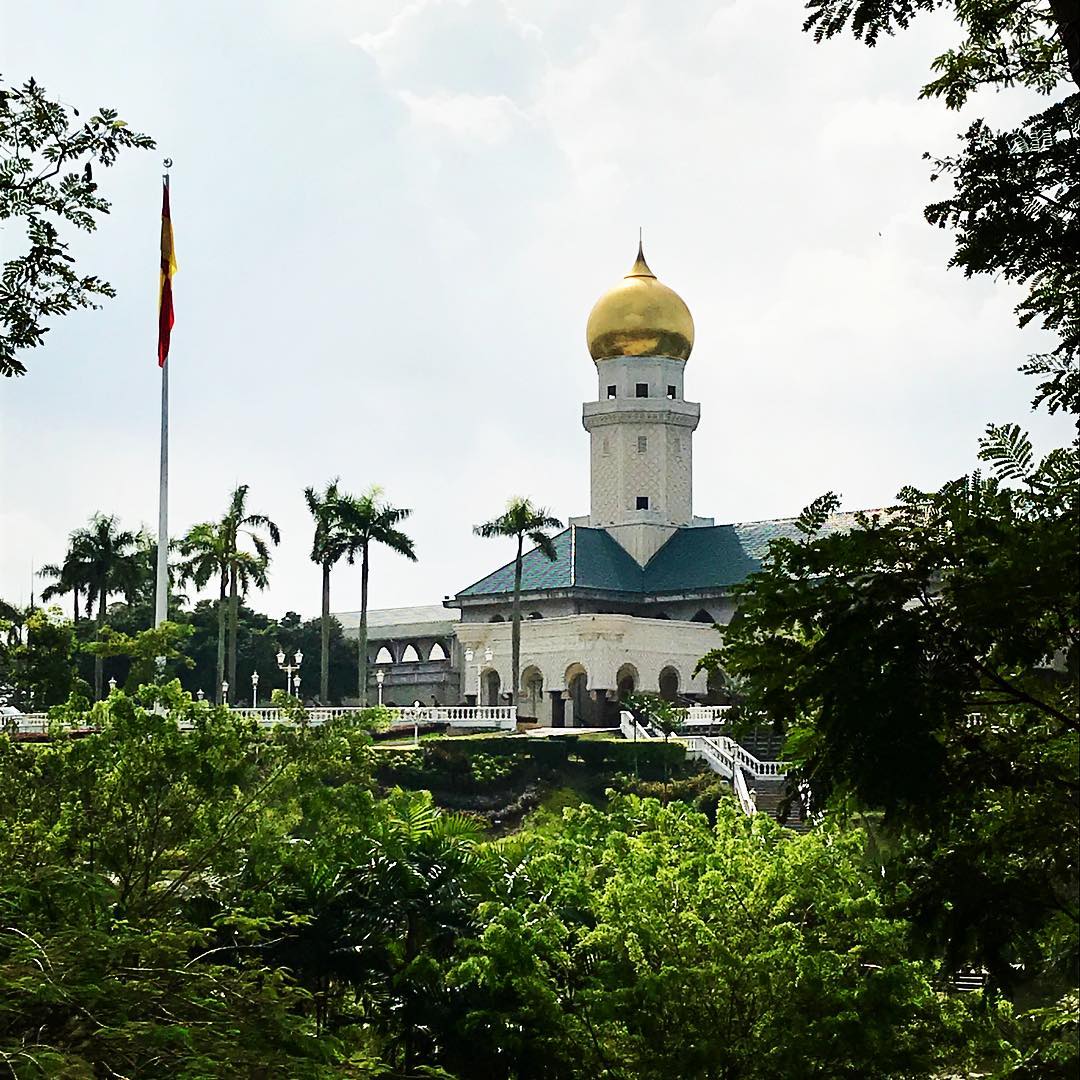 Make an excursion to the Klang Valley and visit Klang — a cool town with great food options and colonial houses. It’s fun to visit and not crowded at all. I’d recommend to get a tour guide and do a walking tour which I very much appreciated. Ensure a visit to the Royal Gallery dedicated in honour of the Sultan of Selangor, Galeri DiRaja Sultan Abdul Aziz Shah, is part of the trip. 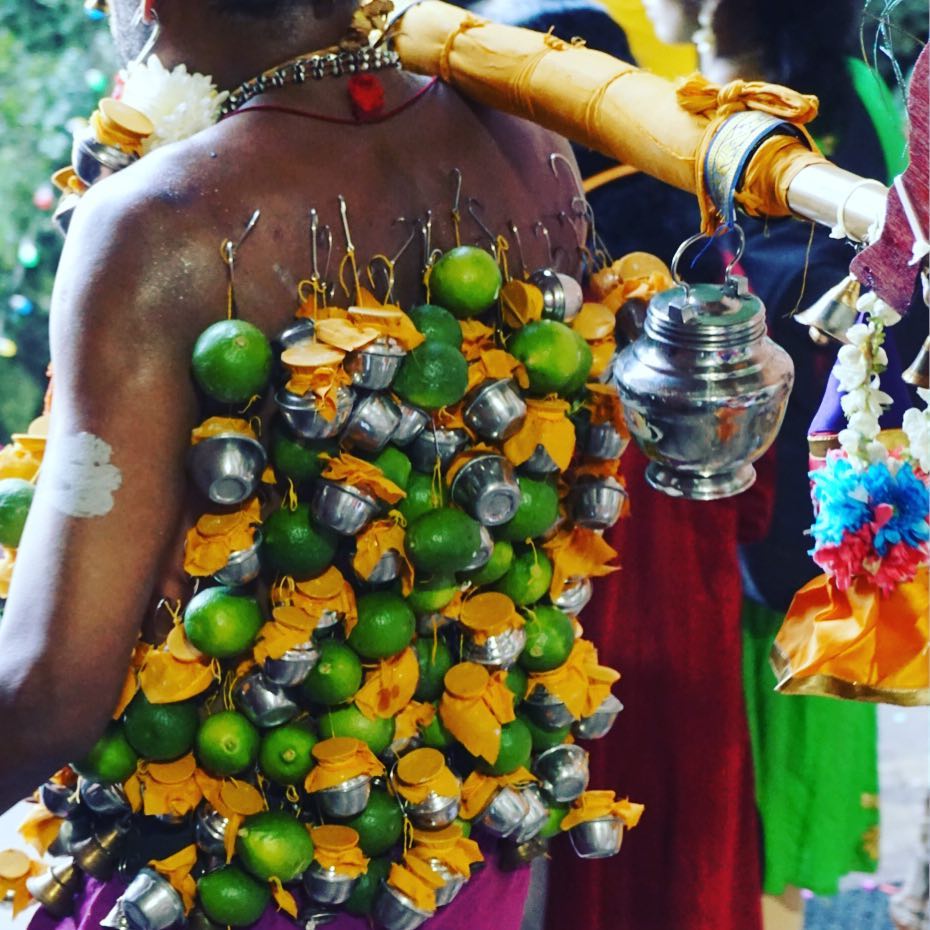 Thaipusam at the Batu Caves

Once a year, taking place during the full moon of the Tamil month of Thai (usually around January or February) is Thaipusam. It was one of the most exciting festivals I ever had the opportunity to witness. The Indian Tamil people prepare for the festival by fasting, meditating and then hiking from the temple in the heart of KL overnight to the Batu Caves. They climb the hundreds of stairs barefoot all the way up to the caves, often with offerings hooked into their bodies, and they are said to be in a full trance.

Travel Kuala Lumpur Beginner's Guide Petronas four seasons hotel kuala lumpur Batu caves Klang Valley
Evelyn Lok
Managing Editor
When not trying out the latest beauty and wellness trends, Evelyn is likely enjoying a perfectly balanced negroni or exploring some of Hong Kong's best new places to eat and drink. At Lifestyle Asia she covers everything from the biggest events in town to interviews with Hong Kong specialists, with topics spanning art, food and drink, health, tech, and travel.
Beauty Wellness Events Art Drinks
Sign up for our newsletters to have the latest stories delivered straight to your inbox every week.