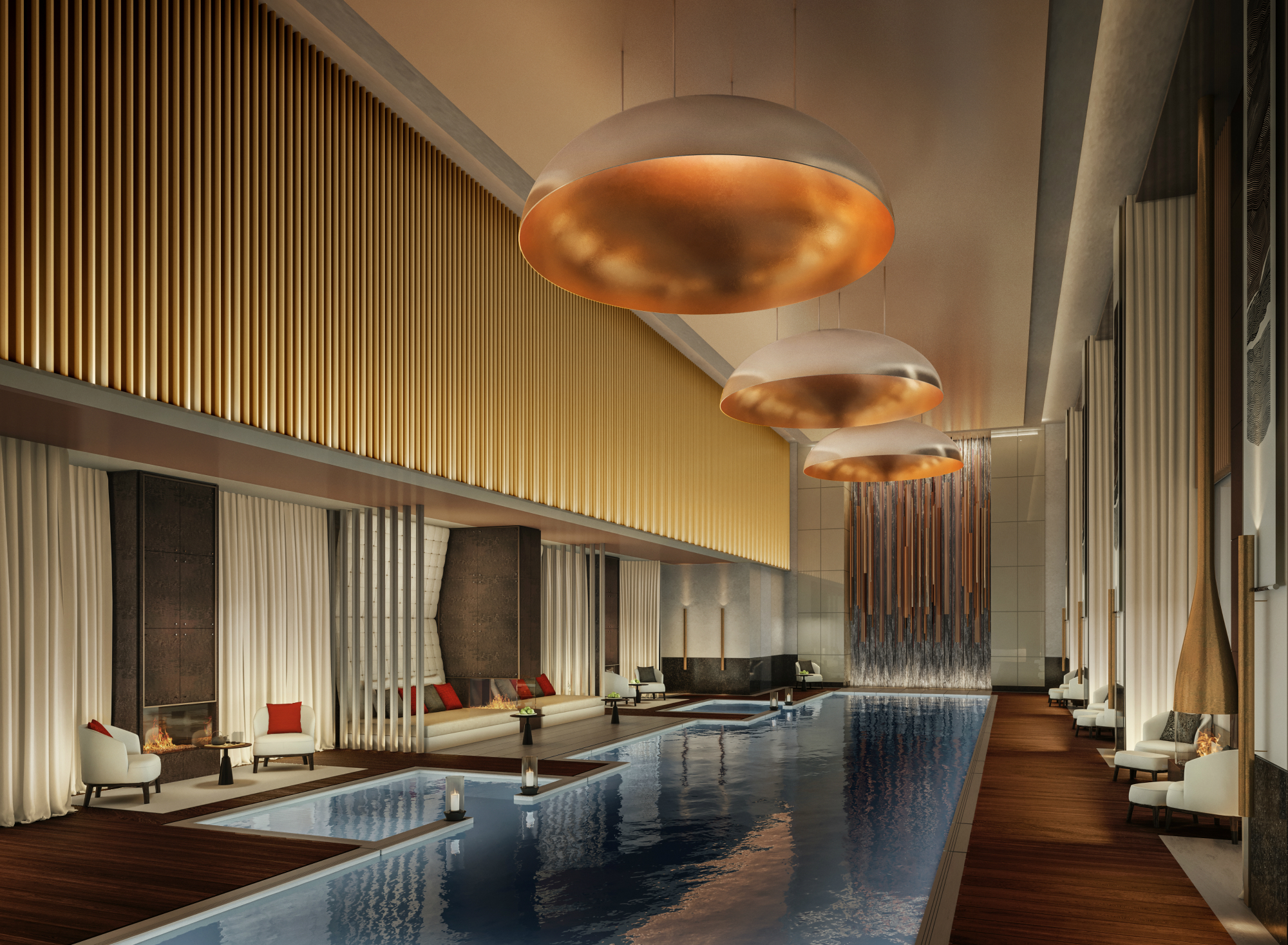 Will Aman New York be the city’s most luxurious hotel?

Travel
Will Aman New York be the city’s most luxurious hotel?
Share this article
Next article

Known for its swanky resorts in destinations such as Greece, Morocco and Sri Lanka, super-luxury hotel chain Aman Resorts is adding yet another hotel to its portfolio. This time, it will be located right in the heart of Manhattan — at the crossroads of Fifth Avenue and 57th Street overlooking Central Park, to be exact.

Imaginatively named Aman New York, the hotel will take over the 4th to 26th stories of the historic Crown Building, which was bought over by the brand’s Chairman and CEO, Vladislav Doronin, to the tune of S$683 million in 2015. The announcement makes the Big Apple the brand’s second urban destination, joining the world-renowned Aman Tokyo. This also marks the Singapore-based hotel chain’s third US property after Amangiri in Utah and Amangani in Wyoming.

“Aman has always sought the finest locations in the world, and we recently expanded our vision to include select cities,” Vladislav Doronin, Chairman and CEO of Aman, said, “The Crown Building represents a once-in-a-lifetime opportunity to bring Aman to New York, the world’s greatest and most dynamic city. We are honoured to be the stewards of an exciting new chapter in this iconic building’s legacy.”

An iconic fixture in Midtown Manhattan, the Crown Building embodies the splendour of the Gilded Age, perfectly blended with the dynamic nature of Fifth Avenue. It was designed by prolific architecture firm Warren & Wetmore in 1921, the firm behind the Grand Central Terminal, which has now become one of the most popular film locations in New York City.

Scheduled to open in 2020, the hotel will offer 83 luxurious hotel rooms and suites — as well as 19 private Aman Residences located on the upper floors. The hotel’s crowning glory (pun intended) however, will be an expansive, one-of-a-kind, five-storey penthouse on the highest floors of the building.

With New York known for being one of the most glamorous cities in history, Aman New York joins a prestigious list of established hotels including the Renaissance-style Gramercy Park Hotel and the ultra-grand Four Seasons New York. And from what we know about the brand’s commitment to exquisite service and attention to detail, Aman might just be the city’s most luxurious one yet.

Aesthetic-wise, Aman New York will be designed by renowned architect Jean-Michel Gathy of Denniston, the name behind some of Aman’s most illustrious projects such as the Piano Nobile at Aman Venice and Amanyara in the Turks and Caicos. Just walking into the hotel, you will be greeted by a dramatic 10th-floor double height sky lobby which features layers of textured ceiling panels in muted tones — gently hinting at Aman’s Asian roots. The design is carefully interpreted for its urban setting, combined with the magnificence of the neo-classical Beaux-Arts facade that houses it.

The interiors of the rooms, on the other hand, will feature a muted palette characterised by nuanced hues and innovative lighting, yet blends harmoniously with a more modern ambience. A unique pivoting door will integrate the room with the contemporary fixtures and furnishings of the bathroom. Overall, Aman New York aims to create an urban sanctuary that pays homage to the building’s striking architecture and significant history.

Prices start from a hefty S$8.1 million for a 1,140-square-foot one-bedroom to S$79.6 million for a 6,287-square-foot four-bedroom, five-bathroom apartment near the top of the building — which is about S$10.9 million more than a nearby duplex penthouse atop the legendary Plaza Residences. And no, we’re not even talking about Aman’s multi-story penthouse yet.

The exclusive penthouse is a world of its own, boasting uninterrupted views of Central Park, complete with a wraparound terrace and indoor and outdoor swimming pools.

Amenities include a spa that spans over three stories, a 25-metre indoor swimming pool, a garden terrace on the 10th floor, and a variety of social dining establishments. This includes a subterranean Jazz Bar to a wraparound Garden Terrace overlooking Central Park, as well as an Italian and Japanese restaurant. Additionally, the building will also be home to an Aman Members’ Club, offering facilities exclusively for use of its members.

New York Jean-Michel Gathy Aman Aman Tokyo aman hotels hotels in new york aman new york amangiri amangani penthouse in new york
Dewi Nurjuwita
Senior Writer
Dewi Nurjuwita is a travel and design writer who can be found exploring the streets of foreign cities with passport in one hand and a cup of coffee in the other.
Travel Architecture Interior Design

The best luxury destinations for a socially distanced holiday