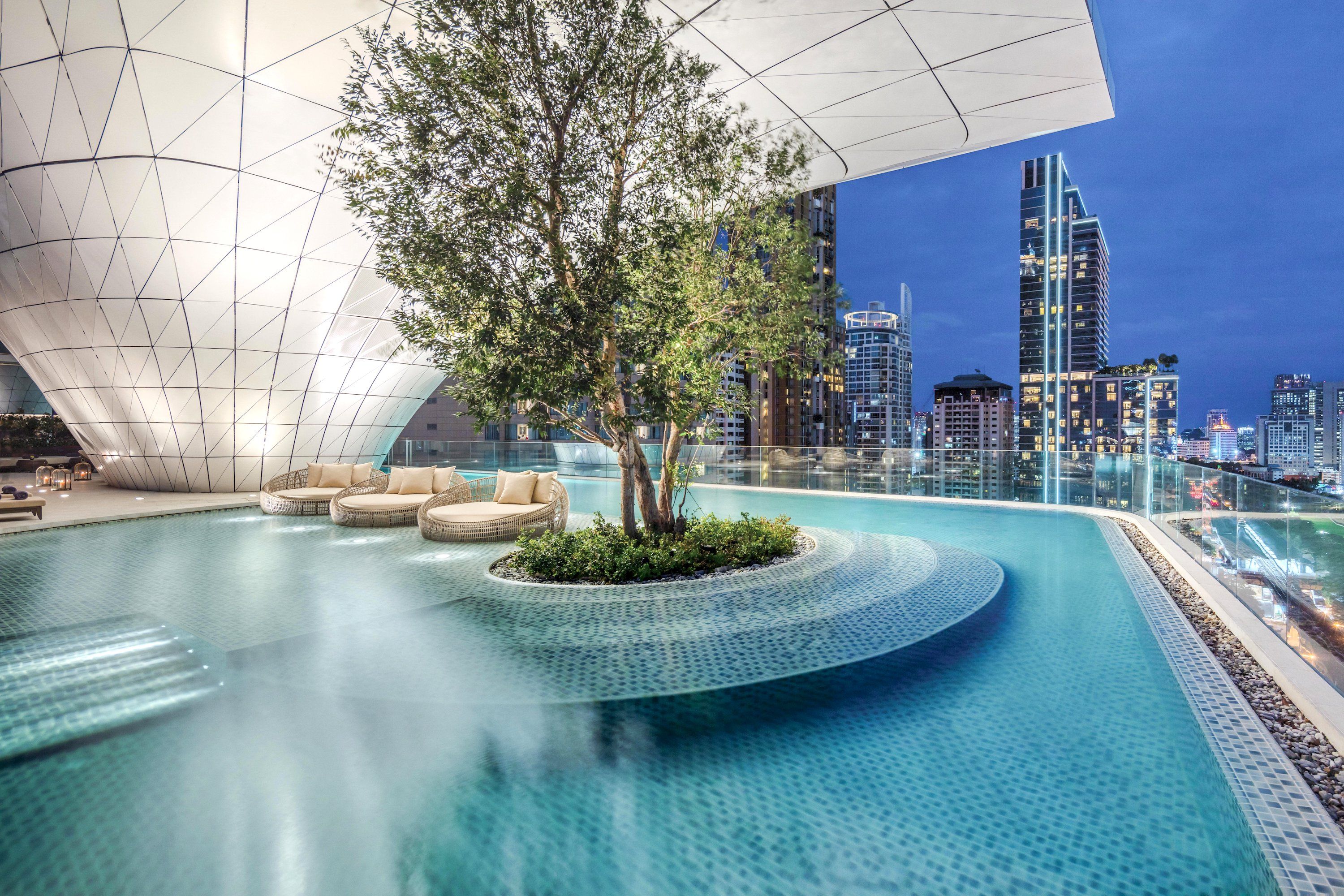 Last summer, the opening of the Park Hyatt Bangkok heralded the arrival of a brand new wave of luxury hotels, set to open intermittently across the Thai capital well into 2019. Now, barely a year later, Bangkok is getting another jolt of electricity in the form of The Waldorf Astoria, marking the Hilton luxury brand’s first ever foray into Southeast Asia. And that’s just the beginning.

To serve an estimated 40 million international tourists next year — projected to generate somewhere in the realm of US$63 billion — Thai and international property developers are working feverishly to bring Bangkok’s various exciting new luxury hotels online. From downtown hotspots tethered to the BTS Skytrain to urban resorts overlooking the Chao Phraya River, here are 5 new and upcoming luxury hotels in Bangkok that already have us daydreaming about our next getaway.

Slated to open sometime in 2019, Rosewood Bangkok is the second property in Thailand from the eponymous resort-focused hospitality group. Located in the rapidly gentrifying area of Lumpini, the new hotel features a direct connection to Bangkok’s BTS Skytrain network; and is in close proximity to the area’s upscale retail and F&B enclaves. Spanning 153 rooms across 33 storeys, the hotel’s most striking feature is its exterior: Composed of two connected structures resembling a wai — the two-handed gesture commonly used as a form of greeting in Thai culture — the architecture of the property itself echoes Rosewood’s “Sense of Place” philosophy. Along with three dining venues, the group’s signature SenseⓇ Spa facilities will also be making their Bangkok debut.

Scheduled to open in 2019, Four Seasons is officially making a welcome return to Bangkok following the rebranding of its former premises in 2015 (now Anantara Siam). Part of an exciting new waterfront development along the Chao Phraya River, the new Four Seasons is shaping up to be an estate unto itself: a 9-acre property that will feature everything from 300 guest rooms to a retail complex and separate luxury residences.

Well known for intimate heritage inspired properties (particularly in Shanghai and Singapore), Capella Hotels are on-track to open their newest Bangkok pied à terre some time in 2019. Seasoned luxury travellers will recognise many of the signature flourishes — personal assistant anyone? — with the group’s Bangkok property recalling the palatial overtones of its Sentosa flagship (the former houses 101 guest rooms including a variety of suites and villas overlooking the Chao Phraya River). In line with its culinarily driven philosophy, Capella Bangkok’s signature restaurant will be overseen by chef Mauro Colagreco — formerly on the pass at the two-Michelin-starred Restaurant Mirazur.

No matter which far flung corner of the globe you find yourself in, it’s almost mathematically certain that Marriott International will have erected a hotel there. Despite already operating 6,500 properties across 127 countries, the gargantuan hotelier has added another property to its ranks with its newly opened Bangkok flagship. Centred at the crossroads between the Chao Phraya River and downtown, The Surawongse Marriott is bound to appeal to a broad spectrum of travellers — from seasoned executives to casual vacationers. The property’s highlight is its Chinese dining venue Yao: a restaurant/rooftop bar hybrid located on the 32nd floor. Offering fine Cantonese cuisine in an aerial setting, it’s bound to become a popular spot for late night revels.