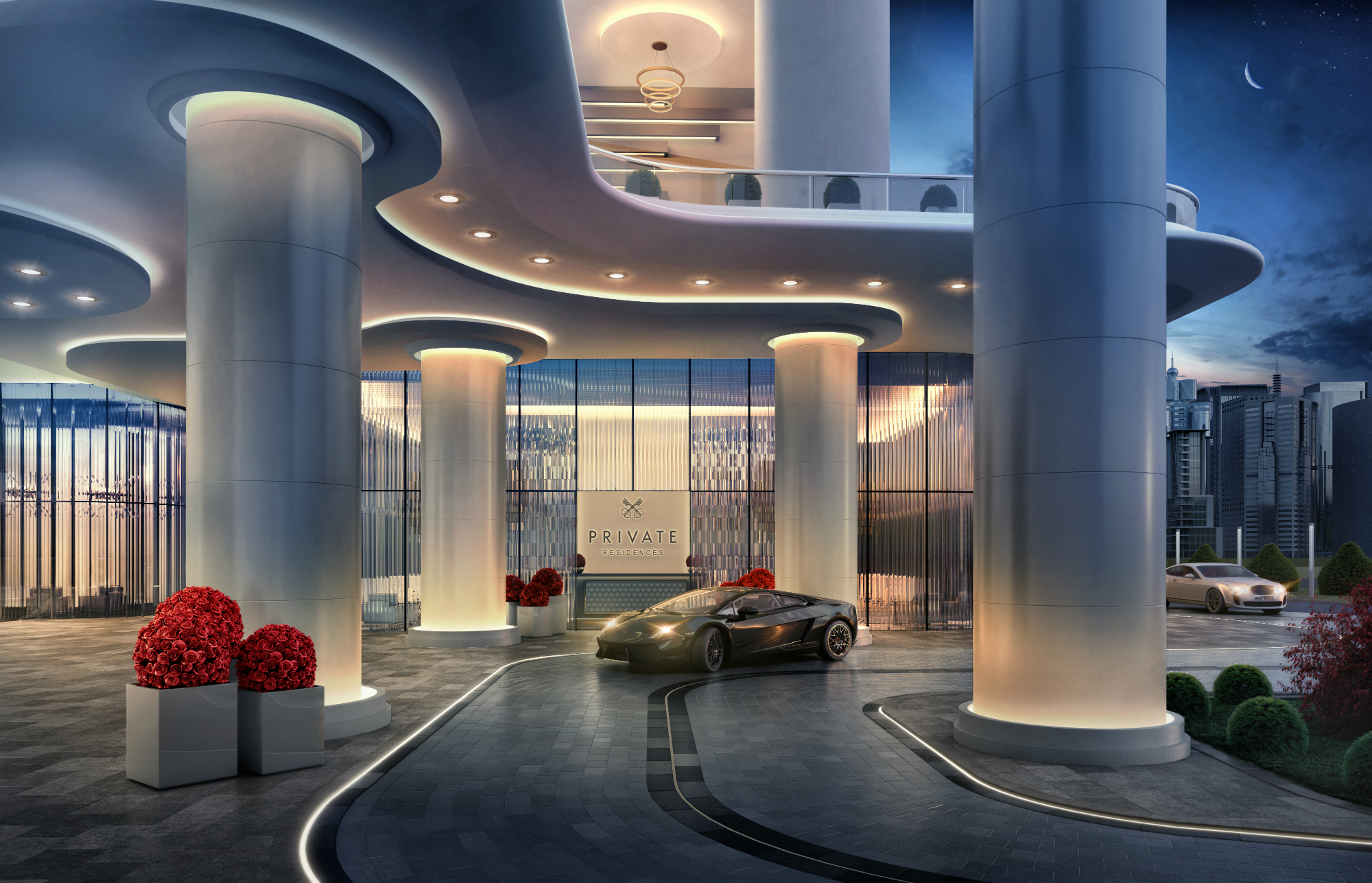 The Dorchester Collection is known for some of the most legendary hotels in Europe and the United States. Think: The newly-restored Hotel Plaza Athénée located along the prestigious avenue Montaigne, and of course, its namesake The Dorchester in London.

This time, it has been announced that the brand is expanding to Asia through the Middle East, taking over the shores of the City of Gold — specifically, on the banks of the Dubai Canal. Slated to become the first Dorchester hotel in the Middle East upon completion, the project is a collaboration between Dubai-based high-end developer Omniyat and the luxury hospitality brand.

The property in Dubai puts the city on the same globally important footing for Dorchester as its other established hotels in locations such as London, Rome, Beverly Hills and Paris. The project will include a five-star hotel and luxury residences, managed by Dorchester Collection, at Marasi Business Bay.

“We aim for authenticity through our projects that add to Dubai’s skyline and we only partner with the world’s most established brands that share our passion and excitement for creating unique, ultra-luxury developments,” said Mahdi Amjad, CEO and executive chairman of Omniyat. “We want to fuel unforgettable experiences through our projects and we couldn’t have found a more suitable partner than Dorchester Collection.”

While the Dorchester Collection started with the iconic Dorchester in London, the ultra-luxury hotel group also has some of the most prestigious properties in Europe and the United States under its wing, including 45 Park Lane in London, Coworth Park in Ascot, Le Meurice and Hôtel Plaza Athénée in Paris, Hotel Principe di Savoia in Milan, Hotel Eden in Rome, and The Beverly Hills Hotel and Hotel Bel-Air in Los Angeles.

It seems like the Dubai project won’t be the only one in the Middle East, as both Omniyat and The Dorchester Collection have hinted at the possibility of more projects in the near future. Additionally, the luxury hotel brand will also manage One Palm Residences at Palm Jumeirah when it opens later this year.

“This is our first hotel and residential complex in the Middle East and we look forward to bringing our distinct style of hospitality to this region,” said Christopher Cowdray, CEO of Dorchester Collection.

Dubai Luxury Hotels Hotel Eden hotel plaza athenee hotels in dubai Hotel Bel-Air one palm palm jumeirah the dorchester collection The Beverly Hills Hotel 45 Park Lane Coworth Park
Dewi Nurjuwita
Senior Writer
Dewi Nurjuwita is a travel and design writer who can be found exploring the streets of foreign cities with passport in one hand and a cup of coffee in the other.
Travel Architecture Interior Design