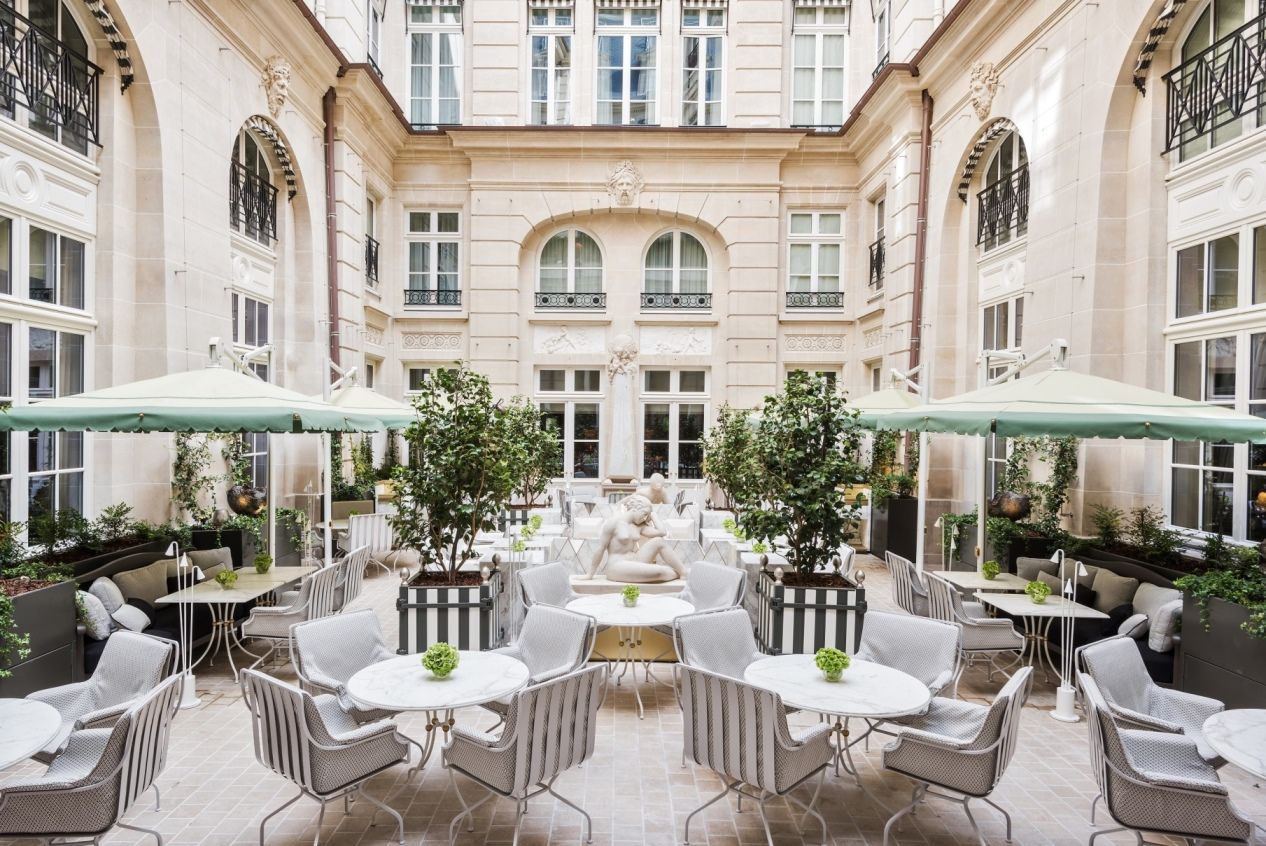 After a US$222 million restoration, the iconic Hôtel de Crillon reopens in Paris

Everyone who visits Paris will at some point find themselves in the Place de la Concorde, the public square perhaps best known in history for being the bloodstained centre of the French Revolution in the late 18th century (it was the site of the beheading of Marie Antoinette and King Louis XVI in 1793). Now a hub and gathering spot for the city’s most popular events and festivals, the square (renamed from Place de la Revolution in 1795 to usher in a new era of harmony and peace) is one of the most prominent landmarks of architectural, cultural, and historical significance in the city — and the adjacent Hôtel de Crillon its superlative symbol of French opulence.

Instantly recognisable from its 18th-century edifice, the building was originally commissioned by King Louis XV and built by architect Ange-Jacques Gabriel to serve as a backdrop for a statue of his likeness in the courtyard. Since transforming from a private residence and debuting as Hôtel de Crillon in 1909, the palatial property has housed elite politicians, celebrities, and visiting royalty for more than a century, from Sophia Loren to Madonna, and President Theodore Roosevelt to King George of Britain. Following an extensive four-year renovation with a US$222 million price tag, the hotel has officially reopened to the public this week. Under the direction of artistic director Aline d’Amman and architect Richard Martinet, the Hôtel de Crillon has been upgraded with an expensive facelift that brings it into the 21st century whilst preserving the 18th-century look and feel of its environs. Designed to be in step with today’s luxury travellers, the reborn hotel is also boasting a new owner: Rosewood Hotels & Resorts, a perfect fit considering that the brand’s other properties are designed to blend seamlessly into their surroundings.

Presided over by a group of leading architects, designers, artisans, and artists, the guiding principle of the ambitious renovation centred on finding a balance between conservation and transformation, aiming to retain the hotel’s spirit while expressing in full the French art de vivre. The new look features a total of 124 renovated guest suites (trimmed down from 147), each decorated with bespoke furnishings and elegant antiques. Undoubtedly some of the most luxurious accommodations in Paris, the hotel’s 10 signature suites represent the crown jewels of the collection: the Louix XV suite comes complete with a spacious terrace with views stretching across the Place de la Concorde and the Eiffel Tower and Grand Palais in the background; while the Marie-Antoinette suite is all about feminity, featuring pearl-gray decor with pink accents, and a private terrace offering views of the Cour d’Honneur. On the upper floors, the Ateliers d’Artistes suites have been designed to pay tribute to the bohemian poets and painters who are synonymous with Parisian life, with colourful decor and carefully curated objets d’art. Fashion mavens will also be keen to hear that Karl Lagerfeld himself has had a hand in redesigning this slice of Parisian history, decorating two suites known collectively as “Les Grands Appartements”. The world-famous couturier is an authority on 18th-century antiques, and he’s brought his innate sense of style and dramatic flair to the elaborate décor, rivalled only in style by his own chic Parisian apartment. Located on the fourth floor, the suites are outfitted with marble parquet floors, theatrical baldachin beds, Carrera marble bathtubs, and sinks fashioned from the red marble fountain that used to adorn the hotel’s courtyard. If affording a stay in one of the glamorous suites proves too much, you can still soak up the grandeur of the property in one of its public spaces, ranging from world-class restaurants to the beautiful salons which decorate the lobby.

Book a spot at 22-seat L’Ecrin and you’ll be rewarded with a gastronomic journey through modern French cuisine, helmed by chef Christopher Hache. The elegant degustation has been revamped to showcase the ingredients and techniques that chef Hache picked up over the four years the hotel was undergoing renovations. For a more casual experience, head to the warm and convivial Brasserie d’Aumont for a quintessential French bistro experience, with classics prepared by chef Justin Schmitt. Meanwhile, teatime is a treat at Jardin d’Hiver, where exquisite French pastries and fine Champagne make for a posh midday break.

Finally, La Cave and Les Ambassadeurs are where to retreat for well-made drinks; the first is a subterranean space hosting a collection of fine and rare wines, including labels from the early 20th century, while the second is a 60-seat bar which lights up at night with live music and craft cocktails under a beautiful heritage ceiling. A number of sumptuous salons are also worth a visit: the spirit of Marie-Antoinette resides in the eponymous salon where she once took music lessons — just years before she was beheaded — while the Salon des Aigles witnessed the 1778 signing of the French-American treaty to recognise the Declaration of Independence, as well as the 1919 signing of the Covenant of the League of Nations. Other facilities include a jewel-box swimming pool featuring mural work by ceramist Peter Lane, a state-of-the-art fitness studio, the signature Rosewood Spa, and grooming salons for both women and men seeking to get the latest Parisian coiffure.

The fine architectural styles and decorative items — from the Corinthian colonnades to sculptures by Coustou — have been preserved with the utmost integrity, and return guests will find that the hotel has retained its distinct sense of history and timeless luxury. From the sparkling amethyst chandeliers down to the crystal Baccarat decanters, this gilded slice of history is making a grand re-entrance into Paris society with plenty of pomp and circumstance. Take a relaxing ‘beer bath’ at this dreamy Icelandic spa