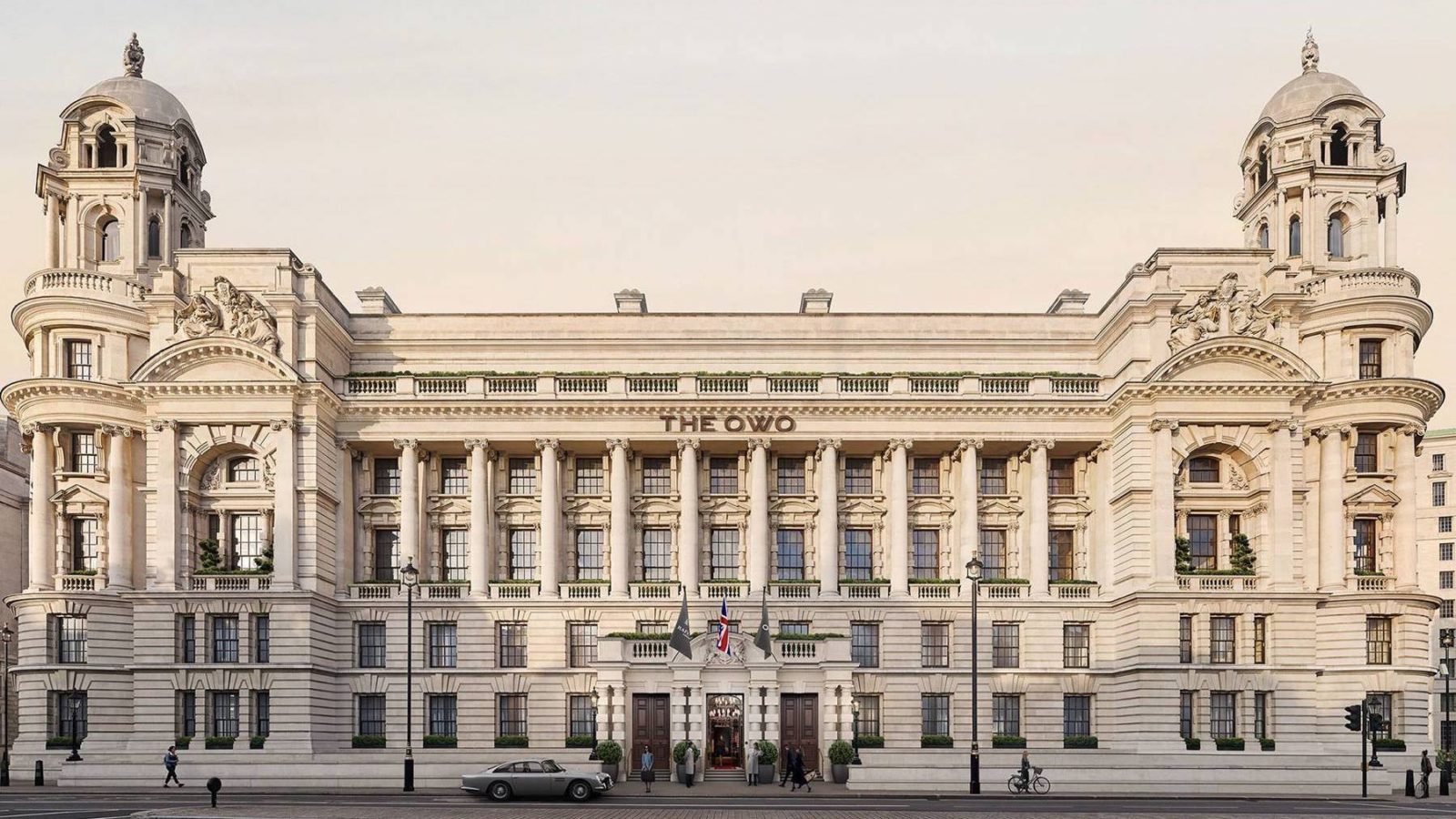 Celebrating a 133-year history, the Raffles Hotel is recognised worldwide as the crown jewel of Singapore’s luxury hospitality scene, and is soon marking its first outpost in the United Kingdom.

The pride of Singapore has become not just an iconic landmark amidst the skyscrapers that envelop the bustling heart of Singapore, but also a glitzy destination marked by plenty of beguiling history, high-profile visits, and a world-famous cocktail. This very same legacy will soon make its way to London.

It has, after all, seen two world wars and a massive political scandal. The desks within its Edwardian Baroque walls once served the likes of Winston Churchill, Lawrence of Arabia, David Lloyd George, Lord Kitchener, and most infamously, John Profumo — then war minister who brought his 19-year-old lover Christine Keeler over to “show her around.” He would later resign in 1963 after the Profumo affair became an full-blown British political scandal following revelations that he had lied to the House of Commons. Before all of these, Charles I was executed for treason just outside its compounds.

The building will be called a snazzier ‘The OWO’ when it opens, but remodelling this longstanding emblem of empire and military might without losing its convoluted charm might be the biggest challenge yet.

First designed by architect William Young and completed in 1906, the 760,000 square-foot development sits at the heart of Whitehall, flanked by Trafalgar Square and the Palace of Westminster, both equally regarded to be the nexus of the government — even today. The project will be designed by UK-based EPR Architects, with the hotel interiors designed by New York-based designer Thierry Despont, and the residences designed by 1508 London.

For all its history, the building is truly an architectural masterclass. The building’s odd trapezium shape would’ve been a tricky one to navigate, but Young’s use of curved walls and domed corners eliminated the landmark’s strange angles. A grand Renaissance-styled marbled staircase sits at the heart of it all, leading future guests to a matrix of corridors that — if walls could speak — would tell tales that’d leave you wide-eyed with wonder. For one, boy scouts used to run through them as message runners during the first world war.

Offices that once inspired mustachioed warlords and ministers will now become hotel suites, with a bright courtyard right smack in the middle that would house an open-air eating experience — kind of like Singapore’s, but with worse weather. The guests rooms already have plenty going for them, with antique fireplaces from the original War Office and beautifully carved panelling.

Travel Hotels London Raffles Hotel residences
Lifestyle Asia
Here's where you can read the latest news and stories from Lifestyle Asia and our sister titles PrestigeOnline and Augustman, curated from all of our editions in Hong Kong, Singapore, Kuala Lumpur, Bangkok and India.
Luxury