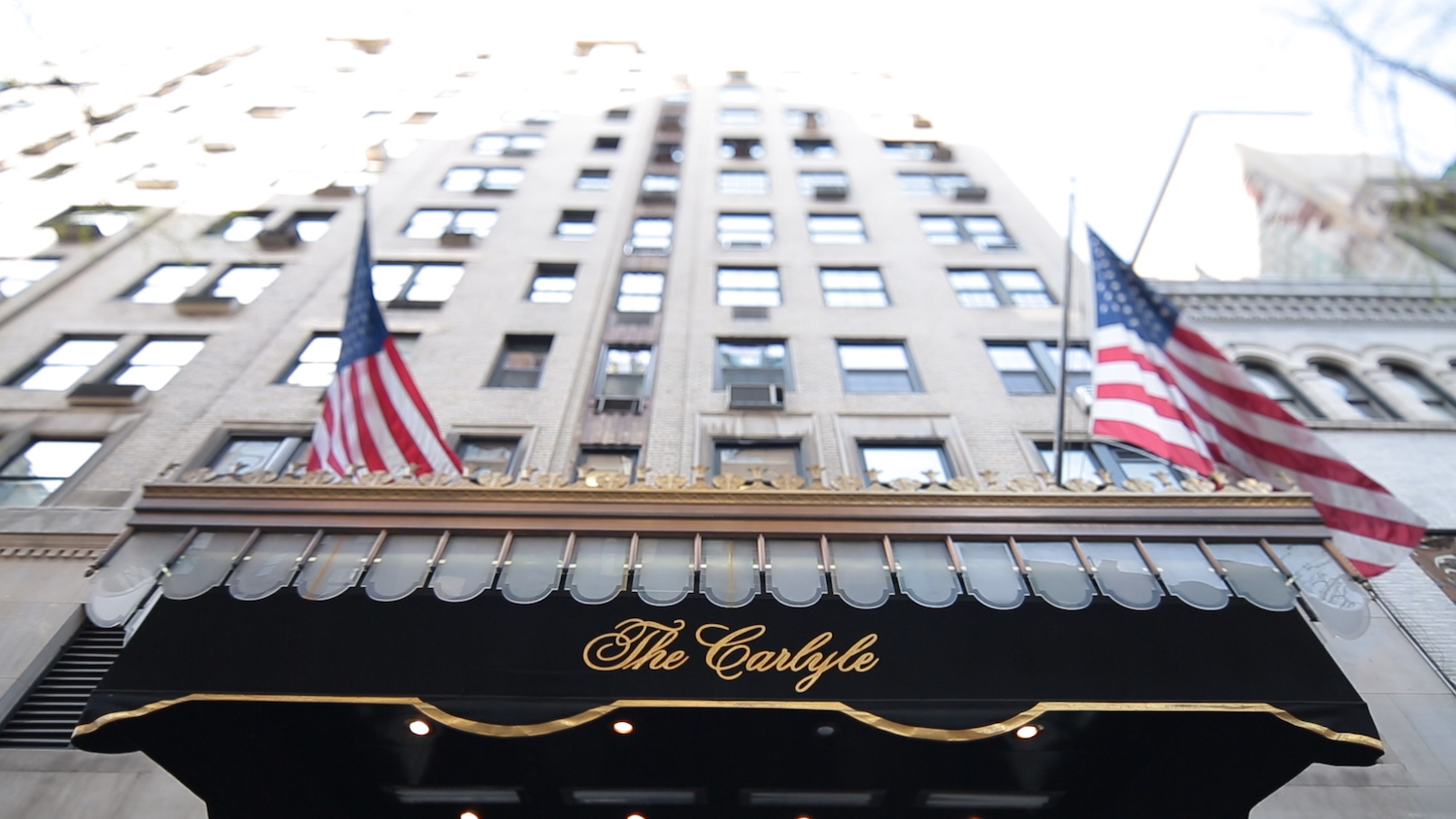 Cities may change and their magic may fade, but luckily some iconic institutions stand the test of time, keeping the best elements of bygone eras alive in the present. In New York, thankfully, there is The Carlyle, a classic hotel on the Upper East Side that for decades has been a favourite haunt of presidents and princesses, movie stars and musicians, debutantes and dictators. But The Carlyle, which has been owned by Rosewood Hotels & Resorts since 2001, is so much more than just a place for A-listers, international jetsetters and the ultra-wealthy to rest their weary feet — it’s a cultural landmark. With its elegant atmosphere, unparalleled service, and, perhaps most important of all to its discerning clientele, legendary discretion, the hotel is nothing less than a gateway to the past, a living temple to the glamour of Old New York for those of us who never got to experience it firsthand.

“I stay in many different types of hotels, and I’m reasonably happy in a lot of them, but we’re talking about love,” says the late Anthony Bourdain in the entertaining 2018 documentary Always at the Carlyle. “Like someone you fall in love with, it’s the eccentricities you embrace as much as everything, if not more so.”

What’s so eccentric about the 89-year-old hotel? For one thing, until very recently, no two rooms or suites looked alike; each one featured a different layout, colour scheme, textiles and so on, though this has started to change as part of an ongoing renovation that is giving most of the guest rooms a much-needed contemporary refresh. (Some rooms and suites are being left untouched to cater to the preferences of longtime Carlyle guests, who abhor change.)

The hotel is also one of the last in New York to employ round-the-clock lift operators who, like much of the staff, are considered legends in their own right. The Carlyle is also home to not one but two legendary live music venues: Bemelmans Bar and Café Carlyle. Decorated with hand-painted murals and table lampshades, both rooms transport guests to a classier, more genteel era when piano bars and supper clubs reigned. As Bourdain says in the documentary, “It’s like you’re holding your breath: How much longer can this exist? It’s completely awesome and frankly nuts.”

But perhaps what’s most unique about The Carlyle is that it isn’t a hotel at all, not in the traditional sense, at least. As George Clooney puts it in Always at the Carlyle, “The way you’re treated, this isn’t just a place you come and lay your head.” Ask The Carlyle’s staff, many of whom have worked there for decades, and they’ll say it’s more like a members’ club than a hotel. Part of that unique atmosphere is due to the fact that, for some people, The Carlyle is literally home. It opened in 1930 as a residential hotel — famed American composer Richard Rodgers was its first tenant — and to this day, people own units and use them as primary residences.

“We treat our tenants like family,” says hotel ambassador Hector Ruiz, who’s worked at The Carlyle for nearly three decades. “Any long-term guest that’s here, they become like family.” He likes to emphasise this point by telling a story about an elderly woman who temporarily moved to The Carlyle when her apartment was flooded and the water damage had to be repaired.

“It took about eight months, and when it was time for her to go back, she didn’t want to go back,” he says. “She put her apartment up for sale. She said, ‘I have family here.’ She stayed here until the day she passed. It says a lot, I think about the hotel and the staff and how we run things.”

Discretion is another one of The Carlyle’s unique selling points. “We operate a little different than most hotels,” according to Ruiz. “The most important thing here is whatever happens here stays here.” That commitment to guests’ privacy extends to underground tunnels and secret entrances that can allow high-profile names to come and go undetected.

That helps to explain why the list of notable guests who have stayed at The Carlyle is so dizzying and diverse: President John F. Kennedy, Princess Diana, the Duke and Duchess of Cambridge, Jacqueline Kennedy Onassis, Marilyn Monroe, Jack Nicholson, David Bowie, Mick Jagger, Paul Newman, Naomi Campbell, Imelda Marcos, Harrison Ford, Anjelica Houston and Hunter S. Thompson, amongst countless others. Roger Federer has stayed there so many times that there is now a suite named after him. It won’t surprise you to read the unofficial afterparty for the annual Met Gala is always at The Carlyle.

There was one time when Princess Diana, Michael Jackson and Steve Jobs were in the lift at the same time, which really couldn’t have happened anywhere else in the world. As intellectual and frequent guest Bernard-Henri Lévy writes in his introduction to the 2007 book The Carlyle, “A hotel is only as good as its ghosts. Tell me whose memories are preserved within your walls and black marble floors and I will tell you what you are worth.” By this measure, the hotel’s worth is nothing short of priceless.

In spite of The Carlyle’s reputation as a private hideaway for the rich and famous, much of its magic happens in its public spaces on the ground floor: The Carlyle Restaurant, a grand and elegant space; The Gallery, iconic for its stunning Turkish-inspired décor; Bemelmans Bar, where the walls feature murals done by Ludwig Bemelmans, the illustrator of the famous Madeline books; and Café Carlyle, where legendary performer Bobby Short played for 36 years, and where, for the past 16 years, Woody Allen has taken to the stage nearly every Monday night to play his clarinet alongside the Eddy Davis New Orleans Jazz Band.

“The main thing I’ve noticed over the years is the wonderment of people when they come for the first time to Bemelmans and they see the walls,” says Earl Rose, who’s been playing piano there for 24 years. “That room, the cosiness of that room. It’s not slick. It’s cosy, and you want to stay there for a long time.”

With its retro charms, it seems that Bemelmans Bar is now more appealing than ever. “You get the people who have been coming here for longer than forever, who still come, and then there are so many twentysomethings coming in for the first time to check it out, and they keep coming back,” says Rose. “So many places in New York have discontinued live music. What’s amazing to me is, here’s a place that believes in music, and it’s doing the best business.”

With its idiosyncratic charms and one-of-a-kind atmosphere, it’s no surprise that The Carlyle has survived so long, even in a city like New York that’s had no shortage of highs and lows. By ignoring fads and resisting trends, this spectacular hotel has managed to preserve its unique identity, even on the cusp of turning 90. If you’re looking to make your next trip to New York a bit more magical, a stay at The Carlyle is a very good idea indeed.

All images courtesy of The Carlyle, A Rosewood Hotel.