These are the 10 best hotels in New York City

There’s no place like New York City, and more travellers than ever are taking note, with a record 65.1 million people visiting the concrete jungle last year. The Big Apple is also the country’s top destination for international tourists, including more than 1.1 million visitors from China last year. Accordingly, the hotel scene is keeping pace, with 17 new properties opened in 2018 alone. It’s not just Manhattan that’s getting all the attention, either; properties like the new Hoxton in Williamsburg have people flocking to outer boroughs such as Brooklyn and Queens.

In the city that never sleeps, it’s important for weary travellers to get exactly that after long days of fighting crowds for the city’s best views, gorging on a never-ending list of delicious food, and sipping cocktails at the trendiest bars. Luckily, there’s a perfect hotel for every visitor in New York, whether you’re looking to blend in with local hipsters or wake up to bird’s-eye views of Central Park. Here are New York’s 10 best hotels to check in to for your next stay. 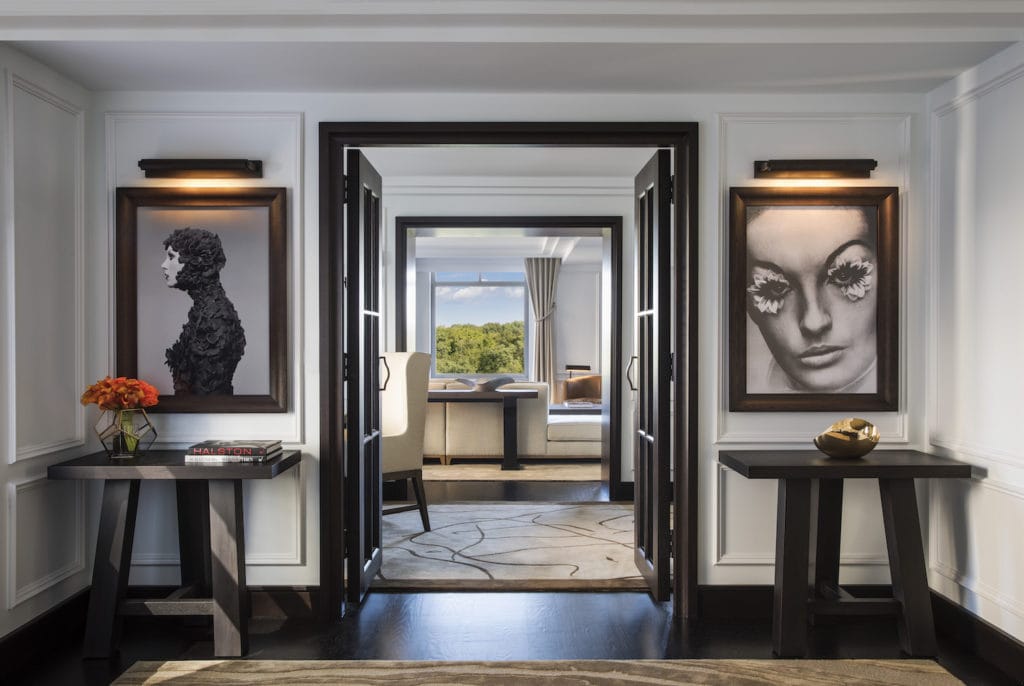 For a classic New York experience, The Ritz-Carlton is simply unbeatable. Abutting Central Park’s grassy hills and green topiary, the hotel almost feels like a luxurious treehouse. The awning and oak-panelled interior on the ground floor evoke old New York — appropriate for a historic, 19th-century building — but the renovated rooms here are sleek and modern, with chic photographs adorning the walls and roomy marble bathrooms. Expect classic Ritz service here — gracious and attentive — and don’t miss the complimentary shoe shine. The property’s 253 rooms include 81 park-facing rooms with exquisite, unobstructed views of the park. The telescope on the windowsill comes in handy for birdwatching. 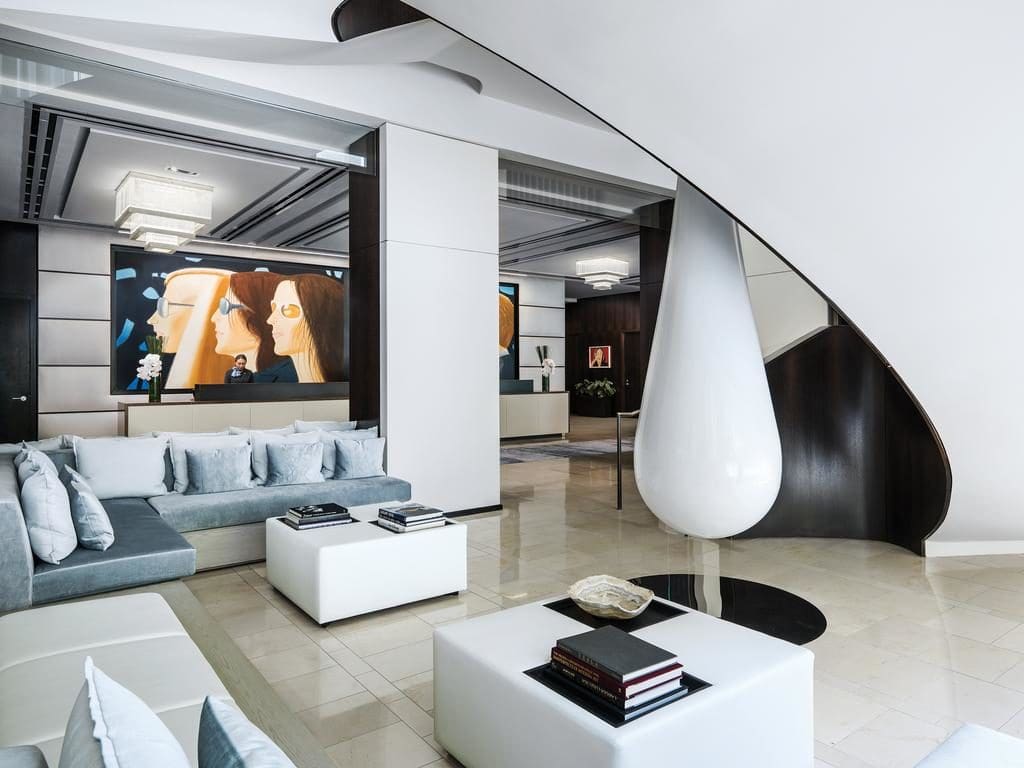 With its discreet façade and quiet lobby, it’s hard to believe that The Langham is in the thick of it all in Midtown Manhattan, just a couple of blocks from the Empire State Building. Though the luxury chain is based in Hong Kong, its New York outpost has plenty of local flavour thanks to many pieces by legendary local artist Alex Katz adorning its walls. The Langham is also home to Michelin-starred Italian restaurant Ai Fiori from chef Michael White, but travellers from Asia who are homesick might appreciate dumplings in bed instead from the room service menu. For once, travellers in New York might actually want to stay in thanks to the Langham’s extra spacious, sleekly designed rooms, which average 750 square feet — a rare find in the city. 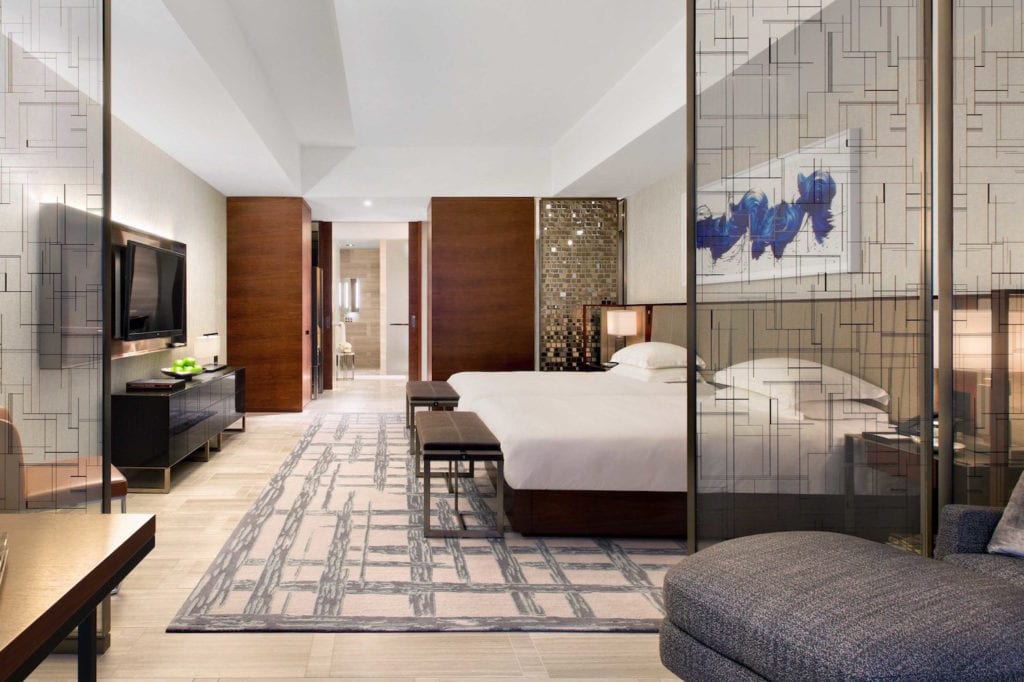 Live like a billionaire at Park Hyatt New York, located inside One57, the towering, 75-storey Midtown skyscraper known as the “Billionaire Building”. Accordingly, this is the kind of hotel where you can opt for a US$700 breakfast complete with Dom Pérignon. This is the global flagship of the Park Hyatt brand, and it doesn’t disappoint. The luxuriously appointed rooms and suites are some of the largest in the city, and they feel more like high-end residences than hotel accommodations. Take advantage of the views of neighbouring skyscrapers and Central Park from the spa, indoor lap pool and gym, and be sure to snag tickets to a concert across the street at Carnegie Hall. A hipster haven, The Hoxton is for travellers who want easy access to Brooklyn’s best bars and restaurants. The boutique hotel, which opened in 2018, is located in Williamsburg and boasts impressive views of Manhattan’s skyline. Rooms are decorated with plants, kitschy local guidebooks, vintage photos and printed bedding from local designer Dusen Dusen. The cavernous, industrial-chic lobby is bustling with young creatives working on laptops or sipping on cocktails — sometimes both at the same time. The rooms are cosy, but it’s obvious the stylish hotel is geared toward a certain type of traveller: There are free bikes on hand for guests to use, and the Hoxton is located within walking distance from music venues such as Rough Trade, Brooklyn Bowl and Music Hall of Williamsburg. The Hoxton also has its own rooftop bar called Summerly, stocked with day beds and a beautiful view of the Manhattan skyline. Architecture aficionados will geek out at the sight of The Beekman’s gorgeous nine-storey atrium, framed by the building’s beautiful original railings and topped with a magnificent skylight. Old meets new at this downtown hotel, which is housed in a historic building: the Woolworth Building, which was the world’s tallest skyscraper from 1913 to 1930. Inside the Neo-Gothic structure, Victorian antiques sit next to mid-century modern furniture and playful modern portraits of literary icons. The hotel is conveniently located in the Financial District and is home to the neighbourhood’s hippest speakeasy, The Alley Cat Amateur Theater. For unapologetic, over-the-top luxury, there’s no hotel that sparkles more than the Baccarat Hotel — literally. The glittery Midtown hotel, located across the street from the Museum of Modern Art, is filled with chandeliers and glassware from its namesake crystal brand — look out for the single signature “Baccarat red” crystal in every chandelier. Even the exterior shines, with paneling that resembles crystals. The opulent property is draped in baroque fabrics and dotted with Baccarat red rose arrangements, fit for the oligarchs who stay here. Be sure to splurge on a glass of Champagne in the hotel’s beautiful Grand Salon. Located in the charming Brooklyn Heights neighbourhood, 1Hotel Brooklyn Bridge boasts incredible views of Lower Manhattan, especially from the pool that wraps around the rooftop. With an abundance of indoor plants and even hammocks in some rooms — in addition to beds, of course — the property has a decidedly laid-back ambience and calming aesthetic. Make time to explore some of the local attractions within walking distance: the iconic Brooklyn Heights Promenade, Brooklyn Bridge Park, Bargemusic, St. Ann’s Warehouse and The River Café, amongst others. And if you feel like travelling farther afield, the hotel is just a short walk from the East River Ferry, which can take you to Lower Manhattan or other parts of Brooklyn — it’s a lot more convenient than driving or taking the subway. 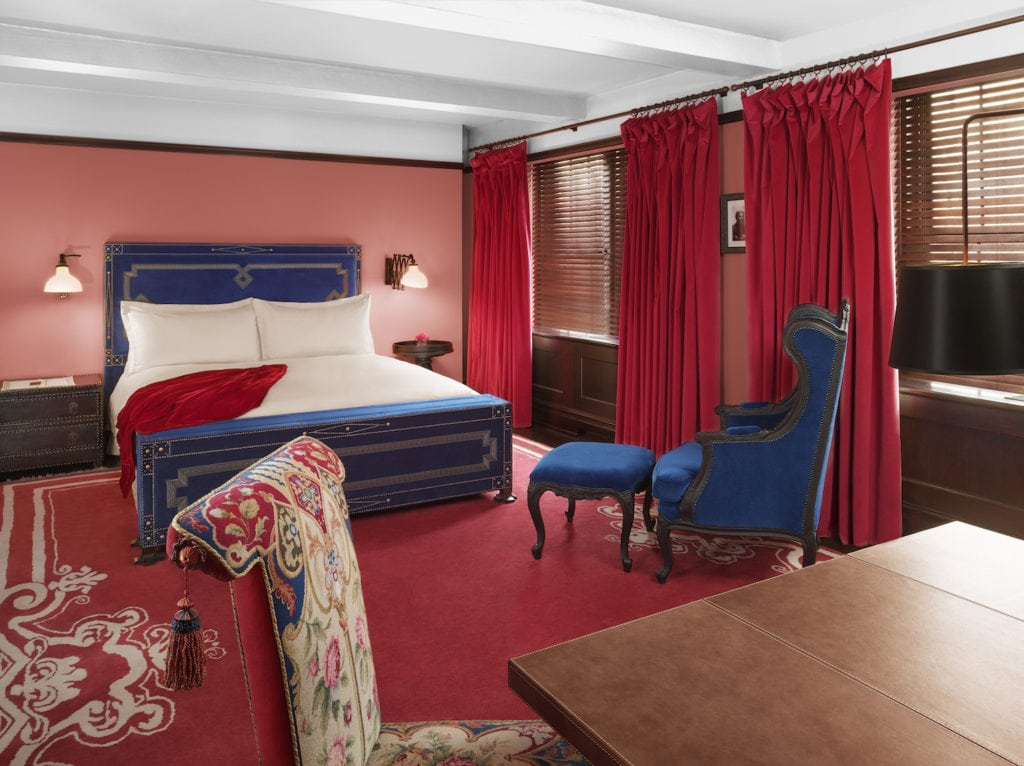 Romantic and lush, Gramercy Park Hotel feels cosy and luxurious all at once with its rich fabrics and rugs — think lots of red and velvet — thanks to a bold design curated by artist Julian Schnabel. But what really sets the hotel apart from its peers is Gramercy Park itself. Access to the private park requires a key, and GPH is the only hotel that has one — just arrange your visit with the concierge. Also, don’t miss brunch at Danny Meyer’s Maialino downstairs, and wind down in the evening with a cocktail at the hotel’s sexy Rose Bar. 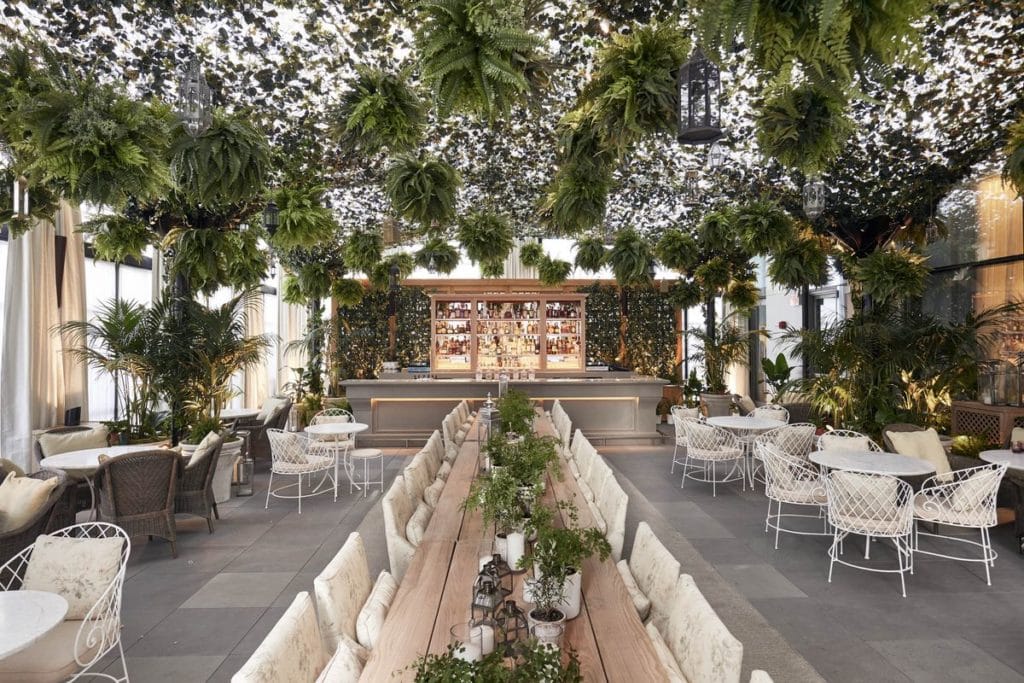 Even tourists know that Times Square doesn’t have a reputation for being very cool, but hotelier Ian Schrager — who founded renowned nightclub Studio 54 — is aiming to change that with The Times Square Edition, which opened in March 2019. The stylish hotel offers a respite from the hectic neighbourhood, trading neon lights for palm plants and sidewalks for herringbone floors. The hotel has also brought buzzy restaurants to the area, including The Terrace with its flowering outdoor gardens. Theatre lovers will enjoy the downtown vibes while staying within walking distance of Broadway’s bright lights. The Crosby Street Hotel is a hot spot for celebrities like Blake Lively and Rosie Huntington-Whiteley — and those are just the ones who sleep there; many more actors pass through the hotel’s doors for socialising and film screenings. It’s no surprise that the eclectic hotel, decorated with bright patterns and irreverent artwork, is popular with stars — it’s located on a quiet cobblestone street in SoHo, near some of Manhattan’s trendiest restaurants and shops.

10 Treehouse hotels to add to your travel wishlist