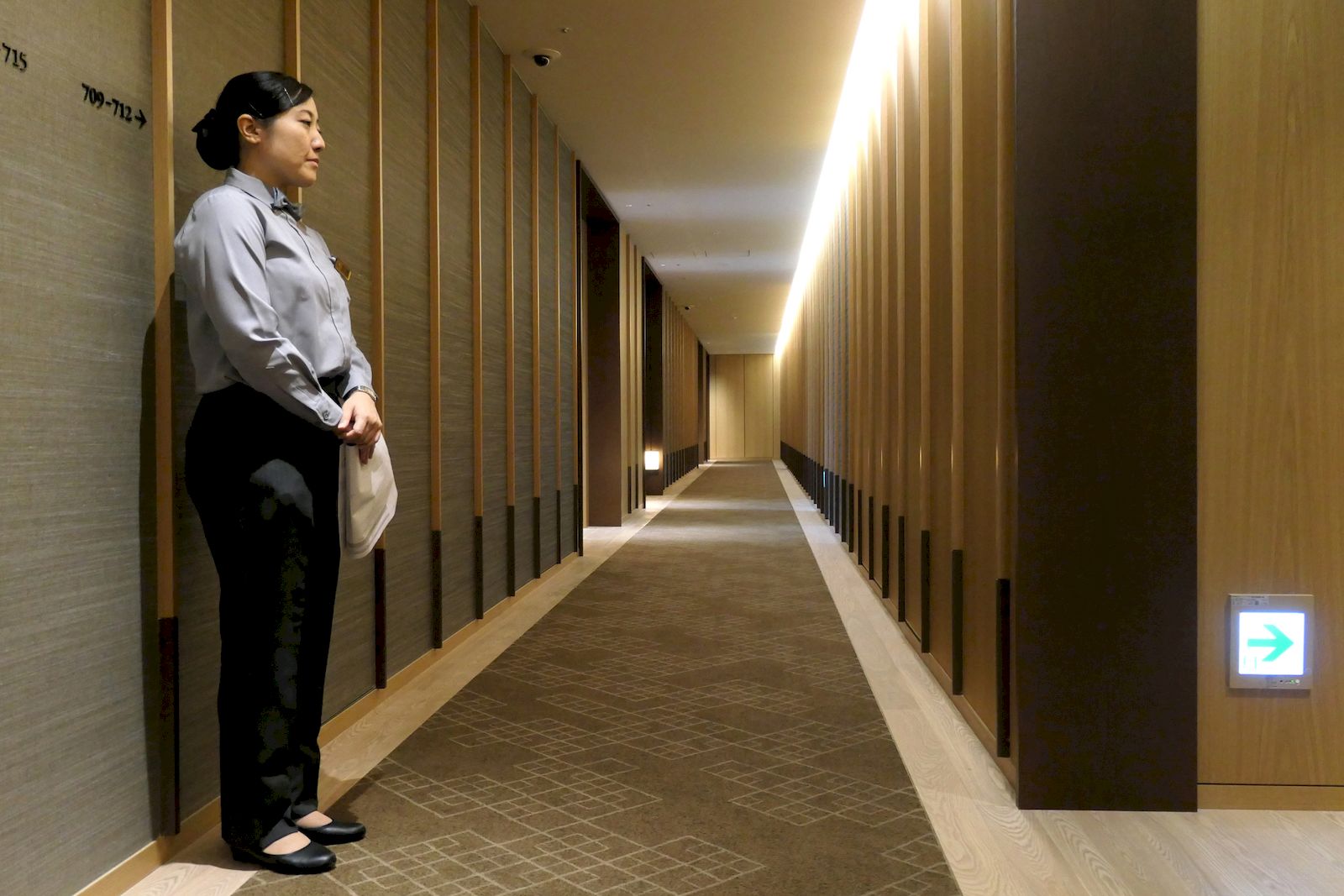 Tokyo’s iconic Hotel Okura has reopened its doors as The Okura Tokyo, following a US$1 billion makeover, with a new look that will shock patrons familiar with the time-honoured hotel. The prestigious address is well known for its long list of famous guests, including past US presidents, British royalty and even fictional superspy James Bond.

Hotel Okura was torn down in 2015 despite a passionate campaign to preserve it; with its grand reopening, the hotel is poised to once again become a coveted destination with its extensive modernisation and renovation arriving just in time for the 2020 Olympics.

Located on a hill in central Tokyo just across from the US embassy, the hotel has welcomed American leaders Richard Nixon and Barack Obama, as well as Britain’s Prince Charles and Princess Diana.

It was the obvious choice of lodgings for 007 while in Japan, as proved by Ian Fleming’s novel You Only Live Twice.

The preview reveals nods to the past in the lobby that will delight nostalgics in terms of the general style and parts of the furniture such as the famous hotel lanterns.

But the rest has been revamped in a sober but modern fashion dominated by wood, aiming at foreigners who appreciate the minimalist Japanese style.

The new Okura Hotel is housed in two towers (75 metres and 188 metres tall) and will consist of 508 luxury rooms, banquet halls, conference rooms, shops, restaurants, luxury bars, as well as a spa and fitness club.

It will also host the Okura Art Museum, founded in 1917 as Japan’s first private art museum.

The original Hotel Okura was opened in 1962, two years before the first Tokyo Olympics, and was a symbol of the affluent country’s post-war coming-out party. Its demolition sparked a flurry of petitions from at home and abroad from those arguing it represented a priceless part of Japan’s culture.

However, its owners believed that the 60s-era modernist masterpiece, which had delighted high-rollers for decades, no longer catered for discerning guests used to modern five-star hospitality.

When it closed, the hotel auctioned off memorabilia and furniture, with the proceeds going to a charity promoting music and art in areas of northeastern Japan hit by the 2011 earthquake and tsunami disaster.

The 10 best hotels to stay at in Kuala Lumpur

Take a peek inside the Rosewood Yangon, opening in Myanmar

Experience a different side of India at one of these resorts in Kochi, Kerala