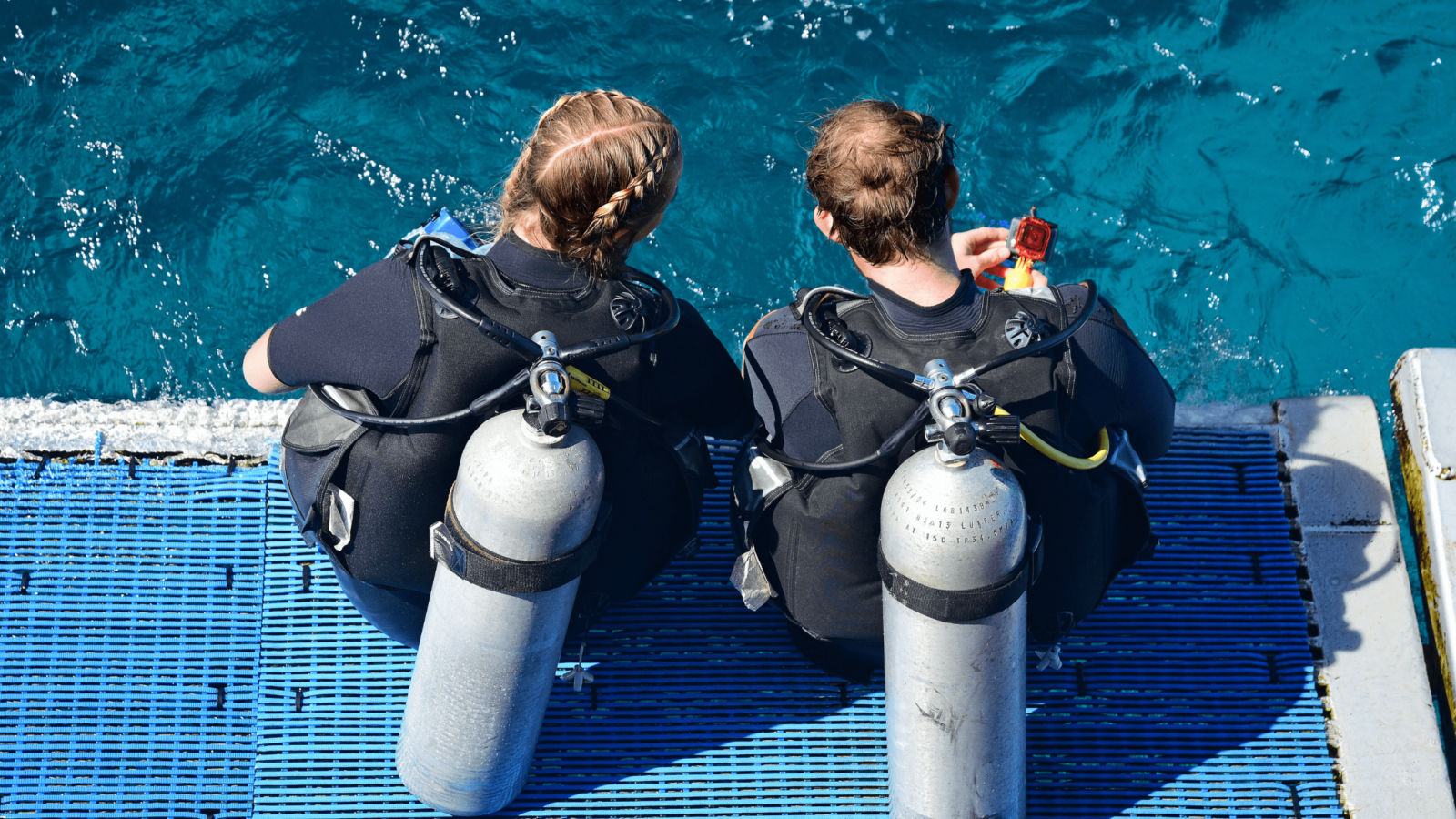 Asia-Pacific is not only home to more than half of the world’s population but also places of crucial ecological significance. These include dense forests as well as critical marine ecosystems which support the lives of some of the world’s rarest and endangered terrestrial and marine species. The Pacific Ocean, the largest and deepest ocean on Earth, alone has more marine species than any other ocean basin. The pressure of the dense population of the region on the ecosystem has been alarming. This is why several organisations have been racing against time with their marine conservation projects to protect and preserve the ecosystems and the flora and fauna supported by them.

As we mark World Environment Day (WED) on 5 June , it is time to take a look at these organisations and join their efforts in creating a safe, sustainable and secure future.

One of the world’s biggest conservation initiatives, Conservation International started its work in Asia-Pacific in 1989. It began with an objective to protect critical biodiversity hotspots spread across the region, including Sundaland rainforests and the Philippine archipelago. The organisation is today at the forefront of every major conservation effort, including marine conservation. Through its programmes, the organisation also helps in providing support to local communities with food security and financing for conservation projects.

Across the 12 countries in Asia-Pacific where it has a presence, it is helping the fight against climate change by restoring critical ecosystems such as mangrove forests in areas of the Philippines and the forests that feed the Mekong river. It has also created a string of marine protected areas (MPAs) including one in New Caledonia which is the world’s second-largest. Locals in countries such as Cambodia are trained in efficient fishing practices while farmers in the Philippines are helped to replace environmentally harmful practices such as slash-and-burn.

Established 56 years ago, the Australian Marine Conservation Society (AMCS) is the only national charity dedicated to protecting marine life Down Under. The AMCS has scientists, educators and advocates helping spread awareness about Australia’s marine life and take action to protect it through science and activism. Its work includes protecting ocean ecosystems such as the Great Barrier Reef and Ningaloo as well as threatened species such as the Australian Sea Lion. Conservation of wetlands such as Boondall Wetlands in Moreton Bay is also part of their efforts. It has also played a defining role in the banning of plastics in many Australian states.

Considered the global authority on seahorses and their relatives by the International Union for Conservation of Nature (IUCN), Project Seahorse focuses on protecting seahorses and through them the marine environment. Research is at the heart of the project and its results are used to create informed and effective conservation plans in an area with assistance from stakeholders including individuals and governments.

Project Seahorse has been carrying out its programmes and research activities in the Asia-Pacific countries of Thailand, the Philippines and China. It has helped establish 35 no-take marine protected areas (MPAs) in the threatened double-barrier coral reef system of Danajon Bank in the Philippines, with more being established. The MPAs are critical to the survival of seahorses and the reef. They also help rebuild destroyed marine ecosystems and assist in the recovery of community fishing grounds.

Other achievements of the project include training more than 175 professional conservationists besides many citizen scientists and empowering a regional coalition of 1,000 low-income fishing families in Asia.

The mission statement of Green Fins states that it aims to “protect and conserve coral reefs by establishing and implementing environmentally-friendly guidelines to promote a sustainable diving and snorkelling tourism industry.” The Reef-World Foundation in partnership with the UN Environment Programme (UNEP) coordinates the Green Fins programme globally. Government staff, often in collaboration with NGOs, implement their approach in respective countries.

Marine tourism operators can help in coral reef conservation and reduce unsustainable tourism practices with the help of a 15-point Code of Conduct which urges them to undertake regular beach or underwater clean-up, regular marine life monitoring and data reporting, prevent toxic chemicals from entering the waters and inform guests about MEPs among other guidelines. In the Asia-Pacific region, Green Fins has been or is active in Indonesia, Japan, Malaysia, Vietnam, Thailand, Singapore, Philippines, Palau and Timor-Leste.

Through scuba courses and dive trips, Scuba for Change (SFC) is working to develop a sustainable form of tourism that is beneficial to both the local economy and the marine environment. The programme works in the Philippines and has around 30 dive sites ranging from three-metre reefs to 60-metre wall in the town of Puerto Galera.

Whatever profits SFC makes, it pumps 50 percent of it to fund programmes that help prevent child exploitation. This is done in partnership with the NGO Stairway Foundation. Of the remaining, 10 percent is the share of local staff and 40 percent is earmarked for future sustainable growth in developing countries. SFC, which was created in 1998, aims to train and empower local staff in dive centres across the Philippines so that they can manage them on their own.

To date, Project AWARE Foundation has helped remove 1.8 million debris items from the oceans. The foundation is active in 182 countries and has been part of more than 2,17,000 conservation actions. Ocean protection is at the heart of the foundation, which is carried out by an ever-growing team of scuba divers and ocean advocates.

In the 28 years since its founding, Project AWARE has established operations in almost every ocean and sea around the world. Their Dive Against Debris map is one of the most crucial databases for ocean protection. It has details of all debris that has been tracked and removed by over 90,000 scuba divers since 2011. There is also information about locations of entangled animals and their types at debris recovery locations. The Action Map reveals locations of scheduled workshops and drives undertaken by the foundation.

Large Marine Vertebrates Project (LAMAVE) is an NGO based in the Philippines with an objective to protect and preserve marine megafauna such as manta rays and whale sharks in the country and across Southeast Asia. Science-based solutions are applied to conservation challenges and data is collected to build population bases of the marine animals. Methods involve tagging, camera deployment in deepwater shark habitats and creating management tools based on results obtained from research. Locals are trained and supported to become more involved in marine ecosystem conservation and knowledge of megafauna is passed on from one community to another creating a wider net of well-informed societies. Governments, tourists and businesses are as much part of this effort as locals.

LAMAVE, which started in 2010 as a marine mammal research expedition in the Bohol Sea, has a long list of achievements. It has over 20,000 hours of in-water research, trained more than 250 volunteers and scholars in scientific research methods and manages the national catalogue of three endangered species. To study marine animals, the organisation has laid the foundation of an open national acoustic network. LAMAVE has also conducted five Expedition Shark research missions to Tubbataha Reefs Natural Park.

The focus of Fins Attached is to protect the marine ecosystem through research, education and conservation activities. The project intends to particularly protect apex predators, especially sharks, which are in a position to keep the marine ecosystem balanced and healthy.

Fins Attached works in partnership with researchers and NGOs with a common goal. These include Mission Blue, Crema and The Sharkwater Team among others. They carry out research expeditions around the world all through the year. Donors can participate in some of the expeditions, which are spread across days and can be in the waters of places like Costa Rica and Cocos Islands.

Featured and hero images courtesy of Laya Clode via Unsplash