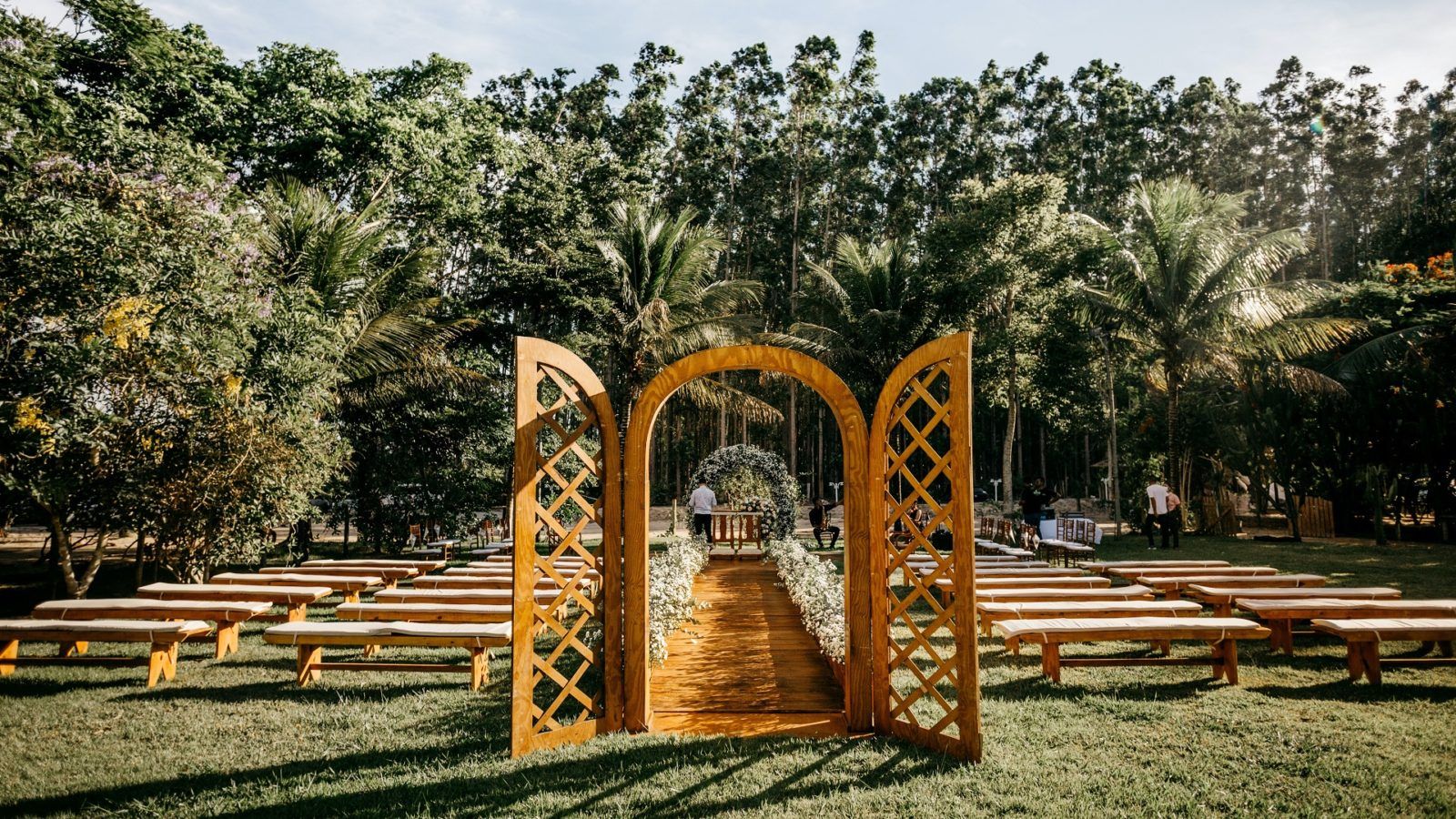 The world’s most sought-after wedding planners

Every couple wants their wedding day to be the best and the most memorable moment in their life and celebrities are no different. That’s why they hire the best in the industry to help plan their special day. With expertise, creativity and professionalism, these wedding planners help in bringing their renowned clients’ vision to life.

So, here is a look at some of the world’s most sought-after wedding planners who have been behind many headline-making nuptials.

You have to have an unparalleled reputation in your craft if the British royal family hires you to do something extremely important. So when it comes to event planning, Fait Accompli is their preferred planner. In 2011, the agency was responsible for the grand wedding of Prince William and Kate Middleton. Seven years later, the company was back doing what it does well by managing the spectacular wedding of Prince Harry and Meghan Markle. The agency was also behind the spell-binding reception of Pippa Middleton and James Matthews. When singer Ellie Goulding tied the knot with Caspar Jopling, Fait Accompli ensured that the day-long events make it a wedding to remember.

Founded by Camilla Monckton, the wedding planning agency has its offices in London and Luxembourg.

On May 30, 2021, Oren Co, the renowned Los Angeles-based event planning agency founded by Yifat Oren, re-grammed Ariana Grande’s wedding pictures indicating that the agency was behind the headline-making event. Grande walked down the aisle in a Vera Wang Haute creation to marry Dalton Gomez at her home in California, US. Though it was a “tiny and intimate” event, according to Grande, the photos give a glimpse of an unmistakable poetic charm fit for a romantic moment.

Yifat Oren is known for her attention to detail, creativity and execution. She once pulled off an extremely difficult feat of getting a skywriter to fly at the exact time as desired by the groom in the middle of a ceremony. She has been involved in the planning of weddings and other events for many Hollywood A-listers including Cameron Diaz, Natalie Portman, Anne Hathaway, Drew Barrymore, Reese Witherspoon, Hillary Duff and Adam Levine.

The agency also has an office in New York.

An event, especially a wedding, gets a majestic theatrical touch when Preston Bailey is involved. Each design appears like an enchanting corner from a fantasy wonderland, created by a sophisticated mix of lights, flowers, colours, furnishings and technology which reflects a high point of artistic genius.

Bailey opened his design studio in 1980 and has since steadily climbed to the top league of event planners around the world. He was the set designer for the wedding of Serena Williams and Alexis Ohanian as well as the extravagant weddings of Lebron James to Savannah Brinson and Sean Parker to Alexandra Lenas. Among his other clients are Oprah Winfrey, Mariah Carey, Catherine Zeta-Jones and Michael Douglas.

Apart from weddings and other events, Bailey and his team are also internationally famous for art installations and have hosted exhibits in cities such as New York, Hong Kong, London and Jakarta among others.

The list of celebrity clients who have witnessed Mindy Weiss‘ talent in crafting an unforgettable wedding day is fairly long. But just to cite some names, we have Justin Bieber and Hailey, Fergie and Josh Duhamel, Ciara and Russell Wilson, Heidi Klum and Tom Kaulitz, Nicole Richie and Joel Madden, and Ellen DeGeneres and Portia de Rossi.

Weiss makes the events lavish in any kind of setting and nothing appears to be impossible for her. Dinner for 100 people on a single table; a huge tent with palatial interiors; a birthday party where balloons are suspended mid-air over an infinity pool; destination wedding at Lake Como; exchanging “I dos” at Miramar Beach —Weiss has arranged it all.

Rafanelli is famous in the US for his close professional connection to the First families. His agency, Rafanelli Events, was behind the White House holiday décor in 2015 and 2016 besides many of former President Barack Obama’s events and State Dinners.

His firm was involved in the wedding of Chelsea Clinton, the daughter of former US President Bill Clinton and former US Secretary of State Hillary Clinton, to Marc Mezvinsky. Another prominent wedding that was planned by Rafanelli was of actress Allison Williams.

Besides celebrities and politicians, Rafanelli’s clients include NGOs and Fortune 500 companies who entrust the firm for its assistance in planning their most important events. The firm is known for its tailored approach to every event and presents plans according to what the client has envisioned. Rafanelli takes pride in his meticulous planning.

Remember the wedding of Priyanka Chopra Jonas and Nick Jonas? It was somewhat of a royal occasion in India with the majestic Umaid Bhawan Palace in Jodhpur serving as the ideal venue for the headline-grabbing event. Motwane Entertainment & Weddings was behind managing the grand affair. The agency planned and executed the event as per the vision of the celebrity power couple.

The firm also planned the Hyderabad wedding of Arpita Khan Sharma, who is Bollywood superstar Salman Khan’s sister, to Aayush Sharma. It also organises weddings in world-famous tourist destinations such as Marrakesh in Morocco.

Colin Cowie has been in this business for over two decades. During this period he has built a stellar reputation as one of the most creative event planners in the world. For his clients, Cowie and his agency, Colin Cowie Lifestyle, can create just about anything — no matter the scale of the event. The American event planning firm extends its service across the world and has already organised destination weddings in places such as Castello Di Vincigliata in Tuscany, Italy; Ashford Castle in Ireland; Jaigarh Fort in Jaipur, India; and Boschendal Vineyard in South Africa among others.

Cowie’s clients are some of the biggest names from the entertainment world, including Oprah Winfrey, Jennifer Aniston, Jennifer Lopez and Kim Kardashian.

His agency’s most recent event is something worth a mention. For City Harvest in New York City, Colin Cowie Lifestyle created a slice of the hit Netflix show Bridgerton on the rooftop of the Rockefeller Center. Everything from the tables to the dresses of the musicians was based on the period drama, with the St. Patrick’s Cathedral serving as the perfect backdrop.

While Preston Bailey was the man behind the attractive decor at the wedding of Serena Williams and Alexis, it was Zabinsky who managed the planning. For that wedding, she sat with Williams to understand the tennis legend’s vision. Due to Williams’ love for Disney, Zabinsky accordingly came up with the Beauty and the Beast theme.

The luxury wedding planner is known to always bring in a personal touch to the events she plans. Her firm JZ Events organises everything from milestone celebrations to destination weddings. It was also the planner of Meghan Markle’s baby shower.

Preston Bailey Wedding planners Content Hub Wedding decor Fait Accompli Yifat Oren Mindy Weiss Colin Cowie
Manas Sen Gupta
Manas enjoys reading detective fiction and writing about anything that interests him. When not doing either of the two, he checks Instagram for the latest posts by travellers. Winter is his favourite season and he can happily eat a bowl of noodles any time of the day.
Travel Culture Entertainment Food
Sign up for our newsletters to have the latest stories delivered straight to your inbox every week.

Christina Devine on breaking the rules of traditional bridal wear