Home > What's On > Slurp it up: Cup Noodles Museum opens in Hong Kong 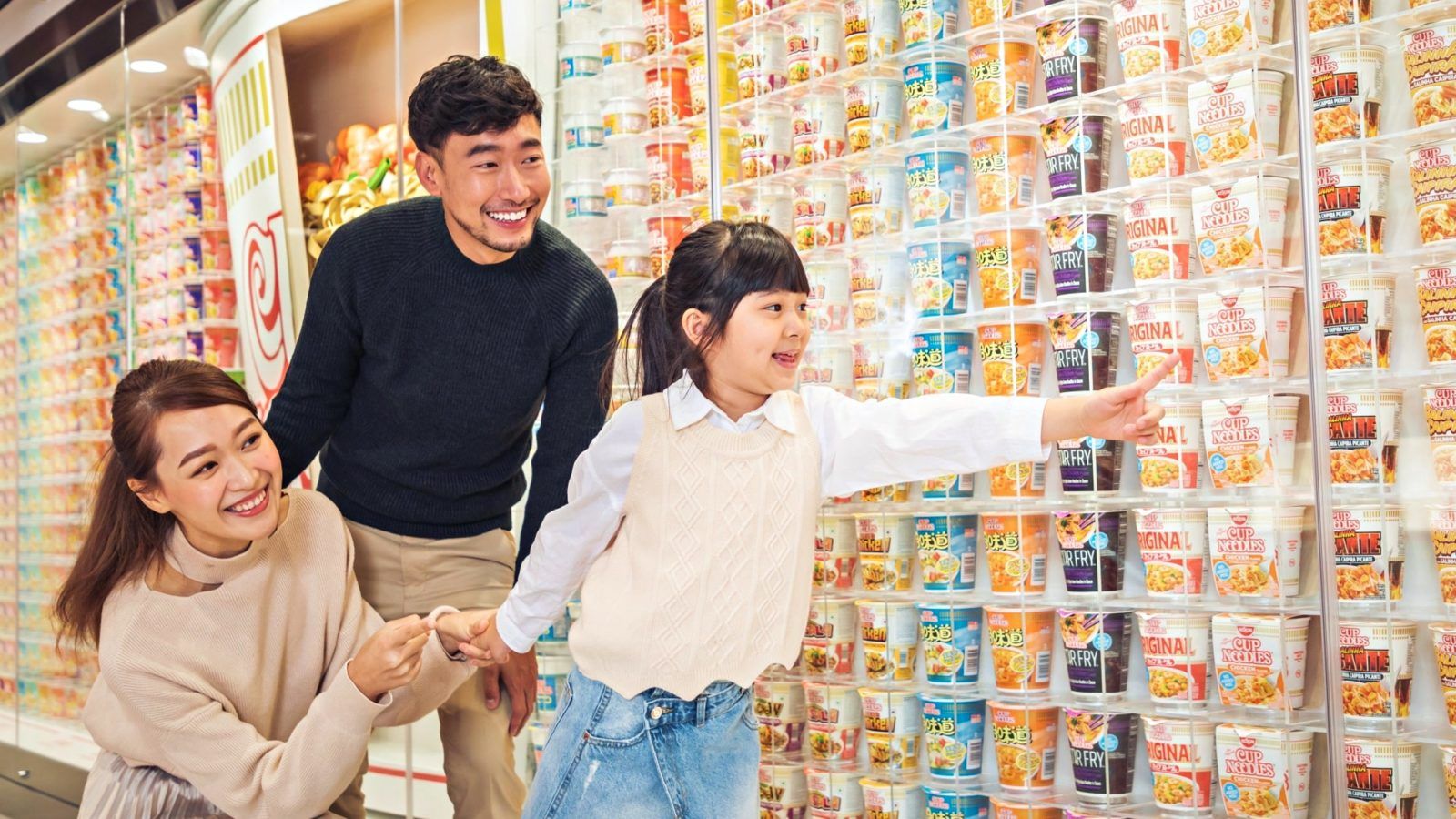 What's On
Slurp it up: Cup Noodles Museum opens in Hong Kong
Share this article
Next article

The quick three minutes it takes to prepare an instant cup noodle belies the pantry staple’s decades-long history. Hong Kong’s newest Cup Noodles Museum, a transplant from Japan, is an interactive tribute to your old college meal of choice.

Those familiar with celebrity chef David Chang’s portfolio will recognise the name ‘Momofuku‘; its connection to noodles extend well beyond Chang’s culinary universe, however. Momofuku Ando — the man of the hour at Cup Noodles Museum as the founder of Nissin Foods and inventor of Chicken Ramen — is widely recognised as the ‘father of instant ramen’.

A true testament to the often-uttered ‘Necessity is the mother of invention’, Ando’s idea for instant ramen came from his experience meandering through post-war Japan; a country ravaged by food scarcity. “Peace will come to the world when the people have enough to eat,” he said, according to Nissin. His first invention, the Chicken ramen, forever changed the way food is consumed. His second — and, perhaps, most lauded — invention, CUPNOODLES, commits to ‘convenience’ as a means to an end. His third, Space Ramen, was a personal dream come true; the final frontier, conquered by a compact package of flash-dried noodle.

The three workshops at Cup Noodles Museum are segmented into different partitions within the 10,000-square-foot space. Participants are allowed to create their own original CUPNOODLE, choosing between four soups and twelve toppings at ‘My CUPNOODLES Factory‘ (HK$60 for 30 minutes); kneed, steam, season and flash-dry their own ramen noodles from scratch at ‘Demae Icco Factory‘ (HK$120 for 90 minutes); and deep-dive into personalising a newer Nissin foodstuff, granola, at ‘My Granola Factory‘ (HK$60 for 30 minutes).

Ramen things to do in hong kong momofuku momofuku ando cup noodles museum hong kong
You might also like ...
What's On
Things to do in Hong Kong this April 2021
Food & Drink
Where to go for afternoon tea this long Easter weekend
Joey Wong
Editor
Retired Tumblr girl Joey has written her way through fashion trends, youth culture and luxury retail in New York and Hong Kong. Beyond internet adventures tracking down the perfect vintage find, you can probably catch her tufting rugs, swigging back Bloody Marys — her third, probably — and making fastidious spreadsheets about her Animal Crossing island.
Style Fashion Beauty Culture Hong Kong
Sign up for our newsletters to have the latest stories delivered straight to your inbox every week.