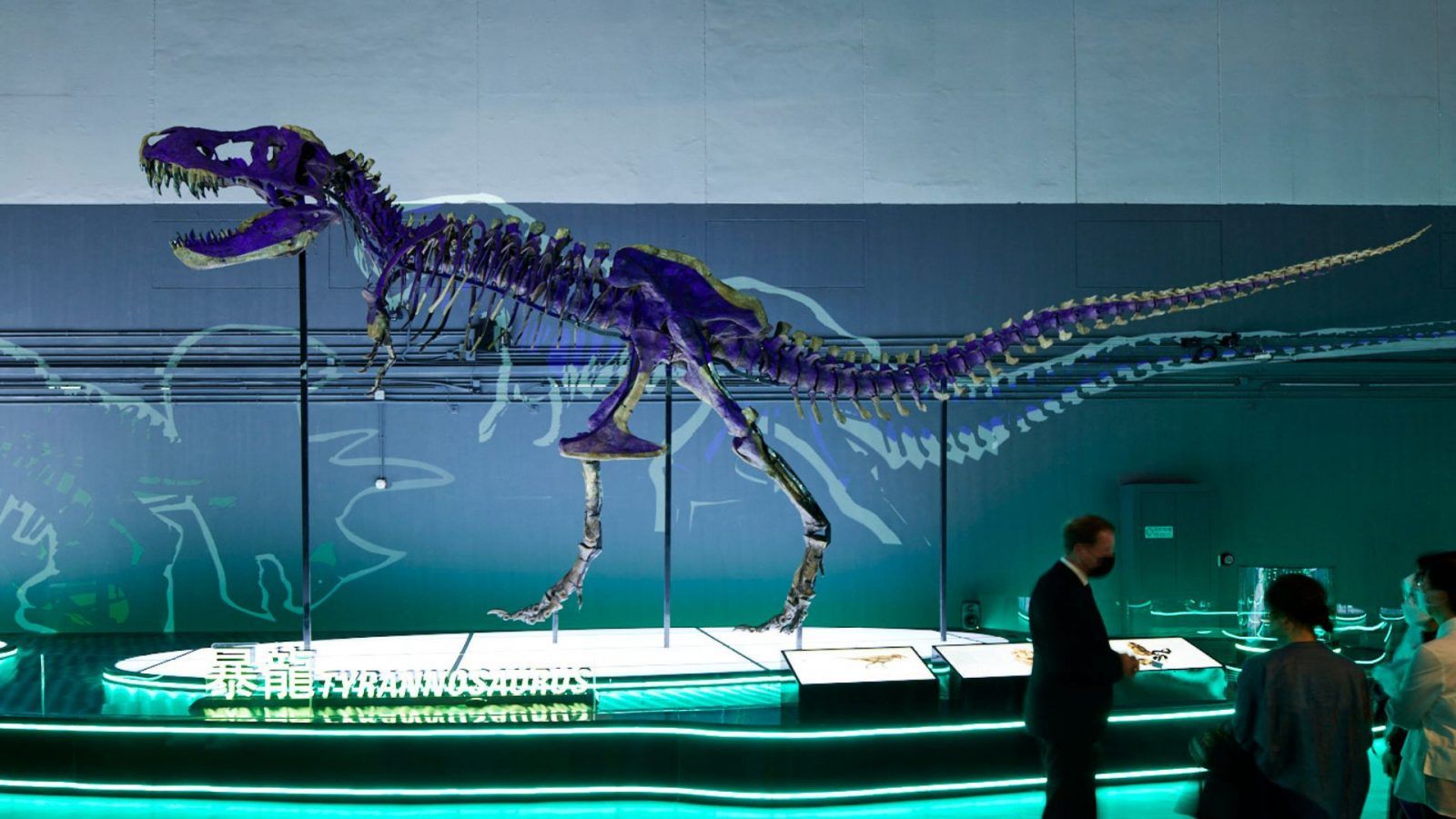 First Initiative Foundation and the Leisure and Cultural Services Department (LCSD) have teamed up for a a massive dinosaur exhibition 65 million years in the making.

First, tell me this: Have you ever dreamed of a career in paleontology? Can you tell an Allosaur from a Tyrannosaur? Do the opening notes of John Williams’ “Theme from Jurassic Park” get you misty-eyed? Or hey, maybe you’ve just got kids. Either way, you’re never too old or too cool to love dinosaurs; they’re relics of history, they make our world a little more magical of a place to be, and some of them are huge, really huge — a sight to behold. It’s the beholding part, unfortunately, that can prove rather difficult. Their fossilized remains are scattered across the globe, in museums, in private collections, and yeah, in pieces all over, and under, the ground. And travel? Well. It’s Hong Kong, 2022. *long stare*

Enter First Initiative Foundation (FIF) and its Chairman Michelle Ong, who has a way of making magic happen — even in Hong Kong, 2022. Ong dropped her first dino surprise on the city in 2018 — a 12-metre-long T. Rex skeleton at Central’s IFC Mall. Bringing “TAD” (The American Dragon) all the way to the other side of the world was no easy feat, but seemingly, Ong isn’t much interested in what’s easy. She’s convinced collectors, gallerists and curators around the globe to lend our city their treasures, such the Uffizi Gallery’s collection of Sandro Botticelli Renaissance masterworks at the HKMoA. What to do for an encore, then? How about eight — yes, eight — of the world’s most complete dinosaur skeletons on display right here at the Hong Kong Science Museum?

From July onward, you and the biggest Mesozoic-heads you know can check out “The Hong Kong Jockey Club Series: The Big Eight — Dinosaur Revelation”, featuring eight of our long-extinct thunder lizard friends, shipped from around the globe and assembled here in Hong Kong for the first time. The gang’s all here: Tyrannosaurus, Triceratops, Spinosaurus, Allosaurus, Hesperosaurus, Diplodocus, Hatzegopteryx and a baby sauropod — with some of these skeletons making their world premiere, so, yeah, it’s something special.

A few highlights worth mentioning:

In addition to the dinos on display, there’s plenty more for little ones (and big ones) to explore and discover, from the “Dino Lab” that shows how fossils are found and what we can learn from them, to dino sleepover programmes and dino yoga and interactive displays that put into perspective just how massive — in size and stature — these creatures are. There are even lessons from our shared global history that we can take away ourselves, and with a little luck, keep our own species up from ending up like Victoria and Willard here.

“The Hong Kong Jockey Club Series: The Big Eight – Dinosaur Revelation” is on display now at the Hong Kong Science Museum (closed Thursdays). Check out some photos from the exhibition below and book your visit here.

Nathan Erickson
Editor-in-Chief
Made in Seoul and based in Hong Kong, Nathan has covered food, fashion and music from New York to Paris to Oaxaca. He enjoys street photography, buying too many hooded sweatshirts and he'll never turn down a tequila soda. Catch him on weekends hiking trails all over Hong Kong in hopes of finding his idol, Chow Yun-fat.
Sign up for our newsletters to have the latest stories delivered straight to your inbox every week.

Hong Kong Palace Museum is open: Here’s everything you need to know

M+ museum is now open: Here’s what you should know before visiting

Pushing through the fifth wave: How 3 Hong Kong artists have changed with the pandemic