Home > What's On > Disney+ is coming to Hong Kong. Here’s everything you need to know 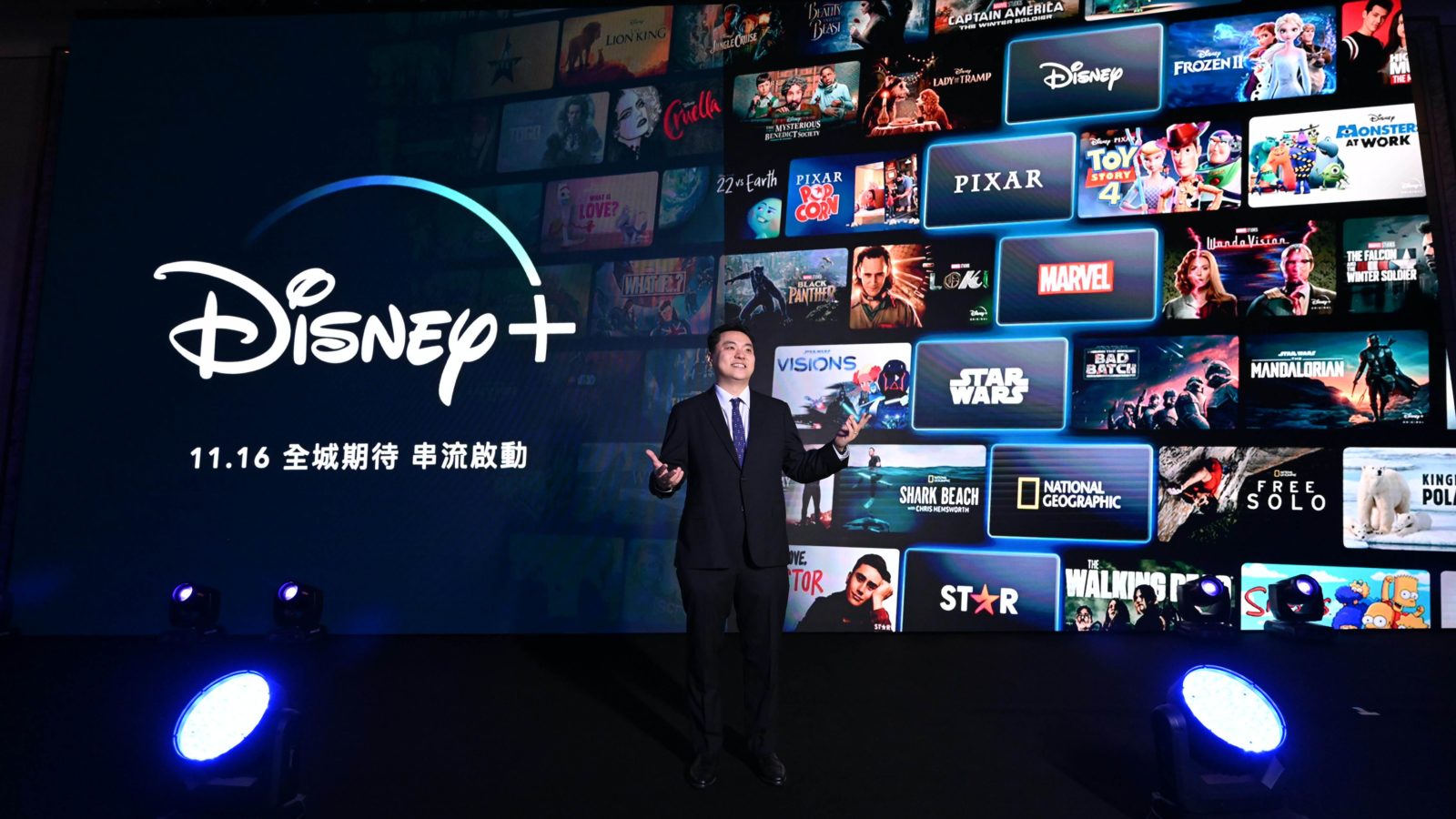 What's On
Disney+ is coming to Hong Kong. Here’s everything you need to know
Share this article
Next article

Okay so you’ve wished upon many, many stars with your eyes squeezed shut and fingers crossed. It worked! Disney+ is coming to Hong Kong. All 1,200 titles. 16 November!

Mercury may still be in retrograde –– huge oof to Facebook, Instagram and WhatsApp –– but it looks like dreams do come true. If you missed previous news of the streaming platform’s imminent arrival, it’s set for the 16th of November. Mark it down. Now find out all the shows to bookmark ahead of your eventual subscription.

So you already know a subscription will grant you access to all programmes and movie under the Disney, Pixar, Marvel, Star Wars, National Geographic and Star –– content which Disney+ refers to as “general entertainment” from ABC, 21st Century Fox and ESPN (Similar to those streaming on Hulu) subset. But it will also include some exclusive and much anticipated Disney+ Originals.

Original and remakes of timeless Disney favourites — Maleficent, The Little Mermaid, Beauty and the Beast — and brand new releases, including Cruella.

Classic Pixar Originals like Coco, Inside Out, Wall-E, Finding Nemo and Toy Story and theatrical shorts like Academy Award-winning Bao all present!

The entire nine films from the Star Wars trilogies starting from 1977 to 2021, as well as recent spinoffs.

Over 1,600 episodes of features and stunning docu-series including the Oscar-winning Free Solo.

These are blockbuster hits and televisions series you already know and love, and won’t mind going back and watching again: Avatar, Deadpool, all 32 seasons of The Simpsons. Stream anything from comedies to dramas to thrillers, including the latest final season of The Walking Dead. Also, plenty of Hong Kong, Taiwanese and Korean films.

Subscription plans will begin at a reasonable HK$73 per month and HK$738 yearly. Programmes will vary depending on your location and can be shared across 10 screens with seven profiles, including a new ‘Group Watch’ feature that will host viewing parties with all included profiles under the same subscription. Disney+ will be compatible with all shapes and sizes of screens from Smart TV, tablets and gaming console, streaming in 4K high definition.

It’ll be the best treat for someone special (like yourself!) this coming holiday season. In the meantime, transform living rooms into the cosiest den you’ve ever laid your eyes upon. Sofa pillow plumped, surround system set and heaps and heaps of microwave popcorn. You’re gonna be stuck here for a while…

Disney Plus Hong Kong arrives on 16 November. Sign up for updates here.

Disney Disney Plus Hong Kong Disney+
You might also like ...
What's On
Disney+ will launch in Hong Kong on 16 November
Style
Why the Louis Vuitton Capucines handbag is a perfect fit for Disney’s live-action Cruella
Culture
Here’s what to watch this October on Netflix Hong Kong
Culture
9 travel documentaries on Netflix to tide you over until your next adventure
Lorria Sahmet
Editor
After two years of covering luxury retail, Lorria is thrilled to be writing in fashion, food and lifestyle here at Lifestyle Asia. When not roaming around garden centres hauling back new plants for her indoor jungle, find her hunting down the best fries in the city. She's happiest by the ocean with a fishbowl glass of ice-cold Aperol spritz.
Style Jewellery Wellness Food