Our brands
Home > What's On
What's On 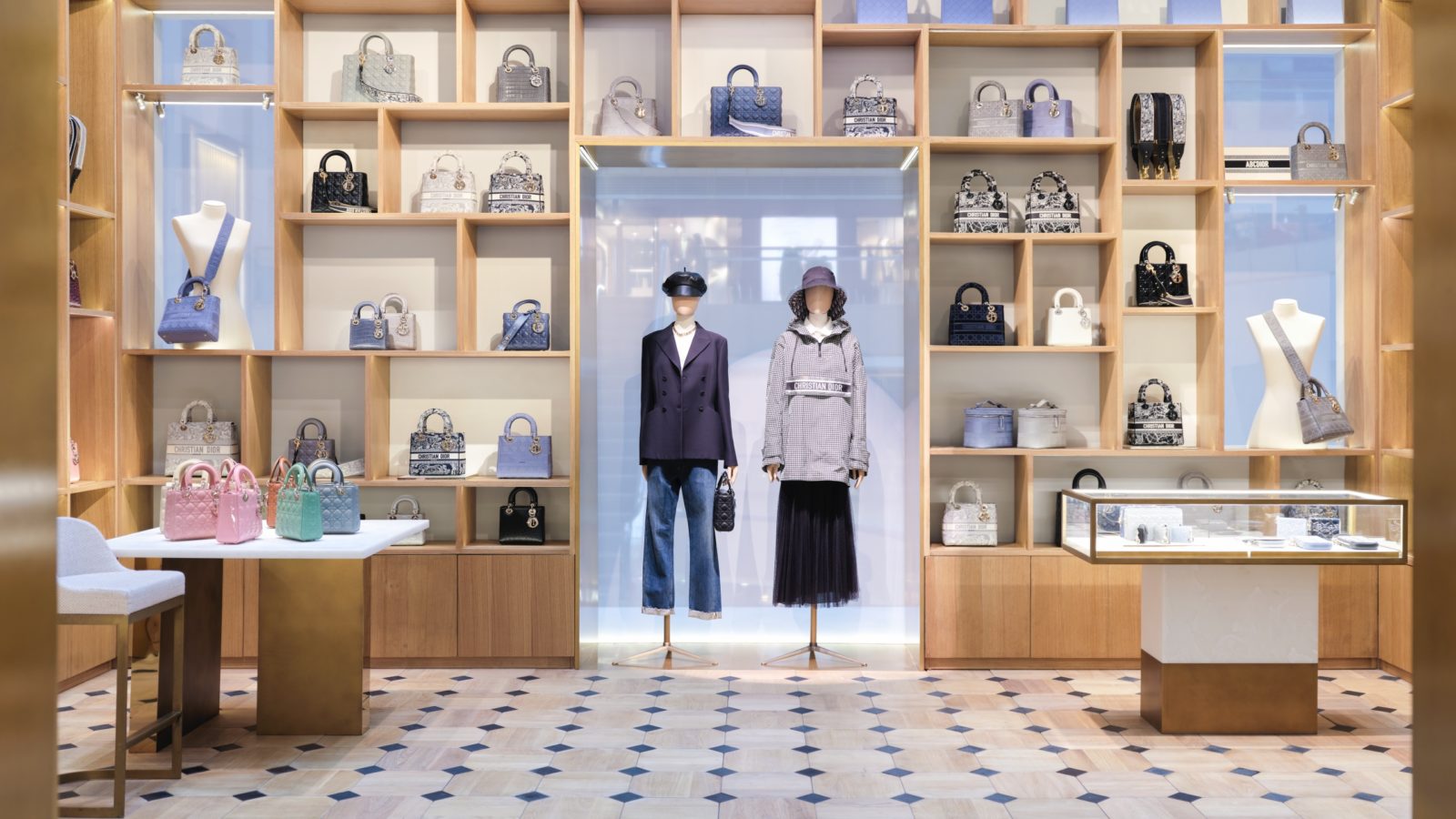 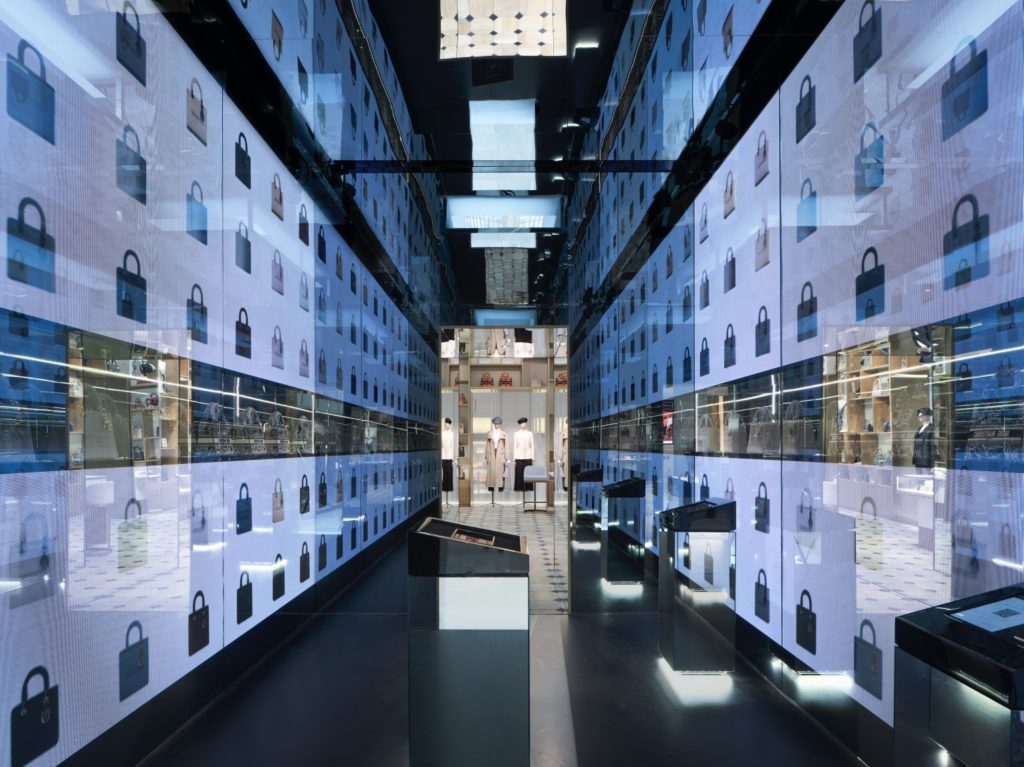 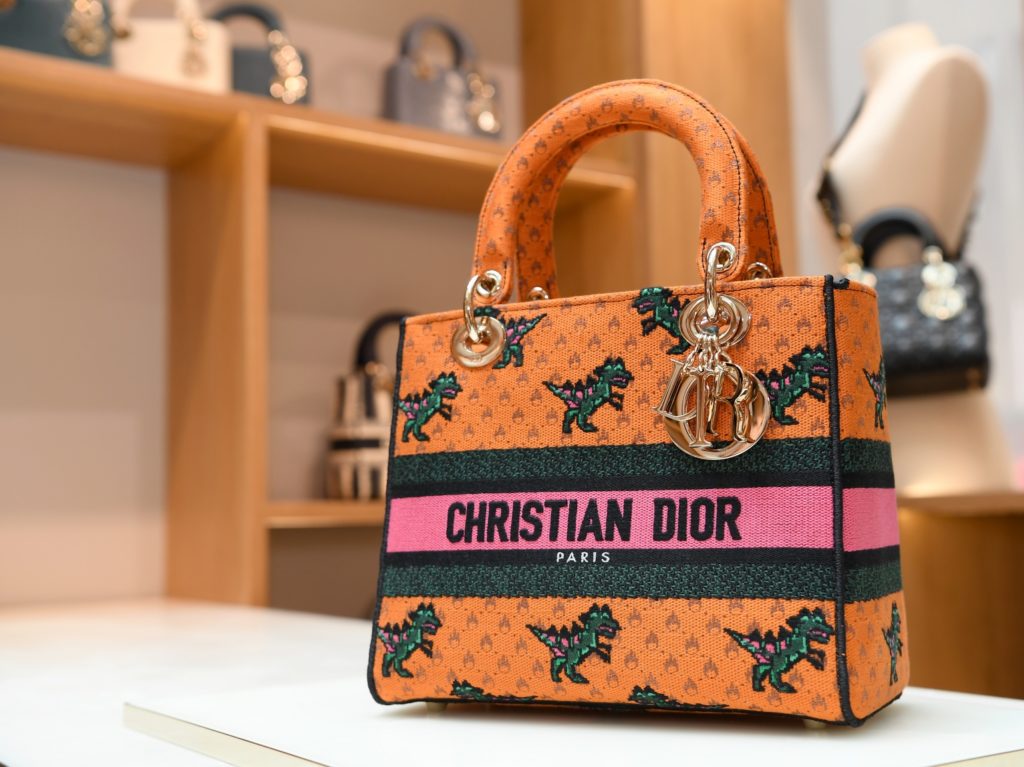 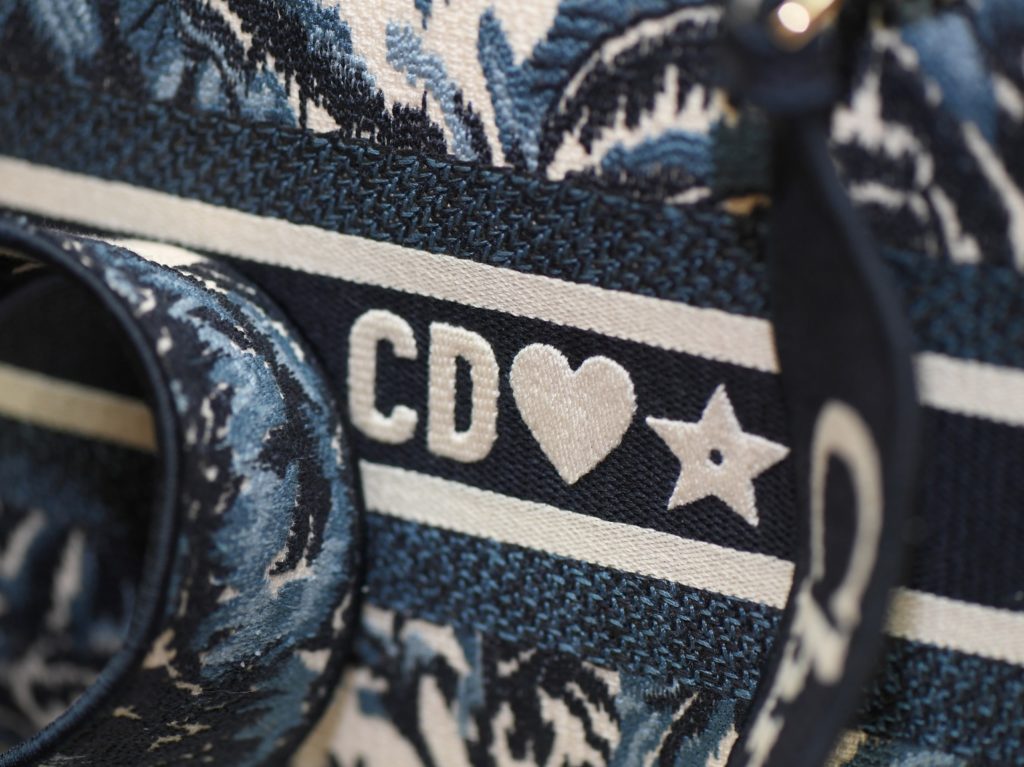 Exclusive personalisation options at the Landmark Atrium pop-up include a heart, a star and a clover. 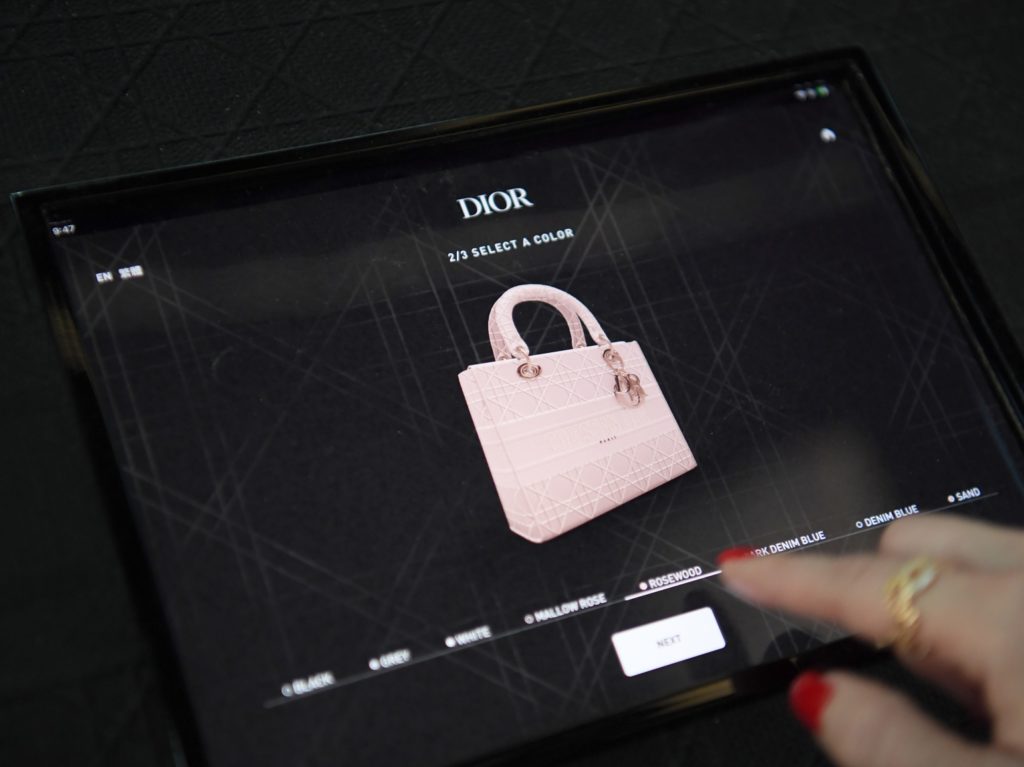 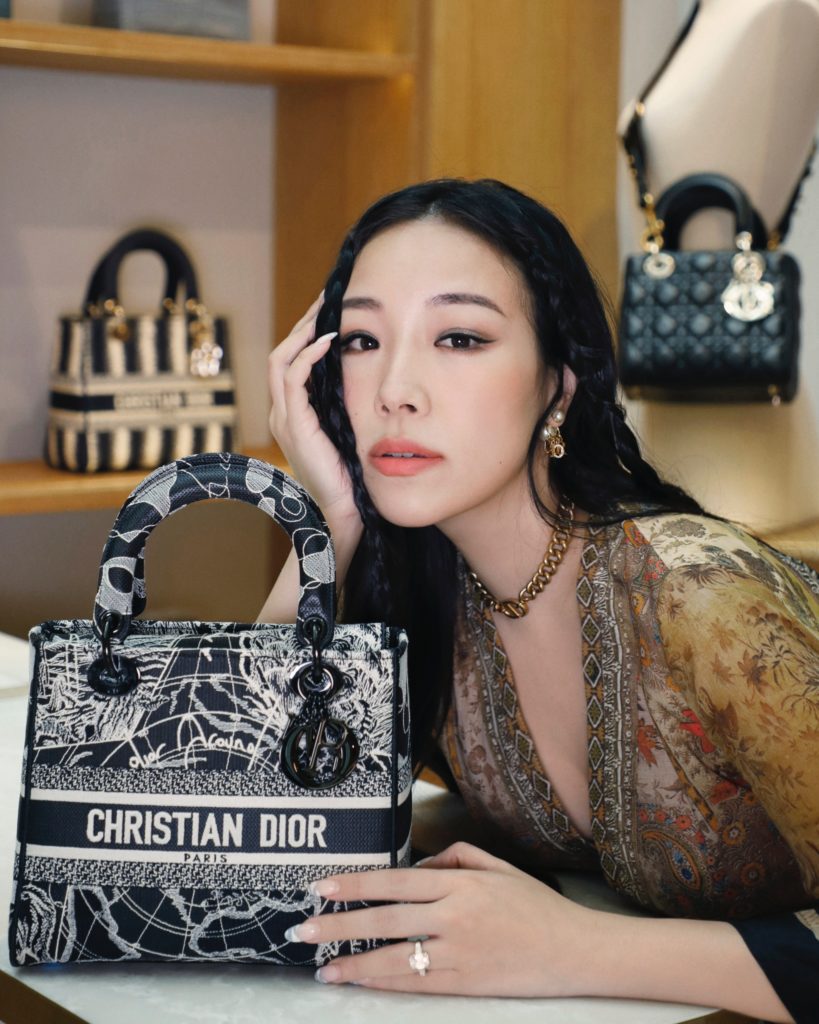 Influencer appearances include Feiping Chang; pictured with the pop-up exclusive 'Around The World' Lady Dior. 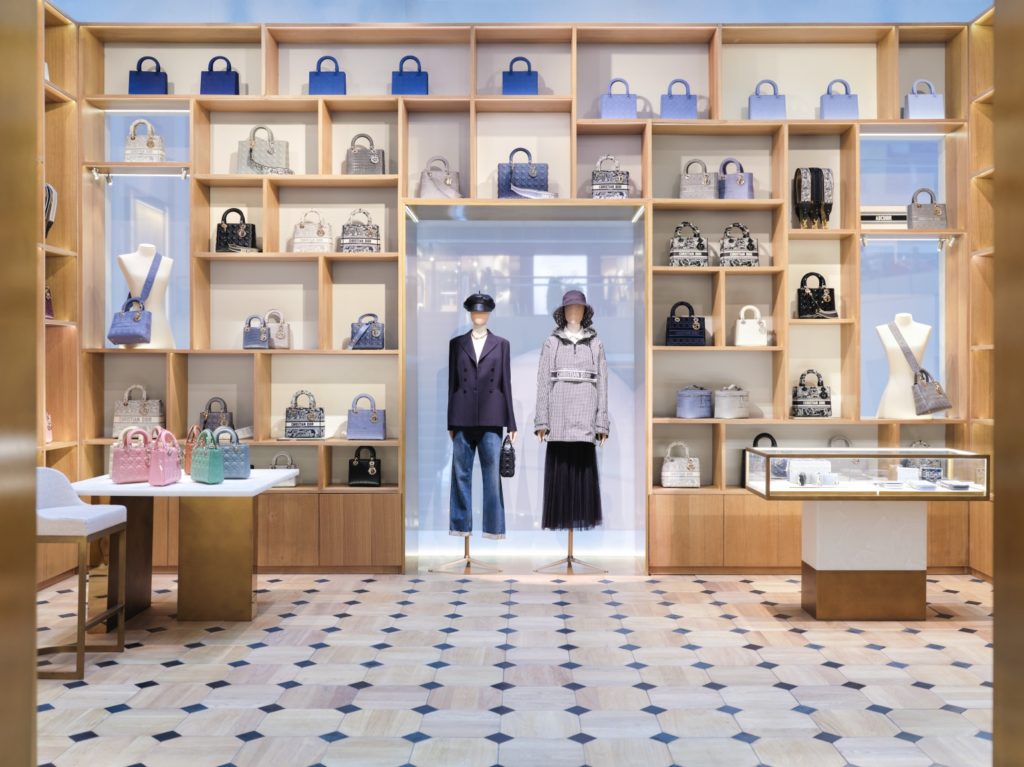 The pop-up takes up space in the centre of Landmark Atrium, Hong Kong. 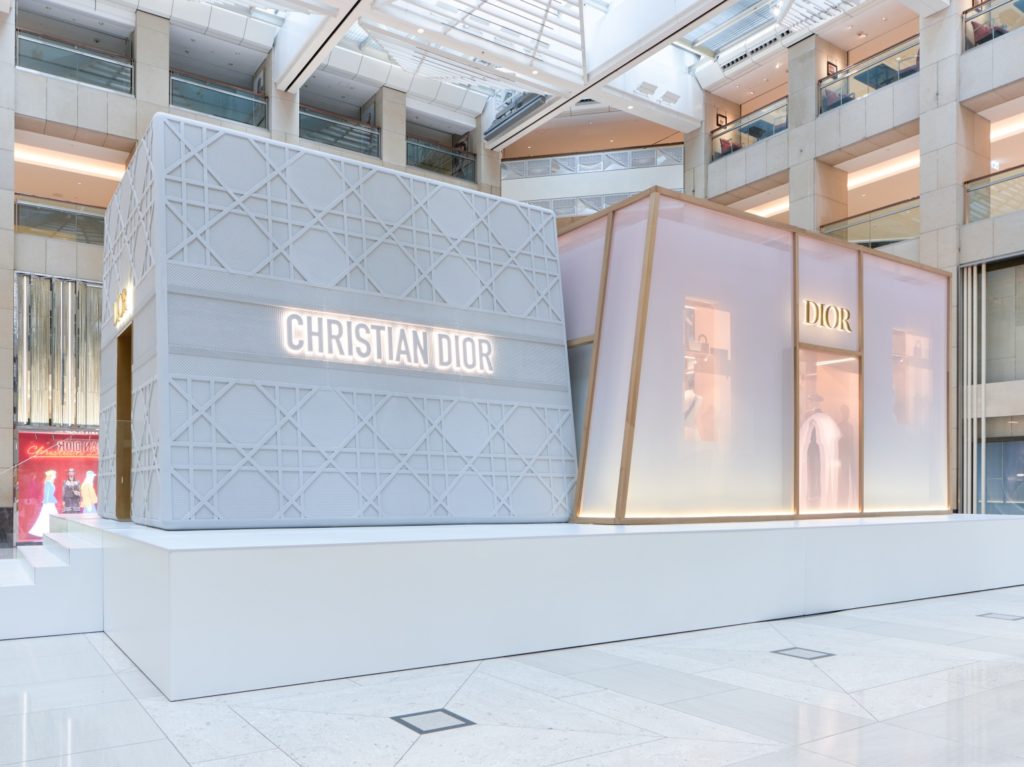 The pop-up's scenography was designed to emulate the shape of a Lady D-Lite handbag — XXL-sized. 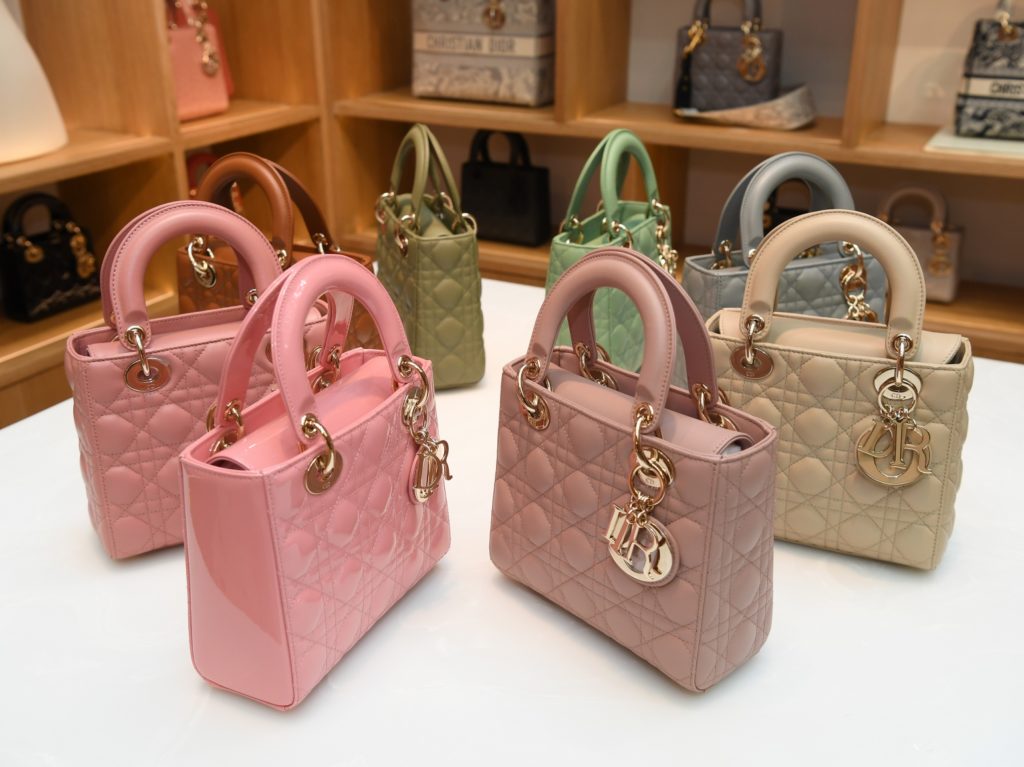 The various different colourways of the Lady Dior handbags. 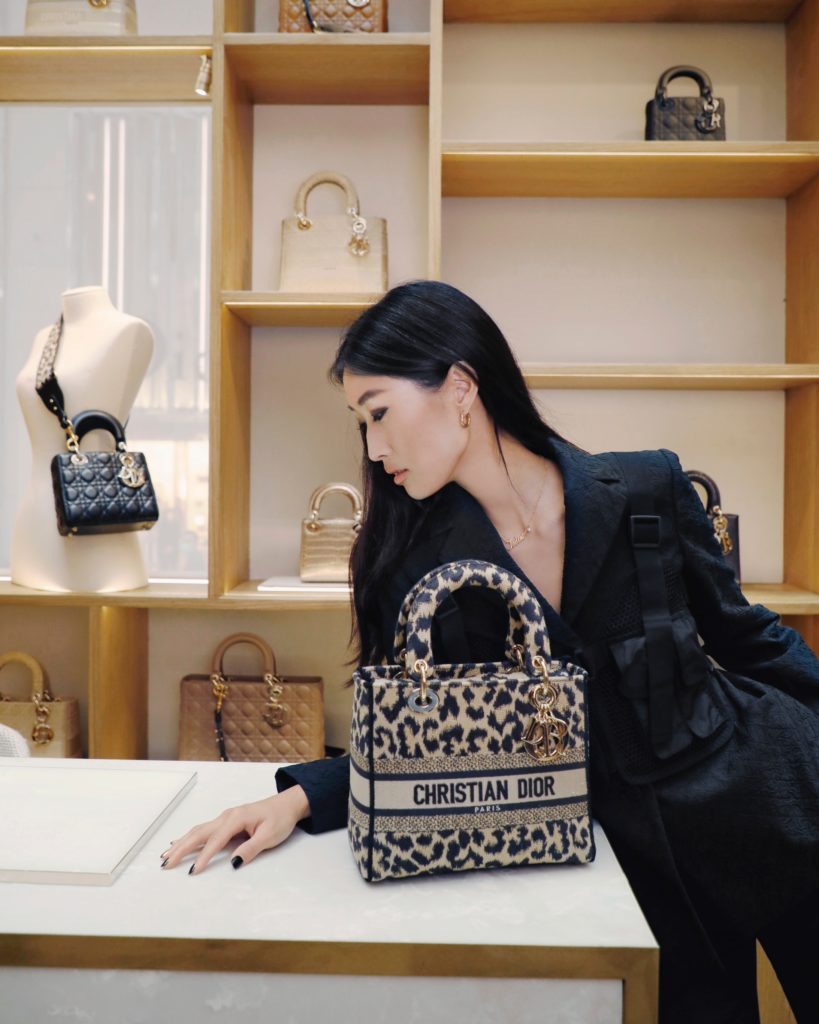 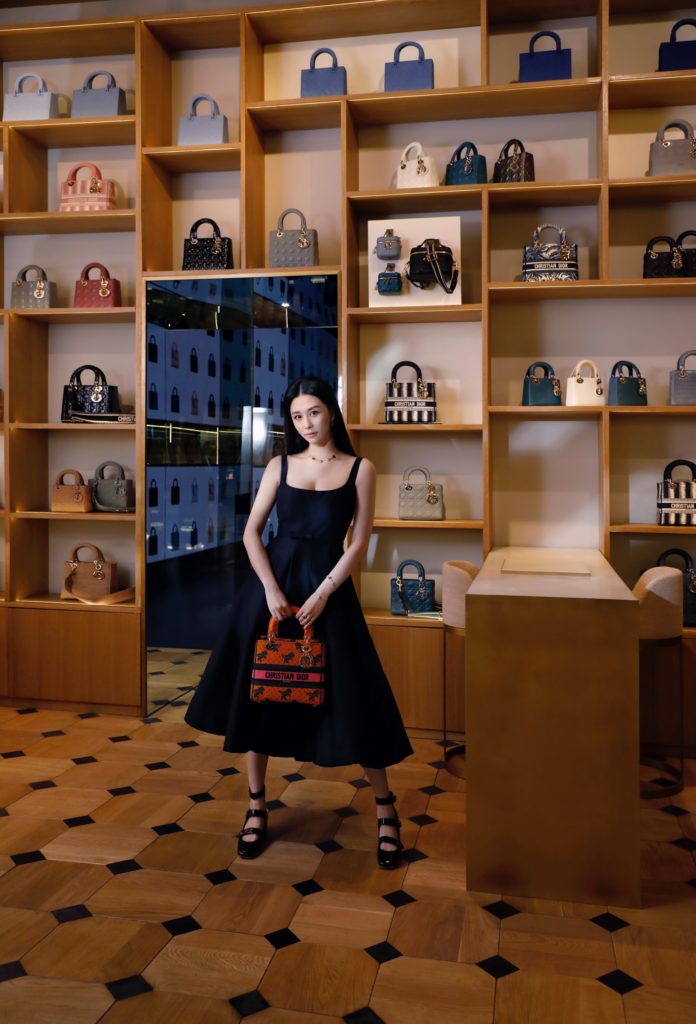 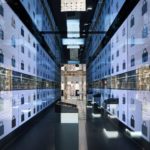 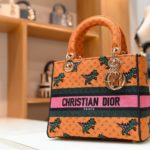 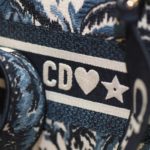 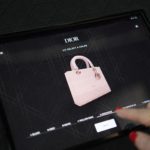 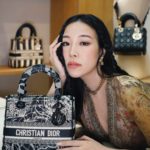 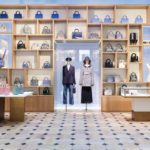 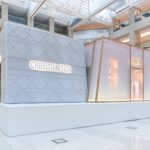 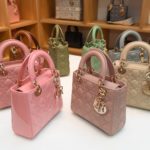 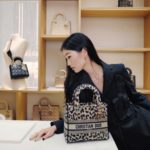 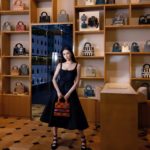 The Lady Dior was conceived over a quarter of a century ago. Today, it remains one of the Maison’s most enduring designs.

The architectural, top-handle handbag is Princess Diana’s handbag of choice; so much so the Lady Dior is named in her honour. Standing front and centre across from Dior’s Landmark brick-and-mortar in the heart of Hong Kong’s financial district, this Lady Dior pop-up is a grand celebration of a true chameleonic design. For despite its presence and existence as a handbag steeped in historical heft, the Lady Dior is, too, a style unafraid of change.

The past continues to exist via Lady Dior‘s signature Cannage quilting that harks back to the original stitching on the chairs — allegedly, Napoleon III’s — that used to populate Dior’s runway shows; that’s a House code that is unlikely to budge from the Maison’s repertoire. In fact, the very same stitching is threaded, still, through the newer Dior Caro crossbody. The future is represented through the many variations exhibited in a museum-like formation at the pop-up, cast in gradient lambskin leather, rendered from embroidered Lady D-Lite canvas and accessorised with pretty, interchangeable charms.

Unique to the pop-up is a Lady D-Lite handbag monochromatically rendered in the Maison’s ‘Dior Around the World’ canvas with shiny-matte black hardware and charms. For those itching to see their name emblazoned across their very own Lady D-Lite, on-site is an ABCDior personalisation service boasting three choices of symbols exclusive to the pop-up including a heart, a star and a clover.

My Impact: The homegrown app that tracks the efforts you make to reduce single-use plastic

Neighbourhood guide: Where to eat and things to do in Wan Chai’s Star Street Precinct