Home > What's On > Thanks Taobao! 7 weird and wonderful finds this January 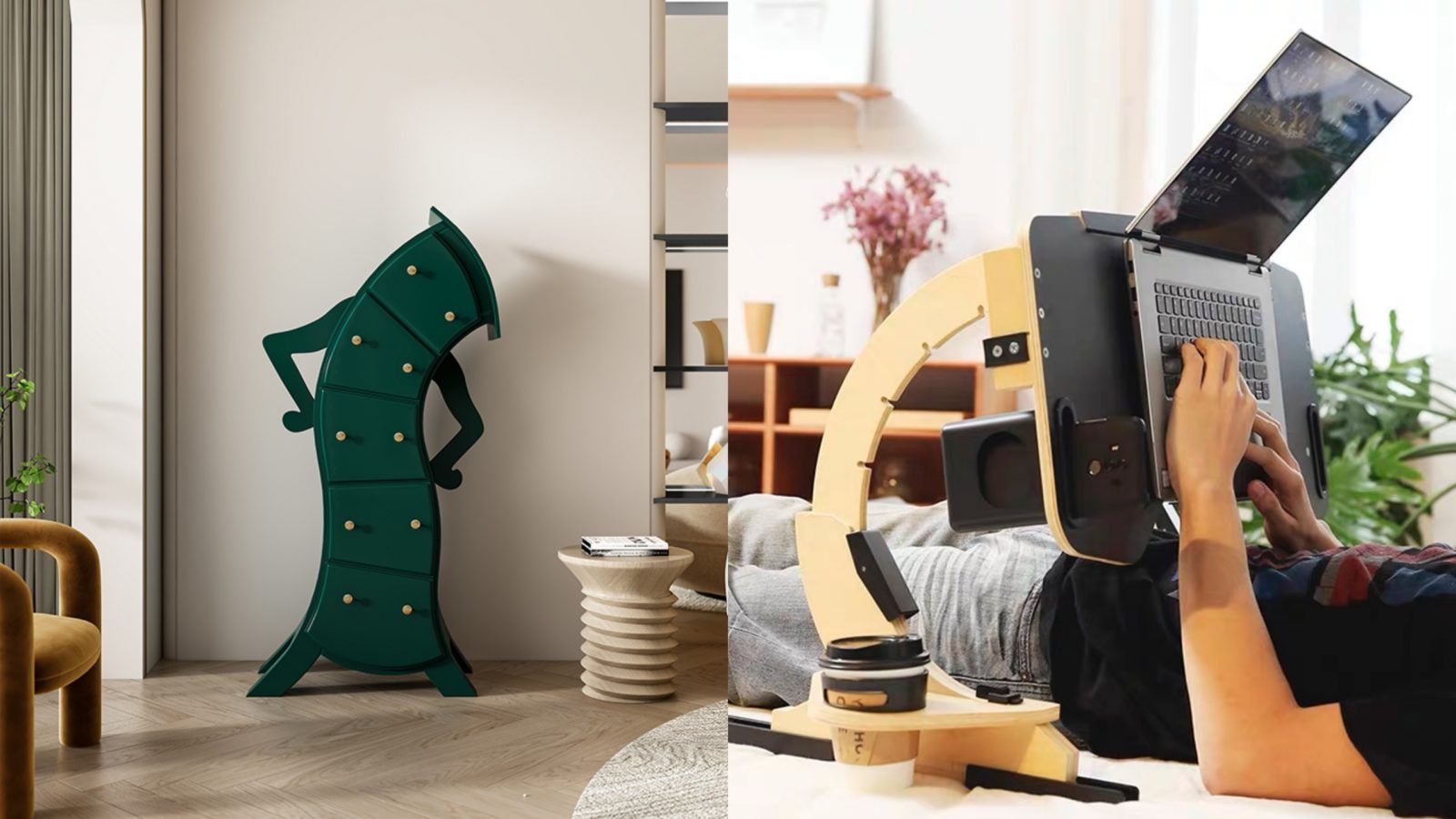 Thanks Taobao! 7 weird and wonderful finds this January

What's On
Thanks Taobao! 7 weird and wonderful finds this January
Share this article
Next article

Taobao is a magical, mysterious, utterly unknowable place. It’s a place where beautiful (and affordable) furniture exists! A place you can purchase clothes and bags and toys to your heart’s content — and then some. But it’s also a place that posits questions. Who needs this? Who would want this? Who is buying this?

For anyone that’s not in my immediate circle of friends (or not, I’ve been blabbing): I am moving. I am in the market for sinks, for toilet bowls and for L-shaped couches that, crucially, feels Better Than A Bed. If you know you know. If you’re someone who hasn’t shopped for these things before, count yourself lucky — and start saving up. Do you know how much a free-standing bathtub costs? Too much. Way too much.

Taobao, then, became my primary hunting ground as funds began dwindling — and as I began my hunt for a bed frame that fits my mattress, my bedroom and my budget (hopefully, all three). And these weird, wacky, wonderful finds? Just entertaining meet-cutes along the way — with a few, I’ll admit, might even be tempting enough to buy.

You may also like…
What’s On
Where to buy board games in Hong Kong
Style
Can’t Feel My Face: 10 TikTok-approved balaclavas to buy this winter 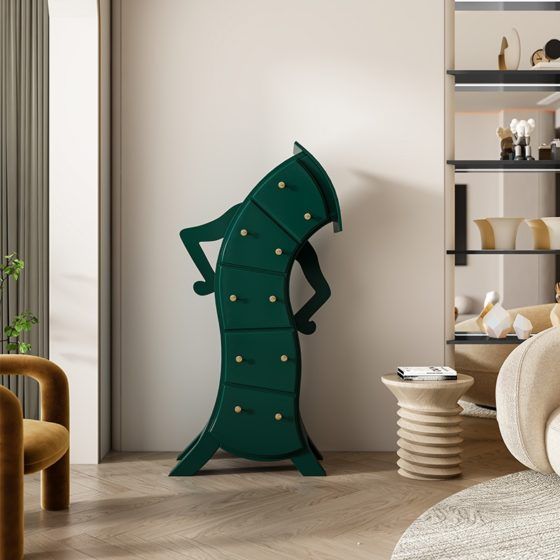 A Disapproving Chest of Drawers

We all have our vices. Mine? Little black tops that will appear indistinguishable to anyone that isn’t me. But I am me, so I need all thirty-six barely different, impossible-to-find-in-any-drawer designs. The hands-on-hips disapproval emanating from this extremely animated inanimate object might just make me hold off on yet another “But it’s so different, she pleads” purchase. Probably not, though. 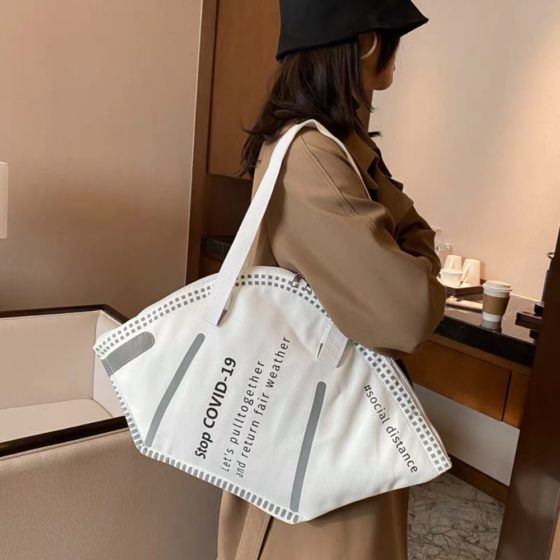 KN95, But Make It Fashion

While you’re experiencing dread like you’ve never felt before and are just quietly trying your best, trudging along, hoping to drag your feet through the worst of this thing they’re calling “pandemic fatigue”, others — Taylor Swift, we see you — find only endless inspiration. Jealous.

If the mask muzzling your face isn’t an everyday reminder we’re currently living through the worst timeline yet, maybe this bag will. 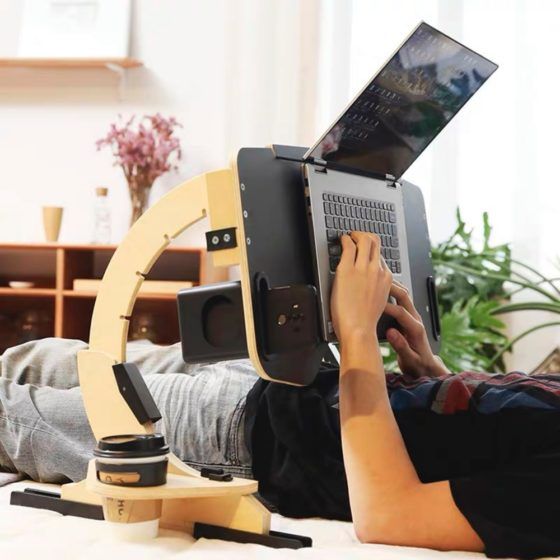 You know those funny glasses with the built-in mirror prisms that refract just enough so you can read or scroll or do whatever it is you could be doing sitting up, but lying down instead? This is the Bowser version of that. All things considered, this upgraded laptop stand really does set you up to succeed. Cup slot, check. Phone slot, check. A second phone slot, check. All you need is a fluffy blanket to successfully send you off to dreamland. We won’t tell your boss. 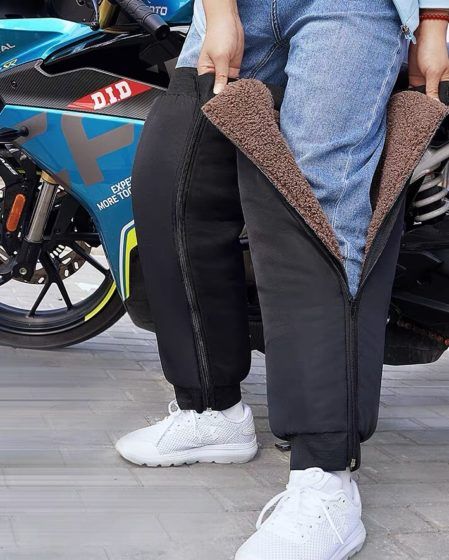 Part of A Pair of Sweatpants

There might be some specified, technical use to these legwarmers. Protective gear for long-distance motorcyclists, maybe? Winter-wear for those with a lower-than-normal lower-body temp affliction, perhaps? Objectively, though, these are ridiculous. They’re three-fourths of a pair of sweatpants! They’re like painters’ sleeves, but for legs! You’re being bamboozled! But what do I know. 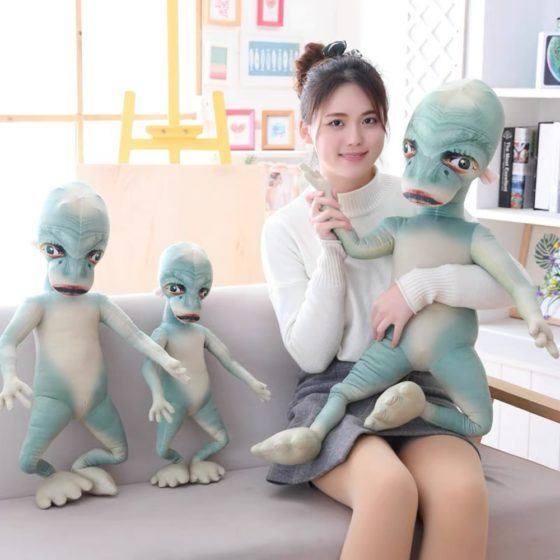 Then, there’s this. In case you’re not prone to nightmares, have no trouble sleeping and just want to add some spooky spice to your nights. Tell your sleep paralysis demon I said hi. 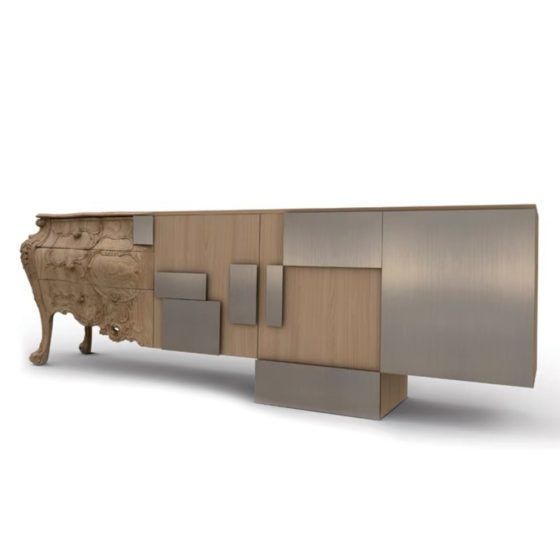 Compromise is a thing you learn. It’s a thing you learn even harder when you’re attempting to furnish an apartment with a sister who thinks the entire living room should be 90% couch; who thinks sickly shades of green make good wall colours. If the choice of sideboard isn’t a battle either party is willing to lose, then this must be the only solution. A half-and-half, baroque-meets-brutalist console cabinet that will specifically make neither person happy. 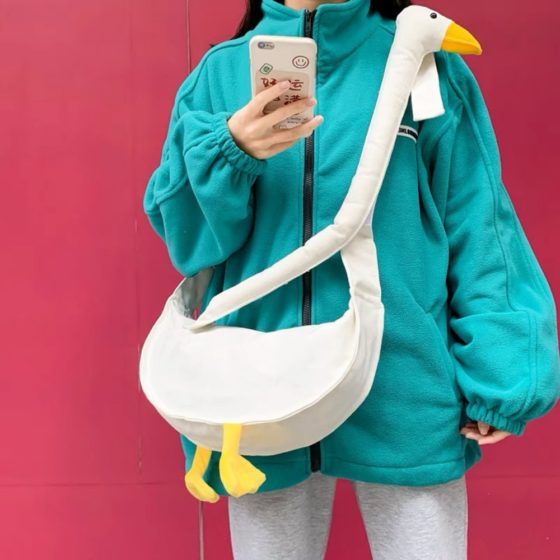 Some dresses are good. Some, even great. But some, still, are seared into the public consciousness as relics of culture; as artefacts that prove we were here. We lived. Laughed. Loved. Wore insane things.

Case in point: Björk’s Swan Dress has its own Wikipedia page. And this crossbody bag — crossing over the body with the extended length of a swan’s (goose’s?) neck — is but a mere shadow of such greatness. Still cute, though. Would cop.

Hong Kong Shopping taobao things to buy things to buy on taobao thanks taobao
Joey Wong
Editor
Retired Tumblr girl Joey has written her way through fashion trends, youth culture and luxury retail in New York and Hong Kong. Beyond internet adventures tracking down the perfect vintage find, you can probably catch her tufting rugs, swigging back Bloody Marys — her third, probably — and making fastidious spreadsheets about her Animal Crossing island.
Style Fashion Beauty Culture Hong Kong
Sign up for our newsletters to have the latest stories delivered straight to your inbox every week.