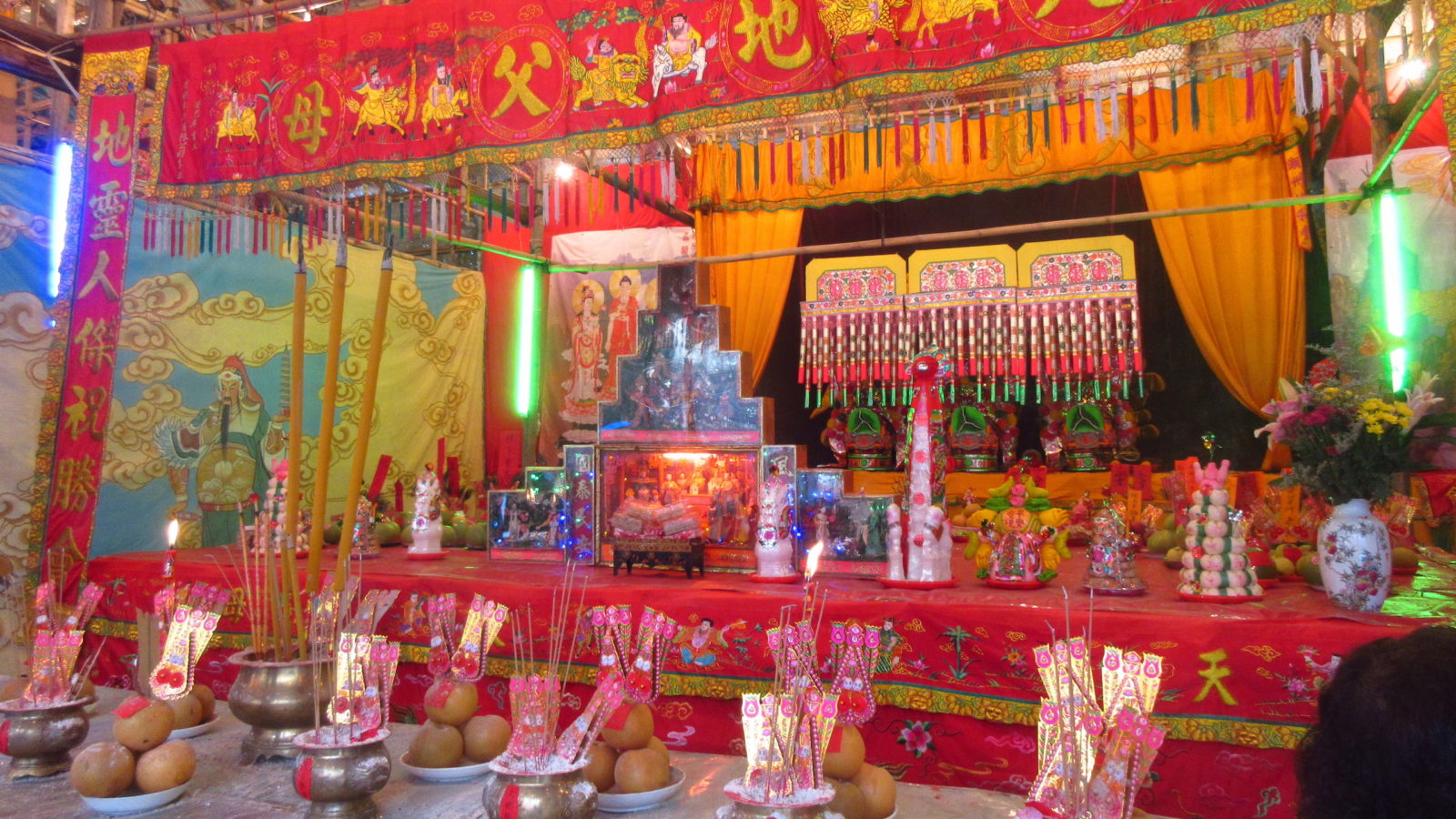 Here’s everything you need to know about the Ghost Festival (nicknamed the “Hungry Ghost” Festival and also known as the Yu Lan Festival) in Hong Kong.

Hongkongers love a festival – this city observes everything from Easter to the Buddha’s Birthday. The Ghost Festival (called Zhongyuan in Taoism, Yulanpen in Buddhism, and informally known as the Hungry Ghost Festival in Hong Kong) is a Taoist and Buddhist festival, traditionally falling on the 15th (or 14th in some places) night of the Chinese lunisolar calendar’s seventh month.

The whole month is regarded as a ghostly one, where spirits come out from the underworlds and realms beyond. On the 15th day, all realms open – heaven, hell, ours on Earth – and deceased ancestors come to visit their living descendants.

Not to be confused with Ching Ming Festival (Qingming or “Tomb Sweeping Day”, in spring around April) or Double Ninth (Cheung Yeung, in autumn around October) – the Yu Lan Ghost Festival is not a public holiday in Hong Kong. Still, it’s observed with food offerings, incense and joss paper burning, opera performances and other festivities. In Singapore this year, some ghosts are even being offered (handmade, paper) vaccinations – as a way to pay tribute to those lost in the pandemic before vaccinations rolled out.

There are a few origin stories for the Ghost Festival.

The Yulanpen Sutra – an ancient Indian Buddhist story – recounts how Maudgalyayana (one of the Buddha’s closest disciples, commonly transliterated as Mu Lian) found his deceased mother starving in the preta world or the “hungry ghost” realm. A vegetarian, his mother had accidentally consumed soup that was cooked with meat and had been sentenced to hell.

Maudgalyayana sought help from the Buddha, who advised him to offer food on the preta’s behalf to the monastic community – an act that would allow former pretas to be reborn and be released from their suffering.

In Taoism, the festival is a judgement day for ghosts. Falling on the birthday of Lord Qingxu (the celestial official of the earth), the deity gathers all spirits together and sifts through their records before deciding who are forgiven and who are to be punished.

The Ghost Festival falls at the same time as a full moon and the beginning of the new season – and it’s believed that the gates of both heaven and hell open up, leaving spirits free to roam our world.

Some are lost souls – ancestors of the living who weren’t given an adequate burial or send-off, were treated badly when alive or were simply forgotten after death. Because of this, there are plenty of restless, and even resentful, spirits out there – so make sure to:

Hong Kong has plenty of chilling tales – here are four stories about the supernatural and their respective spooky spots to stay away from this month. Or you could indulge in some ghost-hunting as the gates of the underworld open tonight, but don’t say we didn’t warn you…

This stream pool and waterfalls spot in the New Territories is popular for its picturesque hike. The legend goes: a bride was being carried to her wedding in a sedan chair by porters when one slipped on the rocks above the waterfall causing her to fall into the pool below. Tragically, her heavy wedding wear weighed her down and she drowned. Her spirit (often spotted dressed in the red cheongsam) lurks in the waters – waiting to drown unsuspecting visitors. And be careful on Bride’s Pool Road – it’s known for tricky bends, blind spots, and the many accidents that have taken place on it.

This neighbourhood east of North Point was formerly home to a Hakka village and beach. It’s named for its urban legend – Tsat Tsz Mui means “seven sisters” in Cantonese. According to the story, there once were seven girls who pledged to be ‘sisters’ for eternity and vowed to never get married, even tying their hairs into buns to marking themselves as spinsters.

But the families of the girls had other plans and the third sister was betrothed. Refusing to break her vow, she planned to kill herself. When the other sisters learned of this plan, they decided to join her. The day before the wedding, they all jumped into the sea together. As the myth goes, the bodies were never found but seven boulders appeared the next day along the coastline. Villagers believed they were the seven girls and the area was renamed Tsat Tsz Mui.

In 1911, a swimming shed was built in the area but it was thought to be haunted by the girls, with frequent tales of men drowning. The former coastline was extended to the one we know today and the village was gradually replaced with public housing estates and buildings.

The Chinese University of Hong Kong is home to more than one supernatural story but the most well-known is probably the legend of the braided ghost girl. There are many versions of the tale but its victims remain the same – male university students.

Legend has it: a beautiful girl was eloping with her lover from the mainland to Hong Kong. Some versions say the couple had an argument, others say they were fearful of being stopped by immigration officers at Kowloon and decided to leap from the carriage to avoid being caught – whatever the reasoning, the girl jumped alone from her carriage as the train went past the university campus. Her hair blew in the wind and a single braid was caught in the door of the train, ripping her hair and skin. Now, her faceless ghost roams the campus, haunting male students.

This Victorian-era building stands in Stanley now, but it was originally built in 1846 in Central. Before being painstakingly relocated, Murray House had a murky history to exorcise – literally. The building was first an officers quarters, then occupied by the Japanese and used as a command centre in the Second World War, and finally an office building. Government employees were convinced ghosts haunted the house – it was the detention centre and execution area for some Chinese citizens in the war after all – and the building was exorcised twice.

On May 19 1963, 90 Buddhist monks pacified the spirits in a 10-hour ritual complete with tablet burning. The building was exorcised one more in 1974 in a televised ceremony. Today there are few reports of ghosts – but you never know…

Shop Local: Hong Kong small businesses to keep supporting this year (and beyond)