Home > Beauty & Grooming > Grooming > Emmy Awards 2021: The most impeccably-groomed men of the night 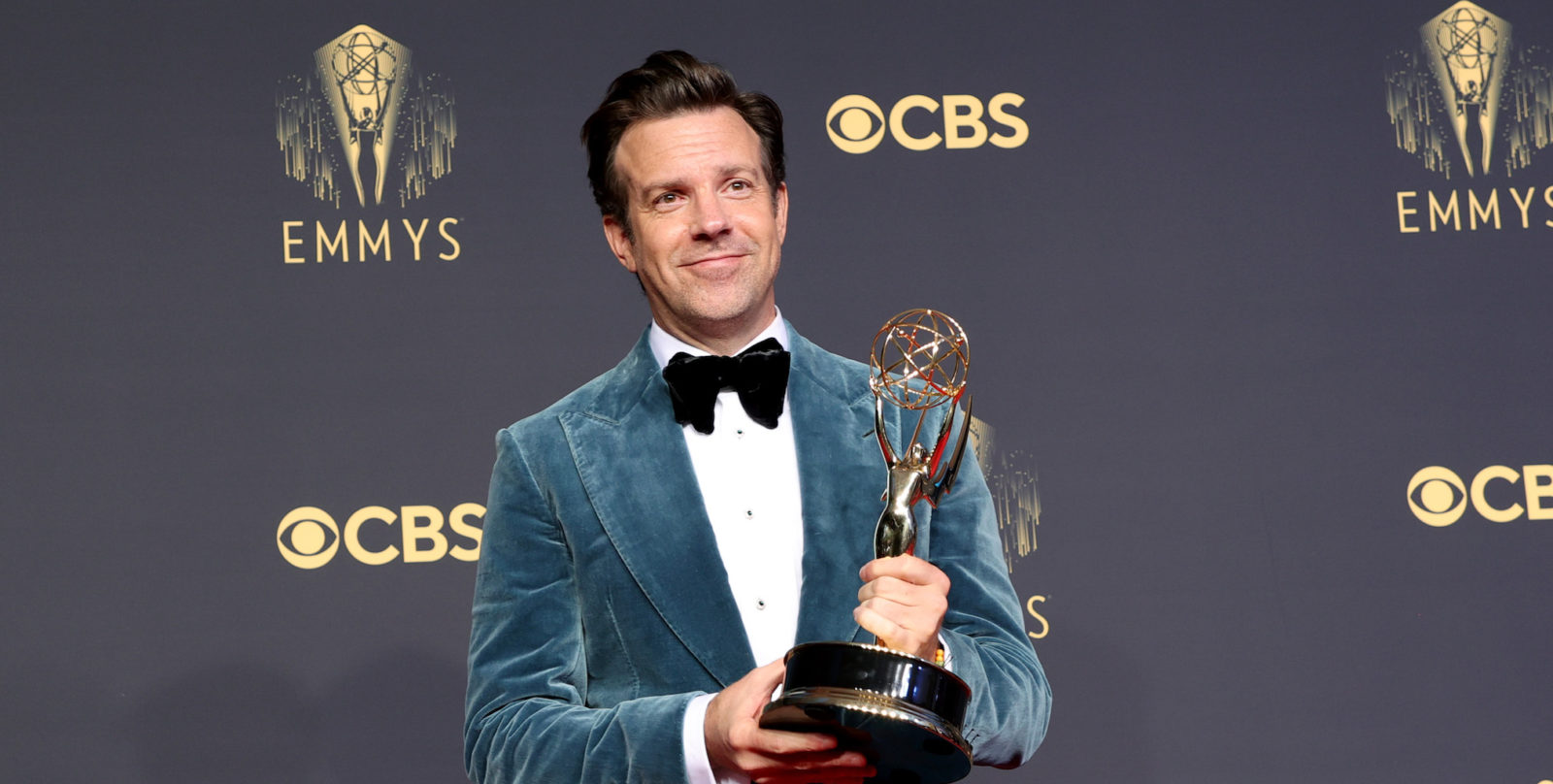 Emmy Awards 2021: The most impeccably-groomed men of the night

Beauty & Grooming
Emmy Awards 2021: The most impeccably-groomed men of the night
Share this article
Next article

We saw plenty of excellent-looking gents down in Los Angeles attending the 2021 Emmy Awards, but these nine topped our grooming scorecard.

I’m glad to see award shows going back to the old ways of hosting an in-person audience. Last year, as the Emmys were mostly virtual, we only saw a handful of memorable fashion statements. But well, going back to full IRL glory in Los Angeles, the 2021 Emmy Awards was packed with sharp-lookin’ gents. While last week’s Met Gala was all about audaciousness and over-the-top sartorial fun, the Emmys are, and have always remained, a traditional black-tie event (Well, at least for the most part). 2021 has been a great year for the television business, all thanks to the extra hours of screentime.

Apart from the impeccable suits and ties, these we’re the night’s best-groomed men. 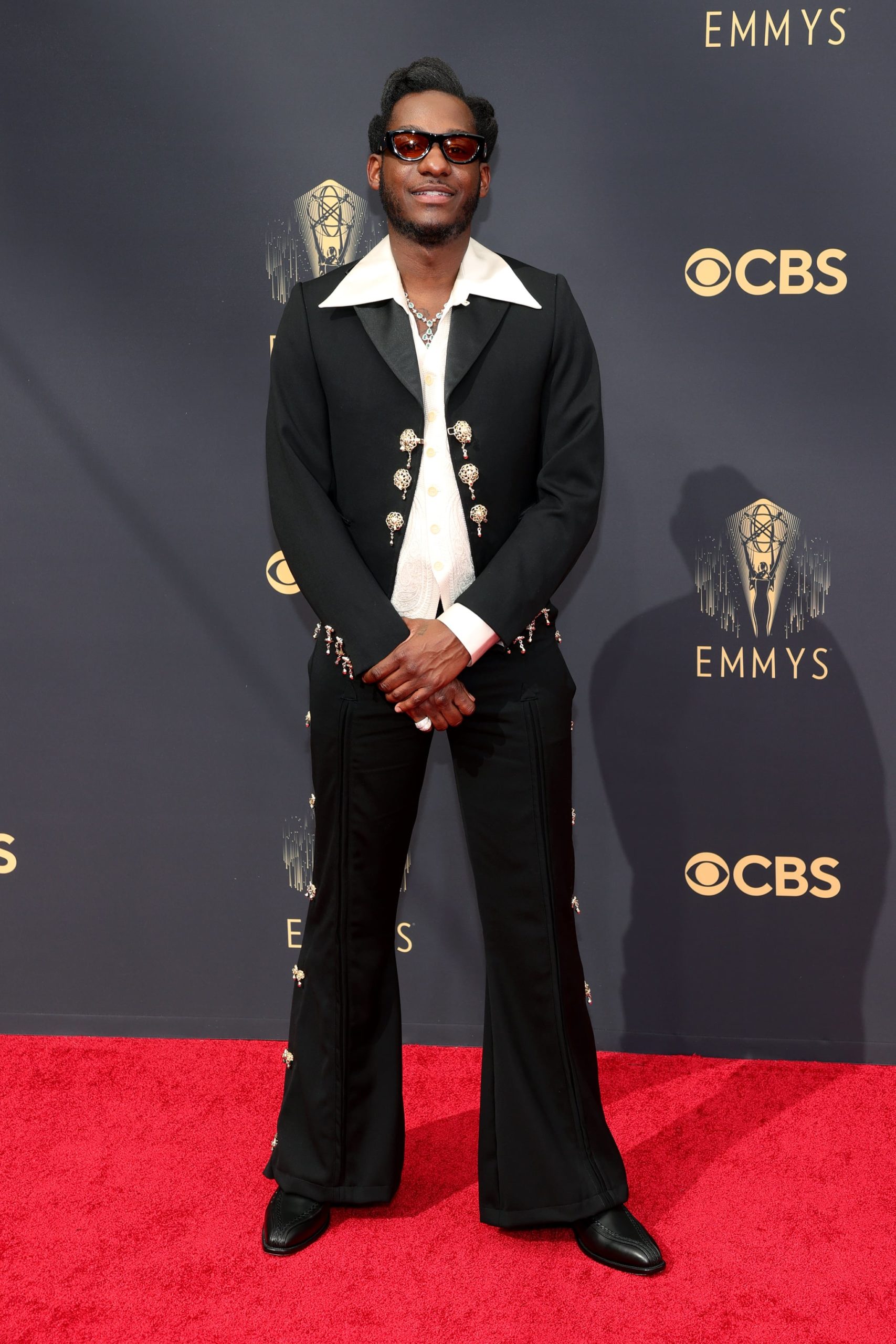 Simple, slick, and fuss free — just the way it should be. The American singer went vintage mafia with his outfit and hairdo. That subtle stubble bags him some extra points, too. 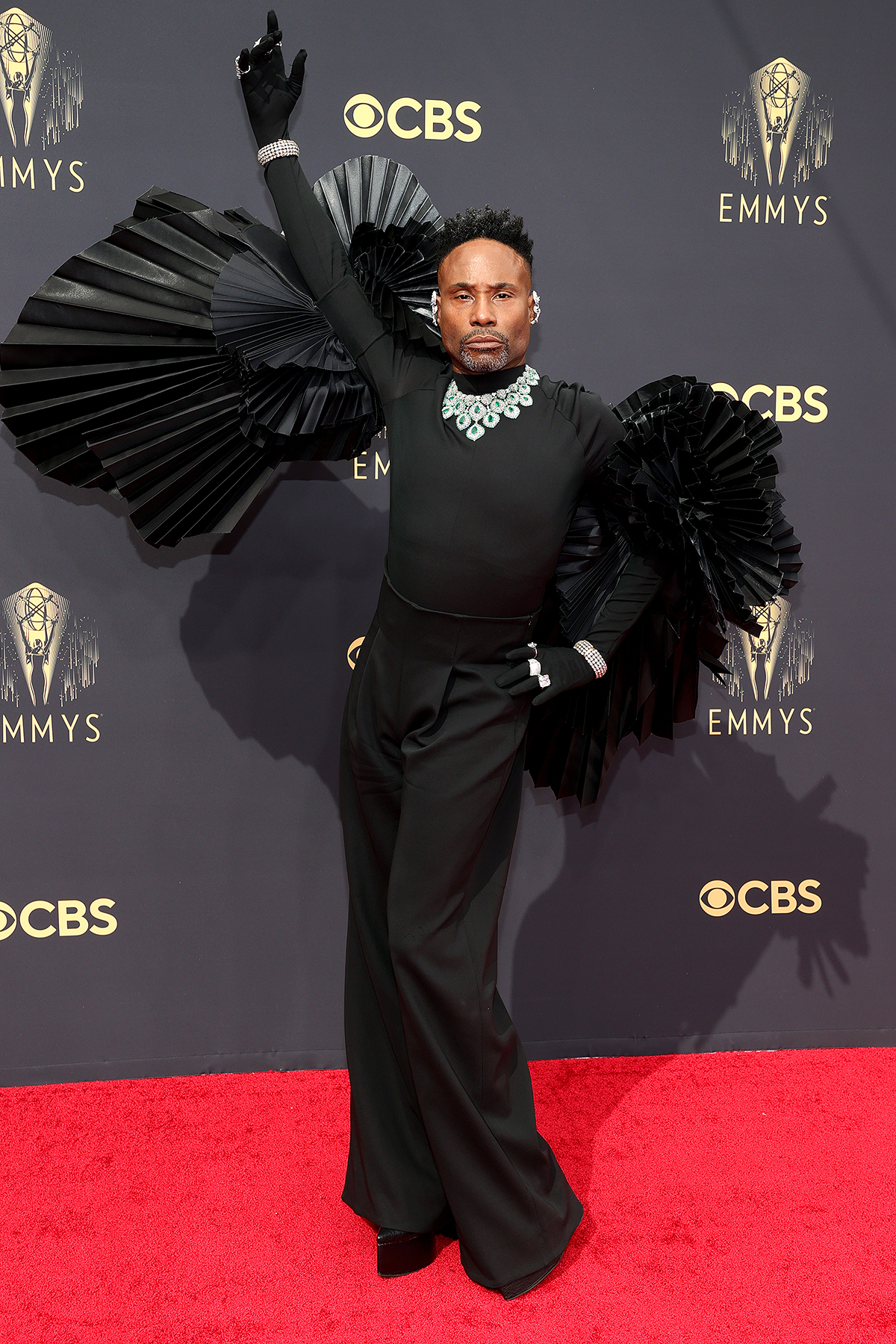 Of course, here’s Billy Porter. Most likely to fly away with that red carpet pose but scores a perfect 10 with his grooming. More so, that salt ‘n’ pepper French beard isn’t something we see too often. 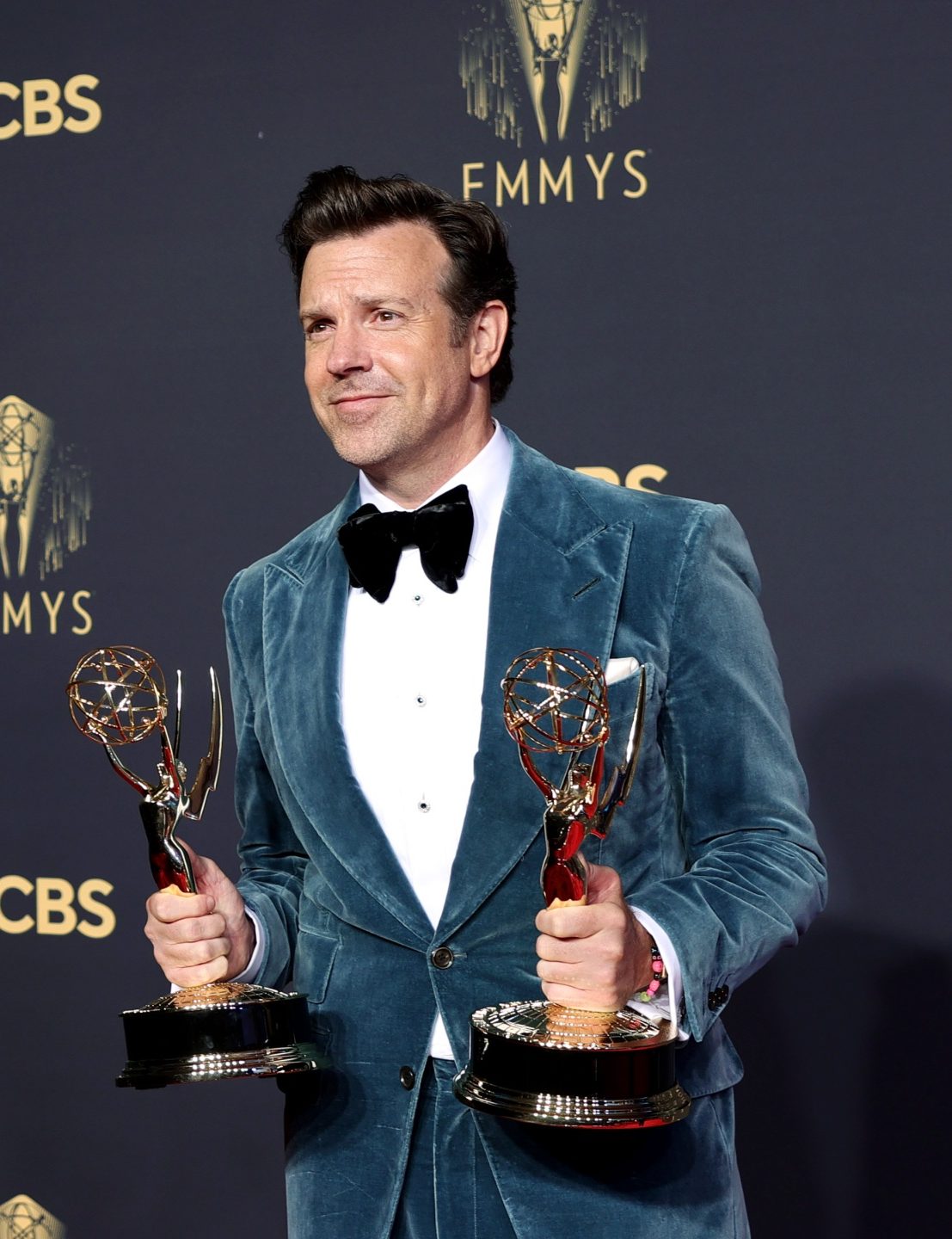 Hands down, the best groomed man at the 2021 Emmy Awards. Sudeikis won Best Lead Actor – Comedy Series with Ted Lasso, which is notably his first career win. On the grooming scorecard, that almost-clean shave and perfect quiff was also a winner. 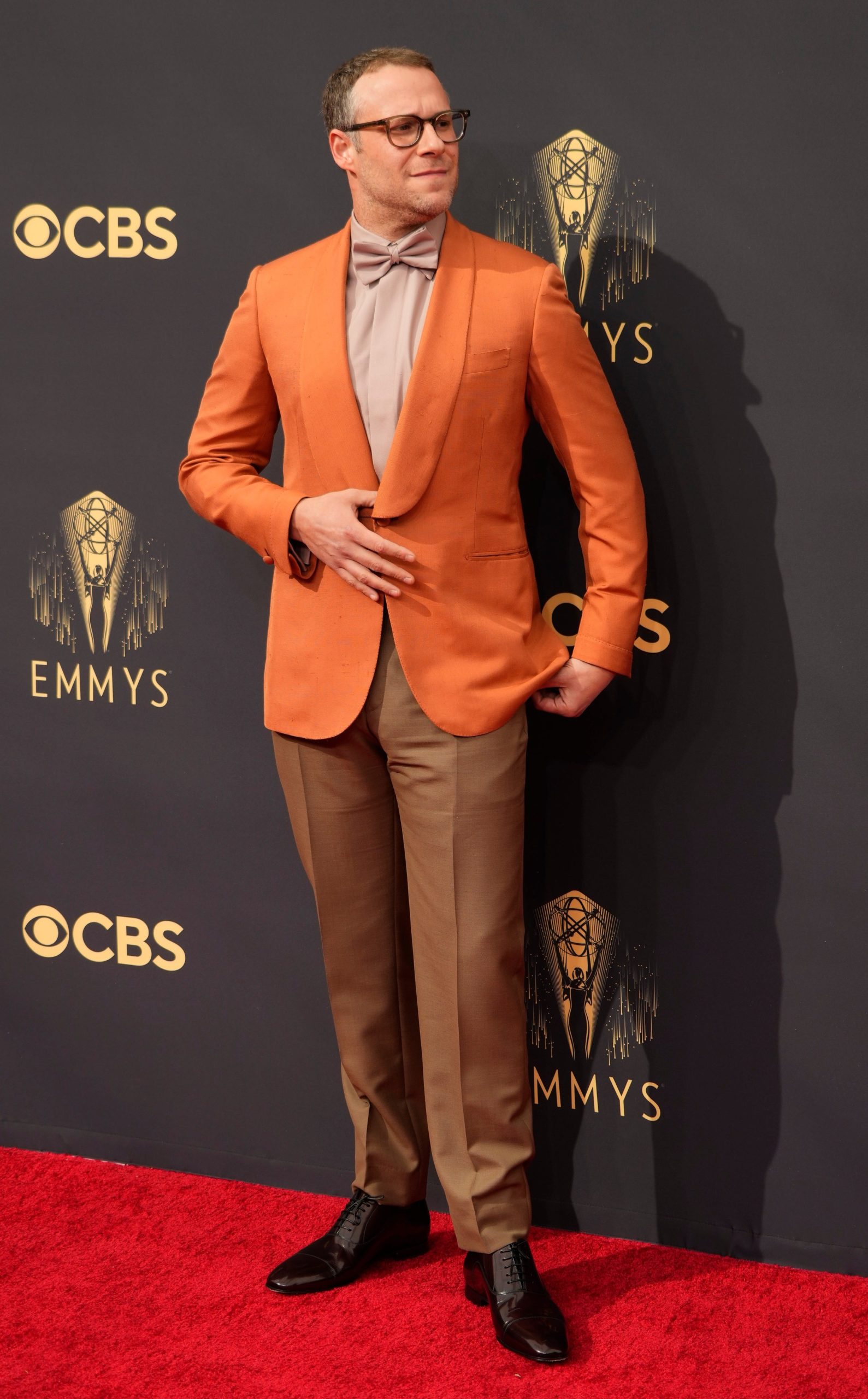 Let’s take a moment to appreciate Seth Rogan’s colour palette here. The brown, orange and peach (matching bowtie) anyway wins him a best-dressed award for the evening, but his grooming game is no slouch either. With stubble and a simple fuss-free short haircut, he certainly had our attention. 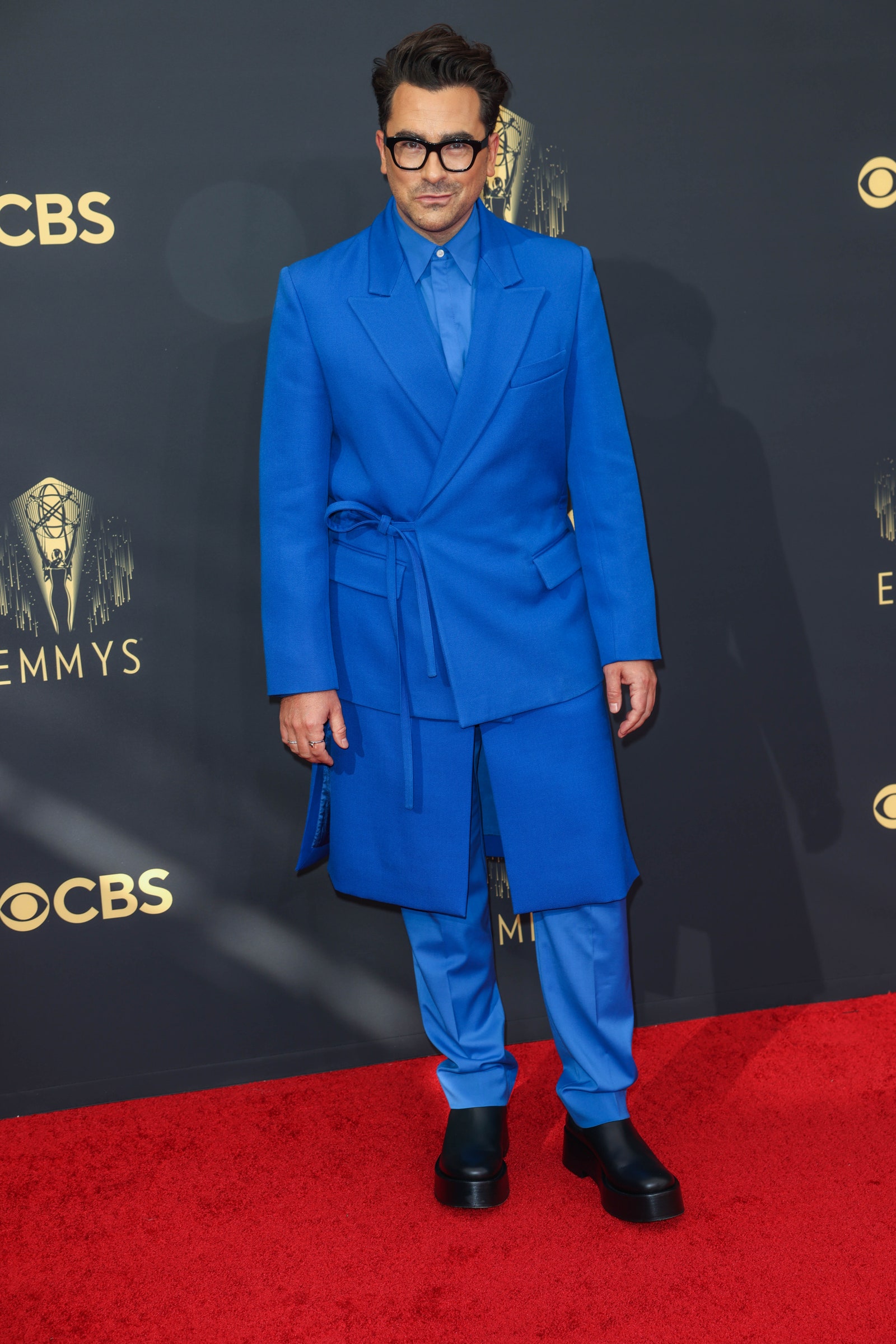 If anyone asks you a picture of what a perfectly blow-dryed hairstyle looks like, show them this picture of Dan Levy. The French stubble and the hair were simply a winning combination. Also, is it just us or his suit looks like a bathrobe? 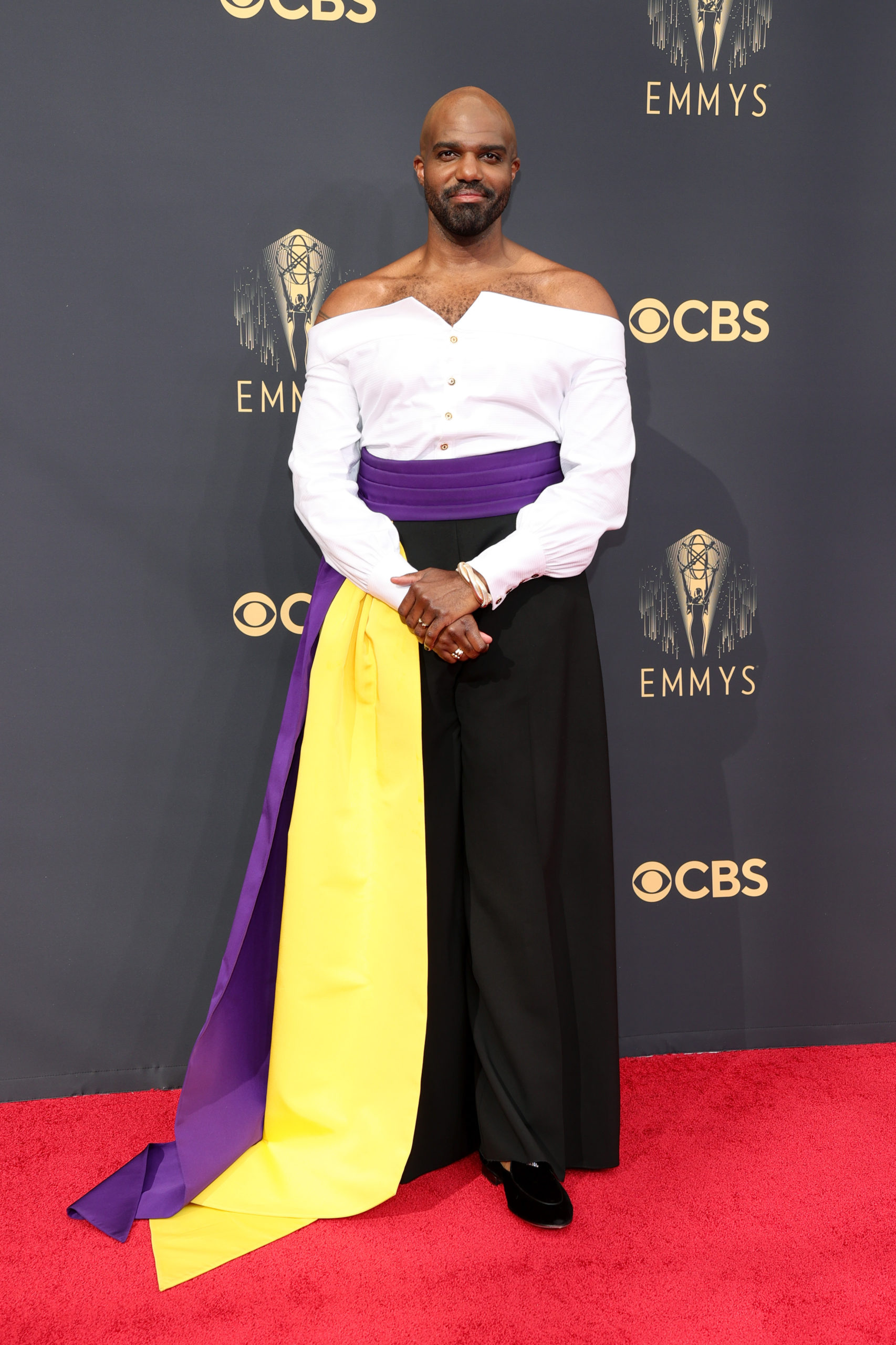 The Emmy Awards 2021 is all about the ones who stand out. And when it comes to grooming, as well as fashion, one man truly did. Apart from that messy stubble, Carl Clemons-Hopkins showed off some shoulder and chest hair. That’s a headline in itself. Regé smile is definitely worth a million bucks. Being one of the best dressed men of the evening, he was simply picture perfect — right from the lecture of his suit to the suede shoes and his neatly trimmed beard. We’re impressed! 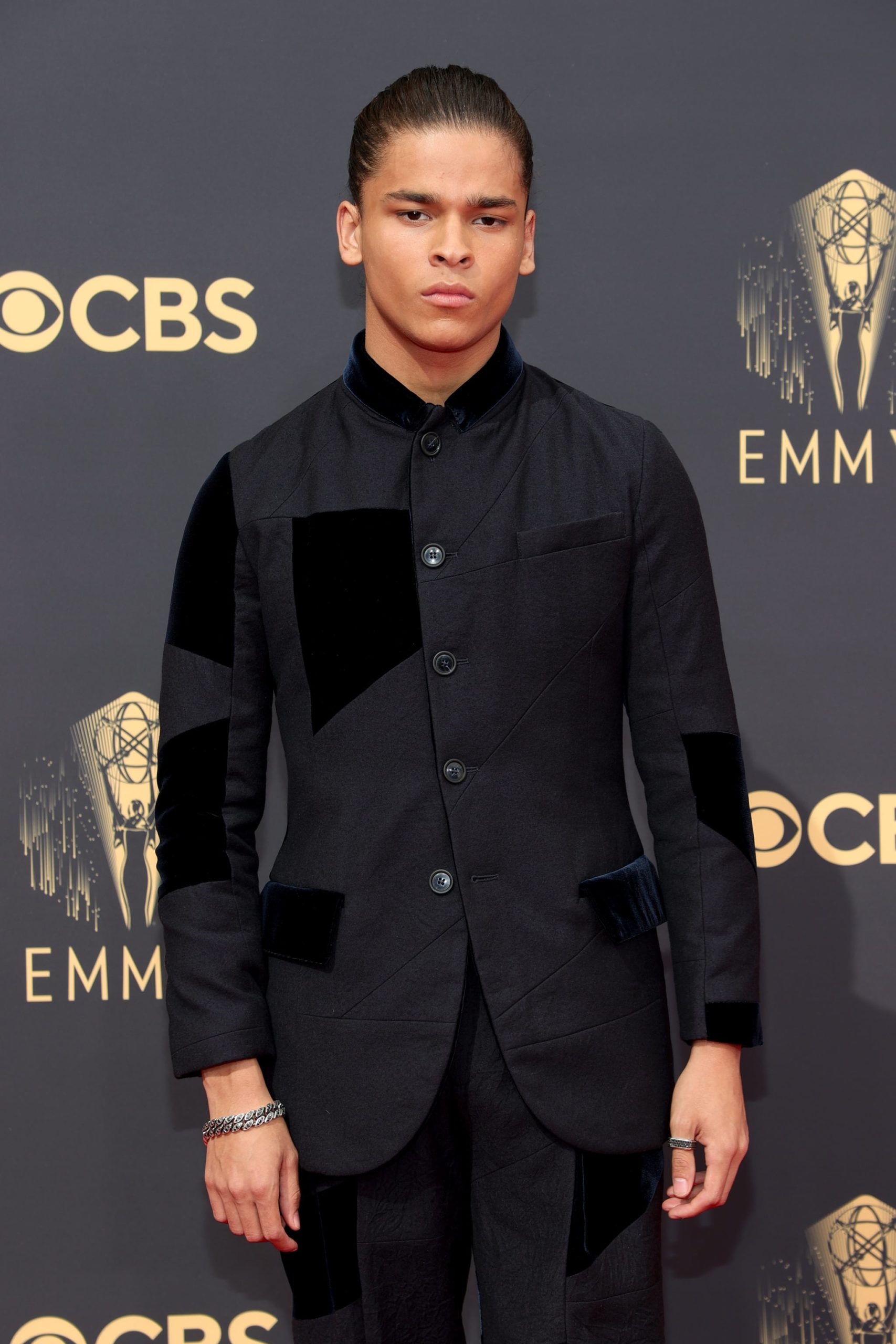 Best slick back award of the year goes to Canadian actor D’Pharaoh Woon-A-Tai. Actually, we can’t tell if he’s tied a bun there, or if it’s slicked all the way back. Yet, with a clean shave showing off that jawline. He earns a spot on this list. We simply added Josh O’Connor of The Crown fame on this list for how comfortably cool he was with his grooming at the 2021 Emmy Awards. He also bagged a win for Lead Actor In A Drama Series.