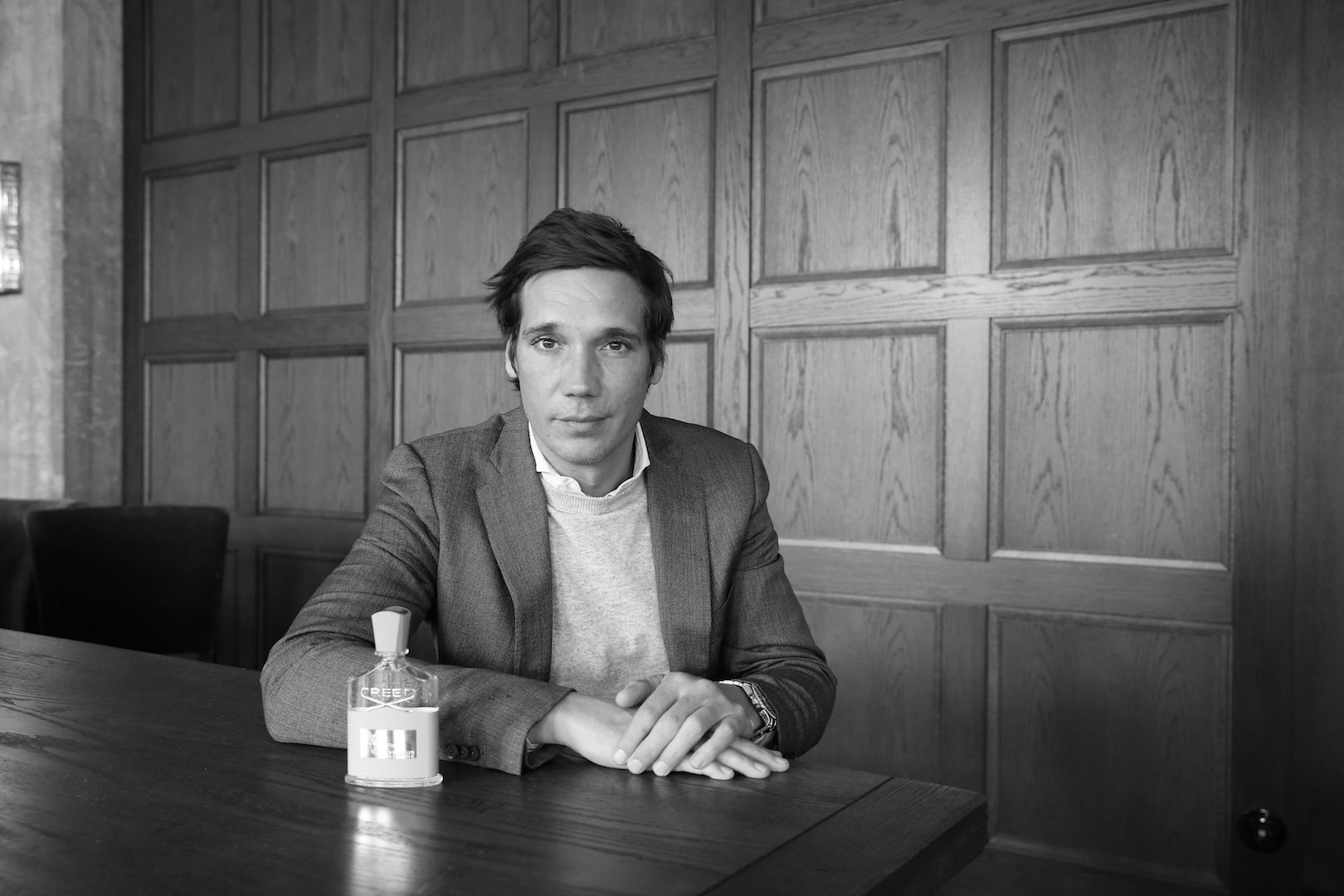 How Erwin Creed is putting the art in artisanal perfumes

Erwin Creed is a busy man. When I sit down to talk to the French perfume label Creed’s master perfumer at their flagship boutique at The Chanakya in New Delhi, he informs me that his current leg of travel is taking him to Paris, Singapore, Kuala Lumpur, Seoul, Shanghai, and Hong Kong. He is attending boutique openings, assessing business opportunities, and brand-building wherever distributors insist. This is aside of his work back home – formulations, trademarking, marketing, and of course, creation of perfumes when he is at Creed’s factory in Fontainebleau, just outside Paris. “We want to be a classical, artisanal little brand. And this really is our idea of the brand,” says Erwin when I ask if all of this comprises his scope of work.

Erwin’s multi-tasking approach comes as no surprise when you look at how Creed as a brand was, and continues, to be built. An independently-run family business, it was started by Henry James Creed as a tailoring company in 1760, and moved on to developing commissioned perfumes boasting of the highest quality ingredients. Starting with royal patrons like King George III and Queen Victoria in the 18th and 19th century, it was only as recently as 1970 that Creed perfumes for men and women became available to the public.

Erwin joined his father, master perfumer Olivier Creed, when he was just 21, making him the seventh generation to keep up the professional legacy. Owing to the brand’s focus on quality, the father-son duo today make small batches, so much so that if they don’t find the best harvest of ingredients, they either do not create at all or discontinue the line till they do. For the same reason, there’s always a slight difference in the batches produced in different years – they use the term ‘Millésime’, French for ‘great vintage’. Their scents are weighed, mixed, macerated, filtered, and bottled by hand. Creed still uses a 4,000-year-old infusion technique, which, while deriving the most out of the natural ingredients, takes months to create a perfect formulation. They have a small distribution and limited points of sale.

“We are like the chef. You know when you have good ingredients then you need to make something simpler. We also want to make a limited quantity because we want to keep the quality. We can double our turnover, but I don’t want to do that because, to do that very quickly, we will lose our customers. We don’t want to be everywhere,” says Erwin.
What this also means is that unlike most mass-produced perfume brands that have a number of launches a year, Creed introduces new scents depending on how satisfied they are with a new formulation. Their last launch, Aventus Cologne, was in May this year; the one before that, Viking, was in 2017. It was Creed’s first men’s launch since 2010. Erwin also speaks of a time in 2004 when his father created a perfume that was ready for launch, but because Erwin was not convinced, they worked on the formula for another two years before finally unveiling it. “We work with our vision for the brand, not consumer buying patterns,” explains Erwin.

Their offerings certainly stand out. The men’s Aventus (2010), their bestseller, features blackcurrant, Italian bergamot, pineapple, patchouli, oak moss, and ambergris, while Green Irish Tweed (1985) evokes the lush greenery of the Emerald Isle. For women, there is Love in White (2005), where Bulgarian rose, Florentine iris, Italian orange, warm vanilla and sandalwood are blended, while Spring Flower (1996) opens with fruity notes of apple, apricot, melon, and peach, balanced by musk. The unisex Silver Mountain (1995), with green tea, blackcurrant, sandalwood, and musk, changes with the time of the day. They also make home (candles) and body (aftershave balms, shower gels, lotions, soaps) products.

So how does Creed manage to develop and retain a clientele with staggered product launches? Erwin says their USP is their ingredients that are high in natural oils, which they source from far and wide. There’s rose from Bulgaria; Egyptian jasmine; Florentine iris; tuberose from India; Haitian vetiver; Sri Lankan sandalwood; and Calabrian bergamot. Another strength is a loyal, discerning customer base that wants something different. “We don’t use famous people [as ambassadors] because our customer is more educated. It’s all about the smell. Our biggest compliment is when people compliment you on what you are wearing.”

Creed’s flagship boutique in India, the only one in the country, opened last year, and the store personifies the brand’s insistence on high quality – the marble used is the top of the line Greek Thassos, and the mosaics, real gold and silver from Paris. The opening wasn’t marked by any big launch event, and the marketing activities that you would associate with a brand of such a stature have been minimal since. But Gaganmeet Singh, founder of Bequest Group, the brand’s distributor in India, says the response has been overwhelming. “Customers who know about Creed have been coming. There is so much noise out there that if we start too, we will not be loud enough like other brands. We are in this very targeted mall, and a person who has been exposed to luxury for over 10 years now, will automatically come in and that’s kind of a validation.”

Creed today only has 20 standalone stores across the world – Erwin, while being the brain behind taking the brand out of France, is also responsible for closing down several points of sale over the past years. This is in line with his idea of ‘exclusivity being luxury’. “It also results in a stronger control on the product, the brand, who’s buying it and, how’s it being sold. My target is to maintain the tradition.”

If it has worked for 260 years, why change it now.

Creed Fragrances are now in India, at The Chanakya, New Delhi

luxury perfumes niche perfumes The Chanakya Creed Erwin Creed Sharara styles Italian restaurant Bangkok
Preetika Mathew
Editor
Mathew has been a part of the luxury industry for over a decade now, writing on arts & culture, style, and watches for some of the leading publications in the country. When not working, she spends time tracking counter-culture trends.
Watches Style Arts Culture

Cardi B drinks alkaline water to promote hair growth — can that help?

Interview: Ishwak Singh’s basics and essentials of grooming and style