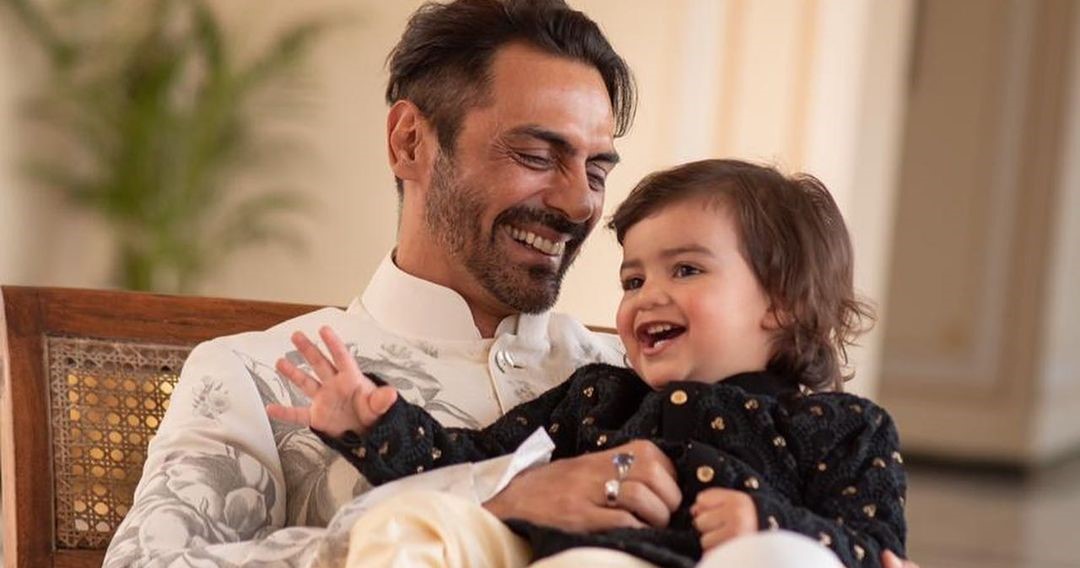 Back home, they’re doting dads who think the world of their kids. On the internet, they’re creating some serious grooming sensations. On the occasion of Father’s Day 2021, let’s credit these super-dads.

It’s certainly safe to say that these celebrity dads have been ageing like fine wine. They’ve been teaching us grooming lessons and setting standards for future generations. Like many other things in life, we also learn a ton of grooming ethics from our dads. And on the occasion of Father’s Day 2021, let’s take a look at a few Indian celebrity super-dads who have been absolute grooming heroes on the internet. 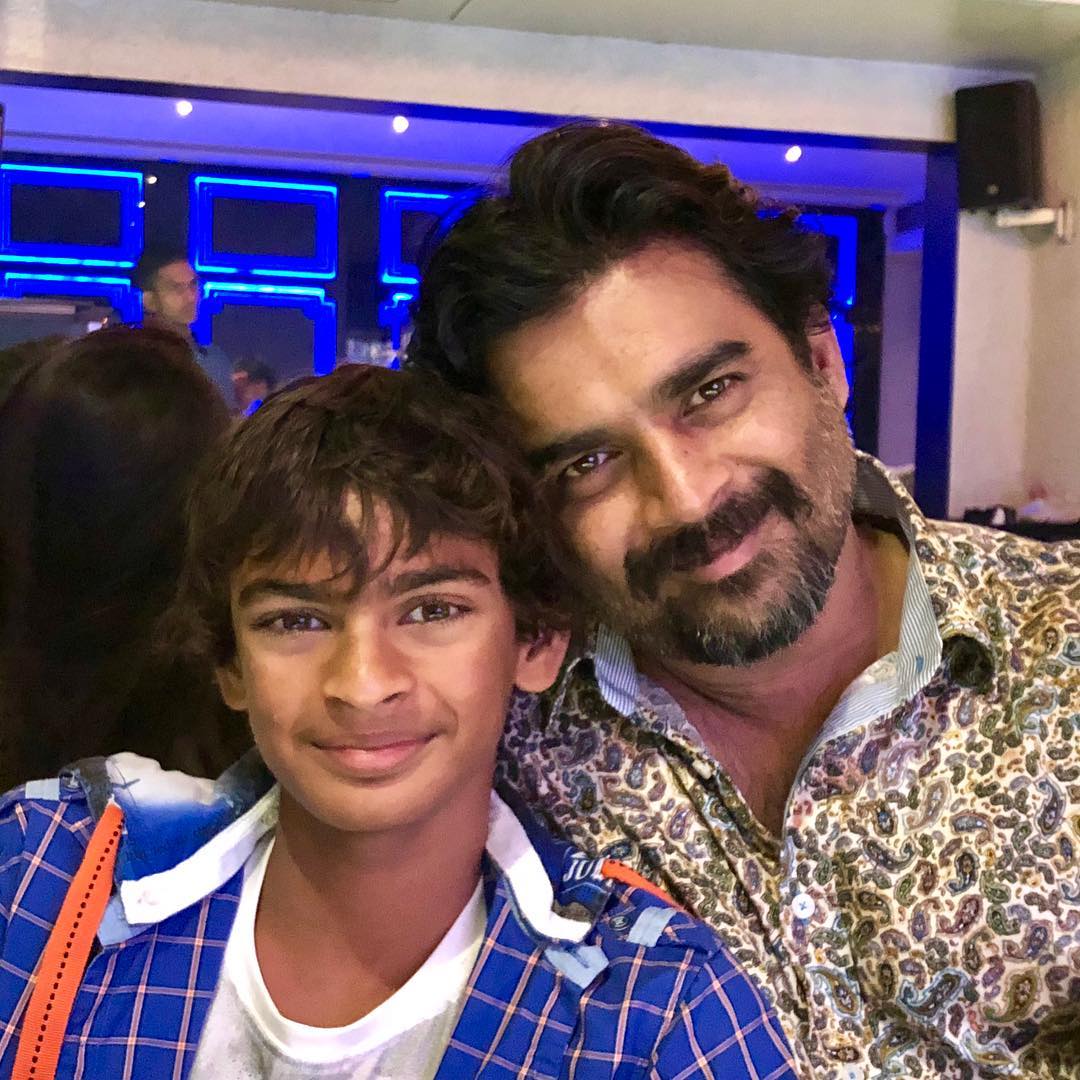 Have you watched Breathe? If yes, then you know why Madhavan deserves a spot on this list. If you haven’t, just take a look at his IG, and you’ll have the same impression. Whether the man’s clean-shaven, stubbled or bearded, he manages to ace each look. Back home, he’s a father to his 15-year-old son, Vedant. 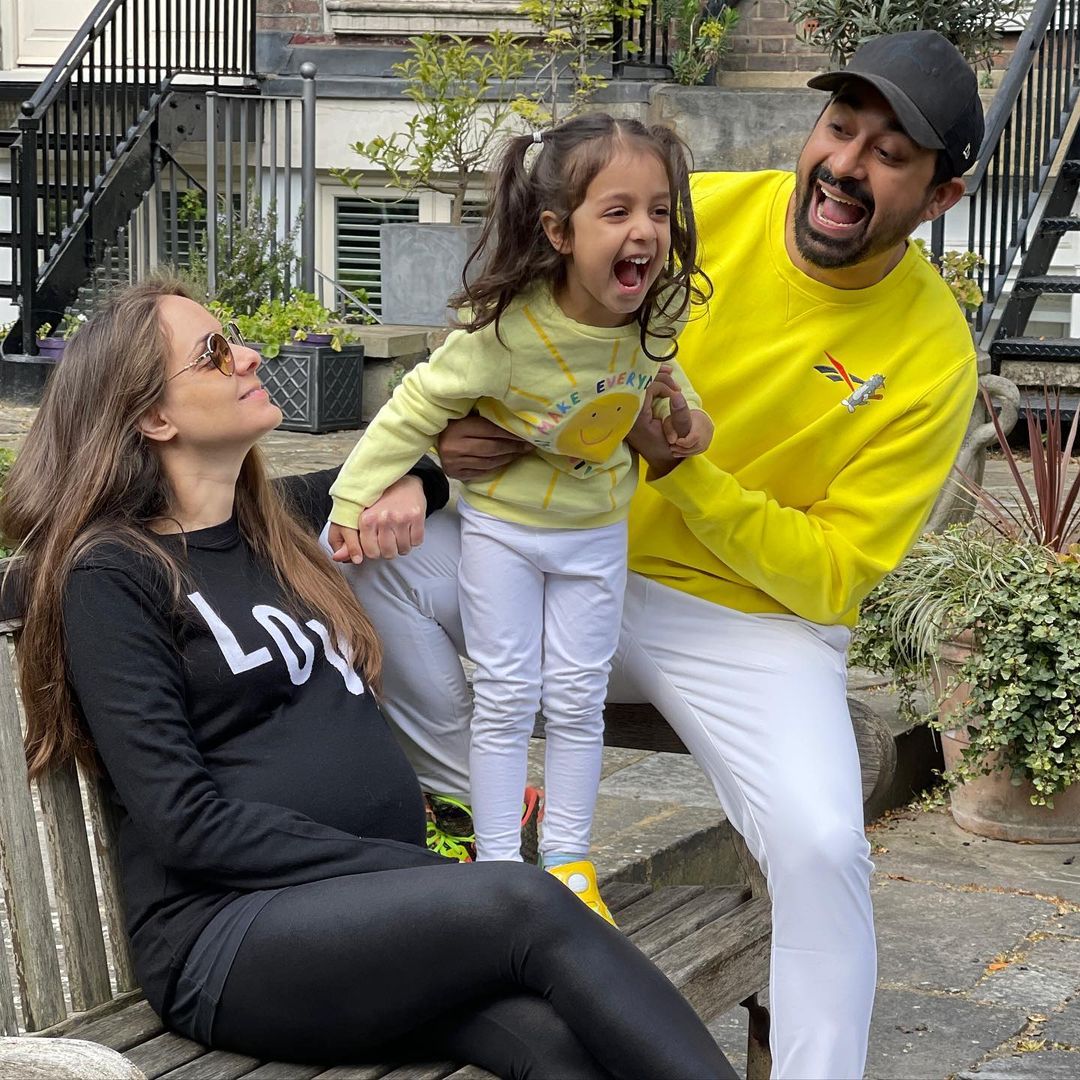 Being adventurous, well-groomed, and dynamic is certainly a rare combo to find, but Rannvijay Singha champions it. As a daddy to his four-year-old princess Kainaat, we bet he’s the type of dad who always keeps things fun, sporty, and lively. In the grooming department, he owns a grooming brand, Whiskers. Take a look at any MTV India show featuring him, you’ll know why he’s a grooming icon. 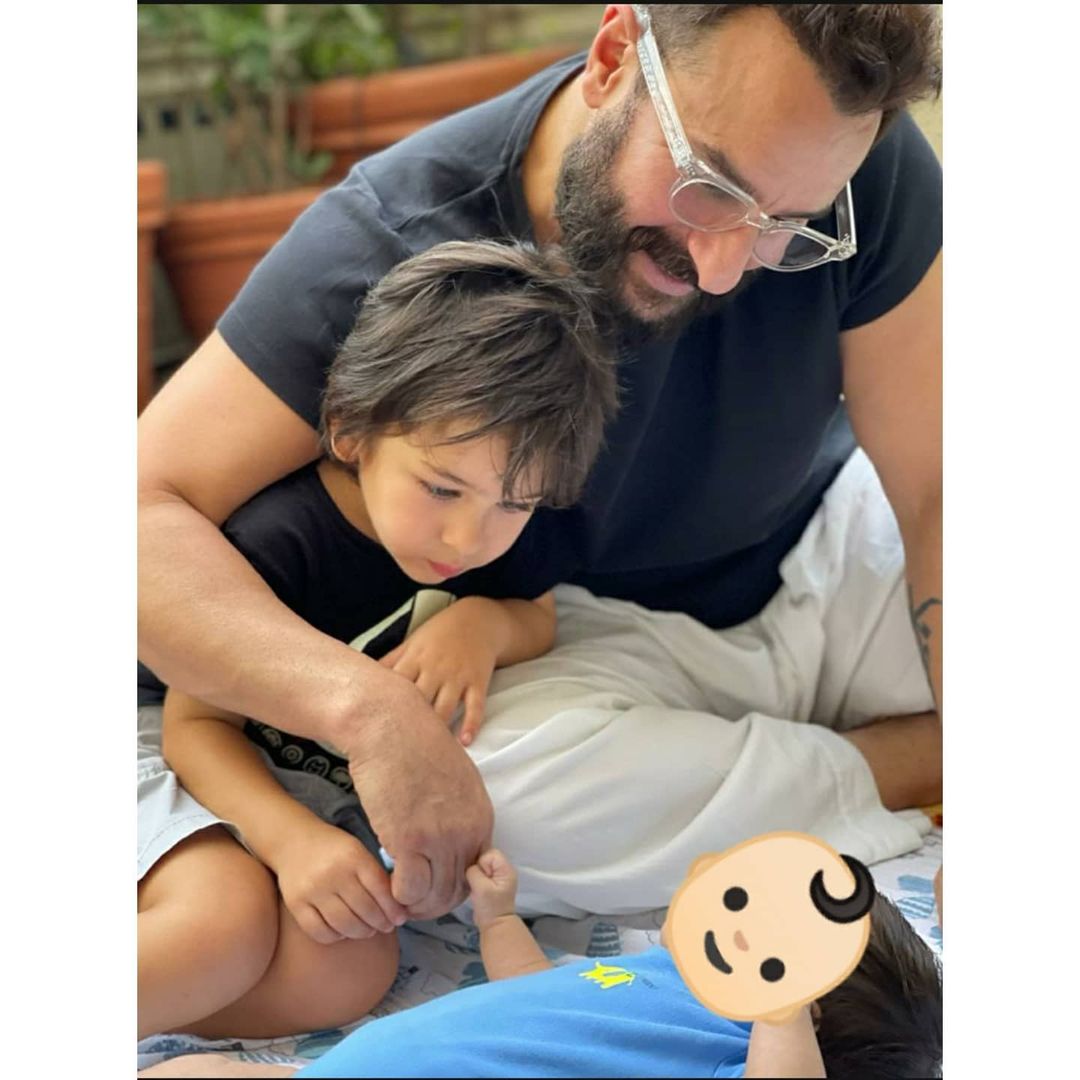 As he turned ‘quad-father’ in February 2021, Saif’s journey of fatherhood actually started off back in 1995. It was around the same time that the crowds started seeing him as a grooming icon. More so, apart from having a great beard, we’ll also give the man credit for having great skin, always. 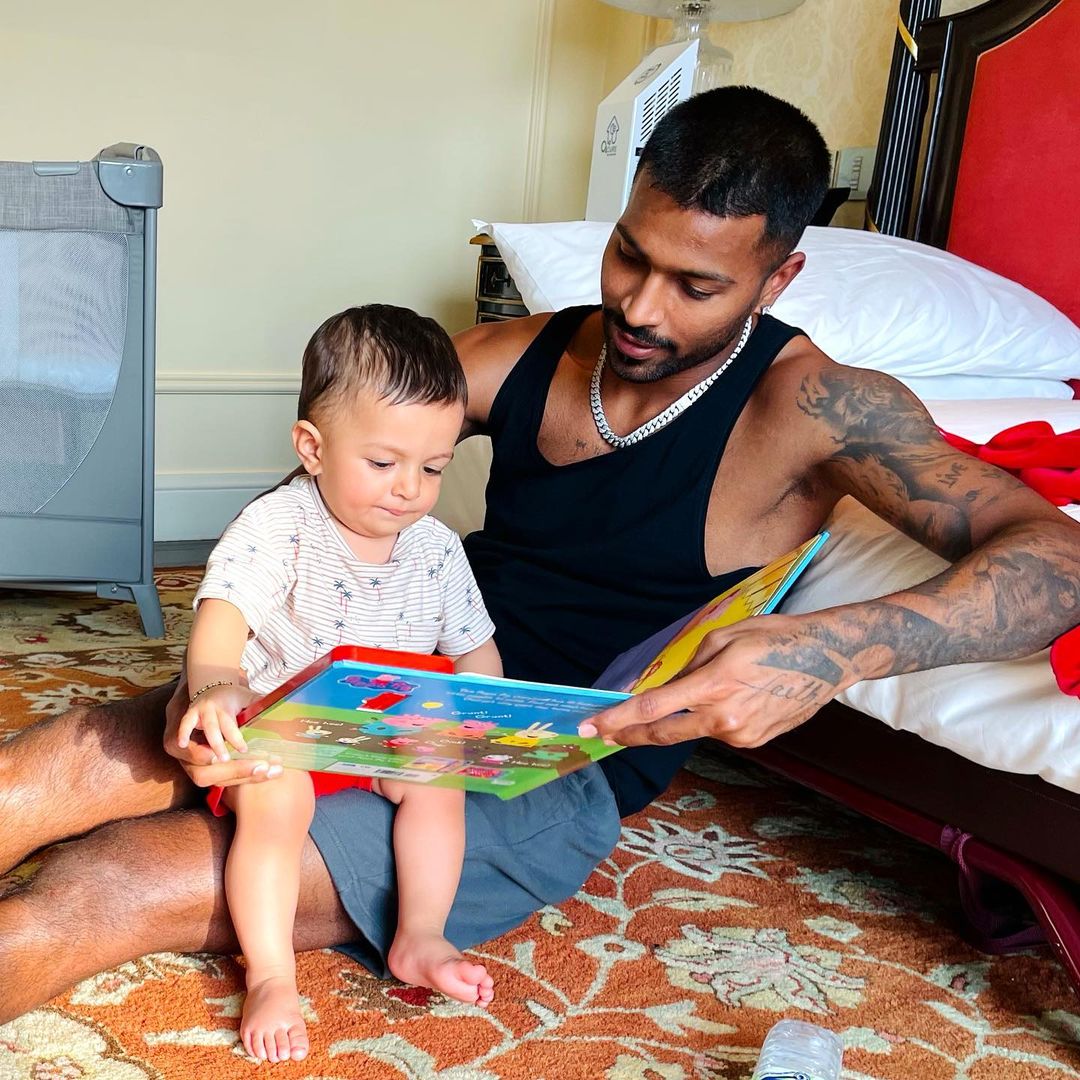 Hardik is perhaps Indian cricketing’s most decorated player. His IG is packed with Rolexes, Lamborghinis, and photos of his luxury travel endeavours. It’s safe to say that Pandya’s a certified style and grooming icon. However, when he’s back home, he’s a loving dad to his year-old son, Agastya. 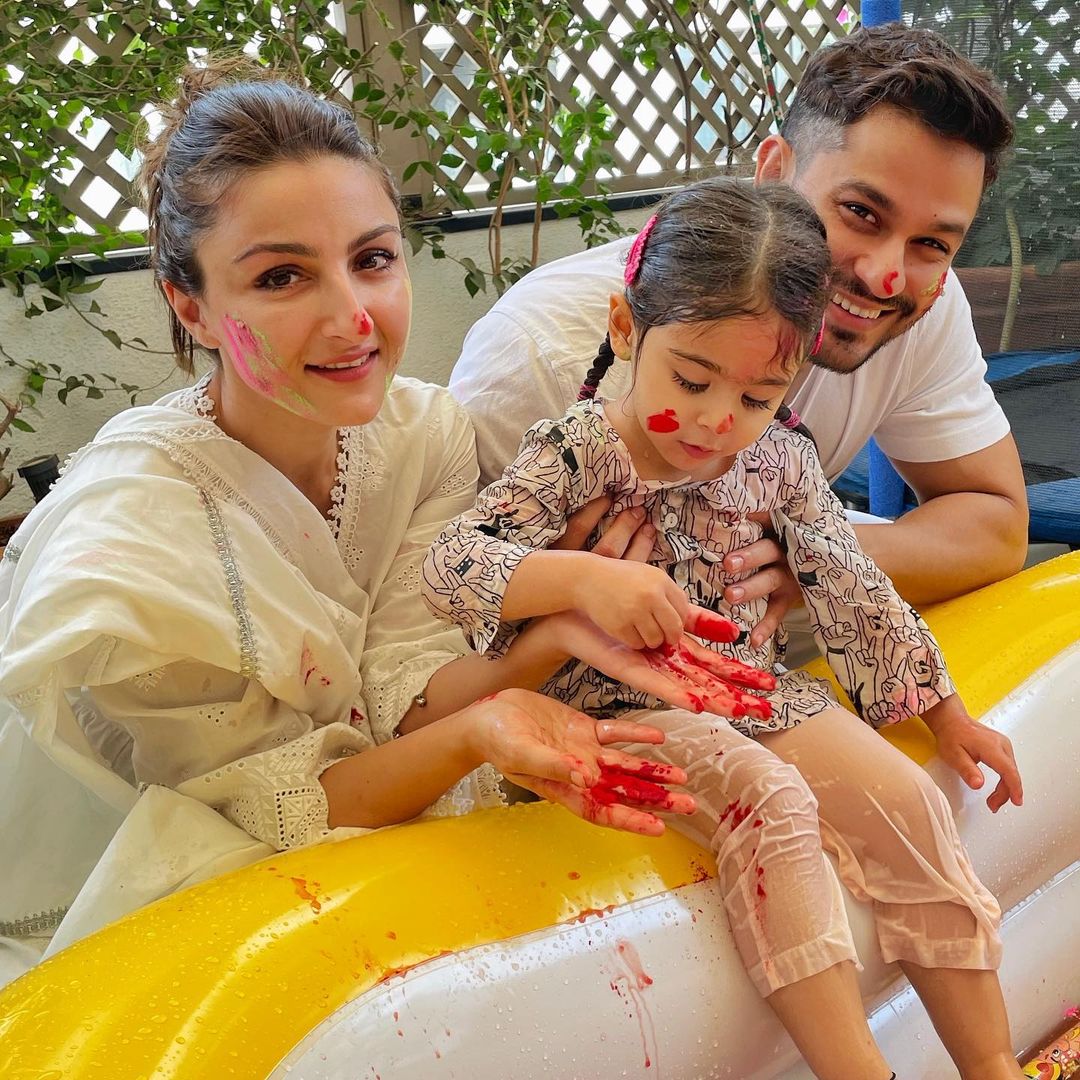 If there’s one guy in the industry who aces the faded-undercut-beard look, it’s Kunal. Even though he’s a B-Town veteran, he looks youthful as ever. We must give the man some credit for this skincare and punctuality when it comes to getting a crop. Back home, he’s father to Inaaya who is perhaps one of B-Town’s cutest baby girls. 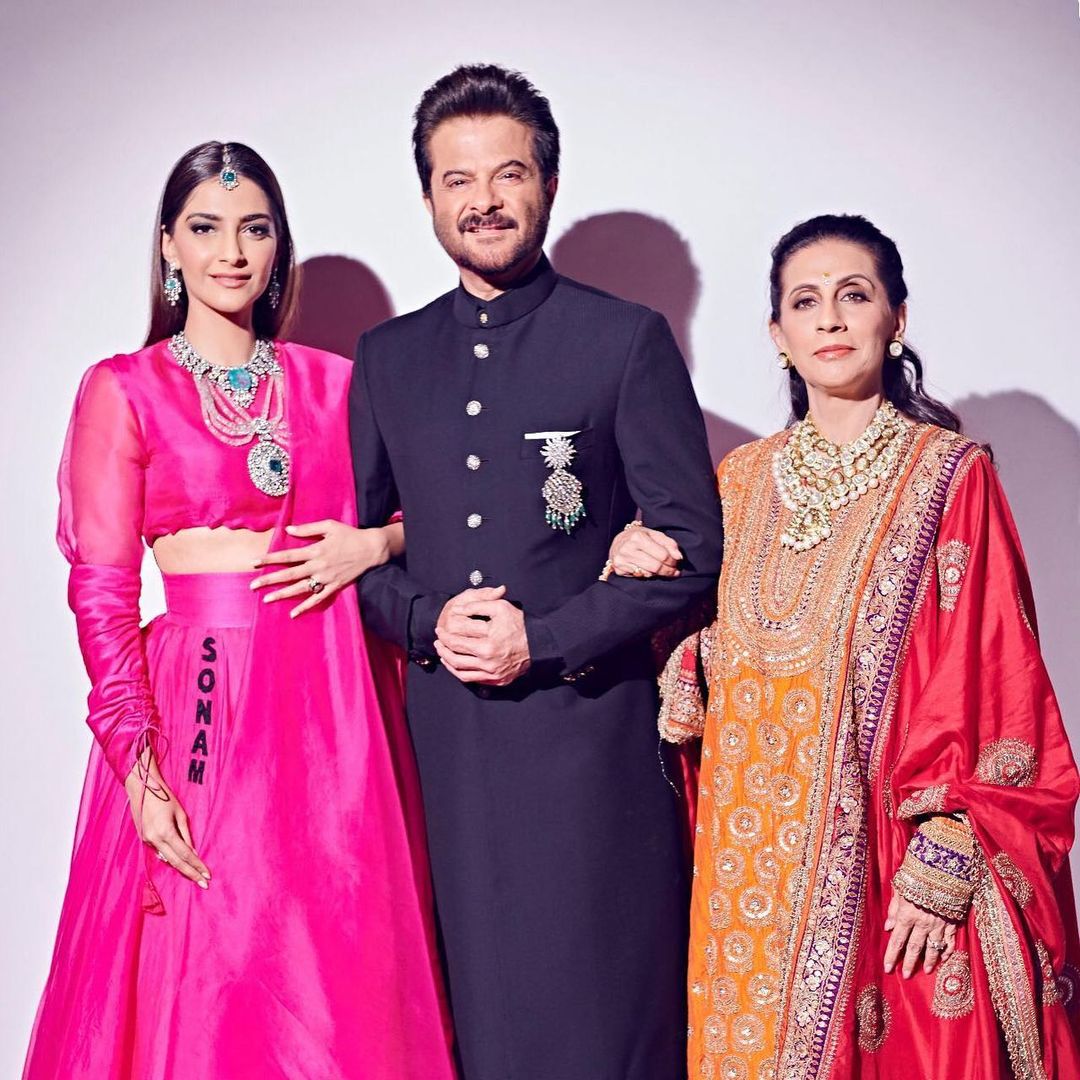 This Father’s Day 2021 list would be incomplete without Mr Kapoor. Often we see Kapoor take over the internet with his style and grooming statements. More so, he proves that age is just a number when it comes to elegance. His kids, Rhea, Sonam and Harshvardhan are also major names in the industry. If you ask us who’s B-Town’s most stylish veteran, it’s Anil Kapoor. 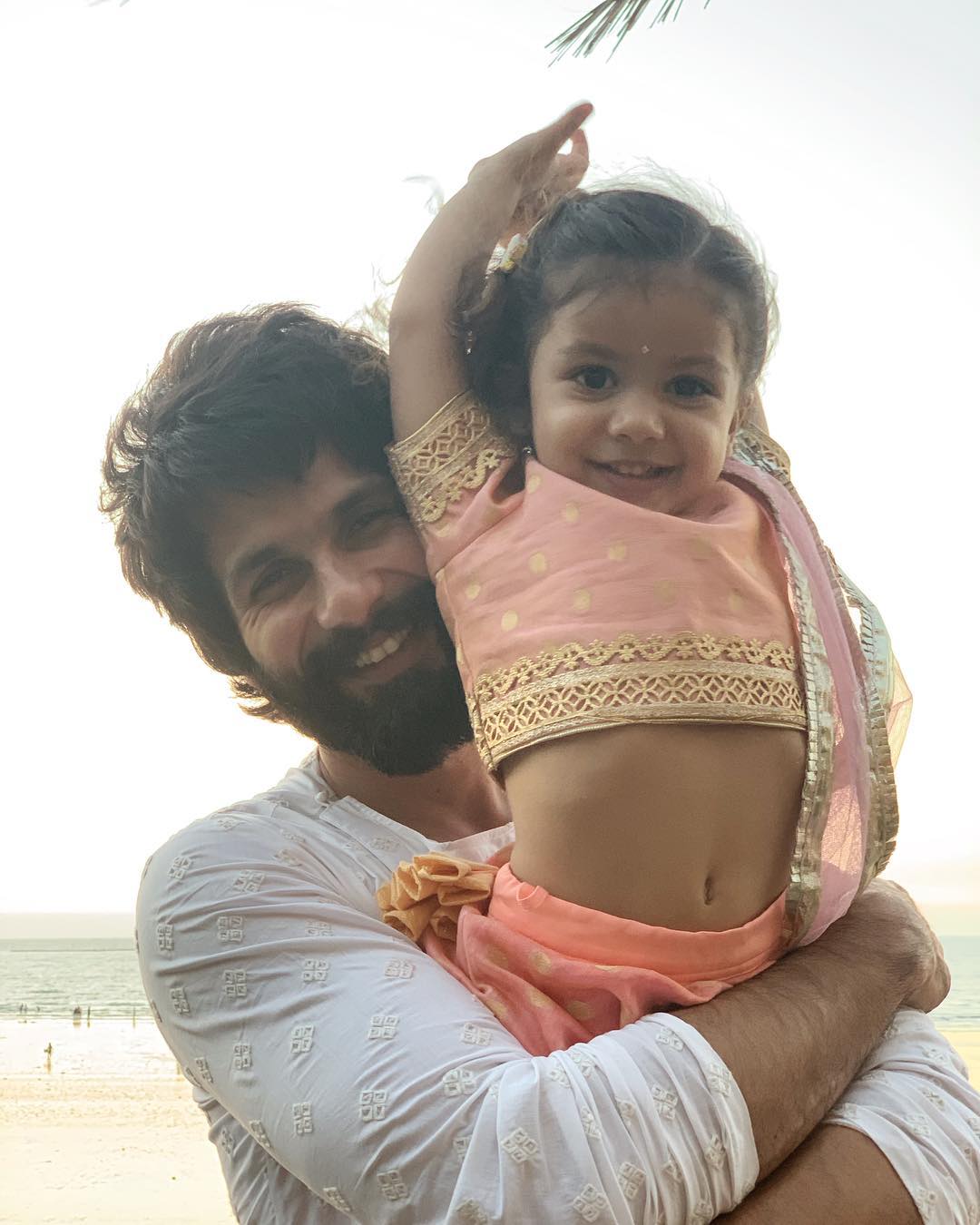 We’ve seen Shahid on screen for decades now and his entire evolution from being a clean-shaven cute guy to a bearded badass. He has truly aced the beard and moustache look and is perhaps an icon for an entire generation. While the cameras are off, he’s also a very loving dad to his daughter Misha. 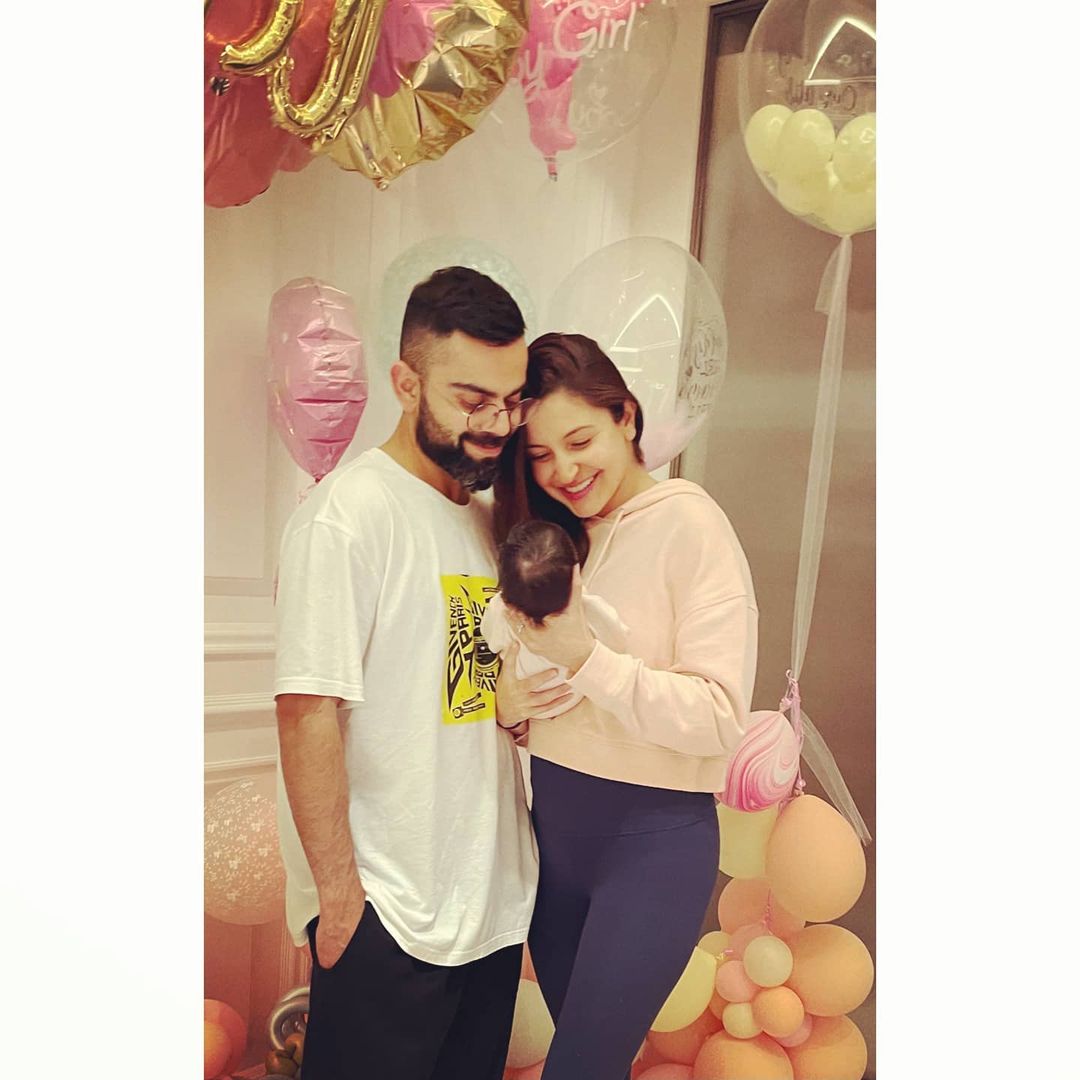 Apart from all the trophies in the closet, we’ve always talked about sportsmen becoming style icons on the internet. But Virat has given us some serious grooming inspiration over the years, too. The way he blends his faded undercut and beard is immaculate. No one does it better. With wifey Anushka, they have a cute tw0-month old daughter named Vamika. 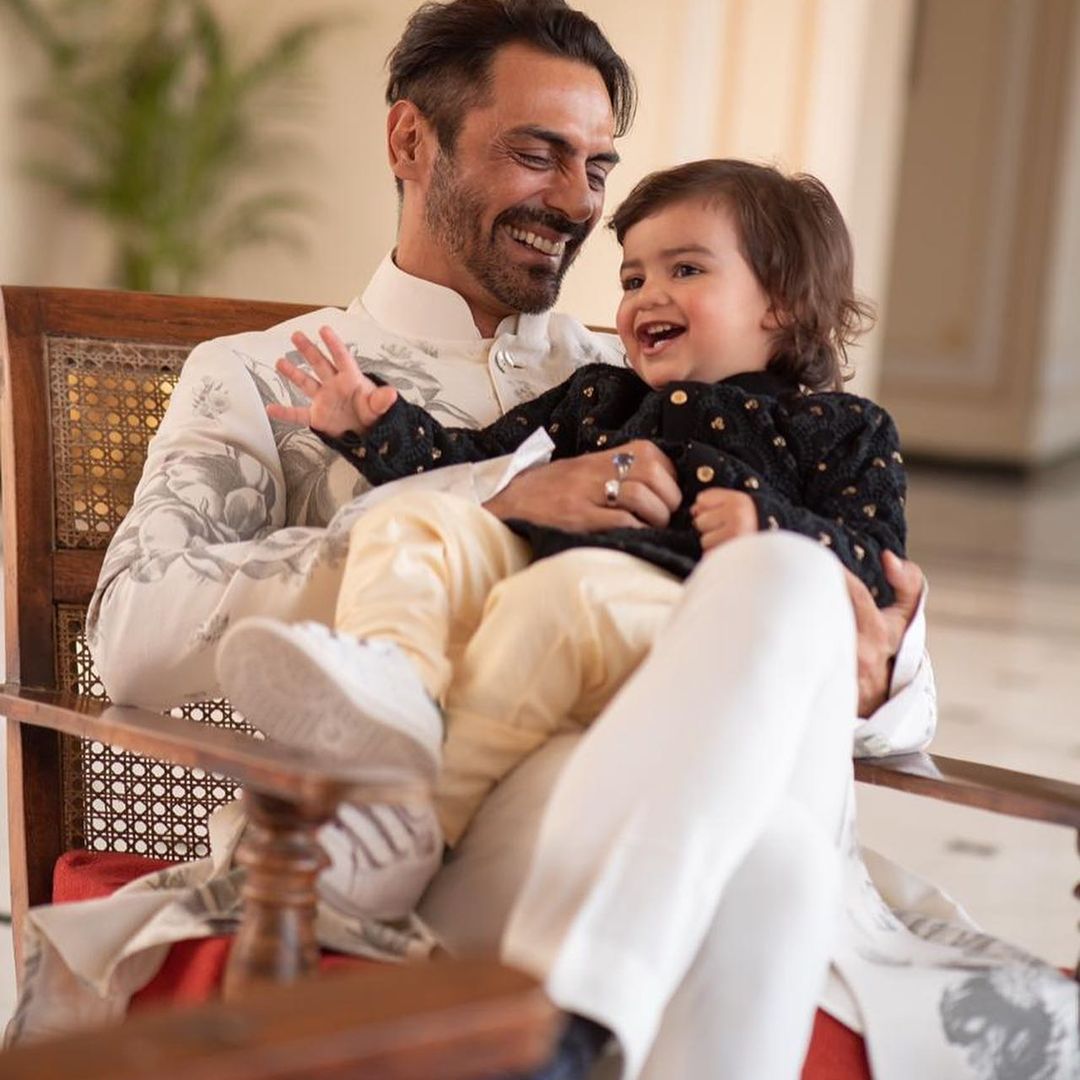 Another veteran on our list. In the picture above, Arjun is certainly acing the medium-length undercut look. But usually, we’ve seen him with a real rockstar-like hair-do tied up to a bun. He has three kids — daughter Mahikaa and Myra and son Arik. 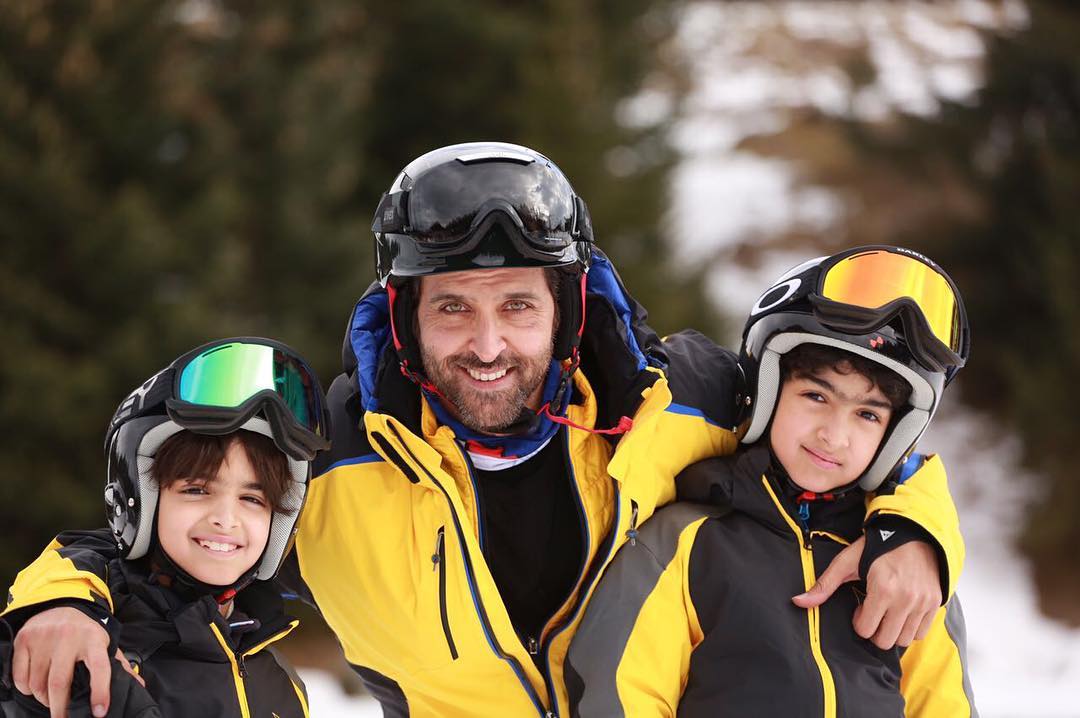 We saved the very best for last. Hrithik is undoubtedly the Greek God of grooming in B-Town. He has perhaps aced every hairstyle in the book through his career. Our favourite is his undercut-with-beard look in his movie, War. But apart from all the glamour and action on screen, back home he’s a father to two sons, Hredaan and Hrehaan.