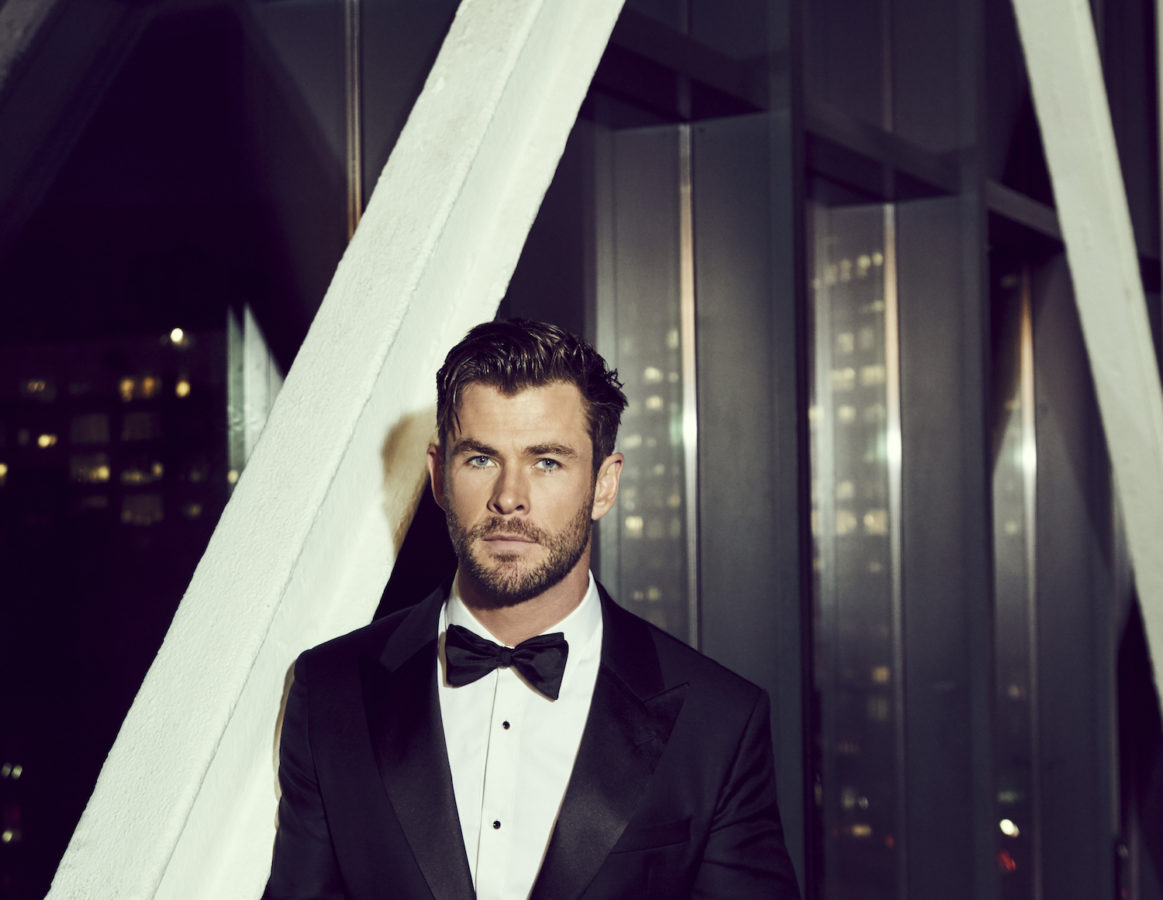 Interview: Chris Hemsworth on being a superhero — both on and off screen

Beauty & Grooming
Interview: Chris Hemsworth on being a superhero — both on and off screen
Share this article
Next article

It’s hard to ignore the obvious: Broad shoulders, piercing blue eyes, and effortless air of confidence. Chris Hemsworth needs no introduction, not when his big-screen resume includes blockbusters such as The Avengers, Men In Black, and Netflix’s high-octane action-thriller Extraction.

If that doesn’t keep him busy enough, the Australian actor is also a husband, a father of three, and a fitness and wellness advocate. As the face for the new BOSS Bottled Eau de Parfum, however, he adds the title of ‘Man of Today’ to this already impressive list. This title is more than a mere tagline though, and like the fragrance celebrates individuality, confidence, and most importantly, a new definition of masculinity.

We speak to the Hollywood superstar about being an all-round hero, how he copes with pressure, and why being the ‘Man of Today’ will make the world a better place.

What is your personal definition of the Man of Today?

Somebody who lives a life with integrity, honesty, compassion, and kindness. He is someone who pursues his dreams with courage and commitment, understands his own place in the world, and makes sure he has a positive impact on the people around him.

How do you think this mindset can change the world today?

I think we need to pay more attention to the idea of collaboration and unity and understand that life isn’t about us as individuals; it’s about how we’re all just together sharing a space no matter where we’re from, what we look like, and what our beliefs are. We have to realise that we’re all in this together and allow ourselves to be compassionate, kind, understanding, and supportive.

Climate change and wildlife conservation are both causes really close to your heart. Why are they so important to you and what are your proudest achievements so far?

There’s just this message that becomes clearer and clearer that we need to actually do something now or this planet won’t exist for my children and the future generations. They won’t be able to inhabit this space and enjoy this planet as we have been fortunate enough to.

I’ve also seen how my kids ask me these questions as well, which is hugely encouraging, but also scary. You know the fact that they’re talking about it is fantastic. My daughter’s eight and my boys are six, and they’re already being taught in school that climate change is real and that we need to protect the environment. But it’s also scary that they’ve also had to turn to mom and dad and say “hey, what have you done to the planet and what are we doing to protect it?” That’s been a real wake up call.

But it’s also a clear message that we need to get moving. I work with a lot of different organisations and there’s a group called WildArk in Australia that’s huge in conservation and they work on a number of different projects — ‘re-wilding’ the planet, as they call it — which includes protecting endangered species and ocean conservation.

David Attenborough talks a lot about the environment — his documentary is sort of like a love letter to the planet — and my kids enjoy watching those sorts of films. I think that if we can experience nature and the environment and fall in love with it, then we’ll want to protect it, and I think the best thing is to get out there and ask yourself honestly what you want to stand by.

What do you hope to achieve with your efforts in climate change and wildlife conservation once this pandemic is over?

I’ve done a TED talk recently on climate change and there were plenty of scientists and activists who talked about climate change in terms of technology so that was very educational for me.

I openly admit that I still have much to learn and that is what’s exciting. I make mistakes all the time and I’m trying to right those mistakes when I realise that doing certain things have certain effects on the environment. But that’s okay as long as we try. There’s so much criticism in the world that we are so fearful of doing anything half the time. But look, we’re all learning here. We’re all on a journey of discovery, and so next year, and even the year after that I’m going to try to soak up as much information, absorb it, and hopefully put a stop to climate change like many people are trying to do right now.

What was the first thing that came to your mind when you first experienced the BOSS Bottled Eau de Parfum?

There was a sort of lightness and freshness to it, and confidence which I love. This was just something unique in the sense that I hadn’t experienced too much in other fragrances.

What do you usually look for in a fragrance then?

I like versatility, so one that works in different environments and spaces. I tend to wear fragrances more in the evening or at night, when I’m dressing up in a suit or when I have red carpet appearances. I tend to not wear any during the day because I spend a lot of time exercising outdoors and surfing, but I like when it’s not too over-empowering; something that would complement the situation, not take over.

It was great to shoot in New York City; I think that was the last time I was there, actually. There’s so much vibrance, action and detail there that it’s unlike anywhere else in the world and I love it. James Gray was the director, and he’s such an incredible filmmaker because it’s not just about making a commercial for him — he also wants to tell a story.

He would ask me all sorts of questions and get inspirations and ideas for particular moments. I think that when you put anything on film — whether it’s a 30-second commercial or a two-hour film — it should have the same attention to detail and integrity.

There’s a really meaningful message behind this campaign, so what should people do if they want to be like you, and not just smell like you?

Well, I’d tell them to not be like me, but to stay true to who they are, work out what they love in life, their dreams and goals, and just use that. I think personally I just focused on what was going to truly bring me happiness and allow me to live an exciting life and that’s what I wanted to achieve while being able to help support my family and friends. I wanted to have wonderful experiences and it was a venture that really fed my creative soul.

Now that you’re going be a part of the Mad Max universe. How does it feel to get the role and what are you hoping to bring to it?

Look, it’s hugely exciting. I grew up watching Mad Max and being into that whole universe and the last film absolutely blew my mind. It was incredible; Charlize, Tom, the whole cast and crew, and everyone involved really brought that world to life.

To be a part of it now is a real pinch-myself moment. It takes me back to when I was a kid watching the first movie, and I hope to bring something special and unique to it and do fans of the franchise proud. As far as the script, character and my involvement goes, I can’t say anything yet so you’ll have to wait and see (laughs).

Throughout your entire career, what has your most memorable and difficult role been so far?

I’d say some of my more difficult roles were when I had a real lack of self-confidence and a huge amount of performance anxiety, which was when I was doing TV in Australia. I really struggled. I just put so much pressure on myself and I was thinking too far in the future that I just spiralled myself into a negative space.

It’s hard not to say that playing Thor and being a part of the Marvel universe was rewarding because it’s shaped my whole career and a lot of my life in such a positive way. That last film, in particular, was so special because it was sort of like finishing high school in a way, with very close friends that I was potentially saying goodbye to — as characters as well as human beings. There’s this realisation of what we’ve been a part of and what we’ve achieved with 18 or 19 films over 10 years. That was very special to me.

You juggle so many roles as an actor, father, husband, environmental activist, and fitness advocate. Do you have moments when you feel overwhelmed and what do you do to unwind when that happens?

Yes, I feel overwhelmed a lot, just like anyone you know. Perspective is important; I try to sort of step back from it and not fight it. We have certain emotions that drum up inside us like anxiety and frustration, and I feel that the more we fight these things the more we feed them. I like to surrender to them for a moment and think about whether it’s really as big a problem as I think it is. If it’s within my power, I’ll figure out what I can do to fix or change it. If I can’t do anything about it, then I’ll find something else to focus on.

I also love surfing, and it really helps pull me out of that spiral most of the time. Exercise, in general, is great, I love going into the gym and getting out of my head and into my body. It’s usually a fantastic way to reset.

Grooming and skincare with influencer and content creator Ankush Bahuguna