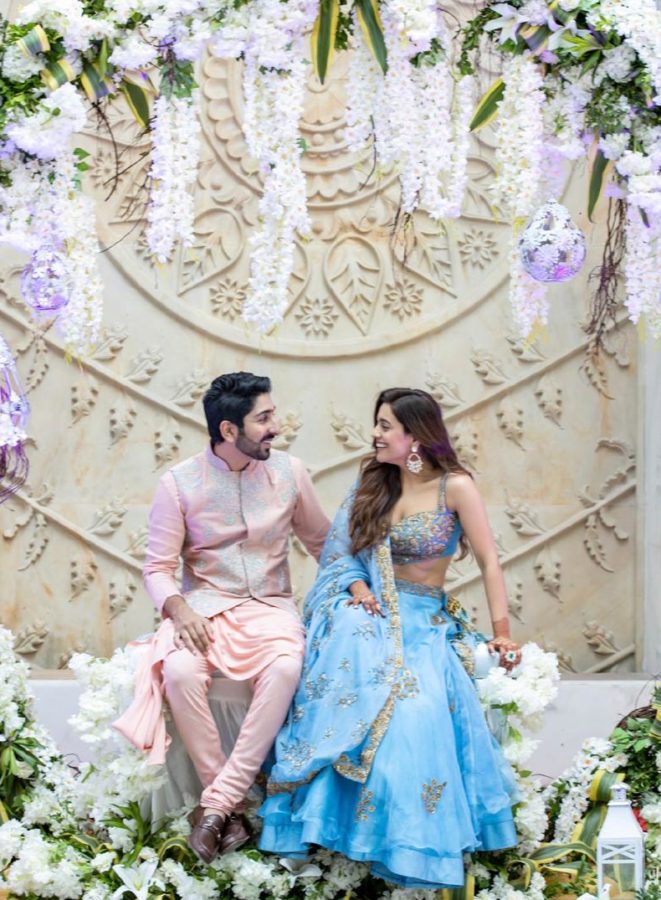 Getting engaged in the pandemic is one thing, but looking like a million bucks while keeping it simple and effortless is another altogether. Mehak Oberoi, celebrity MUA and artist in Residence at Bobbi Brown India, got engaged in lockdown with her friends and family in tow with the simplest of ceremonies. The engagement happened on August 2, 2020 at Four Seasons Hotel, Mumbai. “Having a function and inviting close friends and family and meeting your loved ones and being around with them was in itself a big achievement at a time like this. Initially, it did seem scary, but once everyone was there, it went better than expected,” explains Oberoi about her big day. She also explained that stepping out almost after five months and enjoying a day out was a different experience altogether. Her husband-to-be Manish Shah is an entrepreneur with Prime Facility Management Services. The ceremony at Four Seasons was as pandemic-proof as it can be. ” We got lucky because Four Seasons made it so easy and safe for us,” says Oberoi. 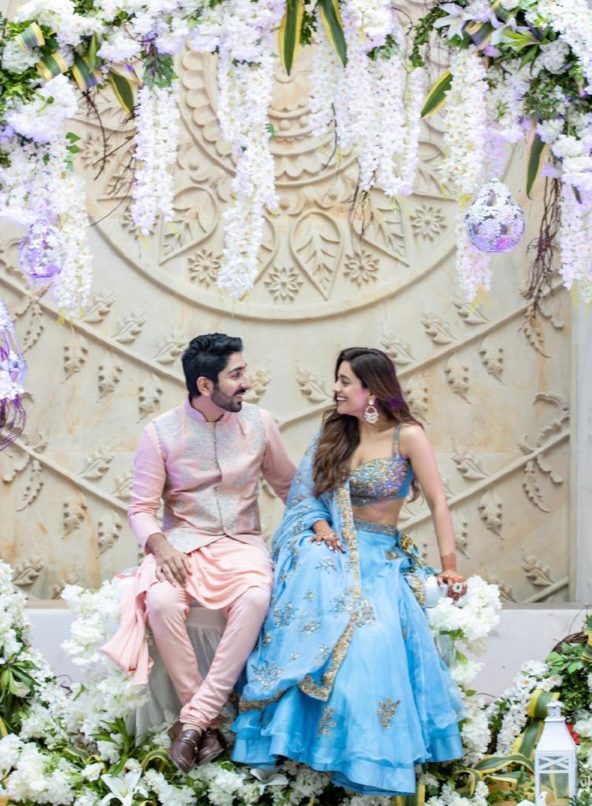 Her outfit was an offbeat colour choice – a breezy blue with a matching mask to boot with gold zardozi embroidery. The outfit was designed by her mom, who owns the label Pirohi. And her fiancé Manish was wearing a pastel peach outfit by Telon. “My mom selected the colour of my lehenga, and we decided to go with pastel blue because it fits a day event,” explains Oberoi. As for her makeup, it was all about staying soft and subtle. “I used a bit of gold eyeshadow and did my hair big and wavy,” adds Oberoi. 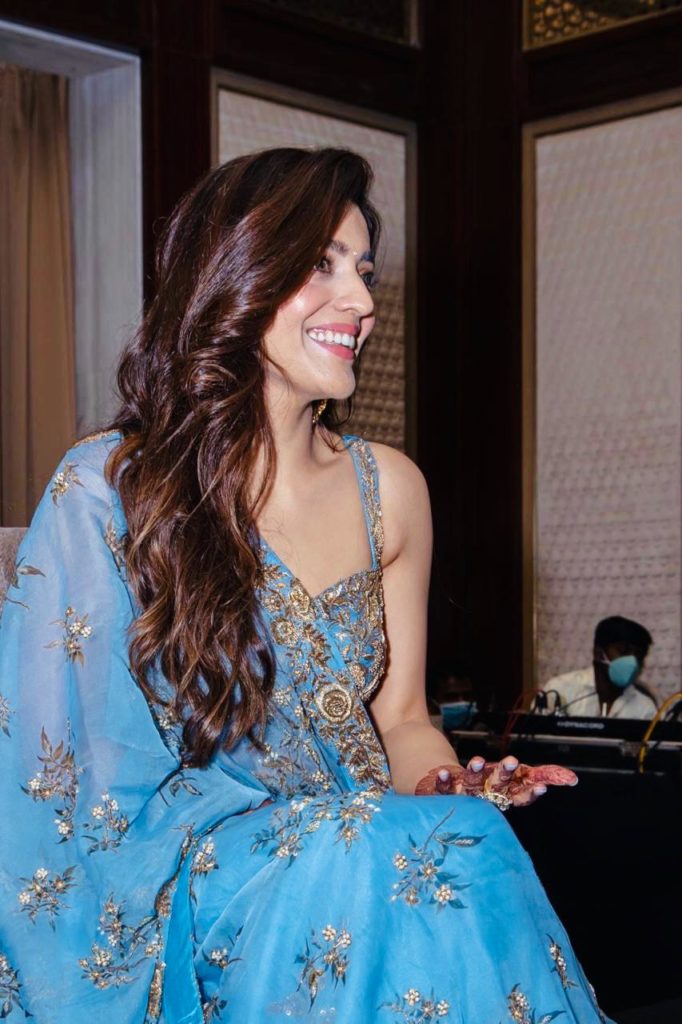 As for the makeup breakdown is concerned, it was 100% Bobbi Brown all the way. Here’s what she used in her routine: 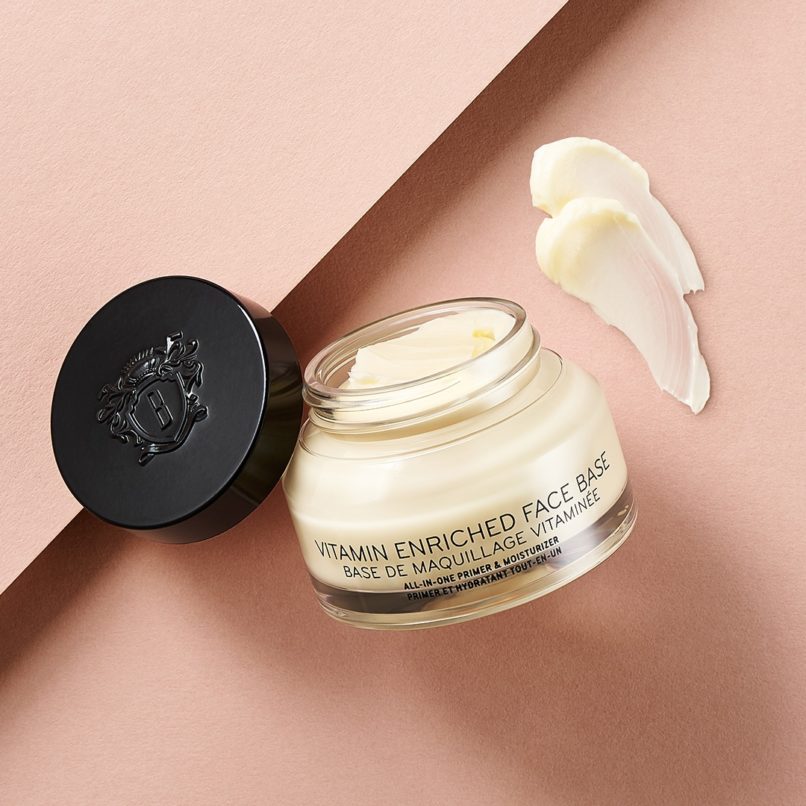 Bobbi Brown Vitamin Enriched Face Base, a thick primer that keeps your makeup in place. The Bobbi Brown Skin Foundation Stick in the shade Warm Beige and Natural fit my skin beautifully, and I used my favourite bronzer, the Bali Bronzer. As for the blush, it’s Maui, a cream blush. The eyeshadow was the Rich Gem Stone in Citrine, a beautiful gold. As for the lips, the Bobbi Brown Luxe Liquid Lip Velvet Matte lipstick Uber Pink was a great, simple choice. 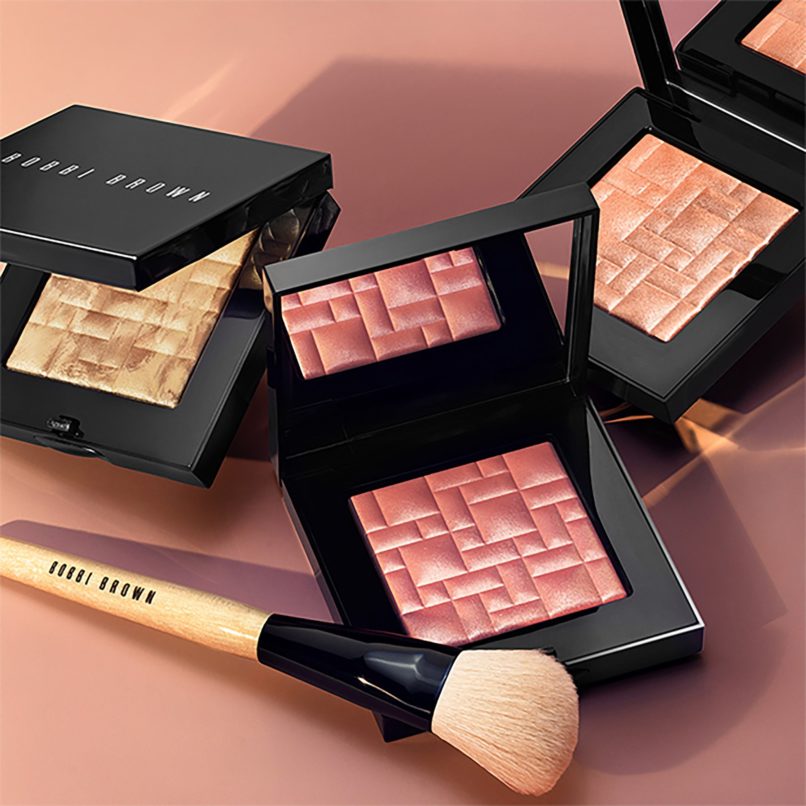 The highlighter is as shiny as they come with the Highlighting Powder in Pink Glow. I used the Perfectly Defined Long-Wear Brow Pencil in Rich Brown to brush up and to shape the brow. Lastly, I set the makeup with the coveted Primer Plus Hydrating 3-in-1 Setting Spray.

“We got to spend maximum time with each other and understood the importance of being together. As I had a break from my work and so did he – we realised that it’s the best time to do it,” Mehak Oberoi adds happily.